Bryce weighed in at 21.9 lbs (12%). This is exciting people!!! He passed his November clinic weight goal of 21.3 lbs!!! When I saw his weight flash up on the screen I let out a really enthusiastic YES! Bryce goes to clinic next week so there is a good chance he will put a little more weight on by then. Bryce's current height is 30-1/4" (56%). Although he currently has a cold, the doc said his lungs are nice and clear. Last Friday he started with some congestion so I decided to be proactive and added extra vest and started breathing treatments since then. The congestion seems to be breaking up and is clear so all good news. 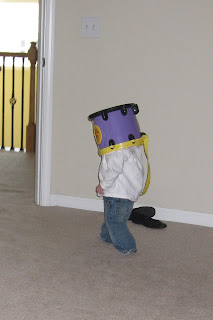 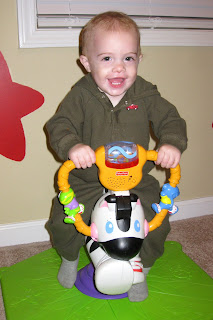 Bryce had 3 shots while we were at the doctor one of which was the H1N1 vaccination. I must admit I have had major hesitations on getting this shot for him, but ultimately I think I made the right decision. With 2 sisters in school the chances of him being exposed to the virus are pretty good. He has been a little cranky since then, but this is a typical reaction after he has shots, not to mention he has some horrible diaper rash. The doc prescribed a prescription diaper rash cream for him because Desitin wasn't cutting it. 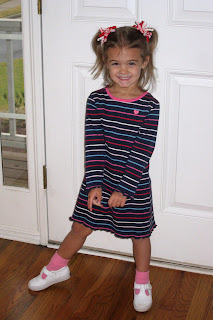 Jordyn had a busy day at the doctor. She weighs 33.6 lbs (37%) and is 40-1/4" tall (63%). Jordyn ended up having her hearing and vision tested. She also had her finger pricked to test for iron and lead. Her iron is low so they want her on a multi-vitamin with iron. She also got 3 shots and the H1N1 nasal mist. There were a few tears after shots, but they quickly dried up when she got a pink Popsicle and a toy from the "treasure chest".

Posted by Jen at 8:59 PM
Email ThisBlogThis!Share to TwitterShare to FacebookShare to Pinterest