Today's agenda included a trip up to North Georgia Mountains. My dad, aka, Pop joined us for the trip. First stop was to The Smith House in Dahlonenga, GA for lunch. The Smith House is a little Inn that has a dining room that offers up some delicious southern cooking. 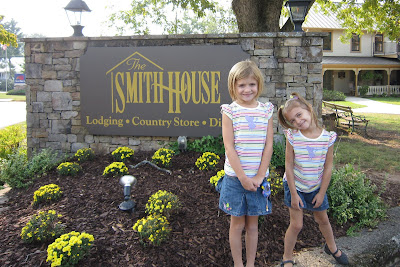 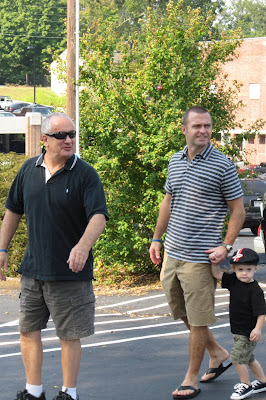 For this home-grown Georgia girl there is nothing better than a southern cooked meal. Eating real southern cooking is a treat because it's not good on the waist line if you know what I mean.
Lots of fried goodies, butter, and gravy...
but OH SO YUMMY!! 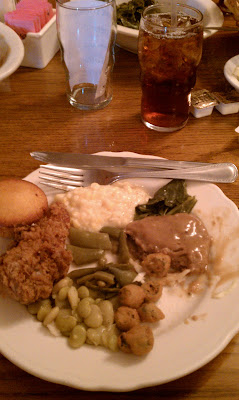 Umm..yea. It was so delish. 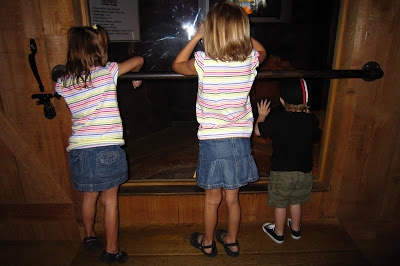 Looking at the mine shaft. Bryce said, "Oh noo broken!"

After lunch we made a 20 minute drive to the small town of Cleveland so we could visit Babyland General...home of the Cabbage Patch Kids. Going to Babyland General is somewhat of a tradition in my family. My parents used to take my brothers, paternal grandparents and I every year. My grandmother, who we lovingly referred to as Maw-Maw (how southern), loved going to Babyland General. My grandmother, Sydney, Jordyn and I all have dolls from Babyland. Might not seem like a big deal, but these little dolls are considered collectors items and are quite pricey...a few hundred dollars each. When I was about 7 or 8 I got one of these dolls from Santa. A few years later my grandmother got one. My dad bought each of the girls their own doll when they turned 3. The girls got to pick their doll, name them and go through the adoption process. Sydney named her doll Cece Honey. Jordyn named her doll Kendyll Lynn. My dad really enjoyed doing this for the girls and keeping this little family tradition going. 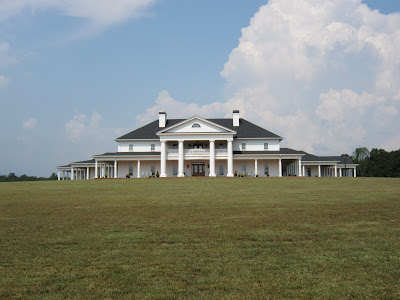 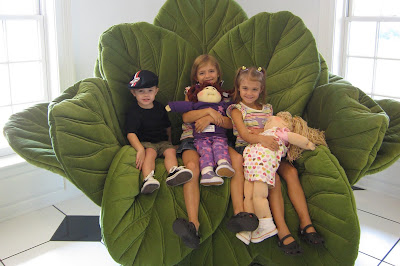 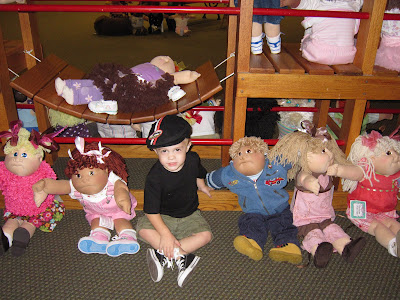 I'll take the cute one with the hat! 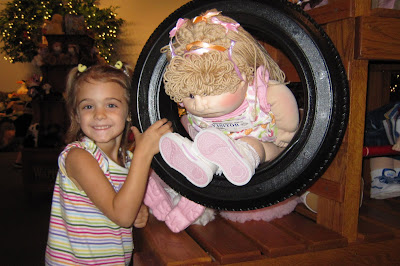 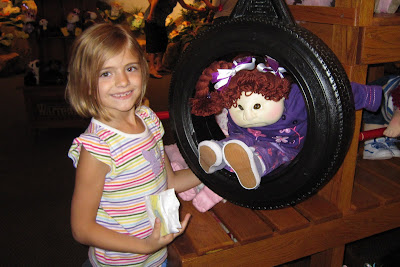 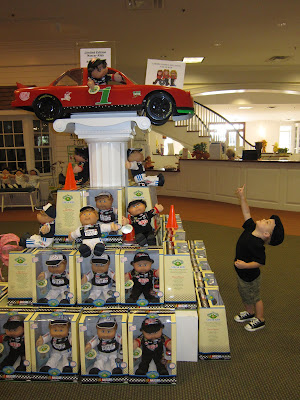 Boy was thrilled that there was a RACE CAR!! 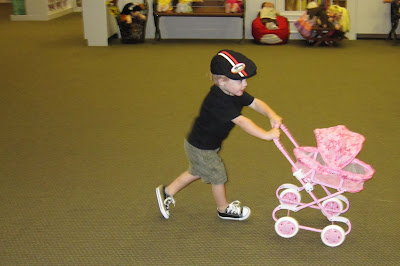 Who's crazy kid is that running all over the place and running into things and knocking them over. His parents need to keep him in check for realz.
To finish this evening off I took some me time and had my toes done! Such a nice hour of pure relaxation. Now I sit all comfy in my bed, blogging about my day while watching Modern Family and Cougar Town. Another fabulous day in the books.
Loving this fall break! 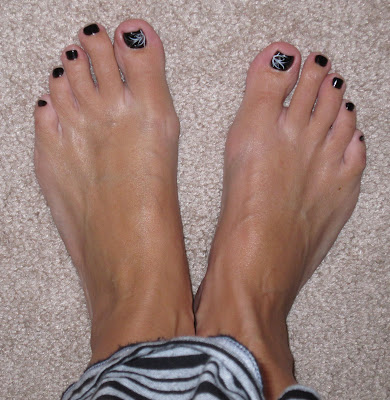 My pretty toes. My feet looking a little shiny from all the oil put on them. These are my Shiny Happy Feet.
Posted by Jen at 8:52 PM
Email ThisBlogThis!Share to TwitterShare to FacebookShare to Pinterest

That meal looks soooo nice, it's made me slightly hungry :)

So glad you are getting some good quality family time in. You'll need a rest when they go back to school!!