Finally getting around to posting about Bryce's first clinic of the year.
We headed down to CHOA this past Monday afternoon for our 1:10 clinic. Not super happy about our clinic being later in the day because it means we get to sit in lovely Atlanta traffic on the way home.
Boo.

I don't have a ton of news to report from this clinic...no news is good news.
Right?!
We are still waiting on culture results so I don't want to jump the gun. 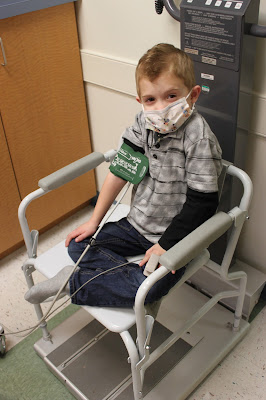 Bryce's weight came in at 40.7lbs and his height was 43". This put him at 65% BMI which makes everyone happy. Hopefully I don't jinx us but saying this, but Bryce has had a healthy go of it lately. We have had the usual congestion hear and there and some mild coughing, but nothing out of the ordinary so we are moving right along currently. Anytime he even hints at more than usual congestion or coughing I increase nasal rinses from once to twice a day and start him on Albuterol.
(Bryce only takes Albuterol as needed). 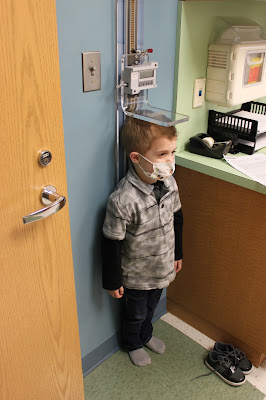 The clinic ended up being one of our shortest yet as we were only there for just over 2 hours. Bryce is doing so well that his pulmonary nurse didn't come in to check him like she normally does. She just stuck her head in the room and said "I hear our guy is looking good!" His GI doc did the same thing, which is fine with me because I really didn't have anything to discuss with them. Bryce's poops have been looking exactly as they should for a while now so I know we are good on his enzyme dosage and calorie intake. With that said mealtime battles are the same. Getting Bryce to get the proper calories is a job in and of itself. Slightly stressful, but it's worth the effort since he is doing good on weight. 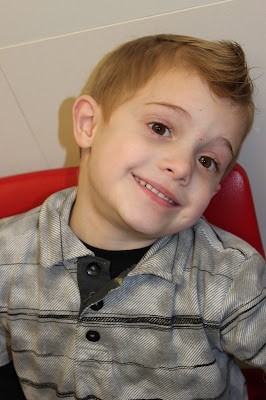 His pulmonary doctor spent the most time with us. She said that he looks and sounds good other than some drainage in his throat. The drainage is not coming from the back of the throat, but more from the front side of the throat just under the adenoids. Since the drainage is from the front she wants me to take Bryce to see an ENT to check on the size of his adenoids. Since she can't see those she wants to know if they are enlarged, which could cause him some problems down the road. I haven't had a moment to even call the ENT to make an appointment, but I'll get to that eventually.
Yah...another specialist! 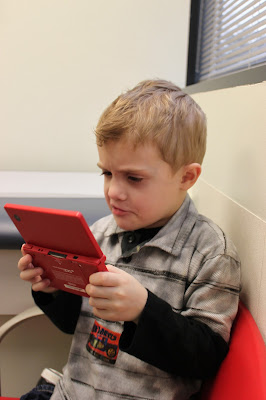 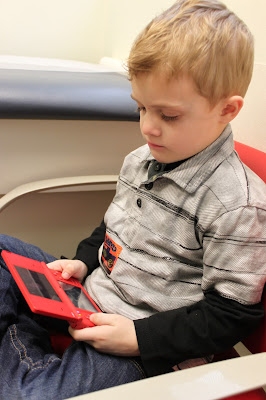 And that my friends is pretty much it. A very uneventful clinic, which to me is the best kind! Even better that we didn't hit ANY traffic on the way home...crazy! We will keep doing what we are doing and hopefully get through this nasty cold and flu season unscathed. If I hear anything abnormal from the culture results I'll of course let everyone know. 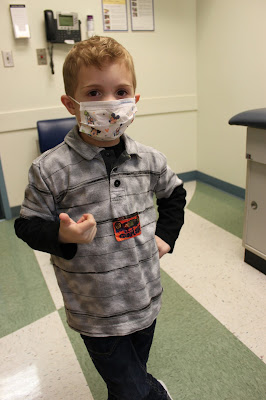 On the eczema front:
Bryce is looking MUCH better. The areas that were the worst have been taken care of with the cortisone cream. You can still feel the eczema all over his body, but it doesn't feel like sandpaper now; he is still bumpy, but his skin has definitely improved. He is not itching as much so that makes me happy because for a while there he was pretty miserable. We go back to the dermatologist in 2 weeks. 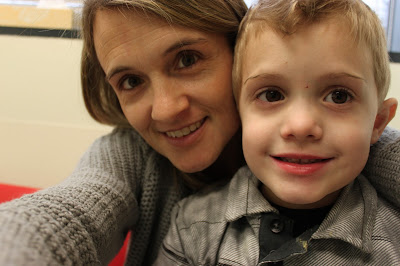 And here is this Friday's Flashback picture... 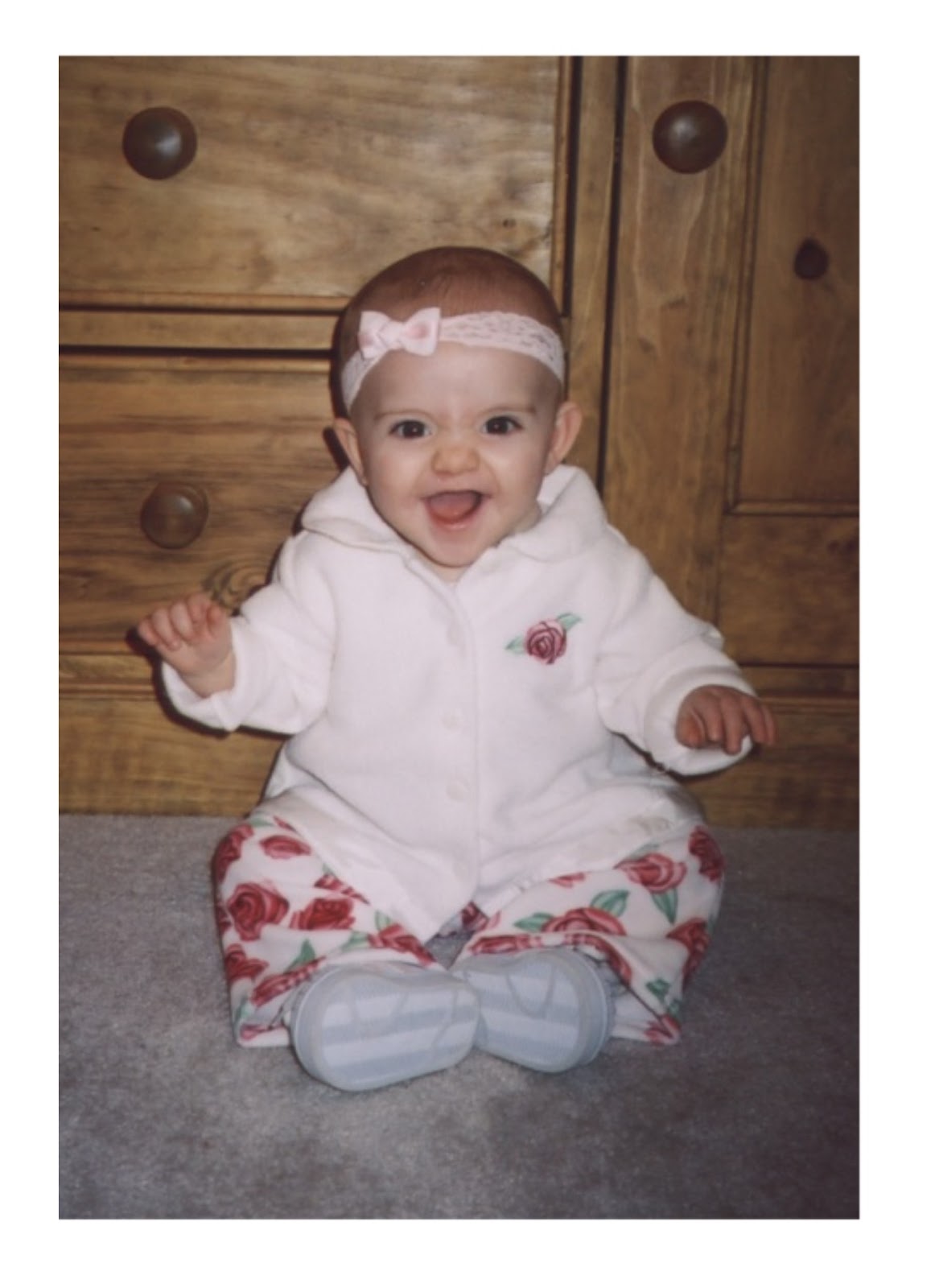 Here is 7 month old Sydney.
Such a cutie.
I can still see this face on her when she flashes her big and beautiful 9-year-old smile.
NINE.
Geesh.

Oh yea...Team Bryce Bryce Baby is gearing up so get ready!!
Info coming to you soon!
Posted by Jen at 2:19 PM
Email ThisBlogThis!Share to TwitterShare to FacebookShare to Pinterest

Go Bryce. Great BMI! Does he do hypertonic instead of abuterol in the mornings? Or just the vest. Very interesting about using abuterol only as needed. We have to do it twice a day. Good job mama!

Uneventful clinic = WIN! Glad to hear Bryce is doing so well. My daughter, Adalyn, is scheduled to get her vest next clinic appointment. Any name brand recommendations?