My mom came to the house today to take the kids and some of their friends to see Seussical The Musical at our church. Before they left they had a little picnic lunch in the driveway. 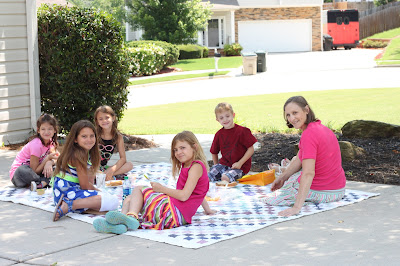 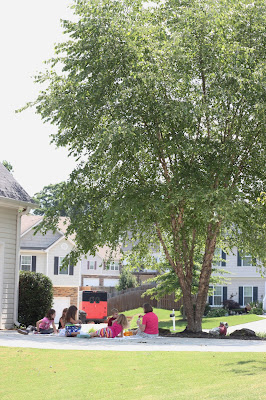 Since the kids were gone for the afternoon and evening, Bryan and I met my brother and his friend at Lake Lanier. 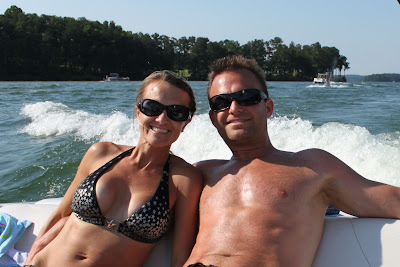 My brother talks about how much fun wake boarding is so I was excited to finally give it a try. They say 3rd times a charm because on my 3rd attempt I finally got up and got going a little before wiping out. My goal was to actually get up so I was pretty pumped that I did it. I would have kept going, but in my first 2 attempts I think I strained some muscles in my forearms. It literally hurts to type this blog!
I guess this is one of those "you're getting old" things. 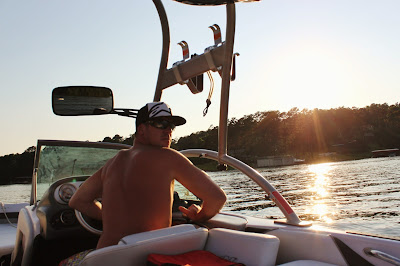 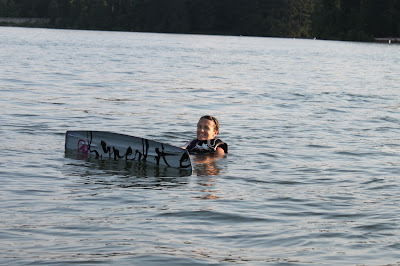 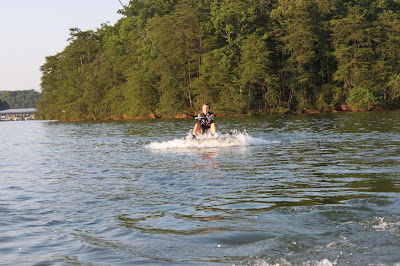 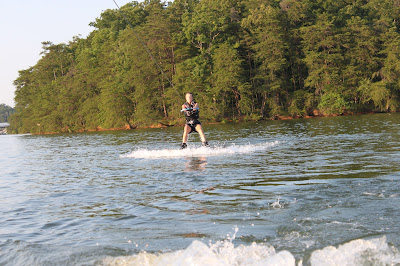 Bryan has gone wake boarding twice before today and after a few tries was up and going! I was slightly envious that he stayed up for so long, which really made me wand to try again, but y'all...I have really done a number on my arms. I know, I know...wah wah. 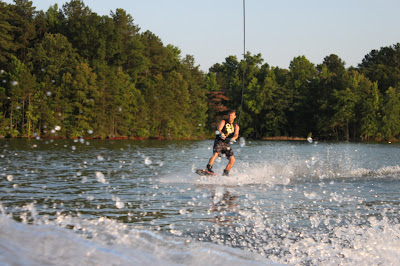 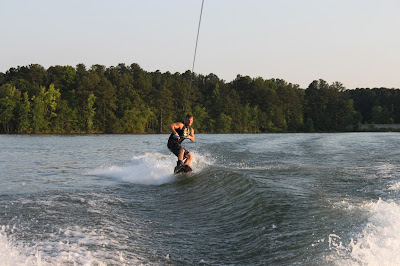 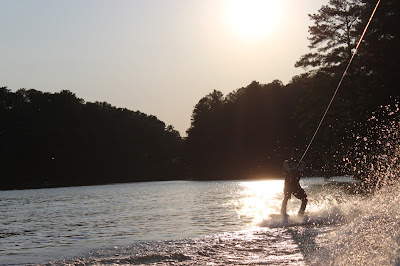 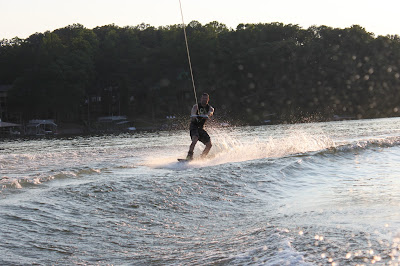 It was fun doing something different than our norm and I'm looking forward to getting out there and trying this wake boarding thing again.
A girl could get use to lake life. Just like she can get used to being a beach bum. 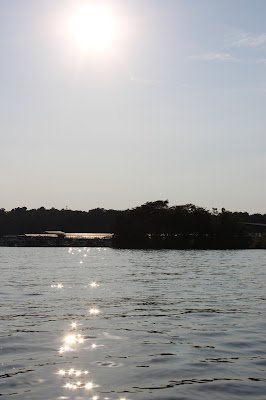 Posted by Jen at 11:59 PM
Email ThisBlogThis!Share to TwitterShare to FacebookShare to Pinterest