August Clinic and the Girls First Day of School

Wow.
What a day!
My plan was to drop Bryce off at school, work out and then blog about our August clinic visit and the start of school for the girls. That didn't pan out as I have about 20 minutes before I need to pick Bryce up from school. So much for getting stuff accomplished.

Let's start with August clinic visit.
On Monday we made a trip to CHOA for clinic. Bryce asked me all morning if it was time to go to clinic because he loves going that much. I did forewarn him that he was having blood draws so he would have to be stuck with a needle. Even with this information he was excited to go.

A rather uneventful and quick clinic. Quick as in 2 hours and 15 mins verses the usual 3 to 3-1/2. We got out of clinic just in time to miss the wonderful Atlanta traffic. Overall Bryce had a great check up. His BMI dropped a from 70% to 58%, but I was honestly expecting it. He gained .5 lbs, but he grew a little over an inch. He is still in the "green" zone so as long as we are there everyone is happy. His lungs sound great, but he has major nasal congestion. This is pretty typical for him in the cooler months so I didn't realize just how congested he was until they showed me. He has some serious gunk/drainage in the back of his throat, which I got to see and let me tell you...pretty gross! I slacked off on the daily nasal rinses this summer so we are back to daily rinses and of course Flonase twice daily. 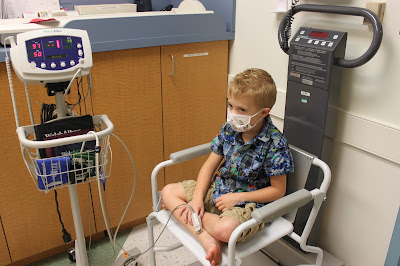 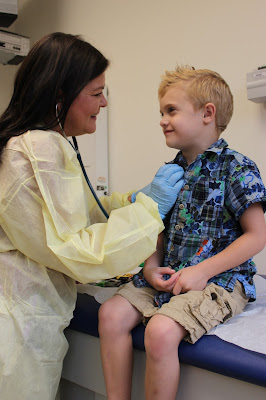 He blew for PFT's and I don't know the details of them, but I was told that he blew a 100, which I know is good stuff so that is happiness. He isn't the best at blowing into the machine as he wants to make a noise while he is blowing and on top of that the kid can't stand still. Ha! We brought the mouth piece home so he could practice blowing into it while he is on the vest. This will also help with his huff cough, which he still struggles with. With that said, my mother-in-law came up with a great idea at work the other day to help him with the huff cough and so far it's working perfectly. He is blowing into a latex glove which fills the glove up like a balloon. Bryce thinks this is pretty cool so for the last 2 vest sessions he has been nailing the huff cough. Thanks Honey! (We have tried the spoon, a mirror and a tissue and none seem to keep his attention so here's to the latex glove approach). 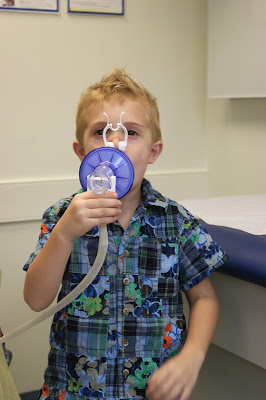 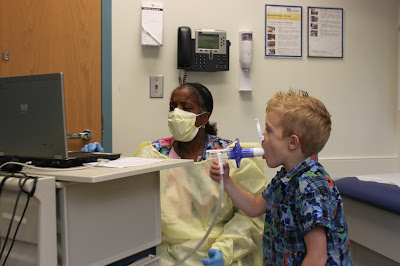 When it came time for blood draws he was a serious rock star. I was quietly worrying to myself because they didn't put the numbing cream on his arms, which they normally do. The nurse that came to do the blood draw was named Bryce and his birthday is a day after our Bryce so we all thought that was pretty cool. Plus I think Bryce thought it was cool to have a guy drawing his blood. It was like a Bryce dude fest. Y'all...my little man didn't flinch, cry or whine when the needle went into his arm. He sat so still and watched as he had 5 or 6 vials of blood taken from his arm. I was totally impressed with my brave boy. He handles everything like such a stud. 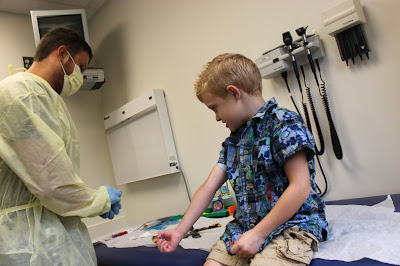 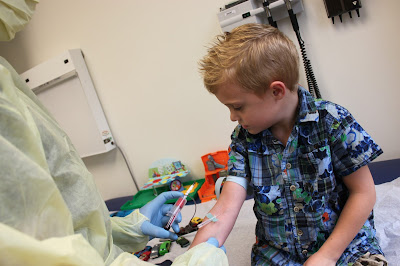 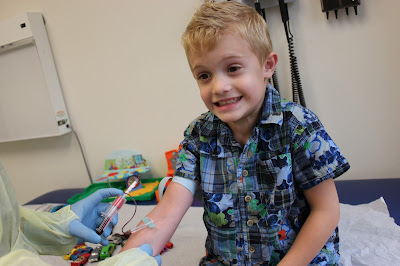 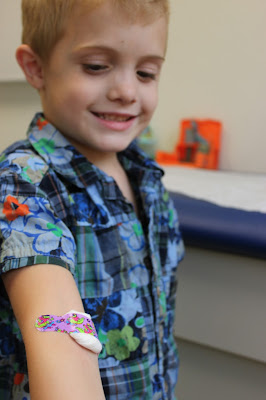 Now we wait, which is the hard part. We wait on the blood results and we wait on those pesky throat culture results. Hopefully we will have information from those in the next week or so and hopefully they will be clear because I can tell you all that I do not want to deal with anything else right now. That's not asking much is it?! 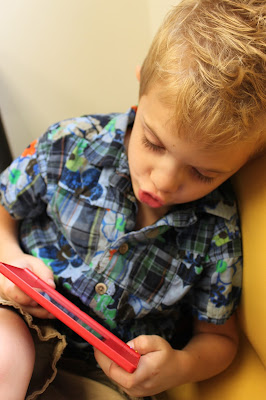 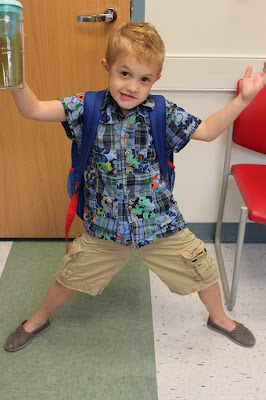 The same day Bryce had clinic, the girls had their first day of school! Jordyn started 2nd grade and Sydney started 5th grade...her last year of elementary school. Geesh! It was a big day for everyone, especially since the girls rode the bus home for the first time ever. School release and clinic overlapped and since it was the first day of school I didn't want to confuse the school by having someone else pick the girls up so my dad helped me out by coming up to the house to meet the girls when they got off the bus. Of course Sydney being the getting older and more mature by the second girl that she is told Pop that he really didn't need to be there because she had it all handled.
That girl is funny! 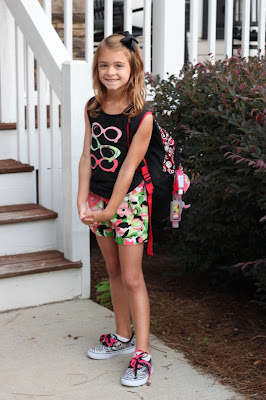 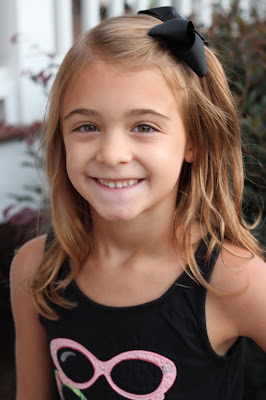 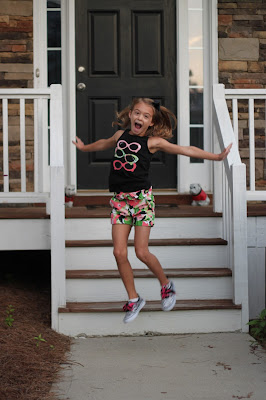 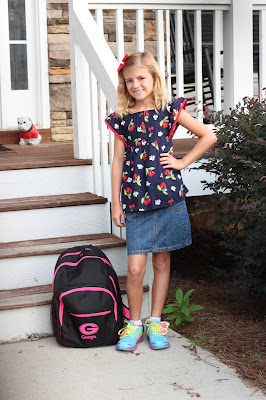 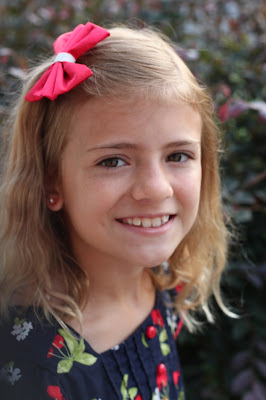 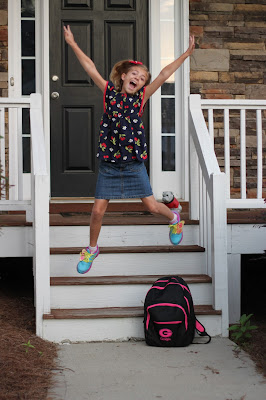 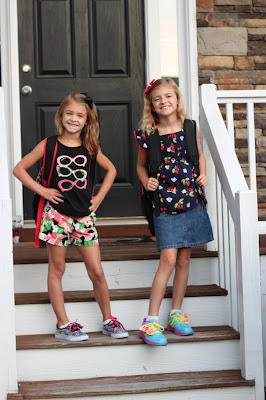 178 days to next summer....just sayin'.
Today Bryce had his first day of Pre-K and needs it's own post so I'll have that posted soon.
It's been an eventful day to say the least.