We Slumbered. We Survived.

Well I'm a little late with this, but better late than never!
The slumber party for Jordyn's 8th birthday went VERY well.
Apparently we got lucky, which was just fine with us! 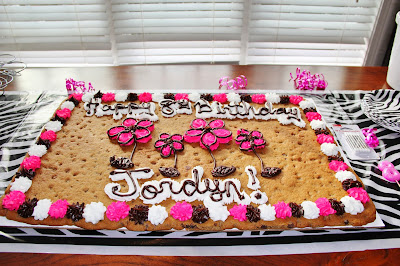 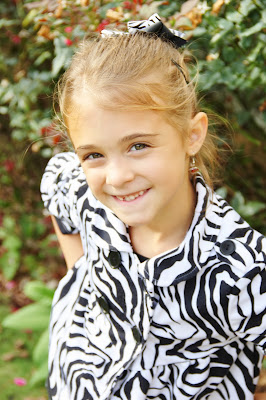 We had 13 girls show up for the party and we had 8 sleep over. We started the party off with a treasure hunt. I was worried this activity would go by too quickly, but it worked out perfect. There were 12 clues, which let them to a treasure or a fun activity at each stop. The treasure hunt took almost an hour and the kids loved it. At the first clue the kids all got a bag to put their treasures in as the hunt went on. Big thanks to my baby brother Jay for helping the kids with each clue. The kids loved him...and let's be honest, I think he was having a blast too. 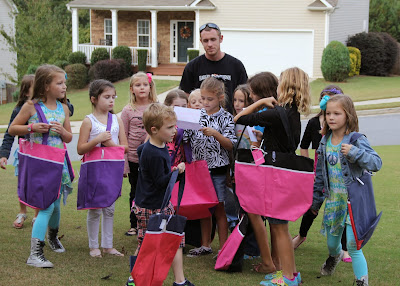 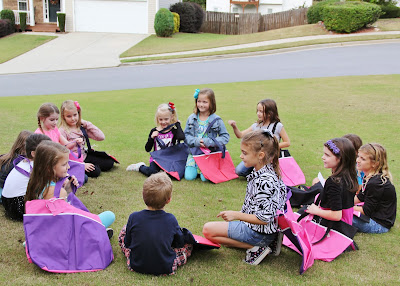 After finding their bags they had to sit in a circle and introduce themselves and tell how they know Jordyn. Some of the girls didn't know each other so I figured this would be a good ice breaker. 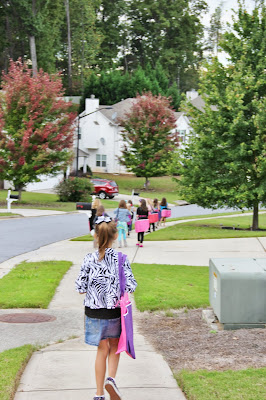 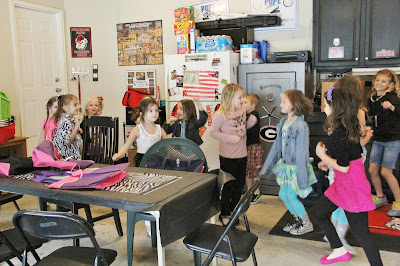 Everyone had to show their best dance moves to earn the next clue. 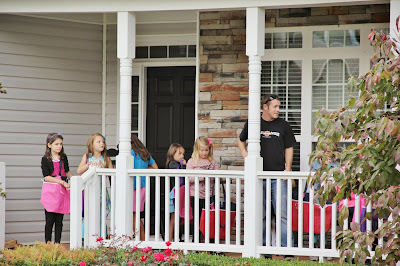 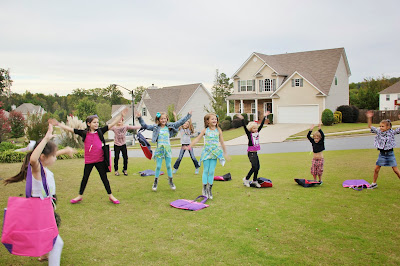 They had to do some jumping jacks and push-ups.... 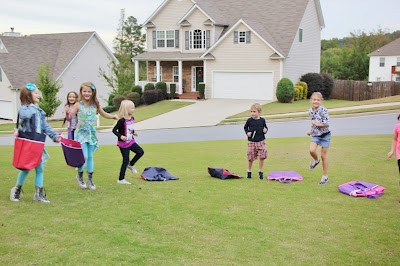 As well as some running in place. 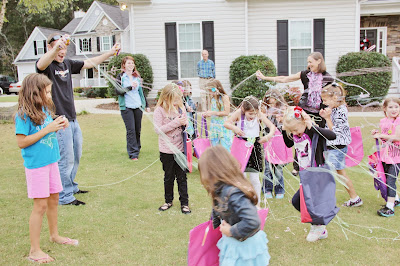 After exercise and  high-fiving each other they got sprayed with silly string! 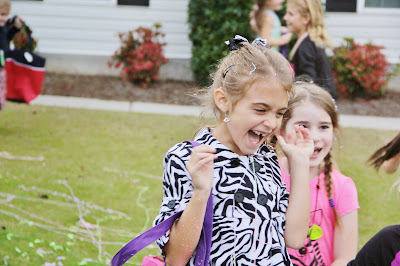 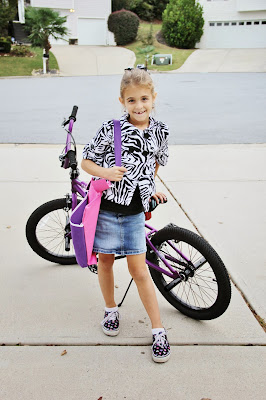 For the last clue Jordyn had to wait by herself on the driveway. 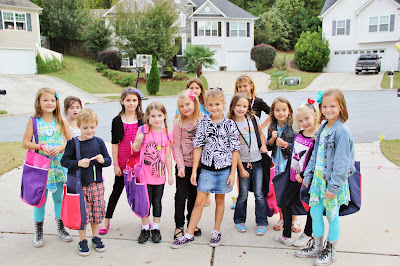 Finally her friends came out to join her... 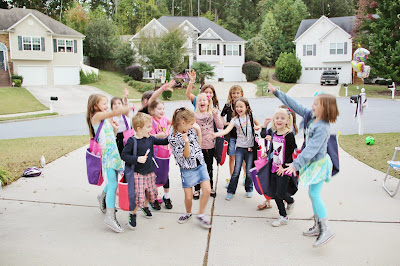 To throw confetti on her and yell: HAPPY BIRTHDAY JORDYN!! 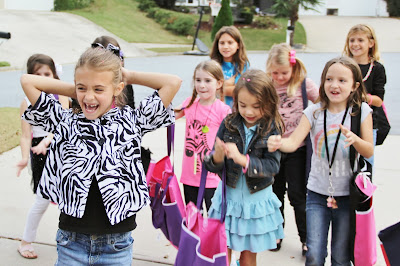 After the hunt we did the usual party stuff. Pizza, presents and cake. From there we put a movie on, which was kind of crazy, but we made it through. After the movie some of the girls went home and the kids left got ready for bed. The girls watched a little TV and then it was lights out. Bryan and I had the baby monitor on so we could hear everything going on, which I was hoping would be entertaining, but it was pretty uneventful since everyone fell asleep really fast! 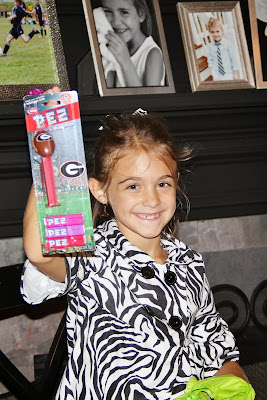 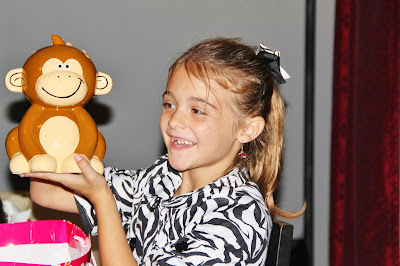 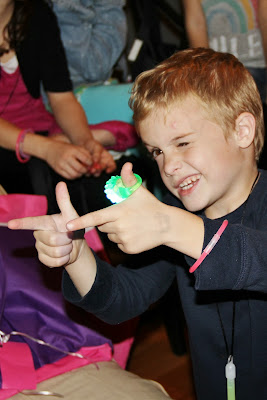 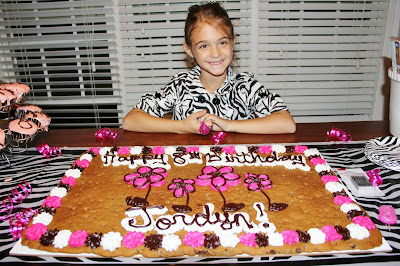 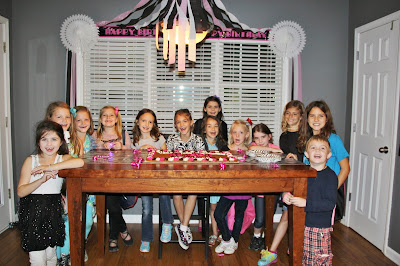 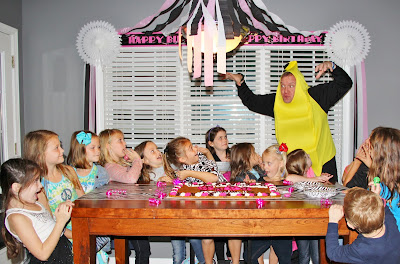 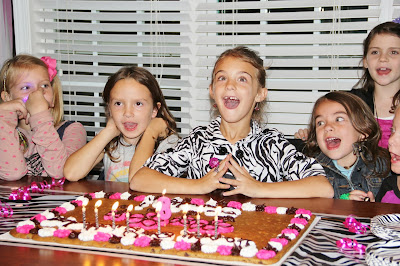 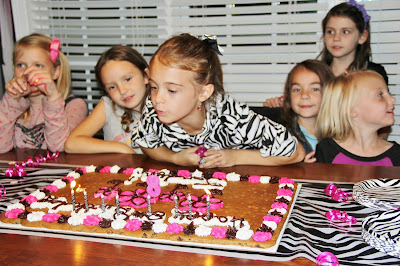 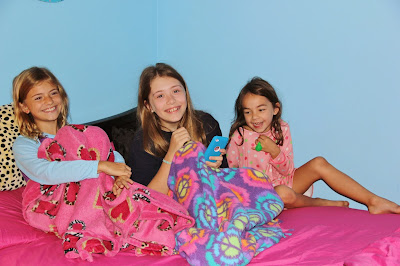 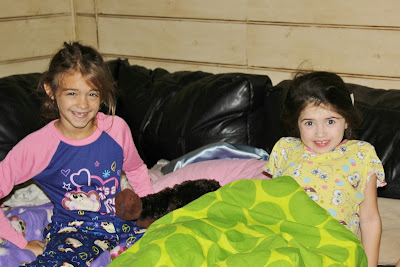 The next morning we had a carb loaded breakfast. Figured I would load the kids up with sugar before sending them home. While eating breakfast the girls all took turns taking pics with the mustache pencil. So cute. 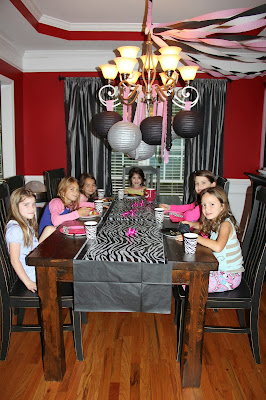 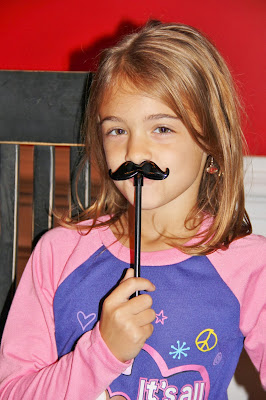 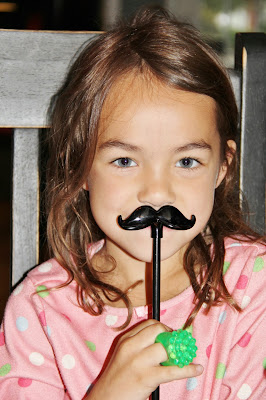 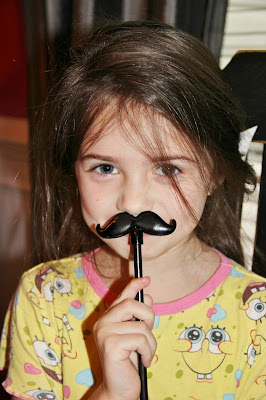 It was a great little party and it was so nice to get to know all of Jordyn's friends better (and their parents too!). She has herself a fabulous group of sweet friends.
I had to post this picture of Bryce...not happy having to sit at the table by himself and finish his breakfast while the girls played downstairs. How cute is that face though?! 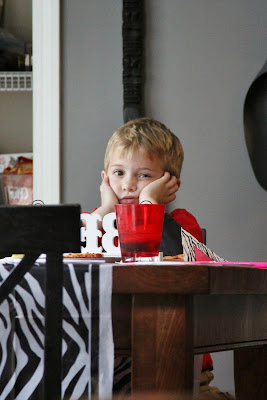 Posted by Jen at 11:07 AM
Email ThisBlogThis!Share to TwitterShare to FacebookShare to Pinterest