V is for VACATION: The End.

Our last day of vacation arrived way too fast. The day was overcast with showers predicted for the evening. We started the morning off with a stroll to the Boardwalk Bakery for breakfast. From there we finished our walk around the boardwalk and then headed back to the room to put on our swim suits. The pool was a little chilly, but that didn't stop us from taking several trips down the water slide. After some pool time we decided that ice cream for lunch was in order.
It was vacation after all!

Before we knew it was time to get ready for the Mickey's Not So Scary Halloween Party (MNSSHP) at the Magic Kingdom. We were so excited to dress up and go to the party. We were hoping that the weather would cooperate and it did for about an hour before the rain set in. From there the night slowly started to unravel for us. The rain was coming down pretty good so we were slightly miserable. Ponchos were definitely in order. Around 9:15 Sydney started saying she wasn't feeling very well. By 9:30 our girl was throwing up. We had hoped it was because she rode Space Mountain 2 times in a row on a full stomach, but during the fireworks show she was throwing up again. Poor thing tried to make it through, but she was feeling pretty awful and continued to throw up so after the 2nd parade Bryan took her back to the room. I stayed with Bryce and Jordyn since Bryce wanted to ride Thunder Mountain again. We finally made it back to the room around 12:40 am. Around 2:30 Jordyn started throwing up and about 30 minutes later I was throwing up. It was not awesome! It was a LONG night to say the least. We're thinking it was food poisoning, but who really knows. Since we had such a long night we got a late start getting on the road Saturday. The car ride home was definitely a long one for us girls.

So that's how our amazing week at Disney ended. We really want a do-over on the MNSSHP. If we make it back to Disney next year during the same time frame we definitely will do it again and probably wear the same costumes since we pretty much wore ponchos over them the whole night. Aside from the last night of rain and being sick we had a blast at Disney as usual. Our next trip may or may not already be in the works. What can I say...we are hooked and love us some Disney! 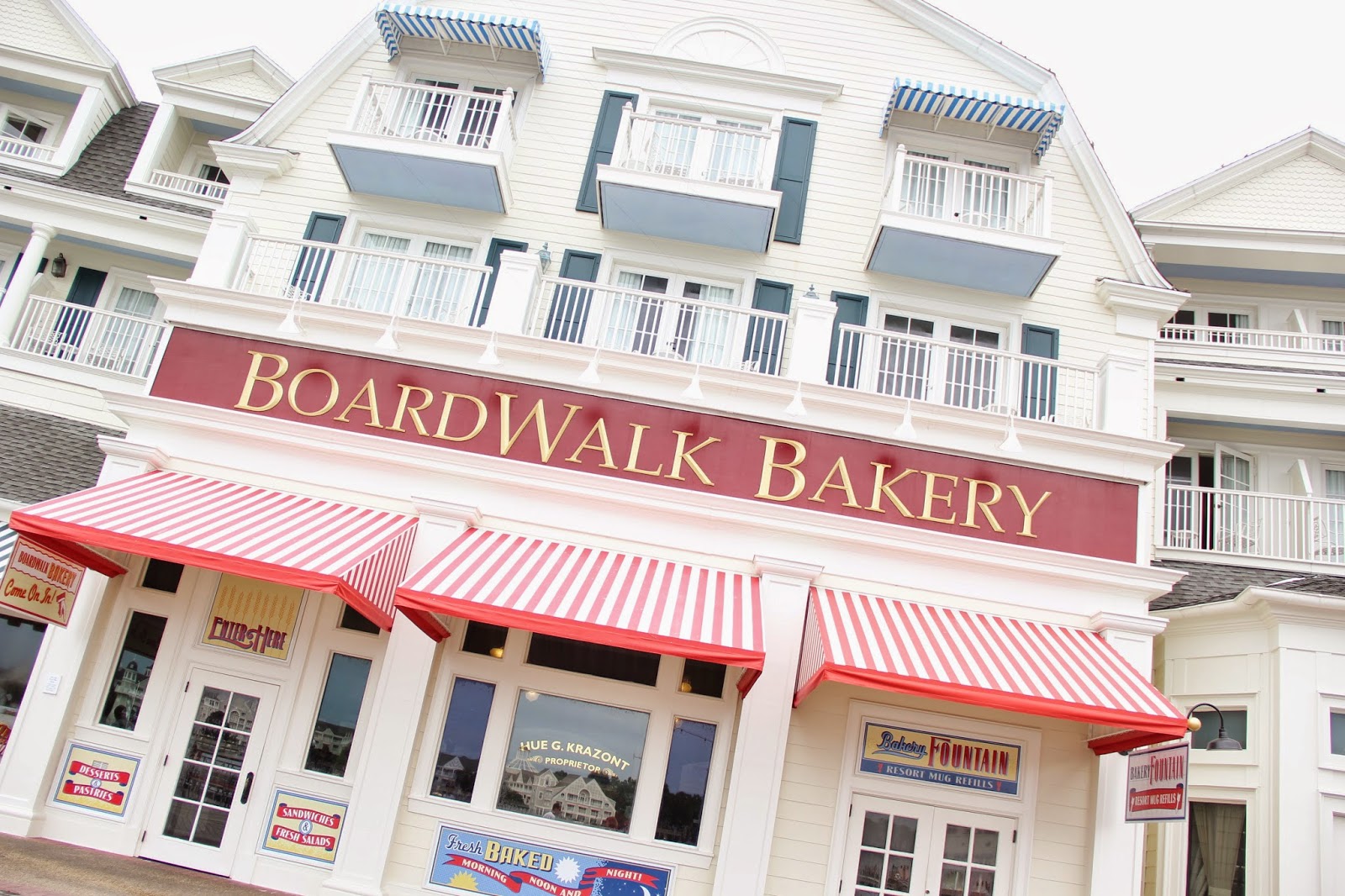 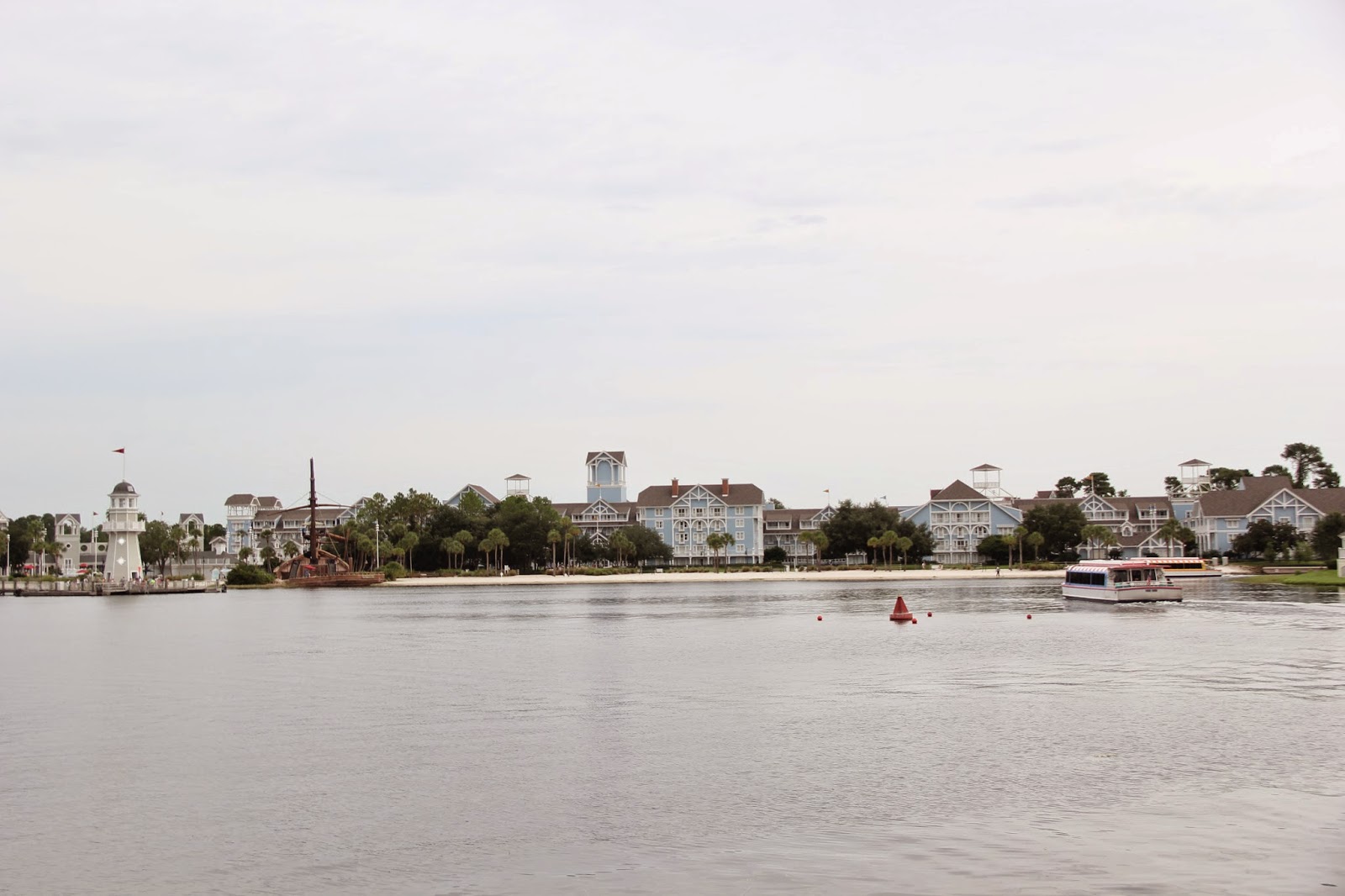 View of our resort from the bakery on an overcast day. 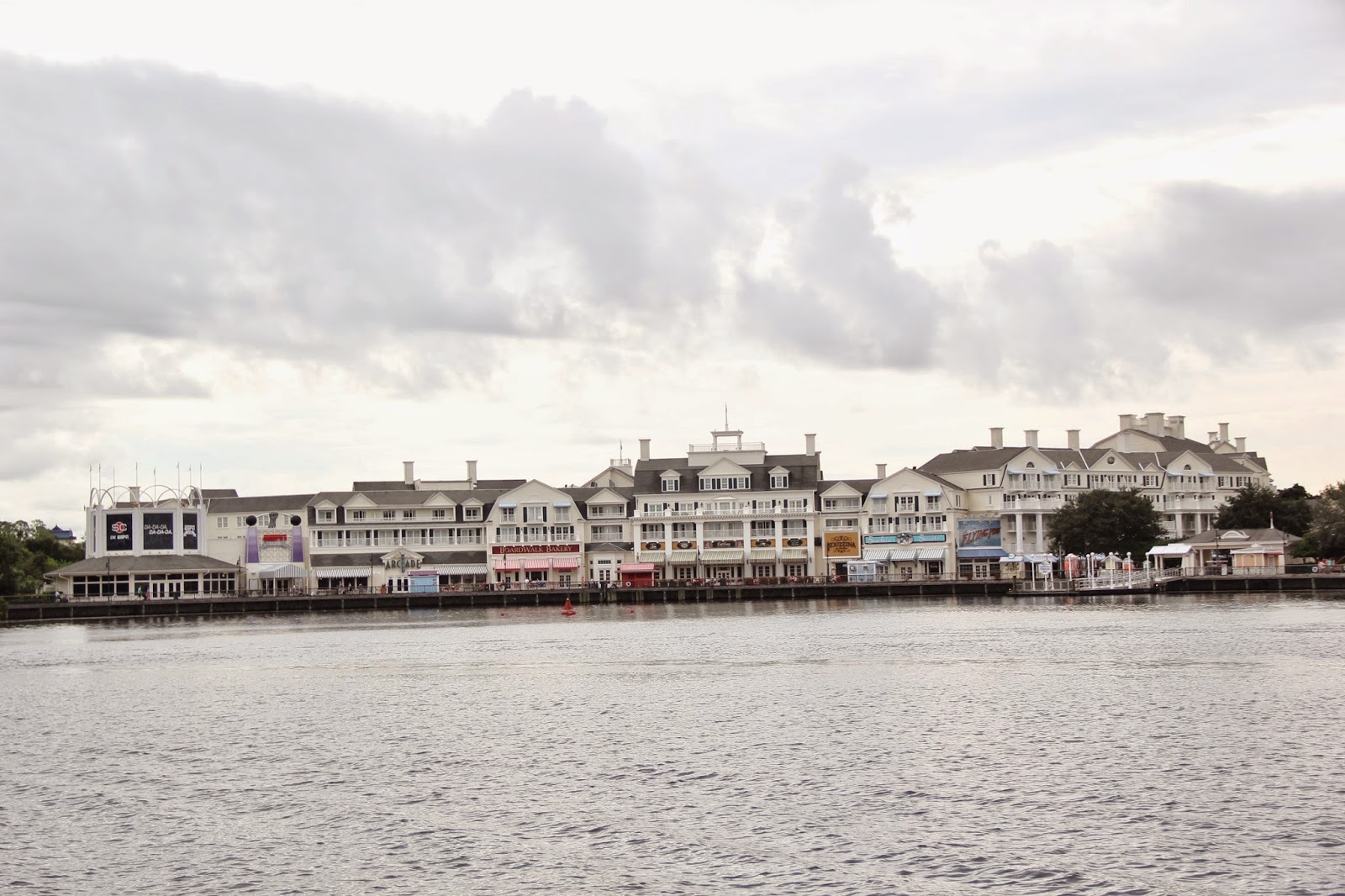 View of the Boardwalk Bakery from our resort. 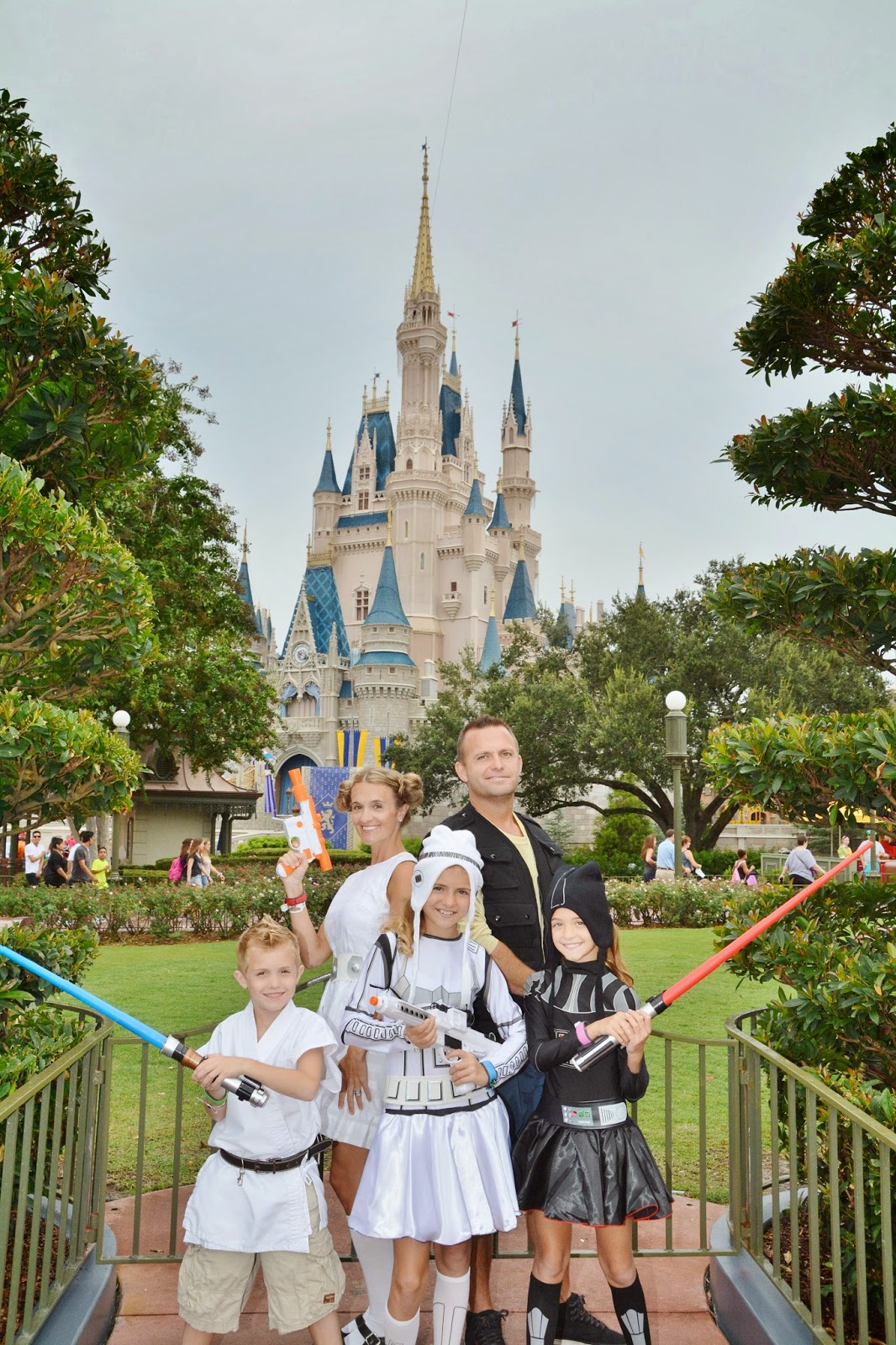 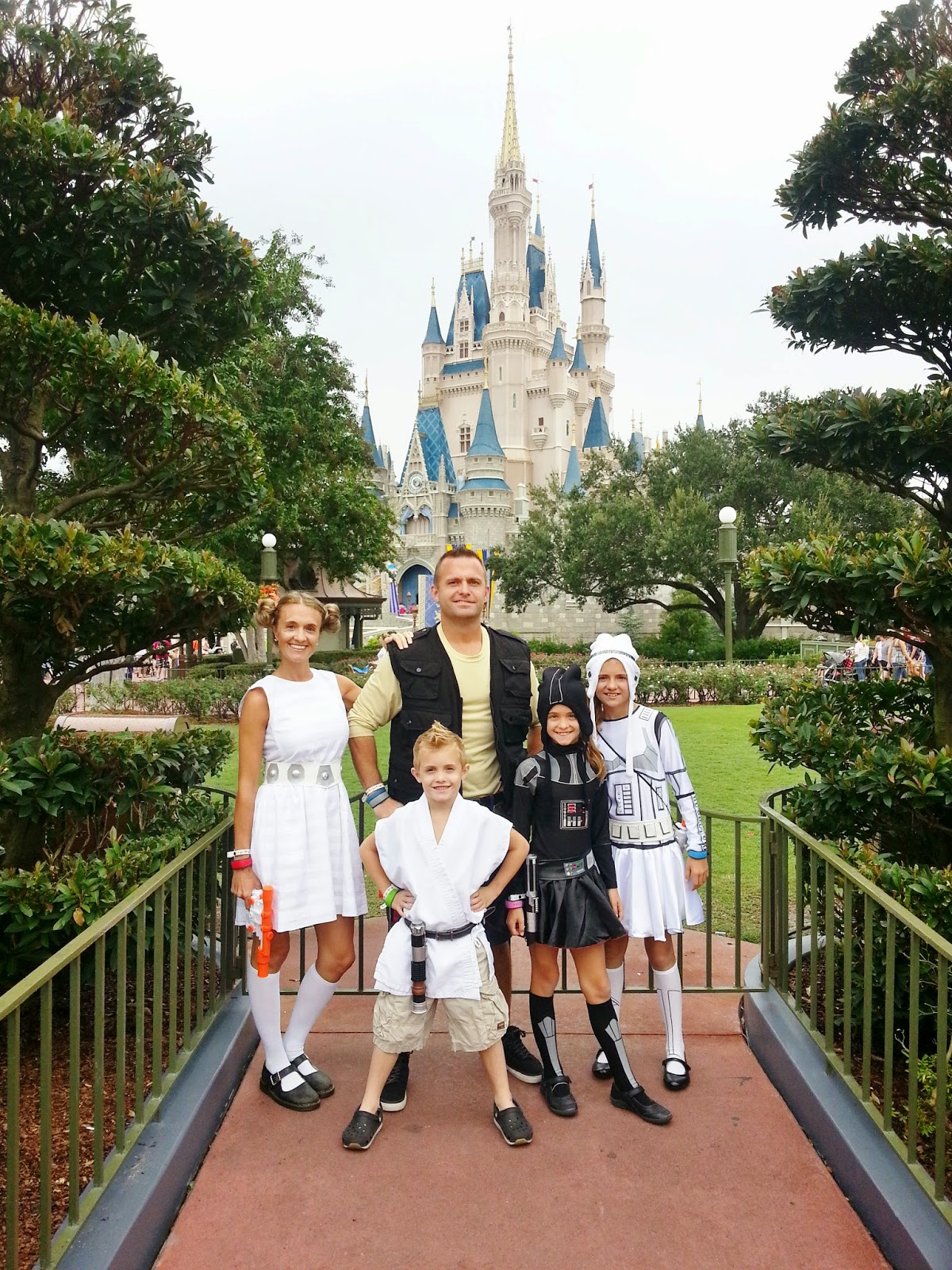 I'm just realizing while posting this that I am missing photos of us with the Seven Dwarfs. We waited in line to see those guys and I don't have the pictures in my account! Hopefully Disney will find them for me. 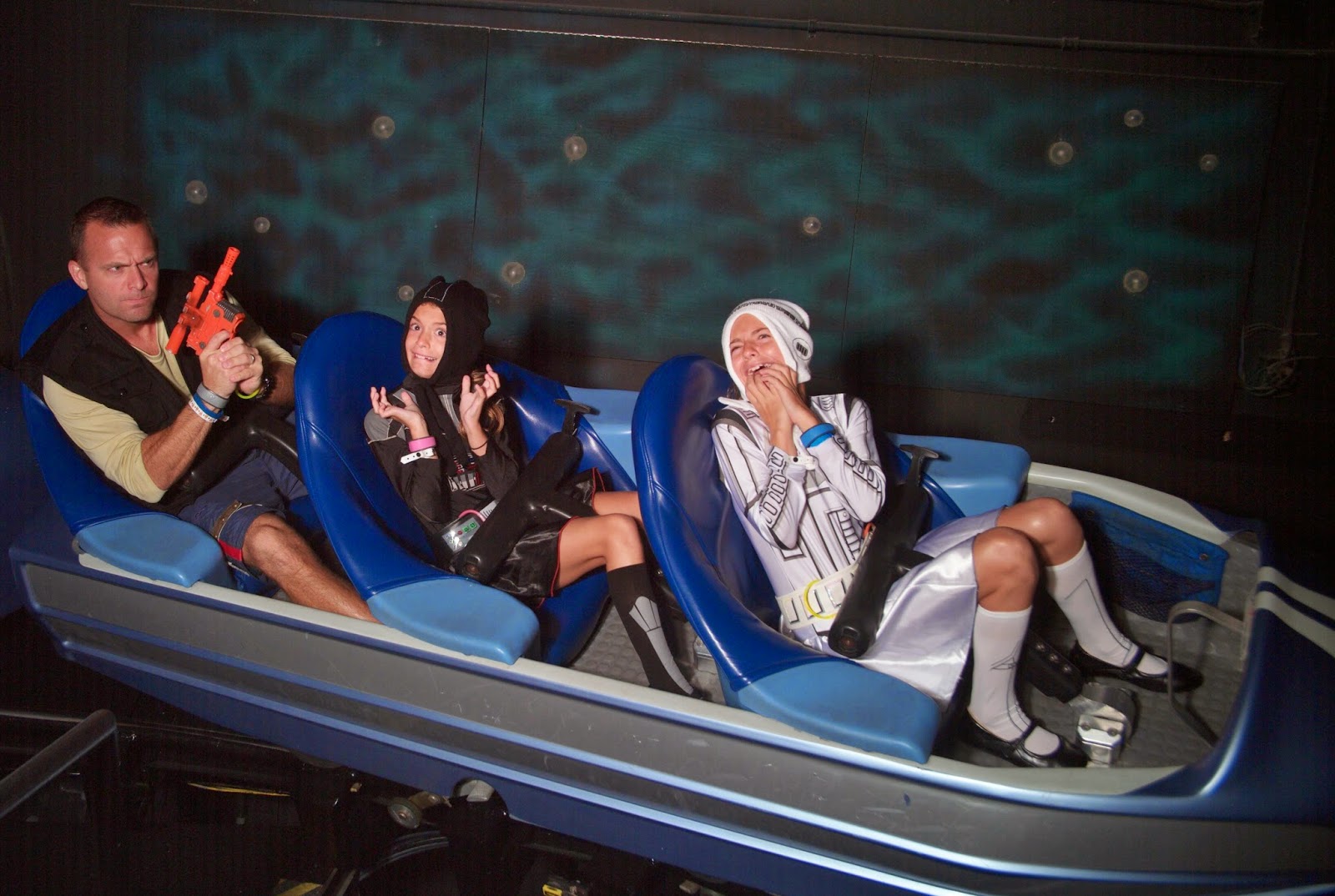 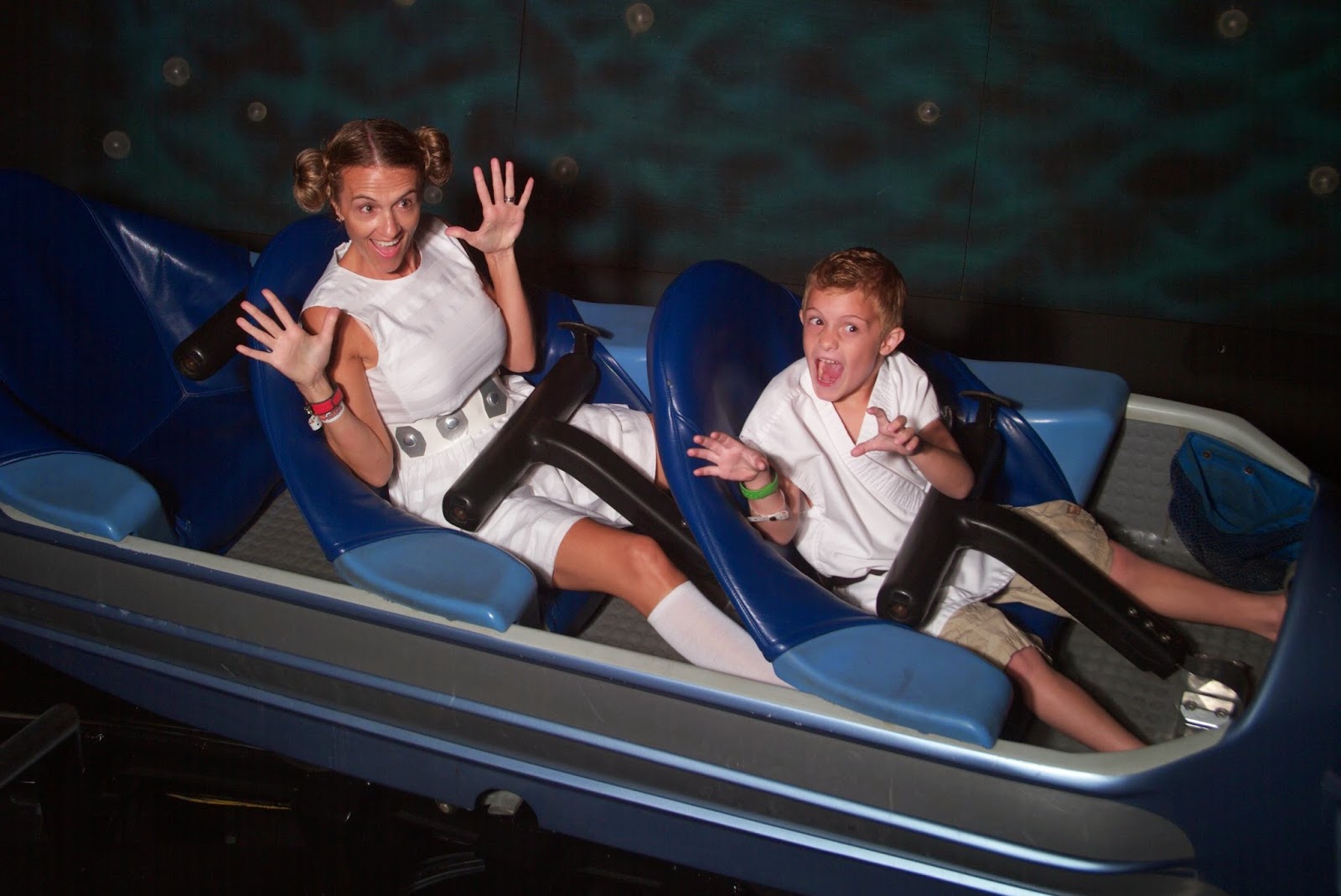 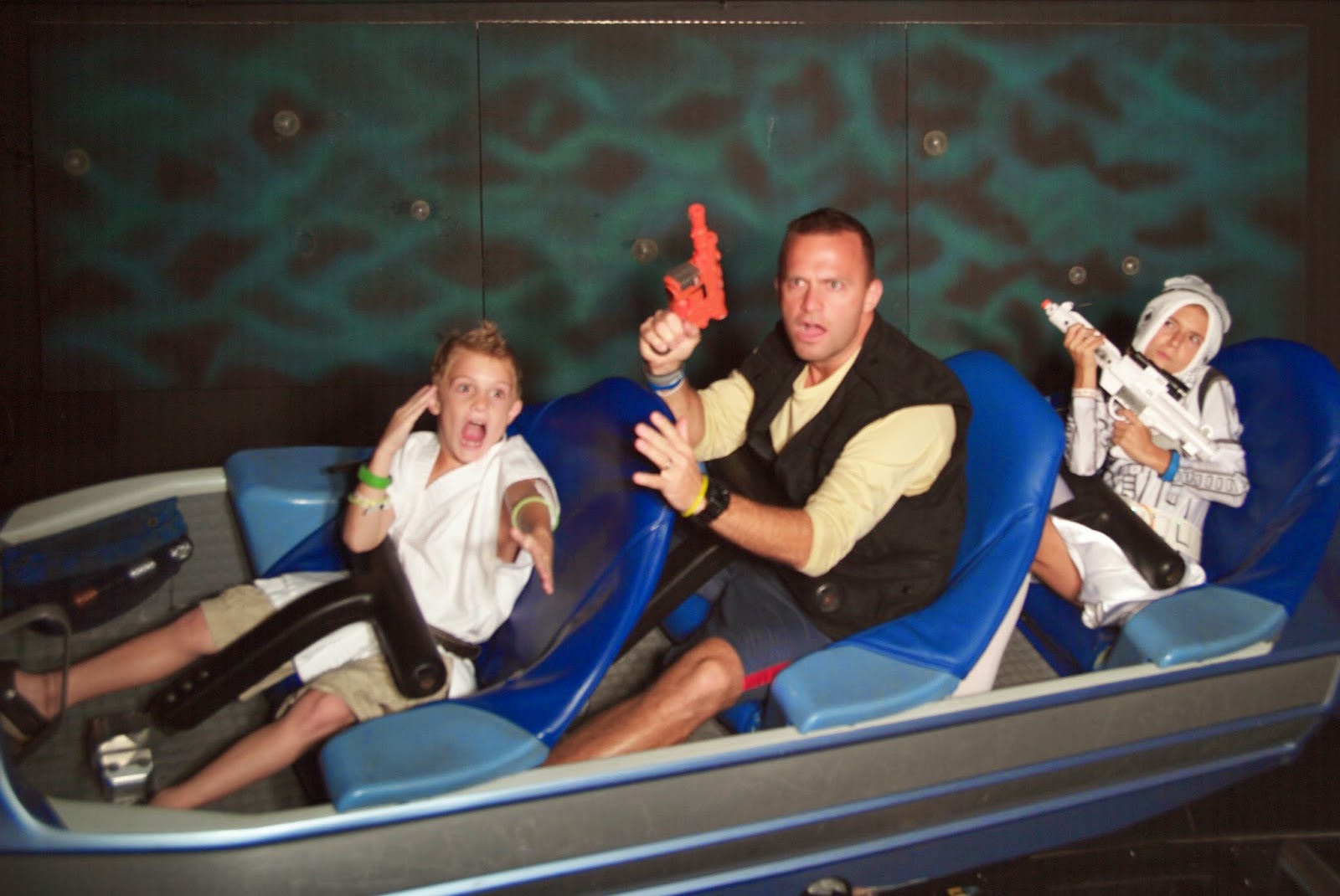 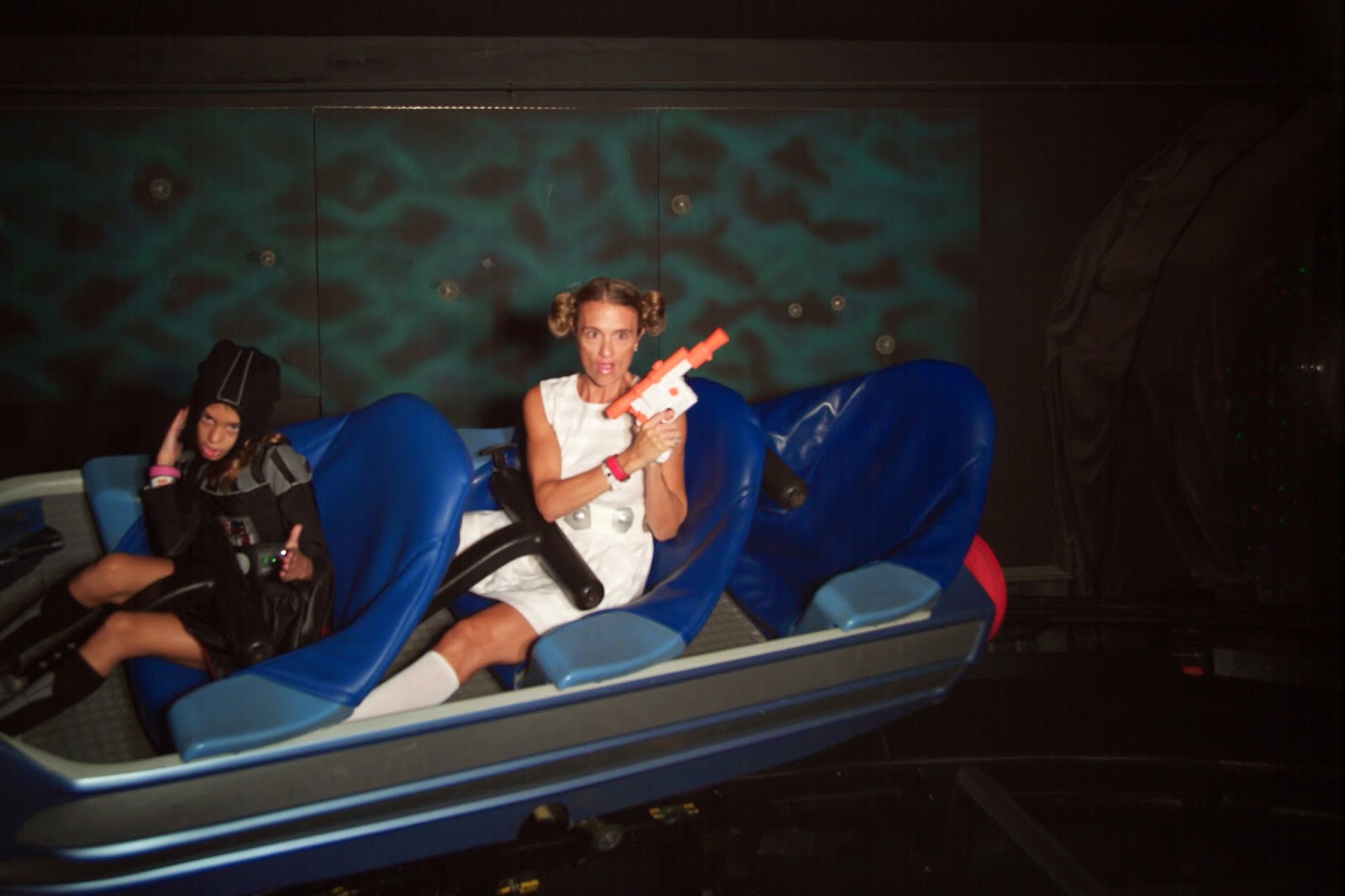 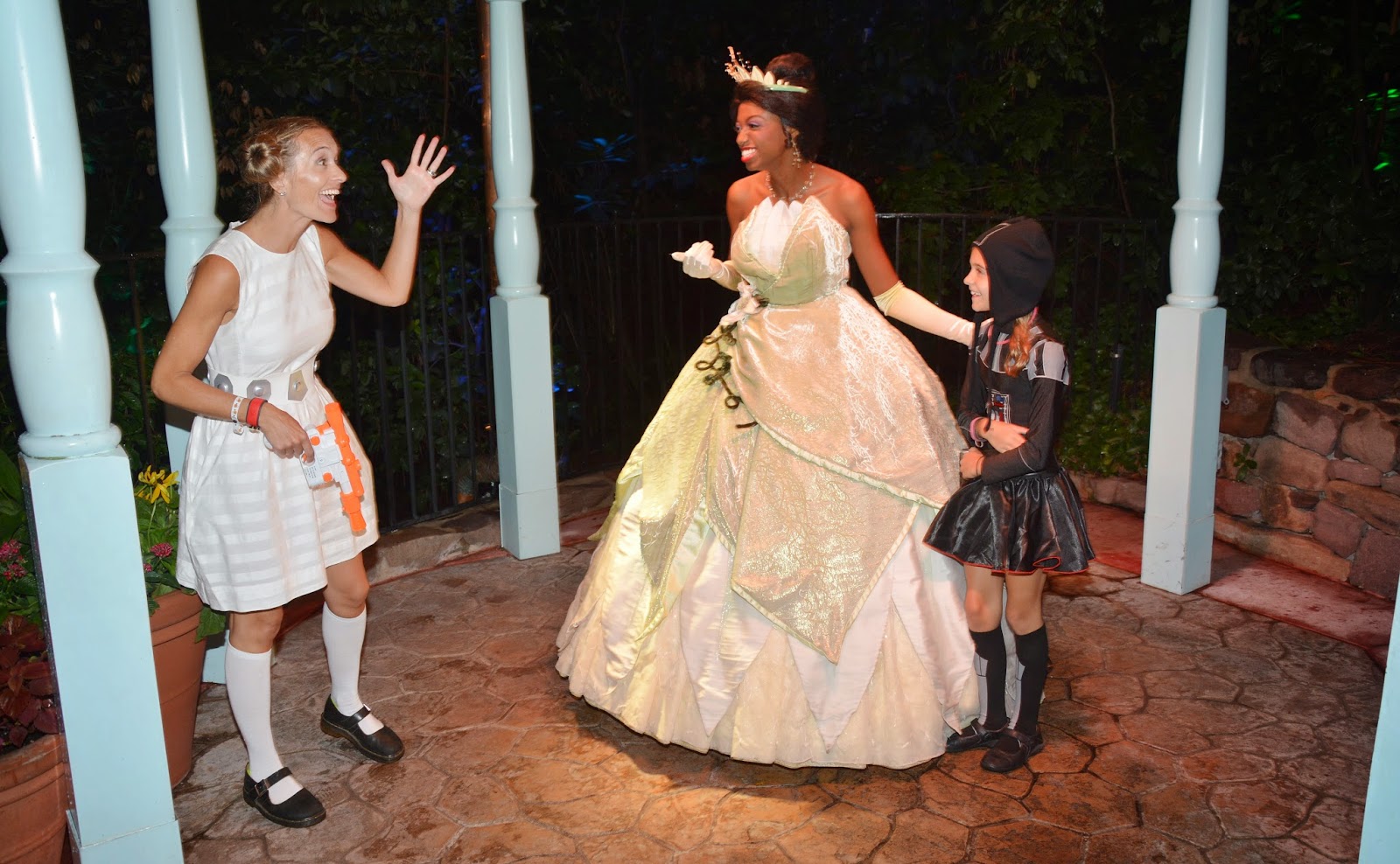 Oh ya know...just chatting it up with my good friend Tiana.
This princess was so cute and sweet! 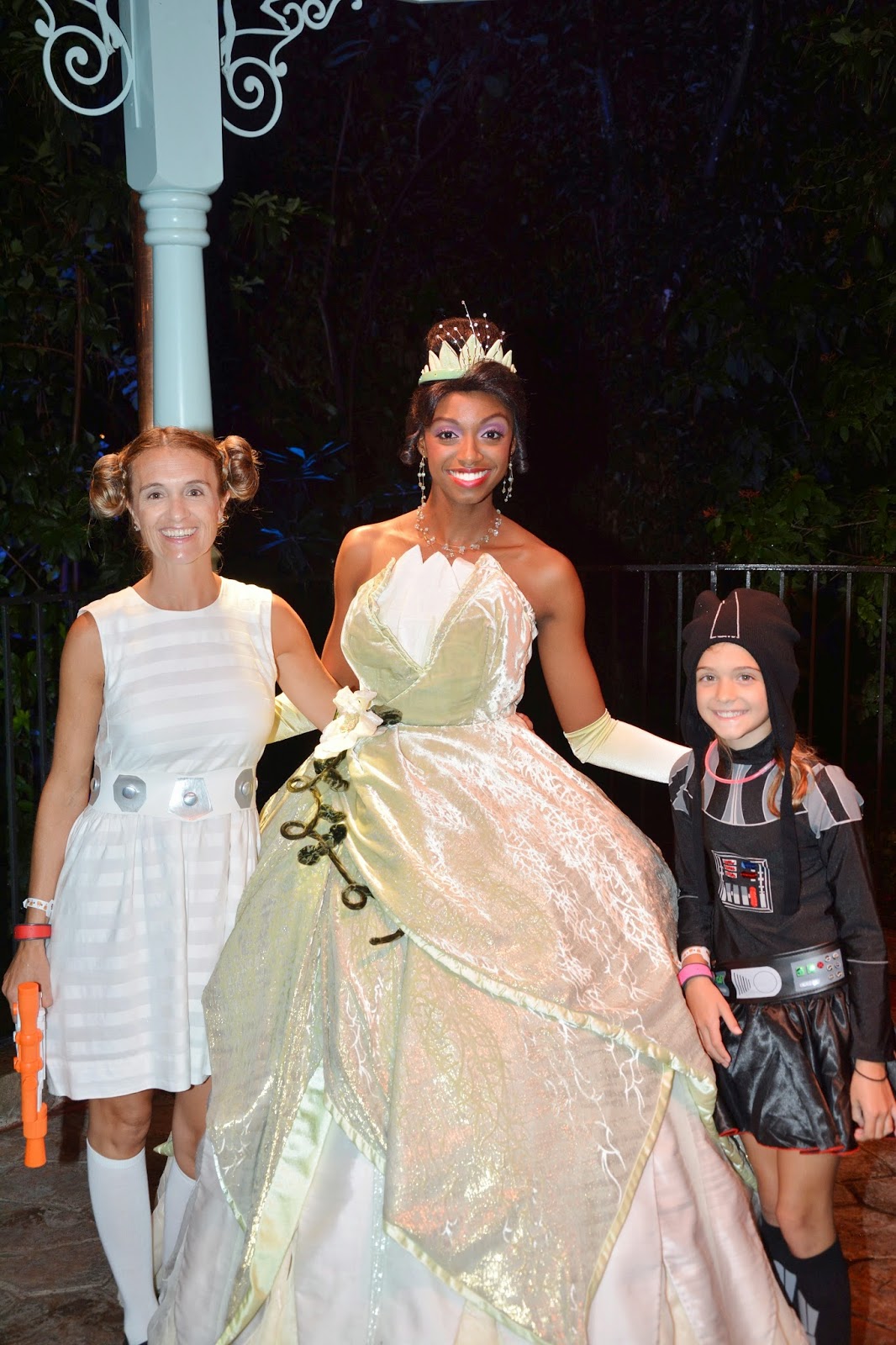 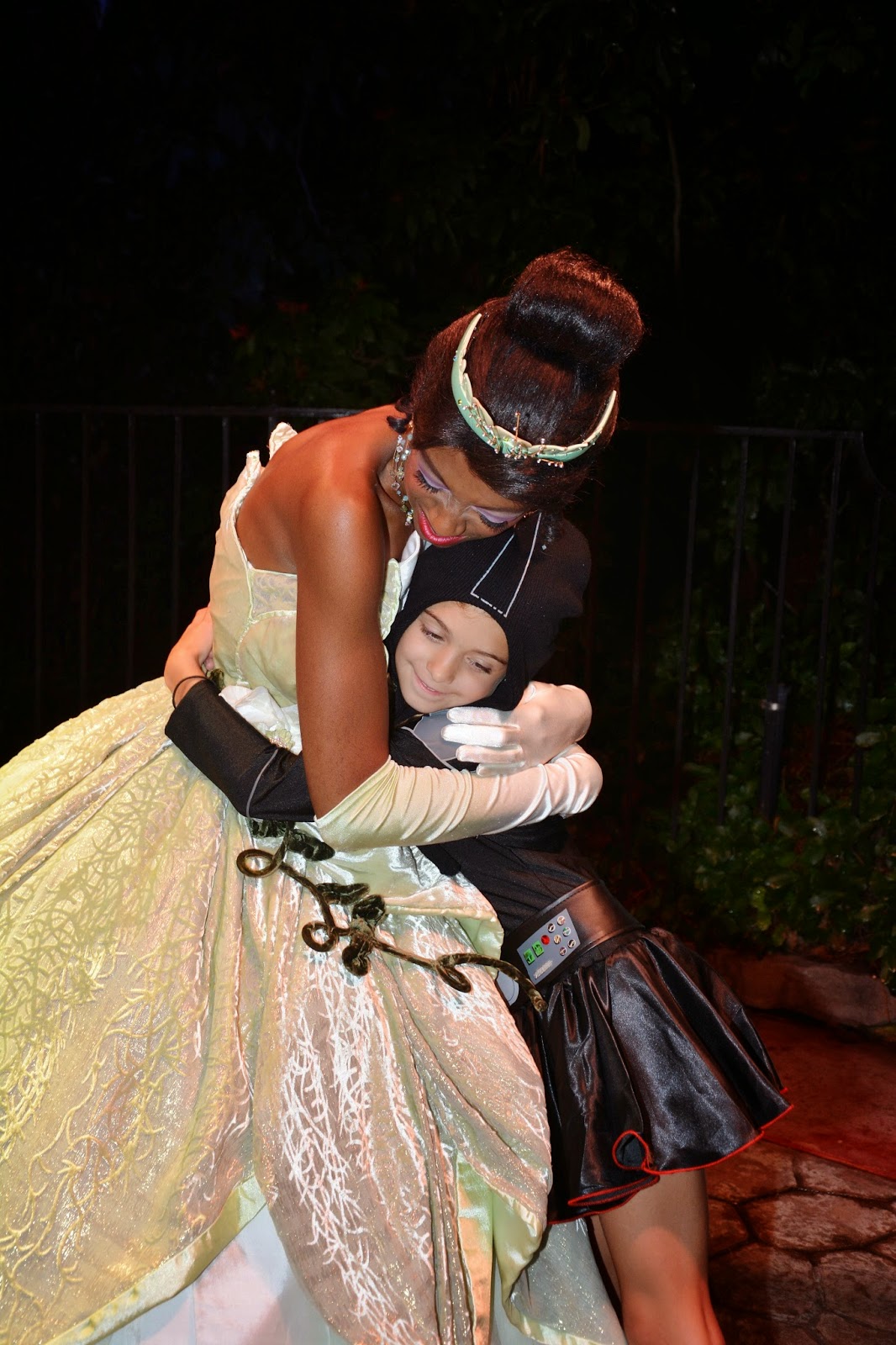 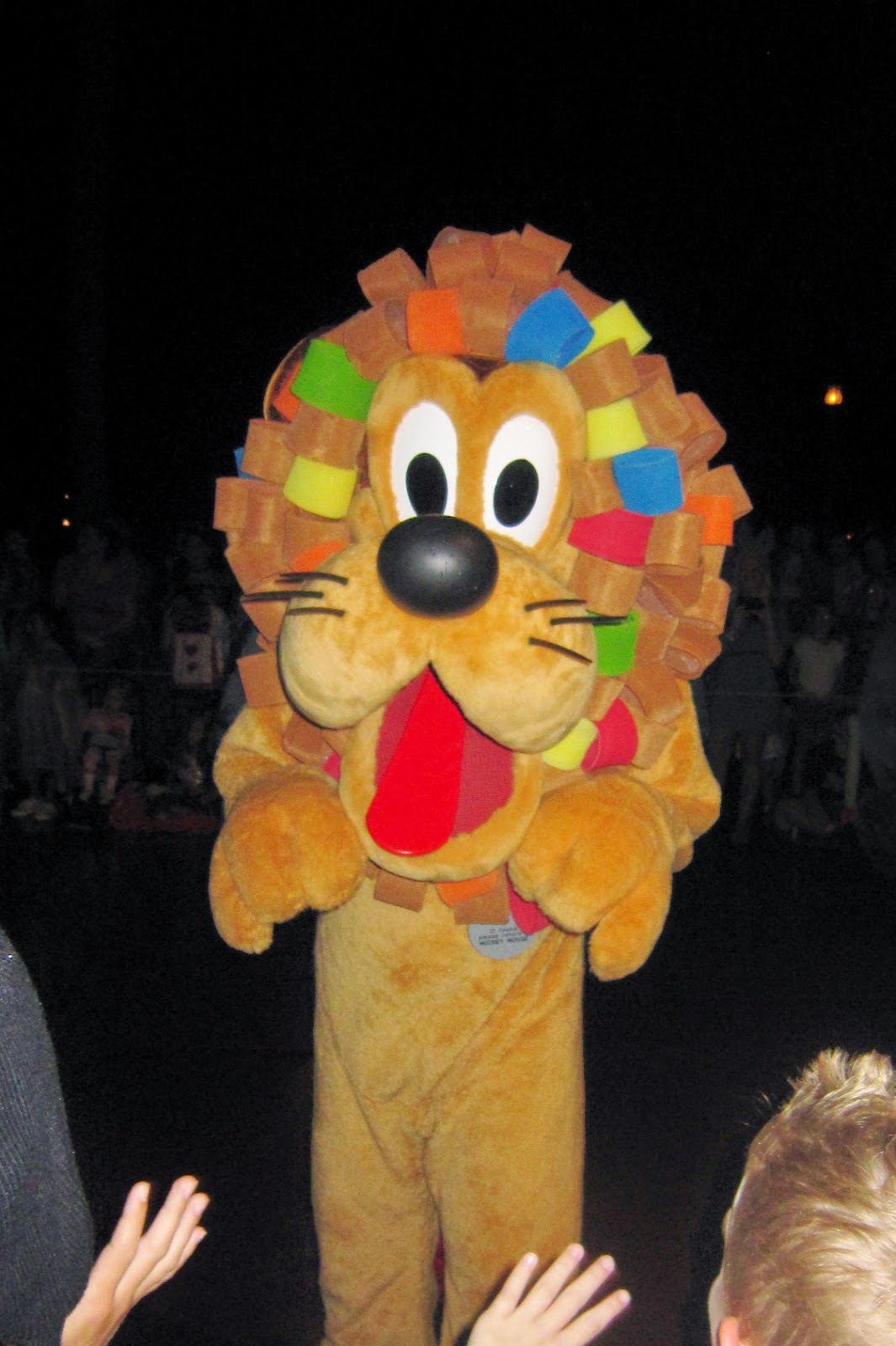 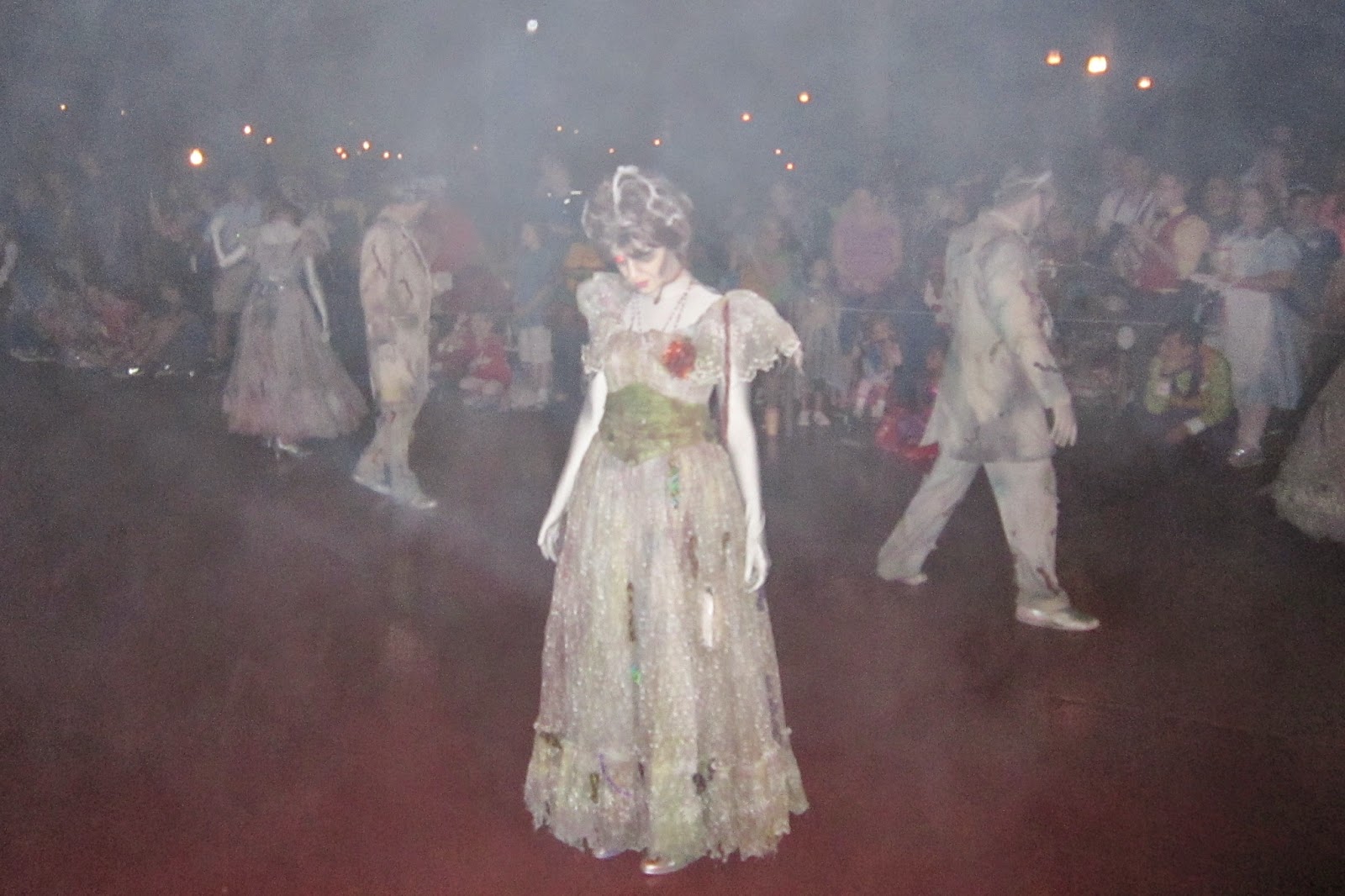 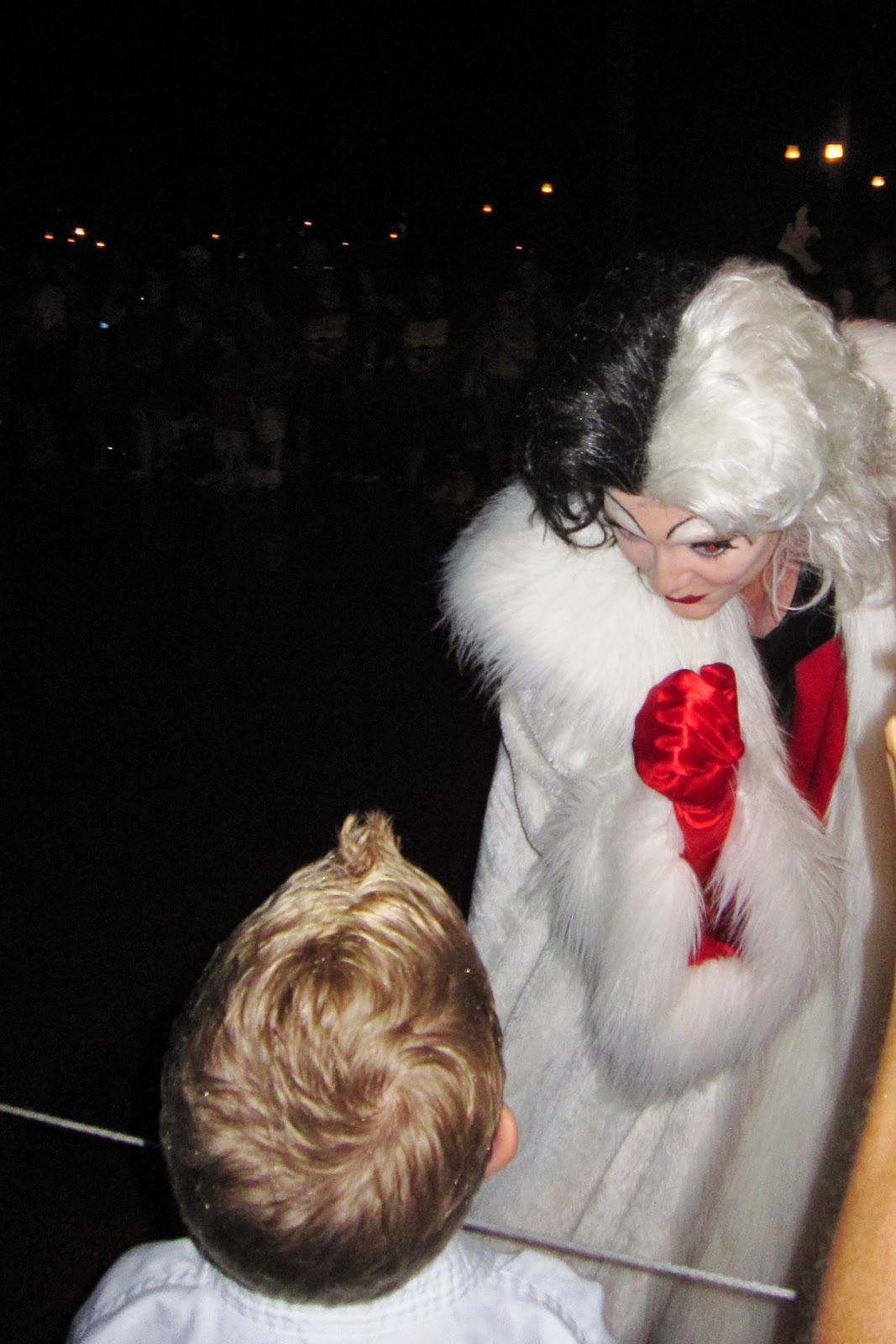 The parade was fantastic!
I really wish Sydney had felt well enough to actually watch it. 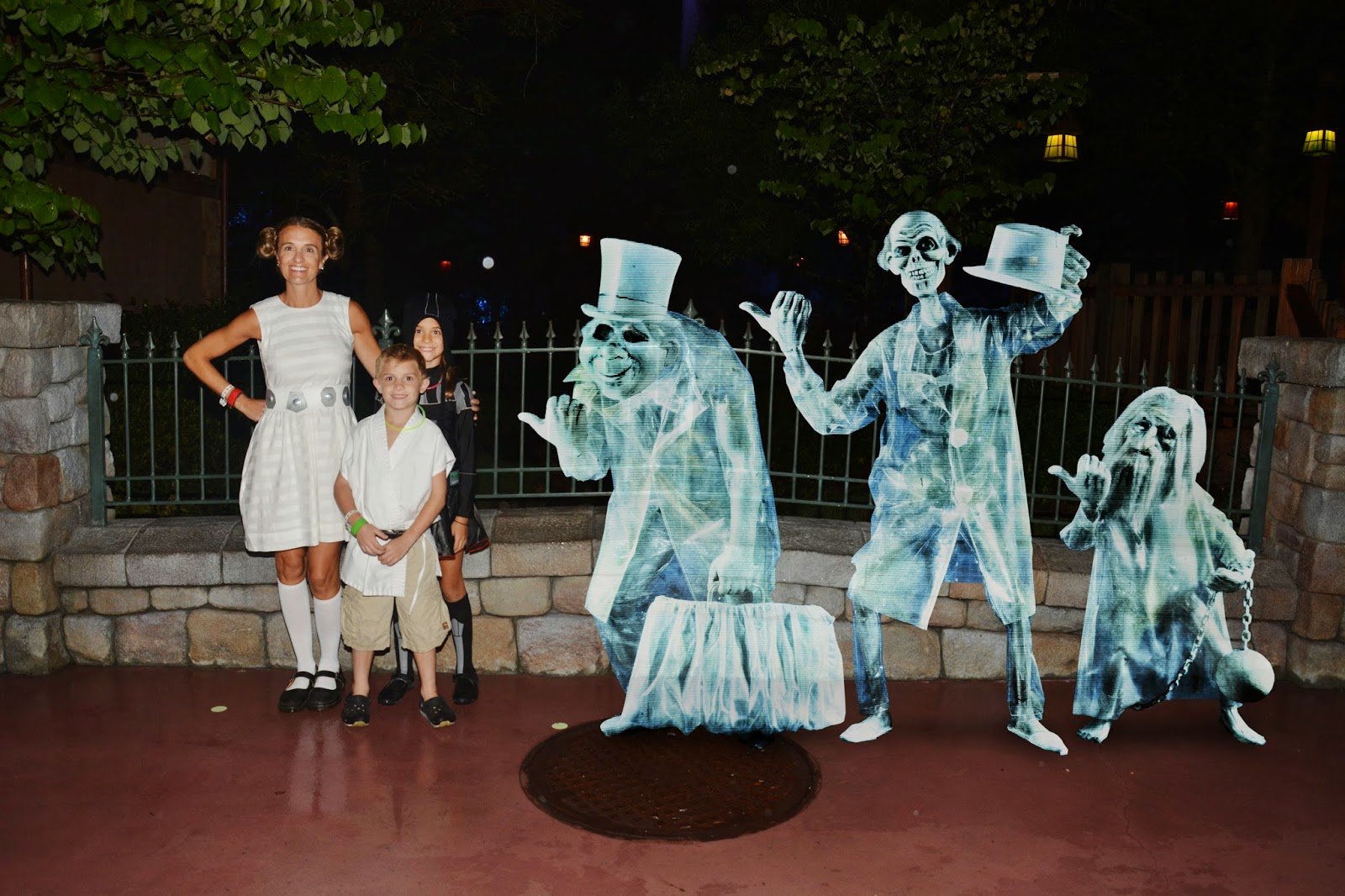 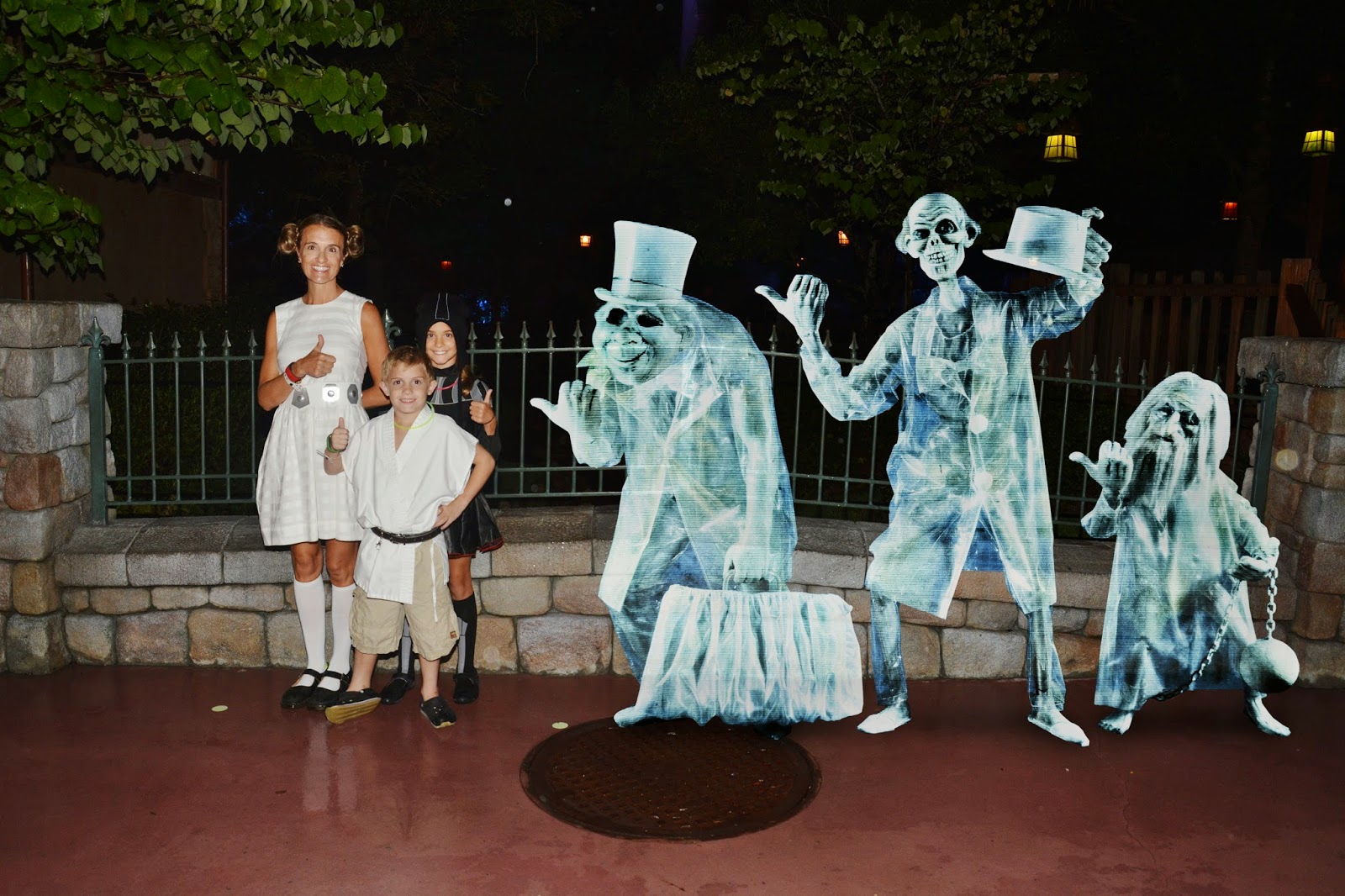 And with that our Disney trip was over.
Can't wait to do it again soon!
Posted by Jen at 9:38 PM
Email ThisBlogThis!Share to TwitterShare to FacebookShare to Pinterest