Our Sydney turned 16 on July 3rd. It is hard to believe that our girl is 16. It's such an exciting age and moment in life. I vividly remember my 16th birthday. My parents threw me a surprise part at Tony's in Roswell. I was really hoping for a Mustang, but instead I got my own telephone line. I am sure I pouted for a minute, but back in the day having your own telephone line was pretty killer.

Sydney celebrated with her friends a few days before her actual birthday so her bestie could be there. I took her crew to afternoon tea at Tea Leaves & Thyme. The girls spent the night with us and then we spent the next day at the pool. 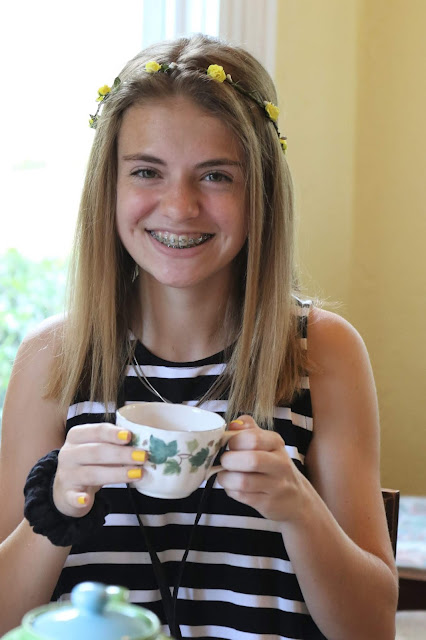 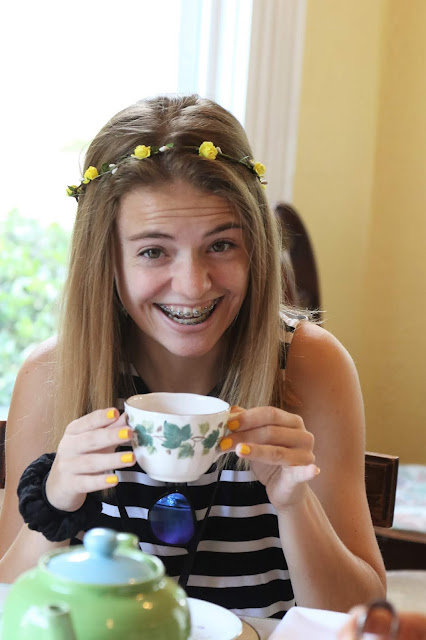 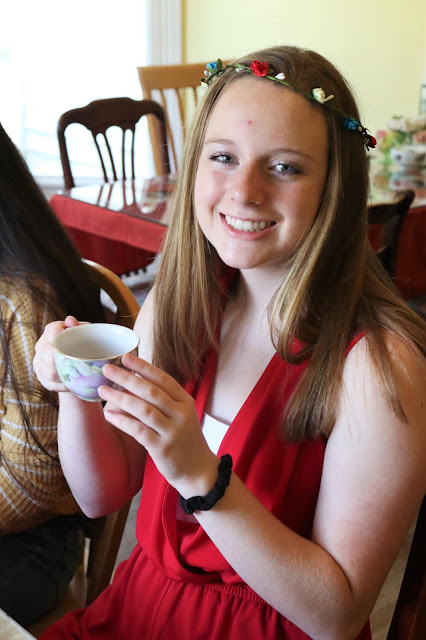 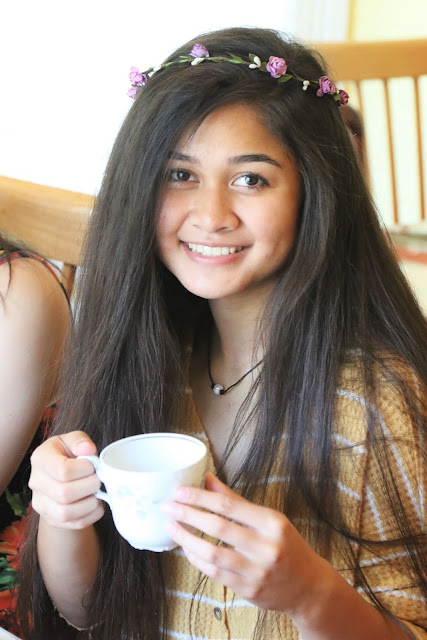 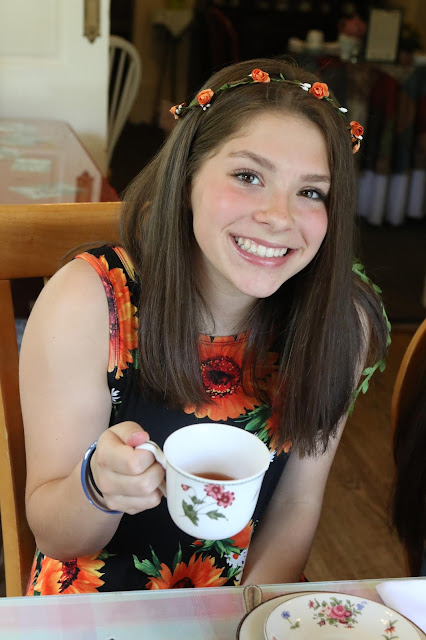 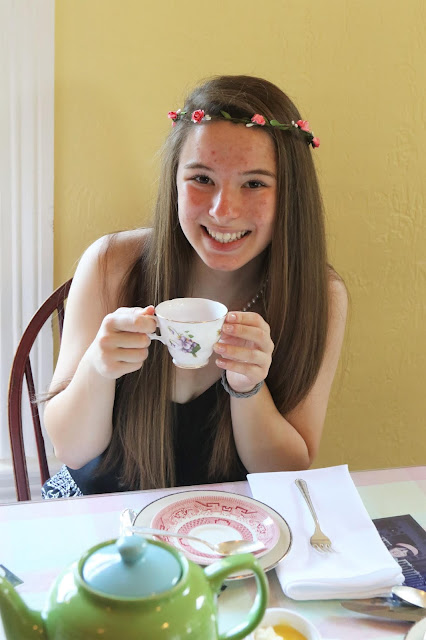 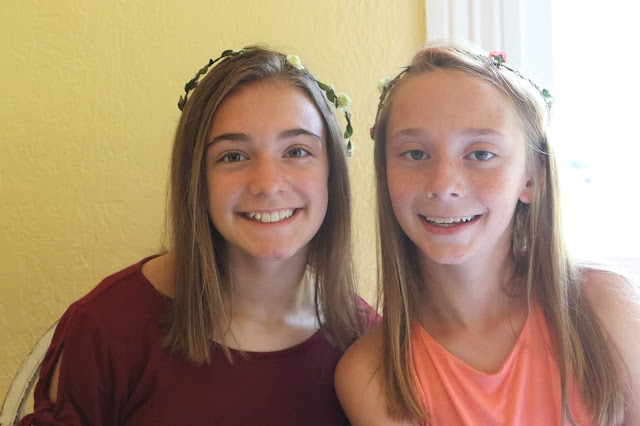 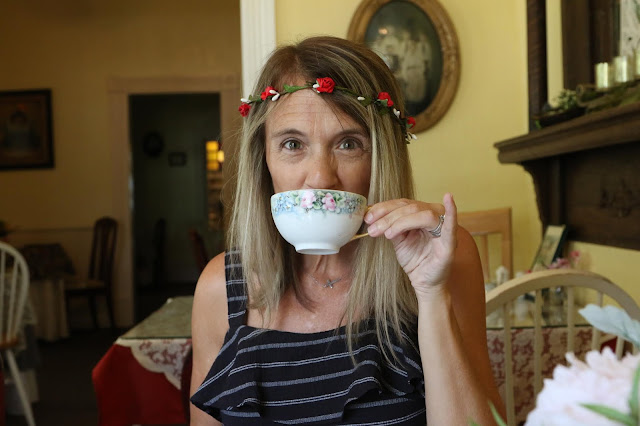 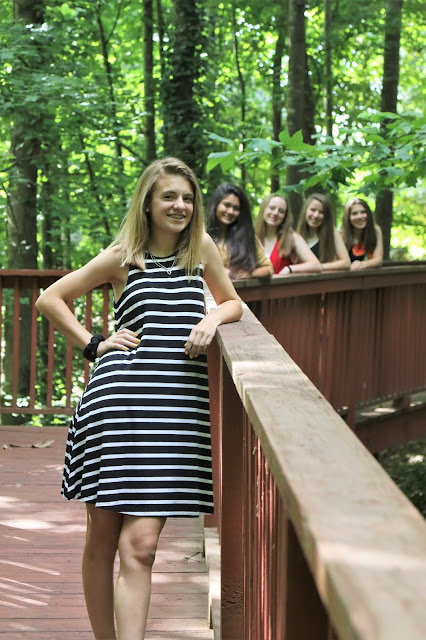 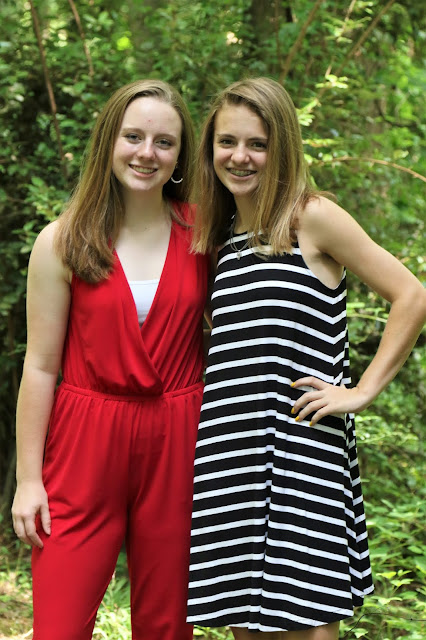 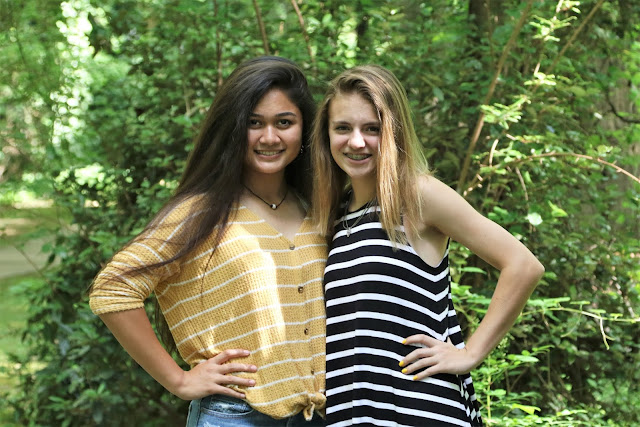 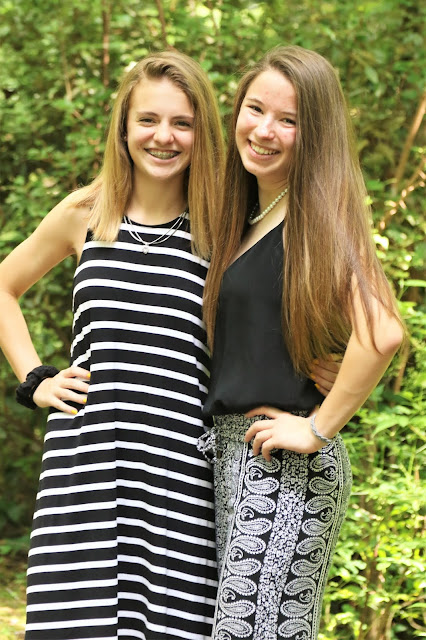 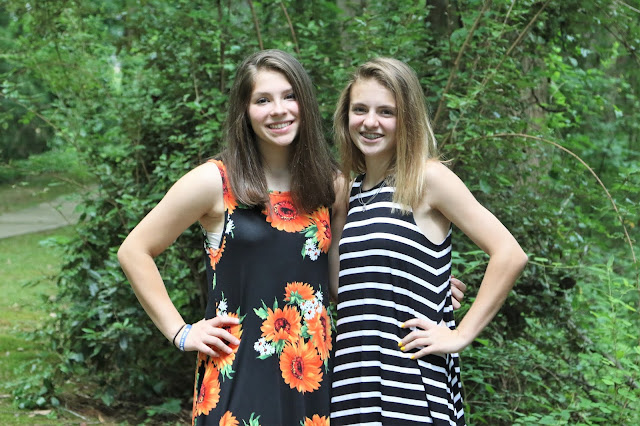 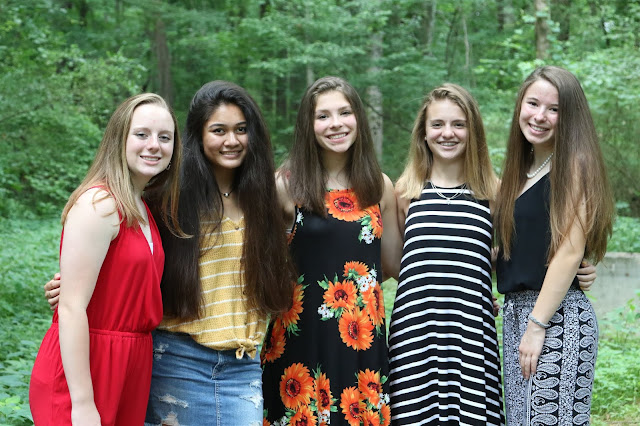 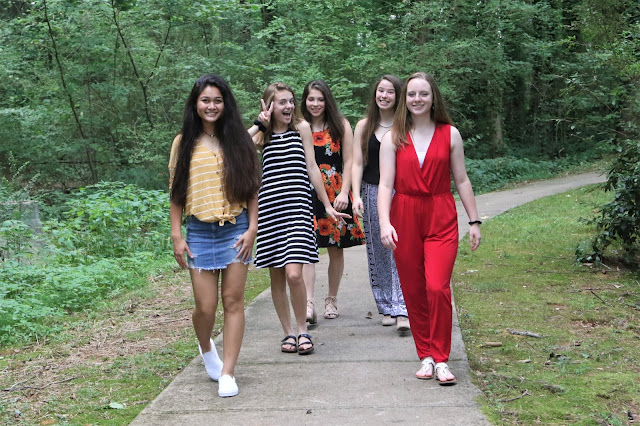 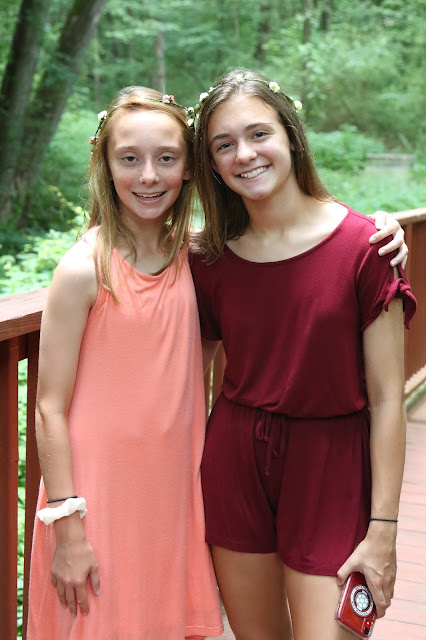 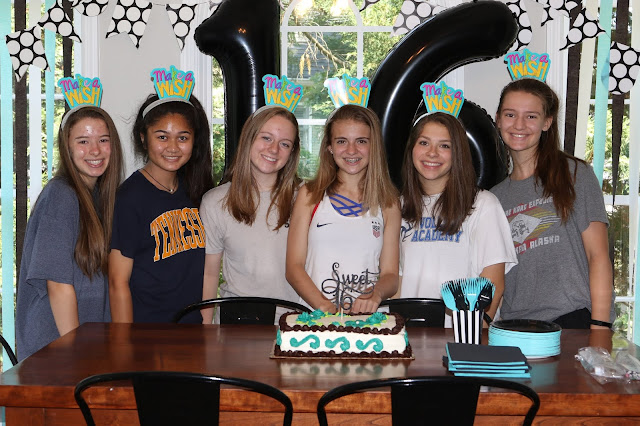 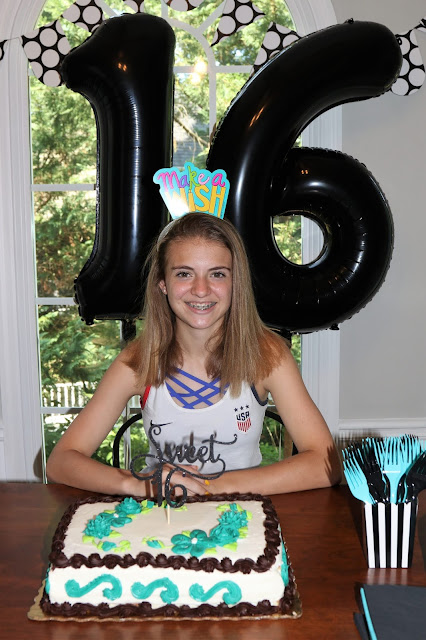 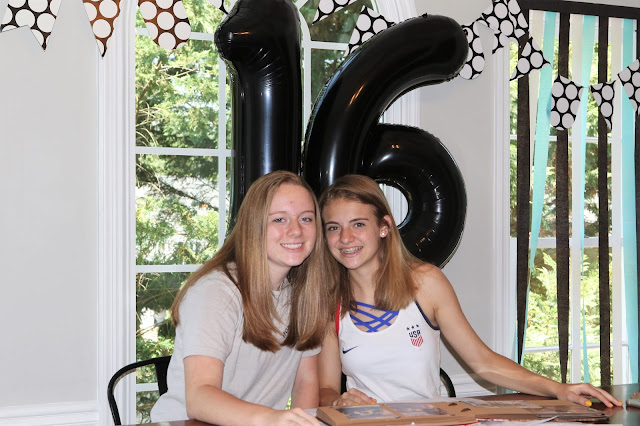 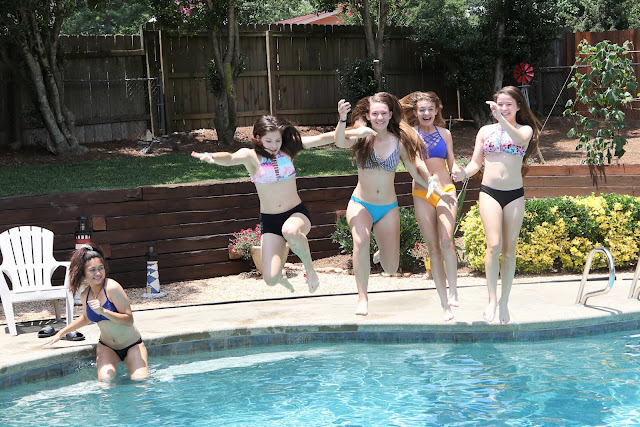 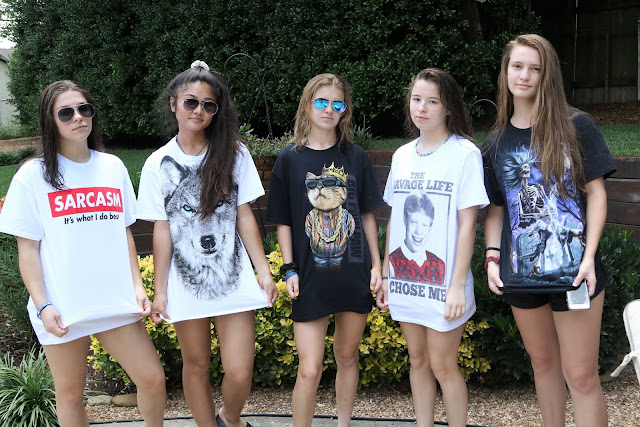 On her actual birthday we started the day off with breakfast; however, the morning didn't go as planned. The place we wanted to have breakfast ended up being closed for the 4th of July holiday so we headed to another place, but it was too long of a wait. We were on a time crunch since Bryan had to be at practice so we ended up at good old Chick-fil-a. While we were at breakfast this was being set up for our return home: 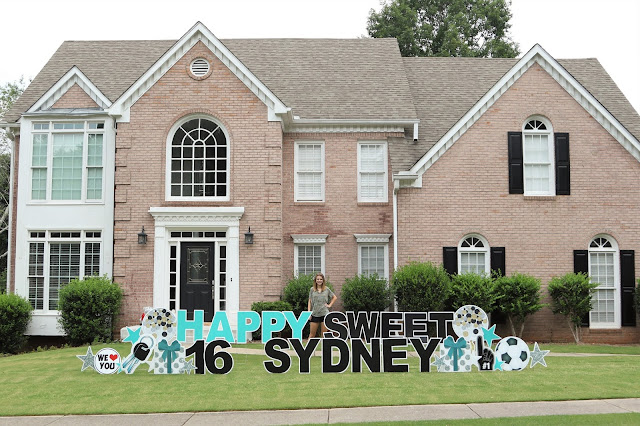 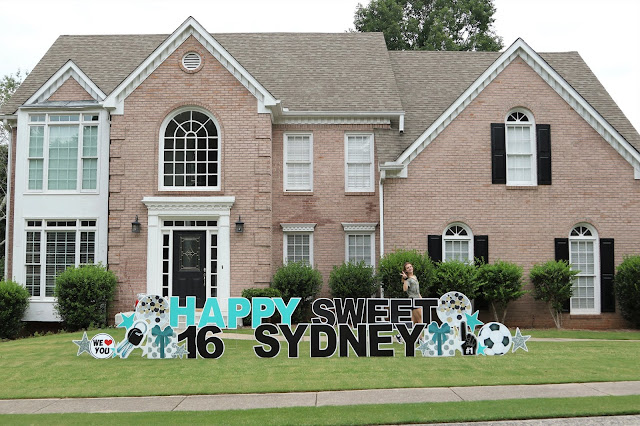 As we pulled up to the house Sydney was greeted by this! She was more embarrassed by this than surprised, but that made it even better. She said she didn't want to go outside, but that request was not granted since I needed pictures. Later in the afternoon we went to get pedicures with Katie and then we all headed to dinner at Longhorns to top the day off. 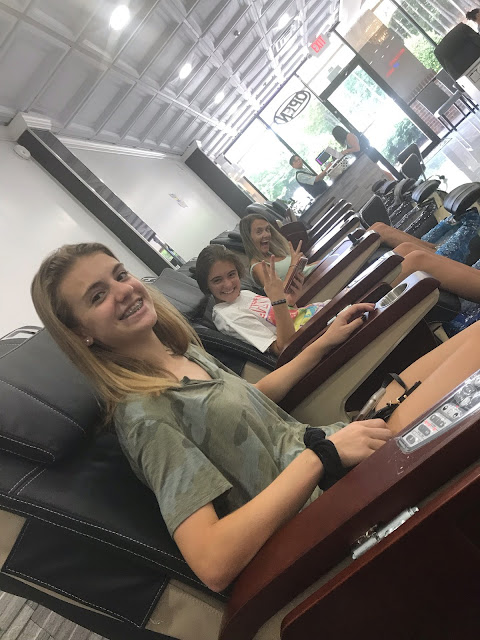 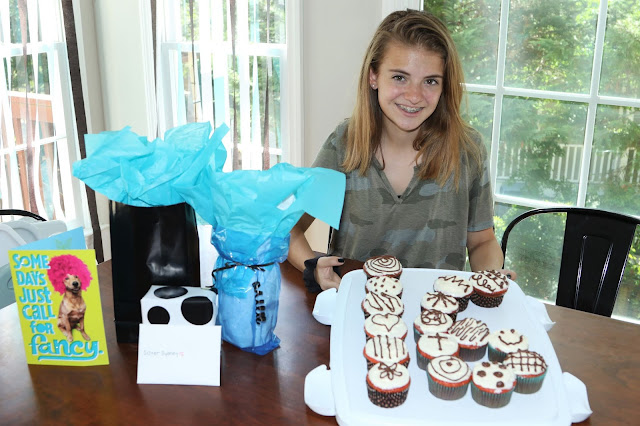 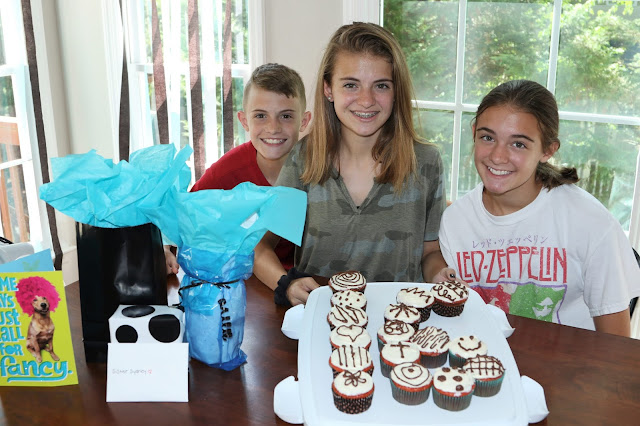 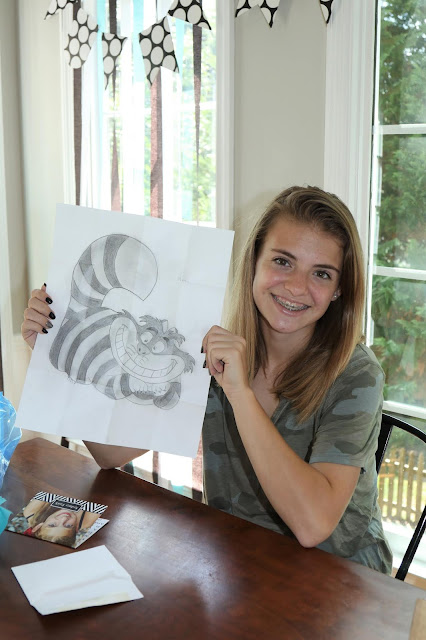 Jordyn drew this for Sydney!!

On July 6th the big day arrived. Sydney went to take her driving test. She was so nervous. I mean SO nervous, but she did a great job and passed the test. She is now an official licensed driver. I can't believe it. We are currently waiting on insurance to go through so she can make her first solo run. Sydney has had a car sitting in the driveway for over a year now waiting on her. She was gifted uncle Andy's car after he passed away. I am positive that Andy would love the fact that Sydney now has his car. It's an 05 Camry that we have dubbed "the silver bullet". It may not be the Mustang of her dreams, but it is a great first car for her. 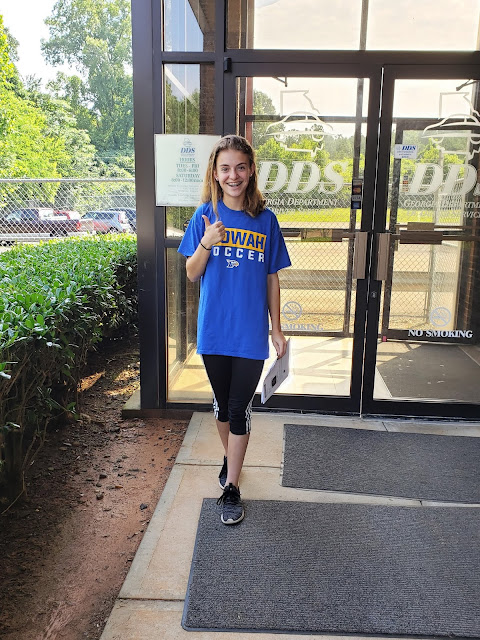 Posted by Jen at 3:00 PM
Email ThisBlogThis!Share to TwitterShare to FacebookShare to Pinterest