Jordyn was asked to play on the Georgia Impact u19 team at Regionals. Regionals was in Greenville, SC June 18th - June 24th. The better you play the longer you stay so our departure date was up in the air. Jordyn was one of the younger players on the team as this was actually Sydney's team. As much as Sydney wanted to play in Regionals Bryan and I didn't think it was a smart idea for her to play such a high level tournament on her freshly cleared knee. After seeing the competition I definitely felt like we made the right decision. A few girls on Sydney's team couldn't make Regionals due to early college commitments so hence why Jordyn and a few other 05, 06 and 07 players were asked to play with the team. Obviously Jordyn being asked put us in an awkward position since we weren't letting Sydney play. Jordyn didn't want to play without Sydney's blessing so we let Sydney have the final say. Being the good sister she is she was on board with Jordyn playing on her team.
Regionals was definitely a good learning experience! We were entered into the u19/u20 division, which meant our team were basically going against college players. We did have some collegiate players on our team and a handful of girls who just graduated that were going on to play in college on our team. The first game team we played were from TX and 9 of their players were D1 players. Y'all these girls were SO FAST. We lost the first game 0 to 6...ouch. It was definitely a wake up call as to what they were up against. Although we lost (badly) the girls played well. 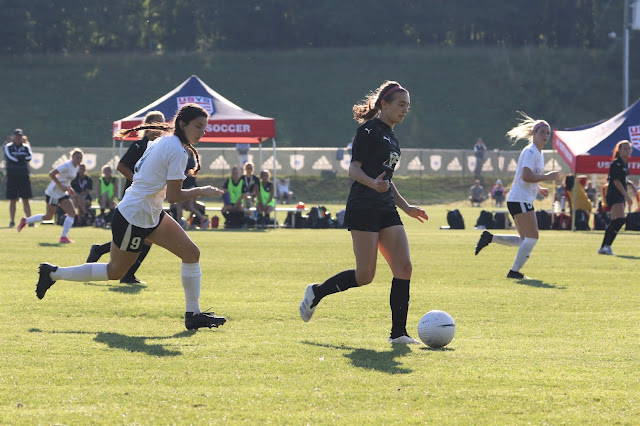 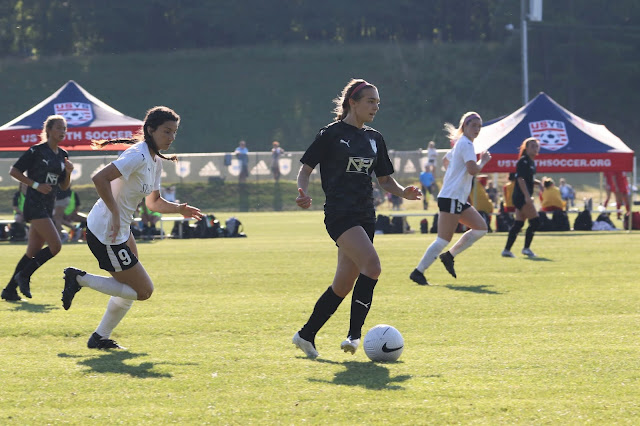 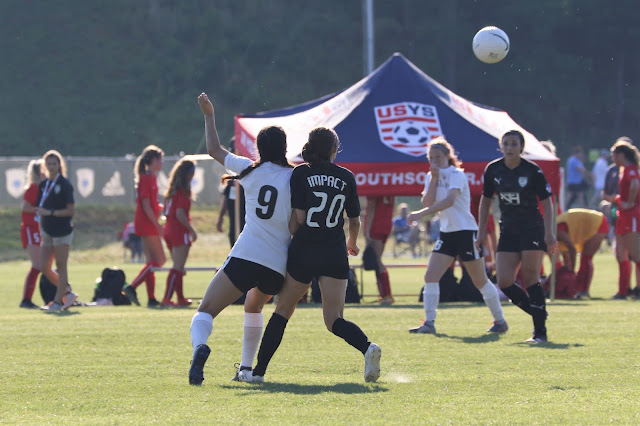 The next game was against a team from TN and seriously they were giants. The biggest girls I have ever seen either of my girls play. And when I say big I mean tall and muscular. I couldn't get over how big the girls on this team were. The photos didn't really show the size difference well, but trust me...they were much bigger than our girls. Turns out that the team was full of all D1 players. Woah! We lost the game 0 to 4, BUT we played so good. The girls on the opposing team couldn't believe how young the girls were and complimented them on their play after the game. There were a ton of college coaches watching the game, which was great exposure for some of the young players. 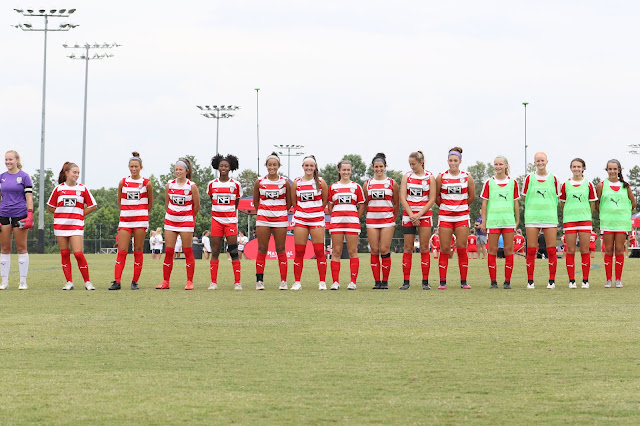 Team intro before the game. 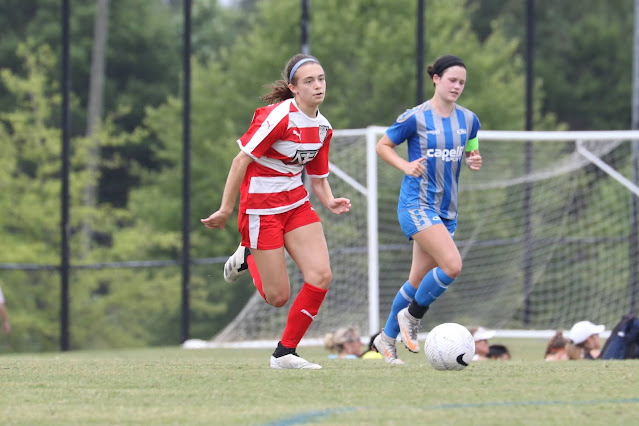 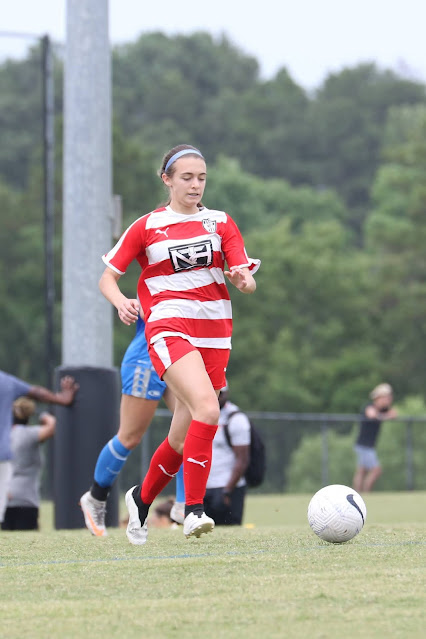 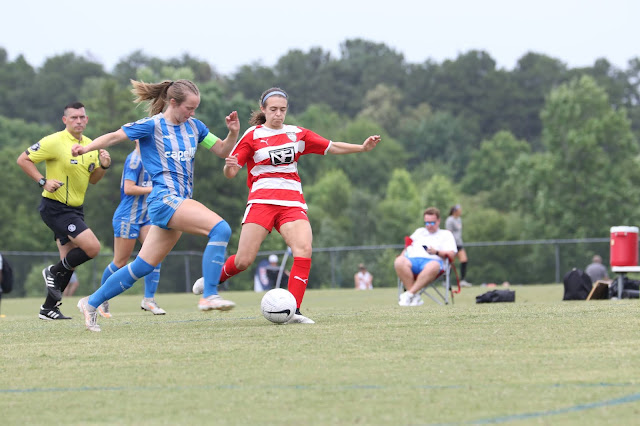 The 3rd game ended up getting rained out and pushed back another day so we ended up staying a little longer than expected. We missed Father's Day at home due to the game being pushed back. Maybe a day off did the girls some good because they ended up with a 1 to 1 tie for the 3rd game against a team from TX. Once again the girls played well. The field was really muddy from all the rain the day before so that wasn't ideal. I also didn't take many photos so the below is the only one I have of Jordyn. 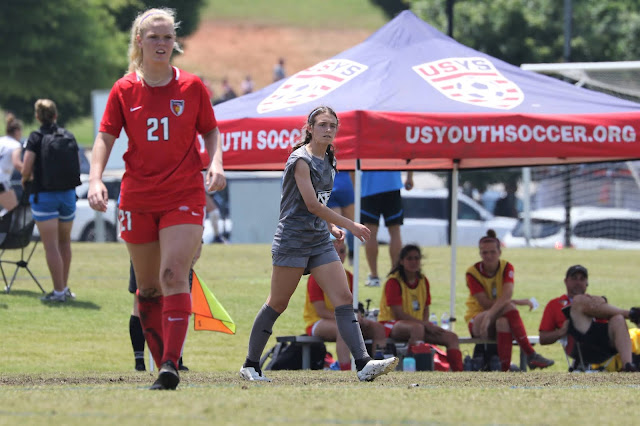 After the game we hopped in the car and booked it home to see our people.
We wanted to get home so bad we didn't even stop for food!
Posted by Jen at 8:40 PM
Email ThisBlogThis!Share to TwitterShare to FacebookShare to Pinterest