Happy November! Yesterday seemed like such a long day. We took Bryce to his first clinic. Clinic is when we get to meet with Bryce's entire CF team in the same place on the same day. When we checked in they immediately took us back to a room. They don't want CF patients waiting with other CF patients because of possible germ spread. After we checked into our room each of the specialist started coming in to speak with us. Our room was basically a revolving door of CF team members. We met with Bryce's nutritionist, pharmacist, the GI doc, lung doc, respiratory specialist and the groups social worker. We received so much information yesterday. I will try to keep this blog as short as possible, but still keep in as much information as I can. Here are some of the key items... 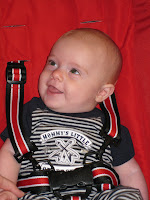 Bryce was all smiles while at clinic. I think he won everyone over. 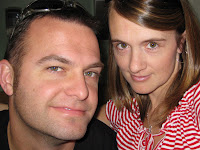 Bryan and I passed the wait time by taking pictures of ourselves. Awwww.... 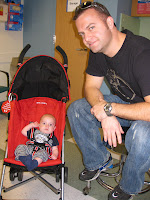 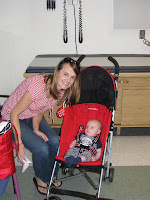 I am sure there are more things we learned that I am leaving out, but like I said it was another information filled afternoon. We were at clinic for a little over 3 hours. They kept asking us if we were feeling overwhelmed, but I never really felt that way. I really liked having everyone in one place. I got all the questions I had answered and more. I love the idea of one stop shopping as far as doctor appointments go. Our next clinic will be February 2. Until then Bryce continues his regular Pediatrician appointments and monthly RSV appointments. Hopefully we won't be calling any of the CF team with problems anytime soon. We just need to make it through March with no major problems. Then we don't have to be AS cautious about where and who Bryce is around. 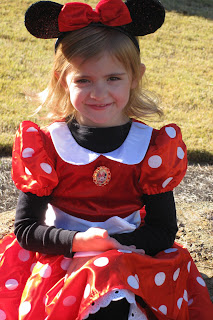 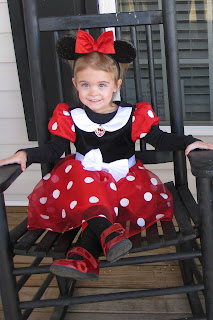 Sydney and Jordyn were Minnie Mouse for Halloween. 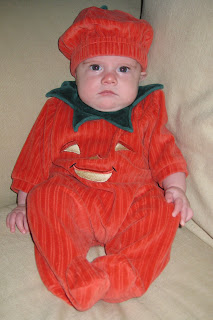 Bryce was a Lil Punkin - I promise he was having a good time. ;)

The gangs all here and ready to Trick~or~Treat. The kids were the following:
Bryce the Lil Punkin, Sydney and Jordyn the Minnie's, Max the Cowboy, Ethan the Dragon, India the Fairy, Natalie the Bee, Aidan "I am Optimus Prime", Bella the Tellatubie, and last but not least Makenzie the Baby Glow Worm. Cute bunch don't you think?!

Well that is about it for now. I will keep everyone updated as we learn things and to share pictures of the kids. I have attached a few pictures from Halloween. The kids had a blast over at Ethan's house for his annual Trick-or-Treating event. Next thing you know it will be time for the holidays! Hugs all around ~
Posted by Jen at 8:49 AM
Email ThisBlogThis!Share to TwitterShare to FacebookShare to Pinterest

Well sounds like things are moving right along. Maybe you could do the bottle feeding at night so that way you get one break and Bryan gets some time to feed bryce. Please let Ivan and I know what ever we can do to help.

Jenny we did not qualify for Katie Beckett until after the first year of medical expenses proved that we needed it. Dont give up yet! They will look at the UNINSURED cost of everything, and those synagis shots will add up on paper as well as the enzymes and specialists visits. And btw, CMS is a waste of time unless you're illiterate and living in a cardboard box. Hang in there, you're doing a great job. hugs, Melissa