I know...total cheese, but I couldn't resist considering the topic of this post. On December 23 Bryan and I took the girls to the Justin Beiber concert. We didn't tell them we were going until just before getting in the car to leave. I was expecting a little more excitement from the announcement, BUT in their defense I don't think they had any clue as to what a concert was. They enjoyed the show, but I think they were in a daze the entire time because it was LOUD and they pretty much had no idea what was going on. An area full of screaming little girls is one of the loudest experiences I have ever had...and they NEVER let up.

There were three opening acts, which I thought was a bit much. Two of the opening acts I had never heard of, but Sean Kingston came out before Justin and did a fun set. The opening acts started at 7:00 and Justin didn't hit the stage until 9:15. Keep in mind our girls are usually in bed at 8:30. Little Jordyn was sleepy and ready to go home, but she soldiered through. We skipped out on the last song, which meant we missed "Baby", but Jordyn was struggling to stay awake and we wanted to get a jump on the traffic. Neither girl seemed to mind that we left before the last song. Dare I say that the concert was really good. I expected a bunch of lip syncing from the Beibs, but he actually sang...and it was good! It was a fun show and I'm glad the girls got the experience. You never forget your first concert. Memories made for sure. They can look back on their first concert and laugh. 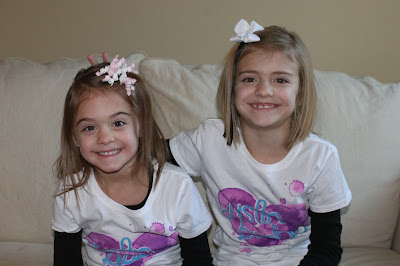 The girls just before we told them where we were going. 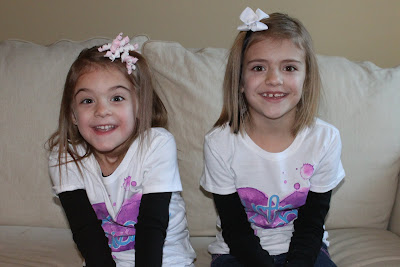 As we are telling / explaining to them they are going to a concert. 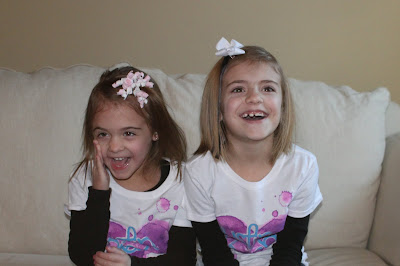 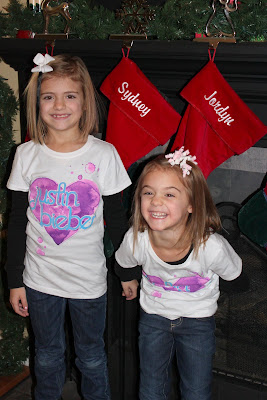 Beiber shirts on and we are ready to go!! 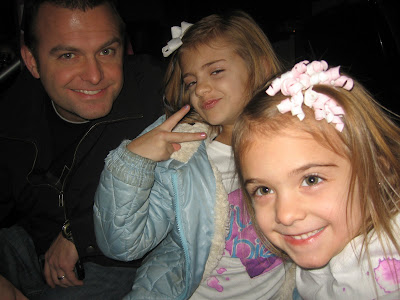 Just getting to our seats... 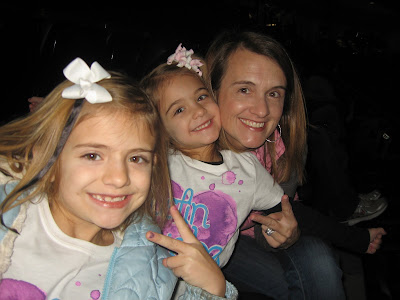 Sydney kept throwing the peace sign so I figured I would be cool and throw it too.
Trying to keep up my "cool mom" status. 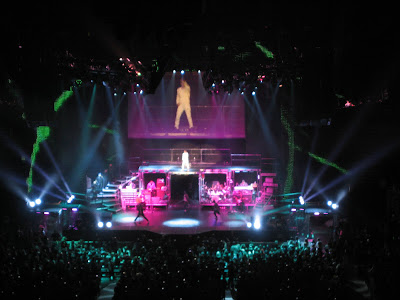 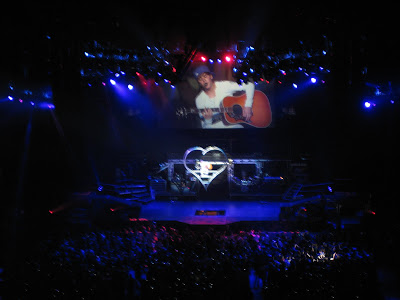 Yep...he floated over the crowd in a heart while playing guitar.
Girls like that right?
He was singing "One Less Lonely Girl".
Right before the song started he asked if there were any single ladies in the crowd (screaming ensued).
Bryan and I were dying from laughter. 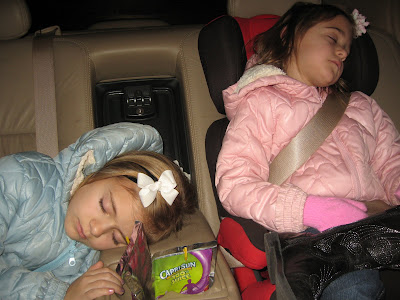 I THINK they fell asleep in under 5 mins once we got in the car. They were pooped!

Video of Justin coming onto the stage. As you can hear, it was loud. If you watch carefully you can see Jordyn say "What is going on?". Funny.
Video of Sydney dancing and singing.

What was your first concert??
My first concerts were MC Hammer and NKOTB. I even remember the outfit I wore to NKOTB!!
Posted by Jen at 9:30 AM
Email ThisBlogThis!Share to TwitterShare to FacebookShare to Pinterest

My first concert was NKOTB. I don't remember what I wore but I remember how I did my hair and a hat I wore. :)