back to Back to BACK

That's just what the Lady Greyhounds volleyball team did. 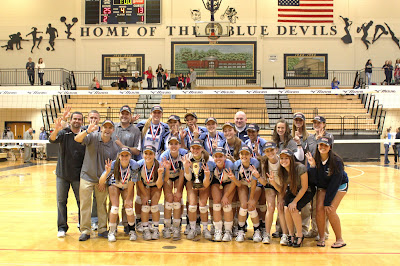 How kick butt is that??

Not one or two, but THREE back to back state championship titles.
Congrats to the seriously cute coach, also known as my seriously cute husband and his fabulous team of girls.

High fives all around for reals. So proud of you all. 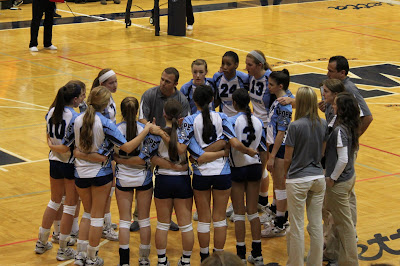 Bryan doing his thing during a time-out. 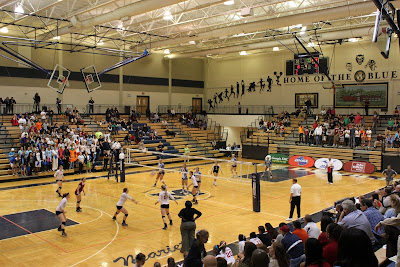 An action shot...just a few plays before they won. 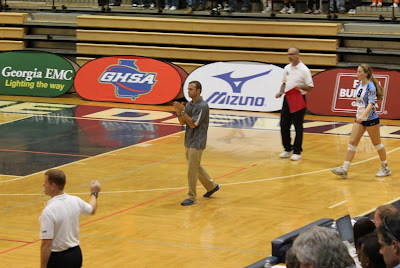 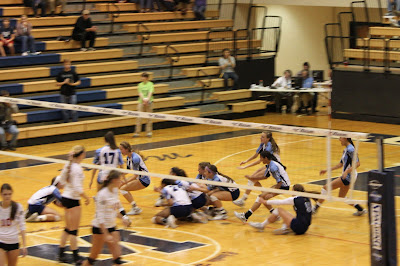 A little blurry, but the girls doing the celebratory "pile up" after the winning point. 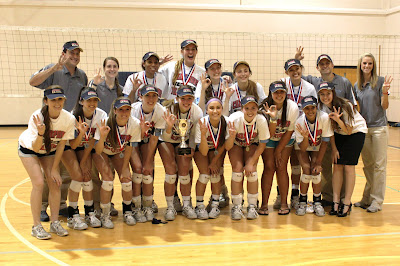 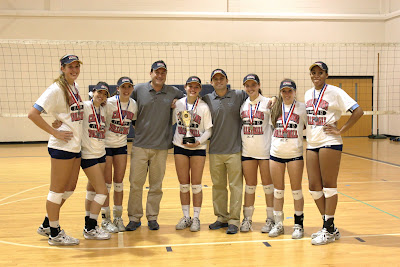 Bryan, Dave (assistant coach) and the SEVEN seniors.
Three of these ladies are going to play NCAA Division 1 volley ball at college next year. Two of the girls had colleges talking to them after the match last night!
Just awesome! 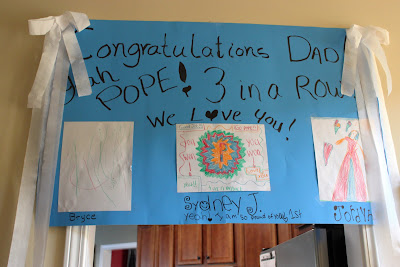 The sign that awaited Bryan from the kids when we got home last night after making the rounds to celebrate.

In other weekend news Sydney's soccer game was cancelled due to the fields being too wet. No game meant we had time to finally carve our pumpkins. We spent Saturday morning getting our pumpkins ready for Halloween. It was a nice relaxing family morning, which I think Bryan needed before heading out to coach that afternoon. 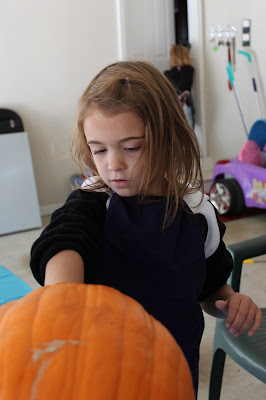 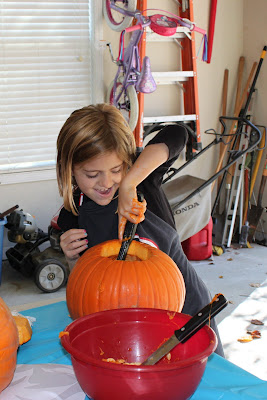 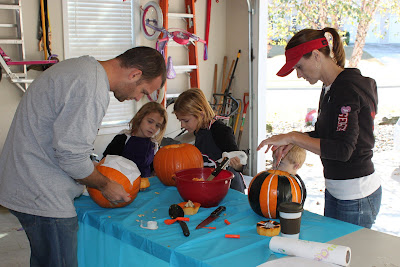 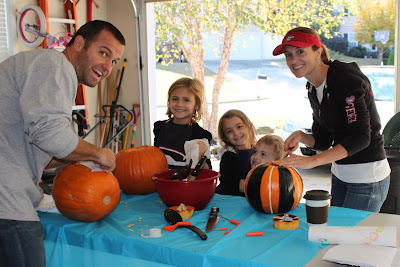 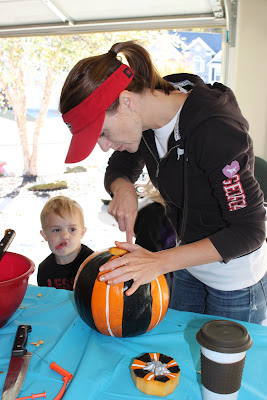 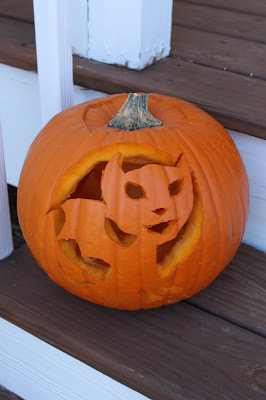 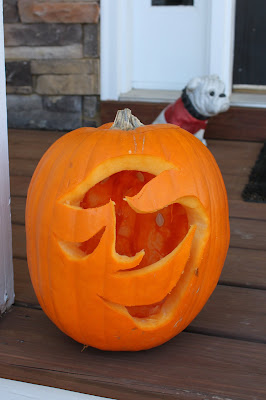 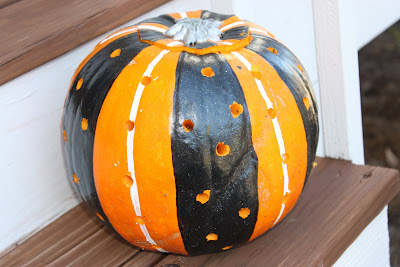 Bryan and I: Disco ball pumpkin. To get the full effect you must see it lit up.
Posted by Jen at 1:03 PM
Email ThisBlogThis!Share to TwitterShare to FacebookShare to Pinterest