Friday's are my catch up on life days so here is my delayed November wrap up post...I'm set up for more storage so I can finally upload photos and change out our family photo on our actual blog!

I am happy to report that things have slowed down for us which has really been nice. I've been a slacker on updating the blog because I have really been enjoying our down time. The week before Thanksgiving week was pretty hectic. We had a lot of soccer activities (a weekend long soccer tournament, practices, last rec game of the season and an end of the season team get-together). I went to a baby shower for my girl Lindsay, each of the girls had music performances on different days and then Bryce had clinic. Basically we earned our week of Thanksgiving break! 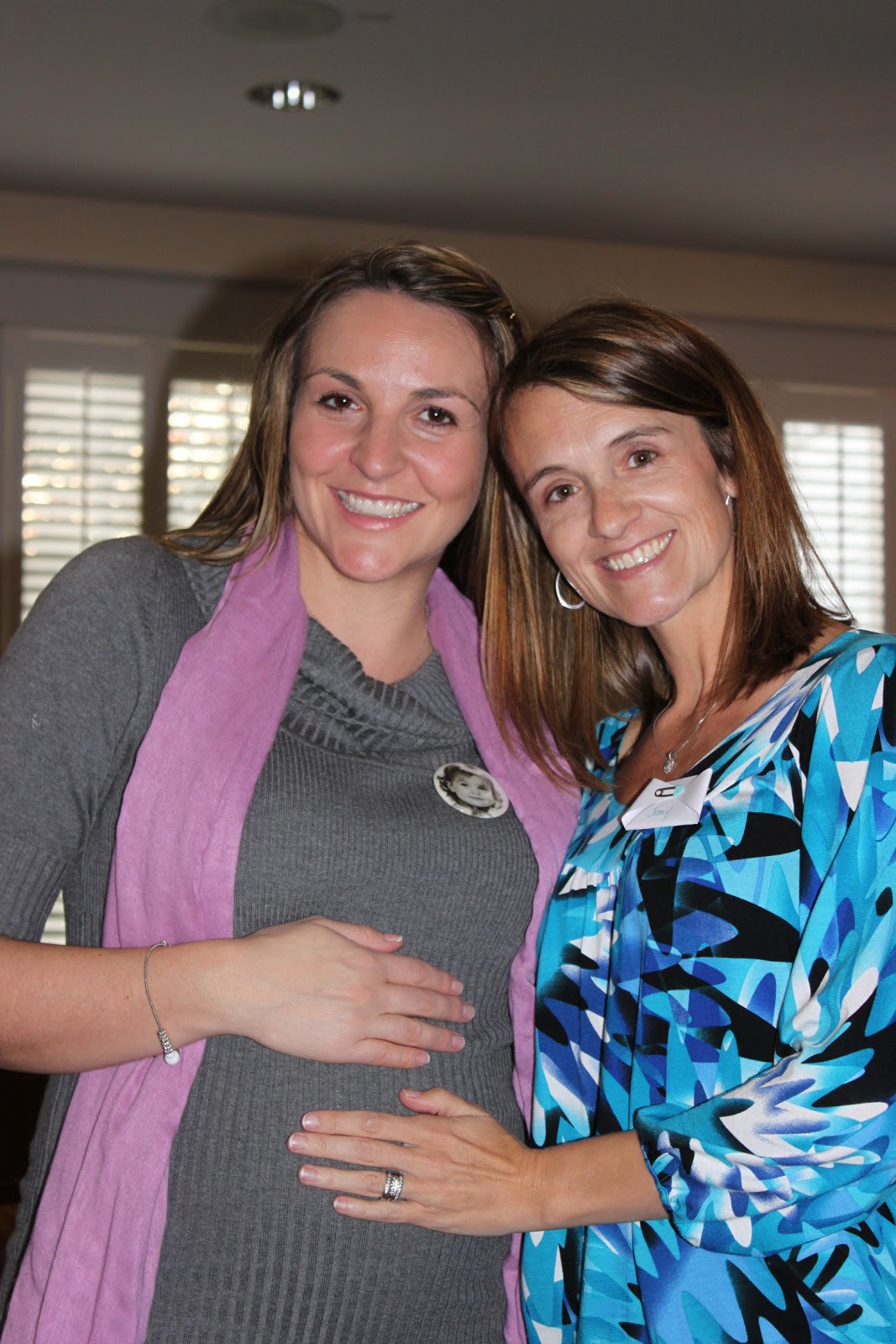 Life comes full circle...I've known Lindsay since she was in her mommy's belly. Isn't she beautiful. She is having a little boy in January. I can't wait to get my hands on Parker!! 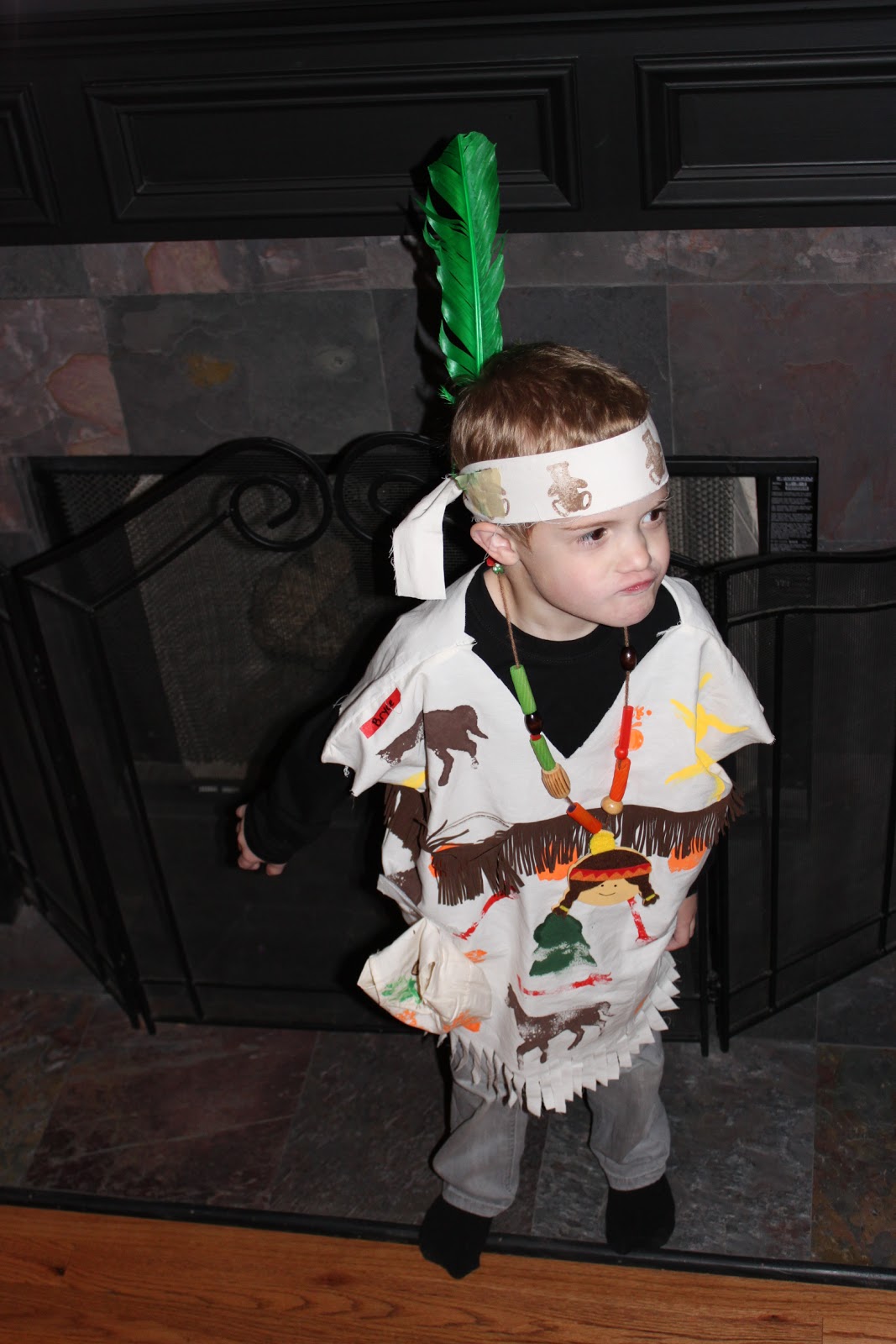 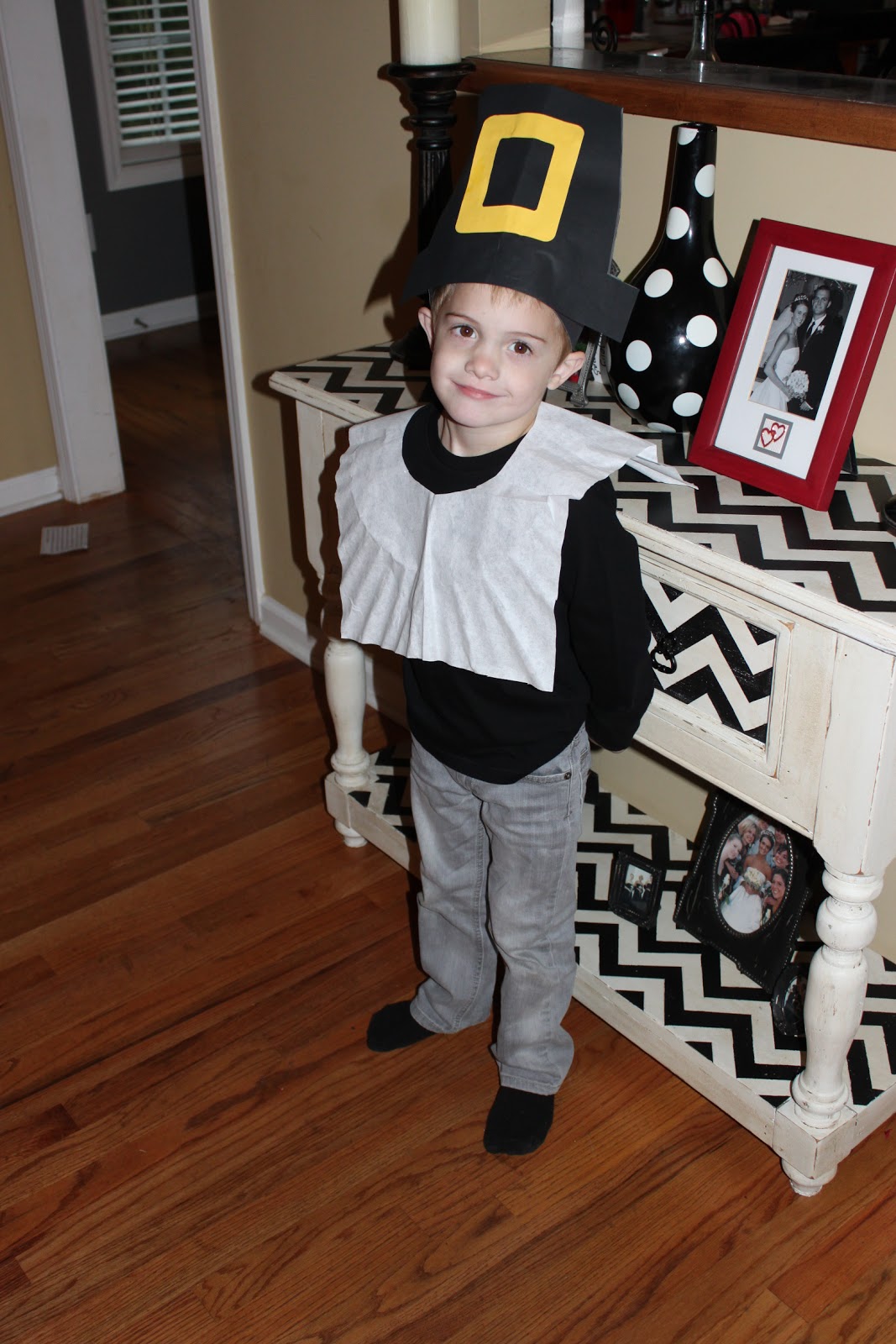 The craziness started with a weekend long soccer tournament. Sydney played 3 games total with the academy Gold team. Her team lost 2 and won 1. At the 2nd game on Saturday just as the game started Bryce jumps up and says his tummy hurts and then proceeded to throw up all over the place. Thank goodness we were outside!  By the time we got home he was up running around as usual. Then on Sunday just as we are getting out of the car to head to the soccer fields Bryce throws up again in the parking lot. Since he didn't have a fever I really didn't think much about the throwing up and by that evening he was running crazy as usual. I figured he threw up because each time he had just finished drinking a huge cup of milk. 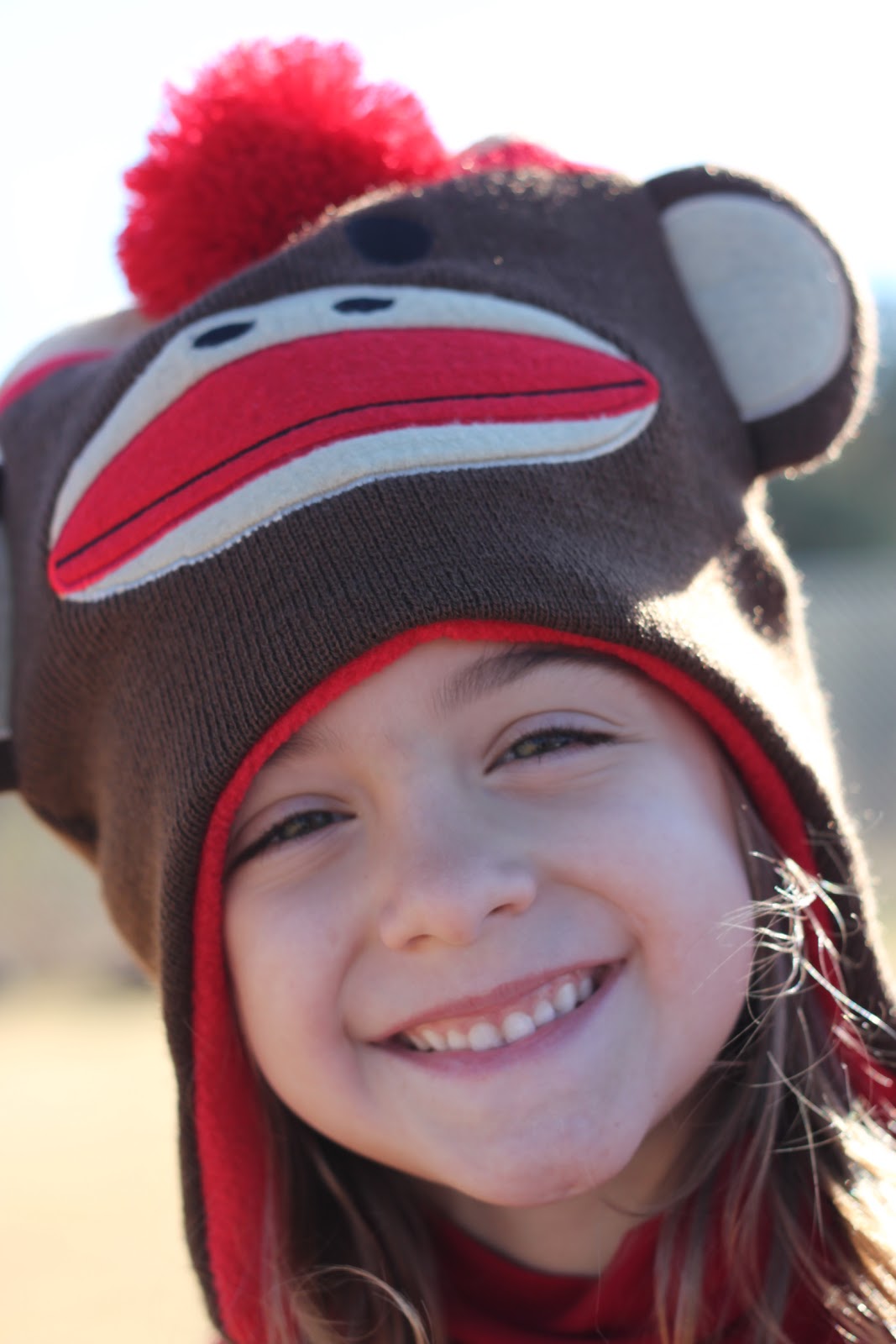 Jordyn was a trooper the entire soccer season. I would say sitting on the sidelines practice after practice and game after game was not her first choice of things to do. 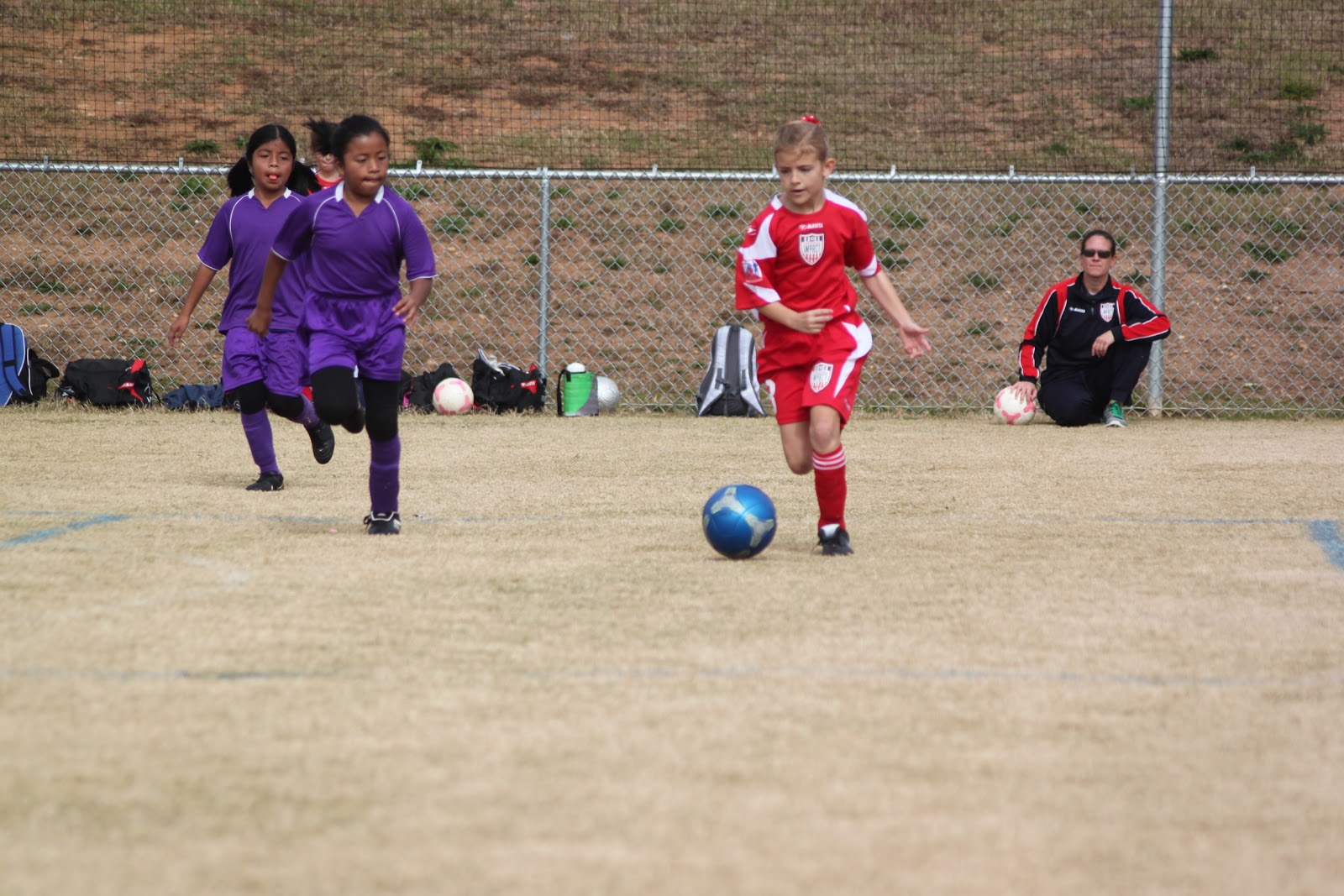 Syd had a great soccer season. Her rec team, the Storm, finished the season undefeated!! She also did double duty for the 2nd half of the season by playing up to help the academy Gold team out. She is going full time academy in the fall.
It has begun...

Fast forward to Tuesday the following week and bam...around lunch time I started feeling off. After running carpool I stayed in bed and ended up missing Sydney's music performance that night. The only time I got out of bed was around 11:15 pm to help Bryan clean Jordyn up who had just throw up all over her bed. And I do mean ALL OVER.  Hooray for stomach bugs. Thankfully by Wednesday I was feeling so much better because Bryce had clinic on Thursday and Bryan had to be at Jordyn's music performance that day. 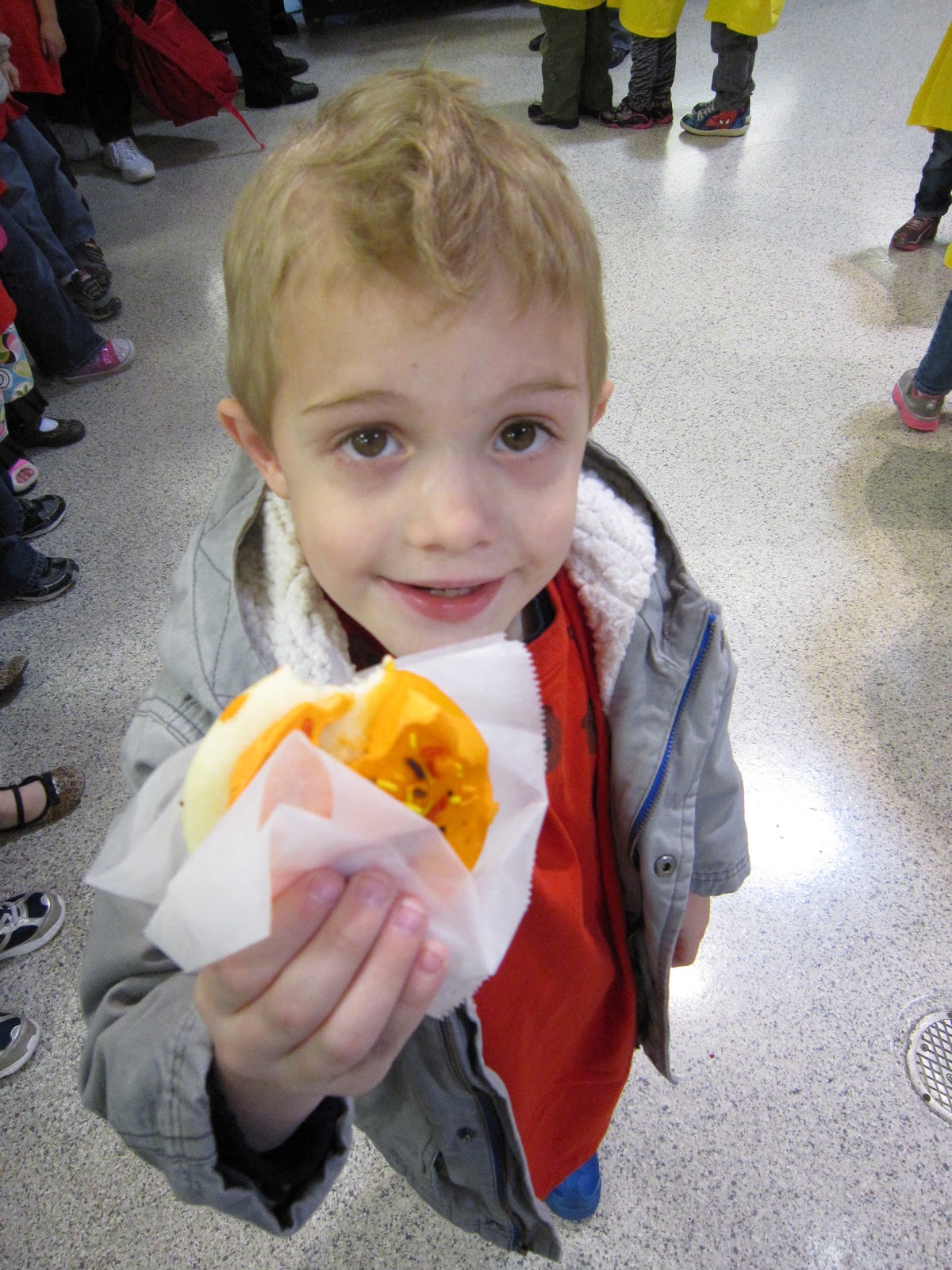 Fast forward a little more and by Friday morning Bryan was very sick. He ended up having the flu!! Turns out that the Jordyn, Bryce and I probably had the flu too, but it was really mild because we had our flu shots. Bryan forgot to get his flu shot during the hectic volleyball season so hence why he was so very sick. Sydney was the only one that didn't get sick so high fives to her because it was no fun at all.

GET YOUR FLU SHOTS PEOPLE!!!
I had never had a flu shot until we had Bryce. I get my flu shots for him and you should do it for your loved ones too! 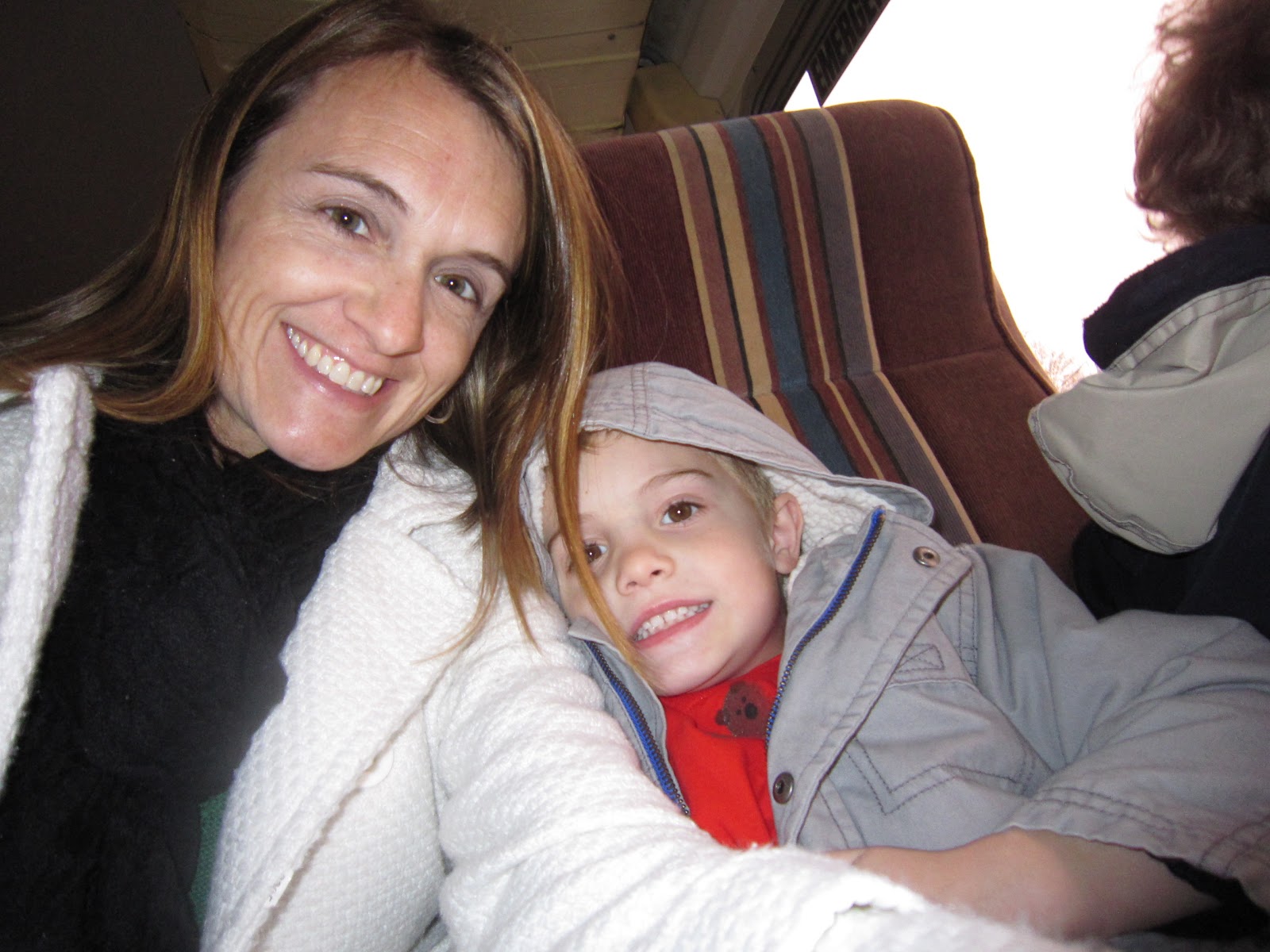 November clinic up date. We had clinic on November 15th.

Bryce's clinic was great. He gained 2 lbs since his August clinic so that was pretty awesome to hear. Between his weight gain and his height he landed himself at 65% BMI. Woohoo!! Overall I don't really have too much to report. We are going to start doing nasal rinses and Flonase everyday verses as needed since it's that time of year. Bryce was excited about clinic because he got to see his CF team that he loves so much AND because he didn't have blood draws this visit. Always a positive. :)

I received his culture results last week and Bryce cultured Staph. He has cultured this before and unless he starts showing symptoms such as an increase in cough then they do not treat it. His culture results from August showed that he had a really rare growth called S Maltophilia. Thankfully that is gone, but now we have Staph. Prayers are appreciated to clear him up. We love clear cultures and want to get back to those by February clinic! 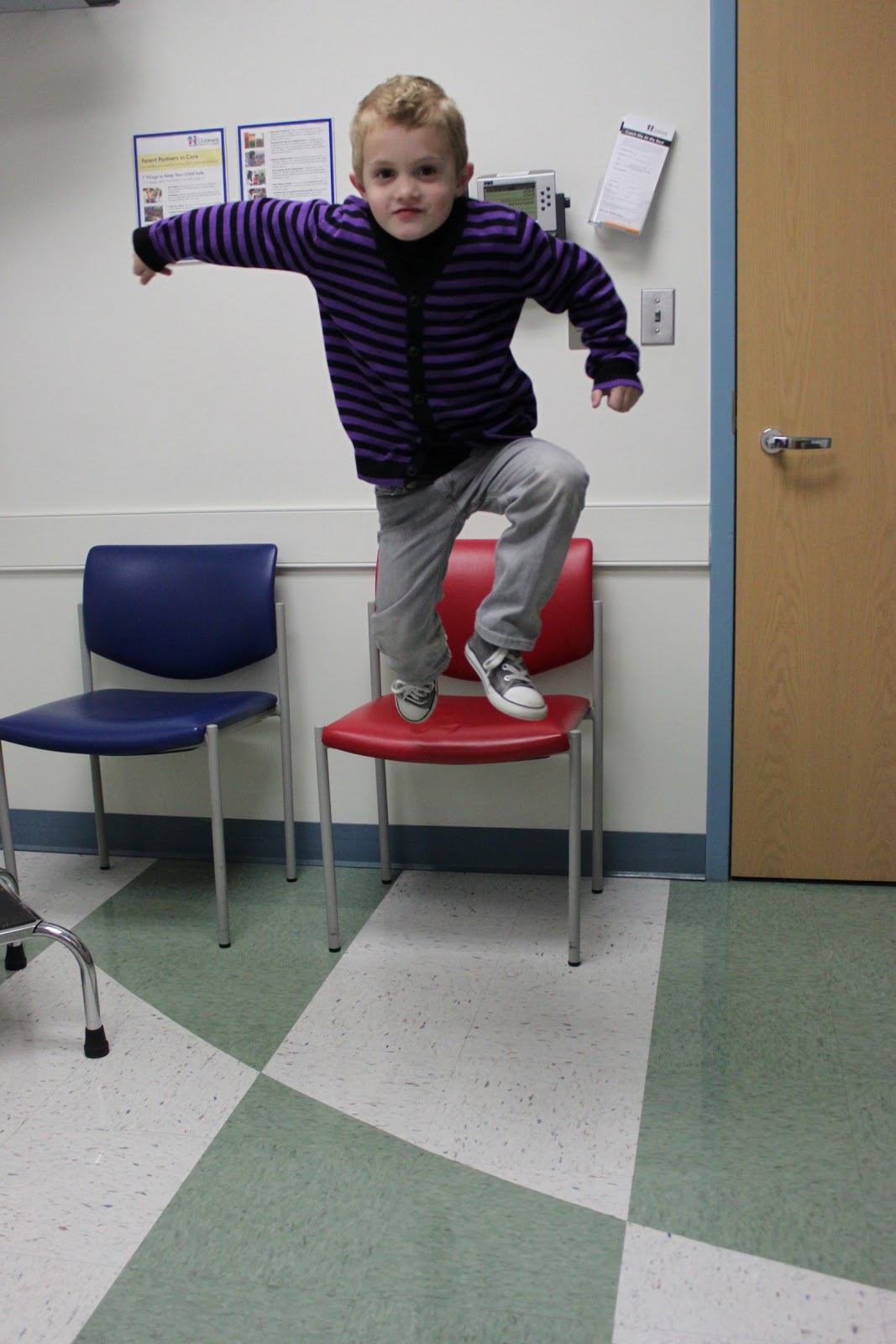 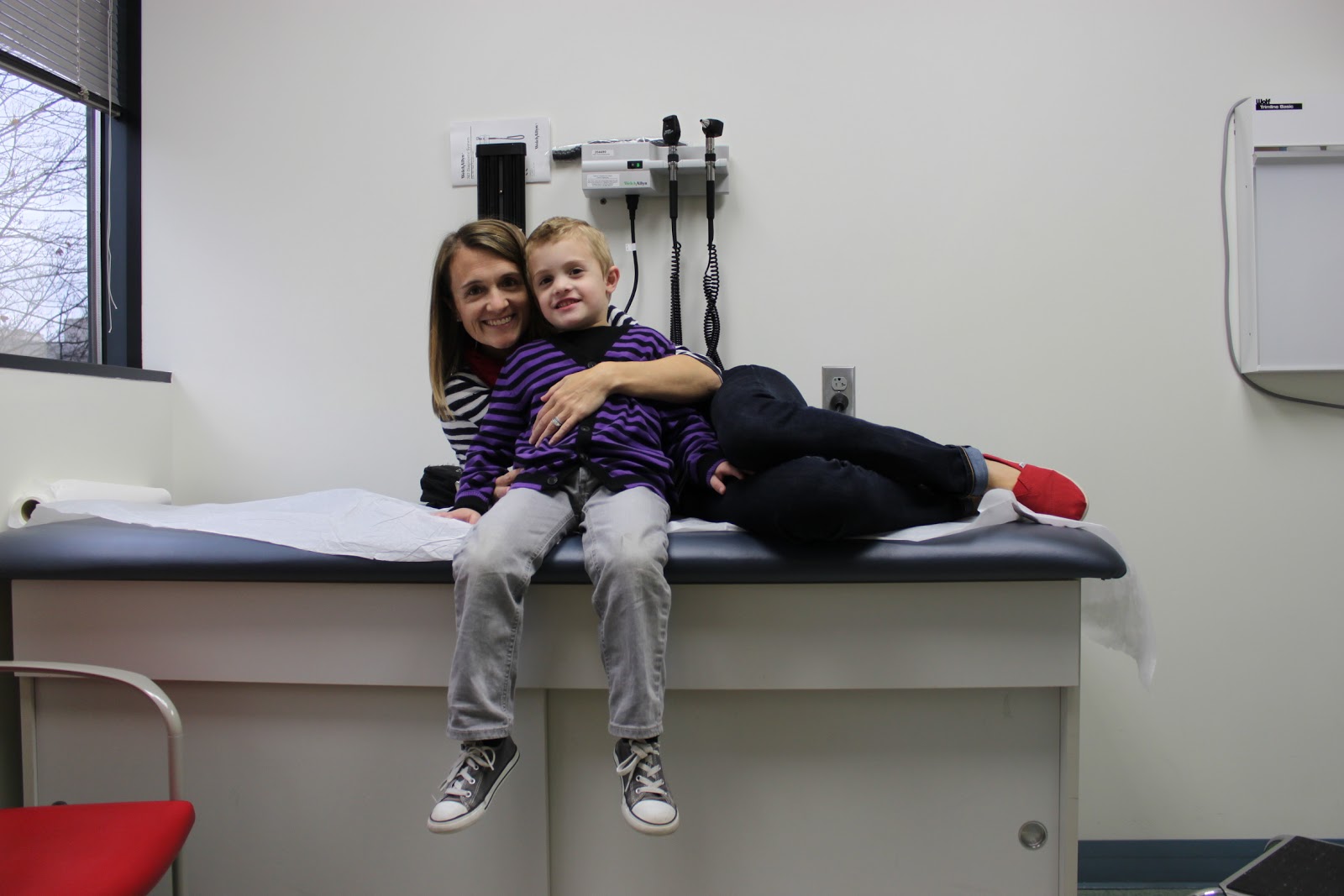 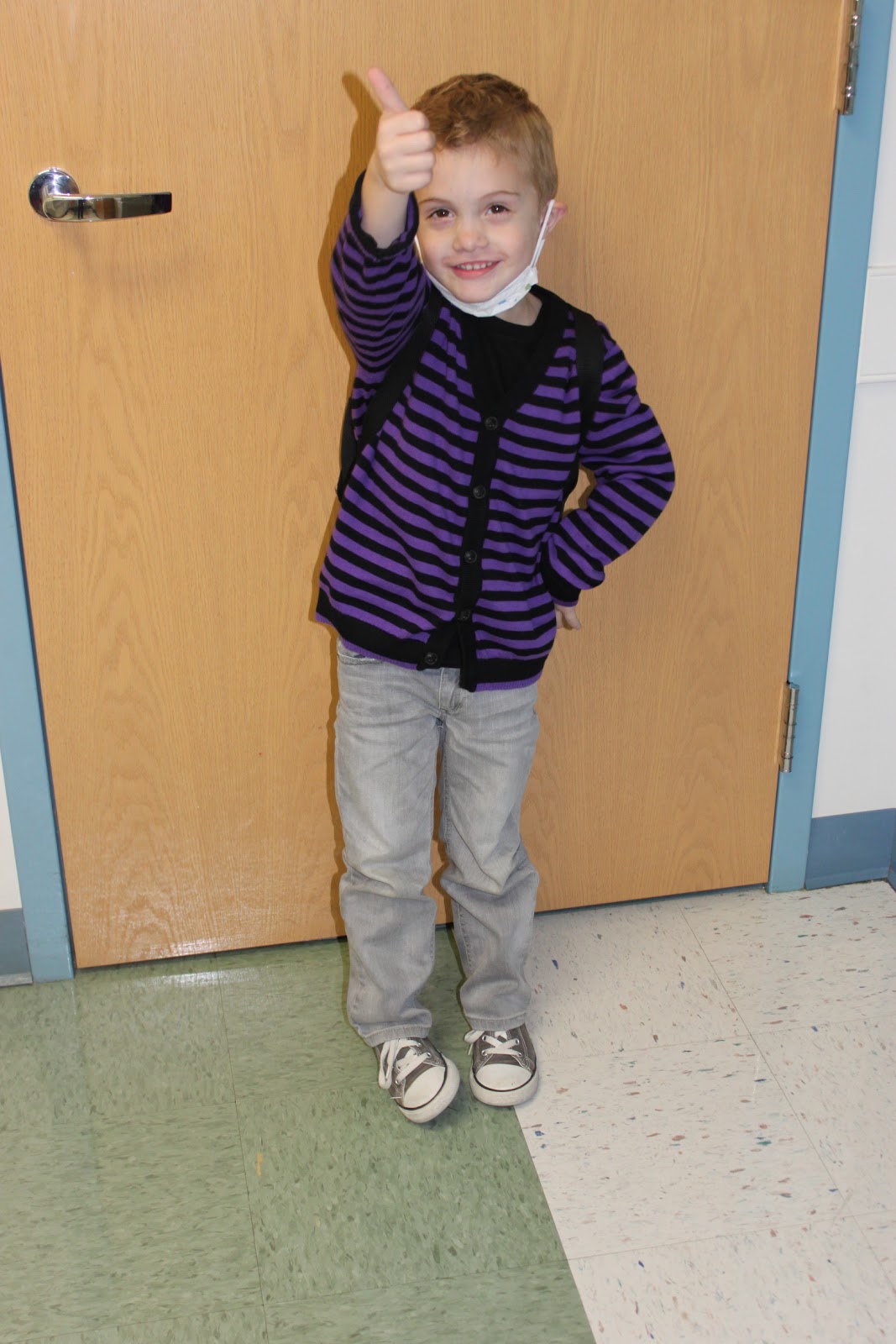 Thanksgiving week arrived and finally our schedule slowed down. It was pretty awesome because the kids spent the night out twice during the week so I had the change to catch up on the house and do a little Christmas decorating.

The night before Thanksgiving we celebrated my 37th birthday. I'm officially in my late 30's. How this has happened so fast is beyond me, but I'm embracing it. Kind of. My parents and brothers drove up to the house for some dinner. Our original plans fell through so mom and I ended up picking dinner up from Publix and it ended up being pretty delicious. Mom got me a cookie cake as usual. I have had a cookie cake for my birthday since I was a kid so it's definitely a tradition in our family. A very yummy tradition! 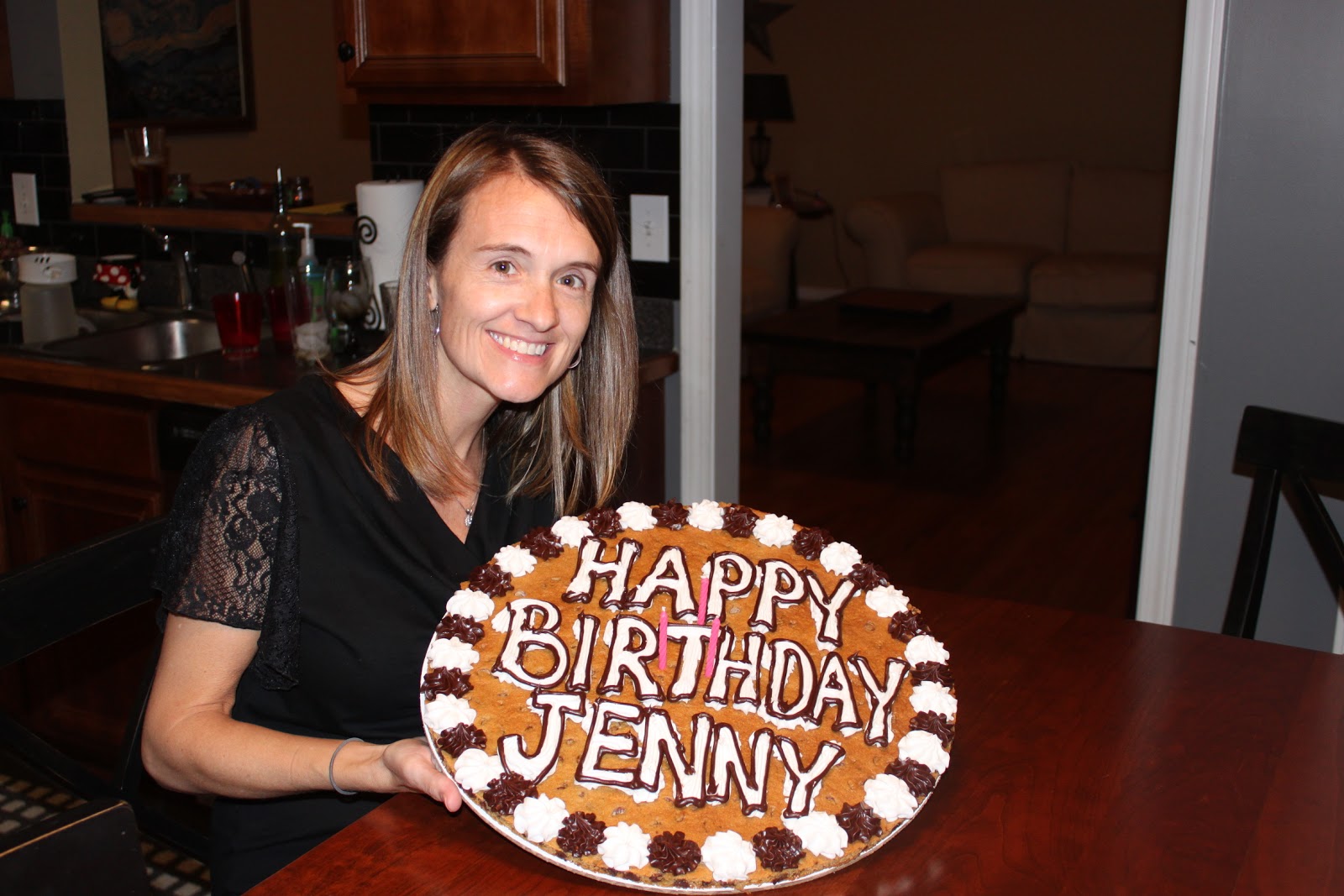 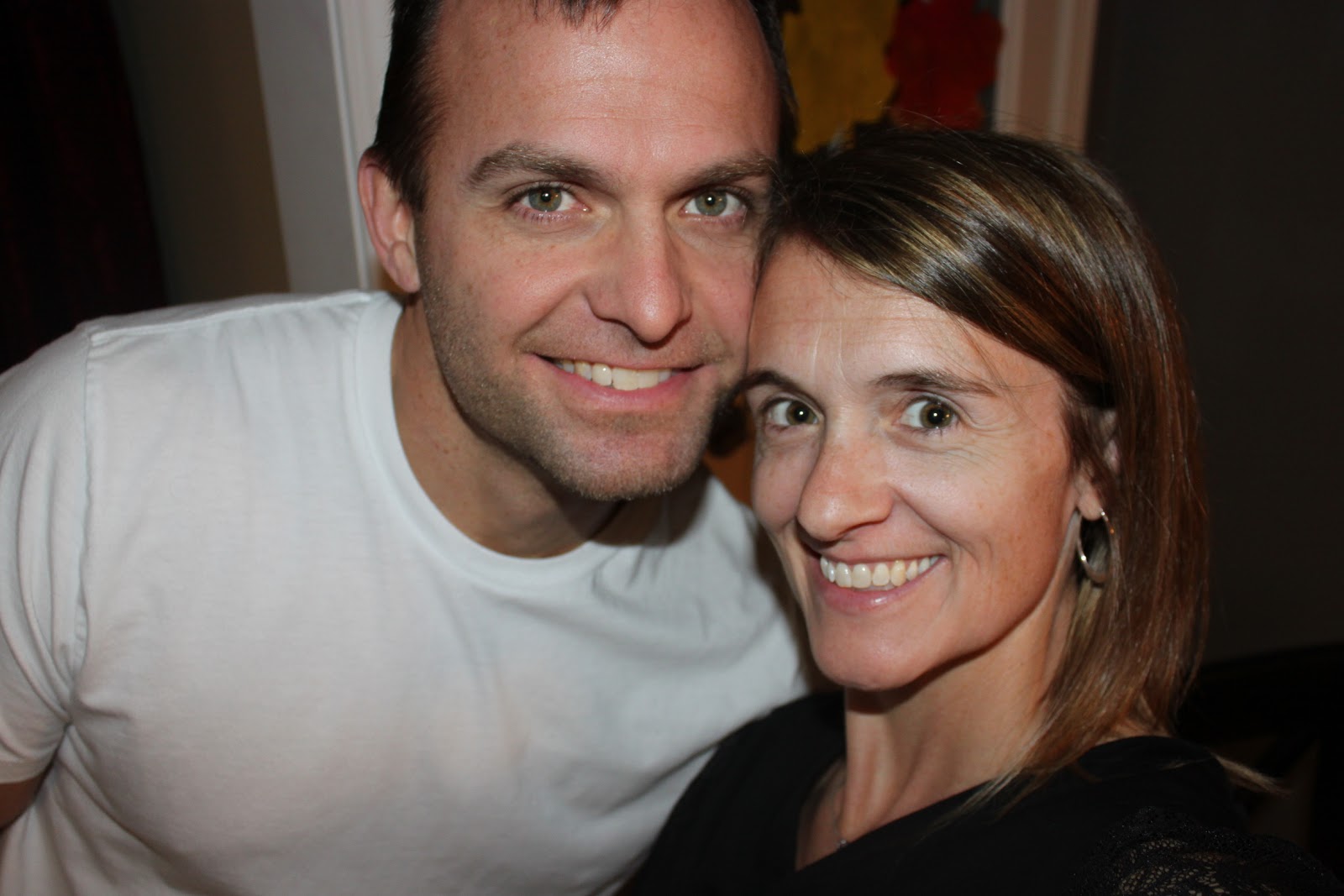 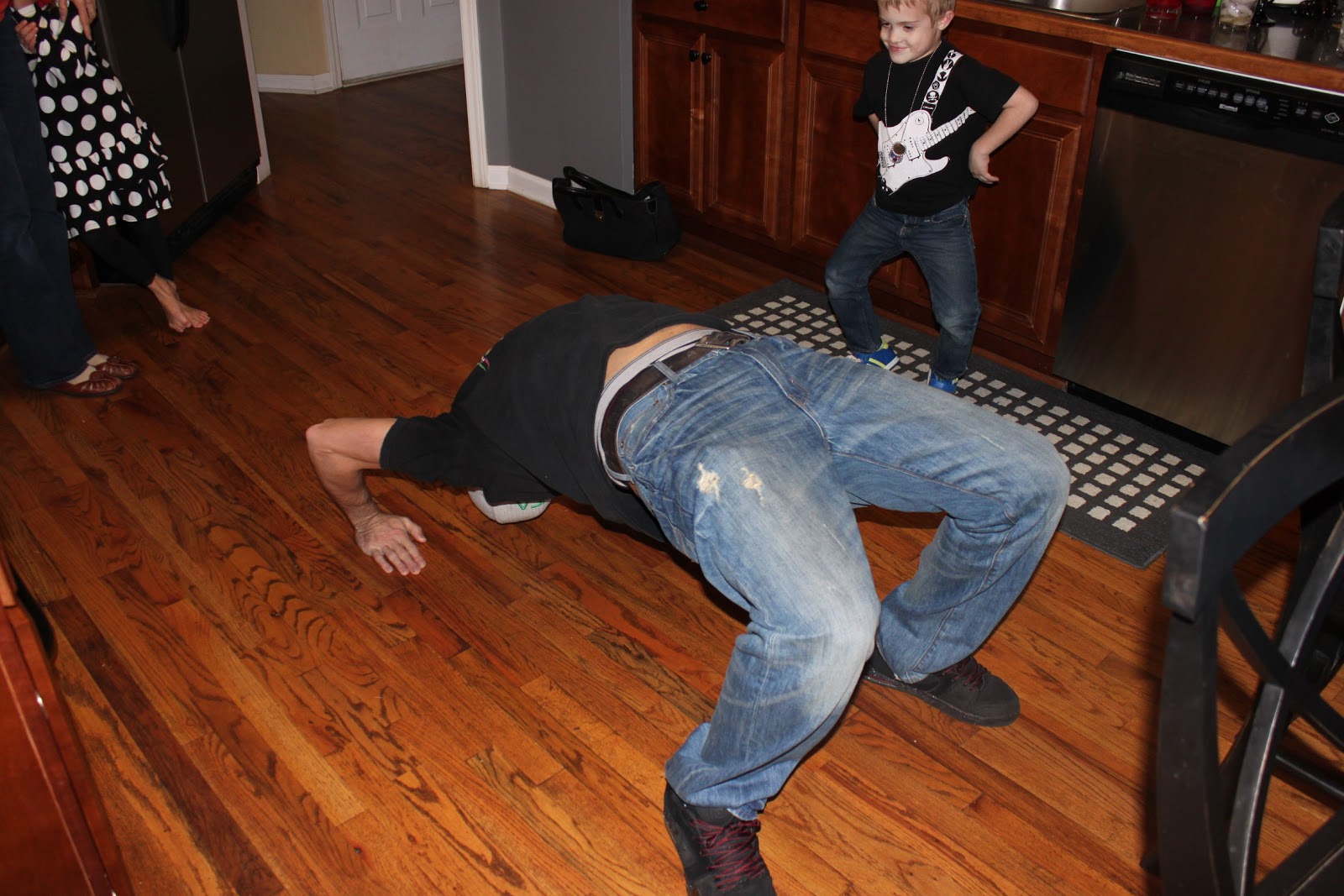 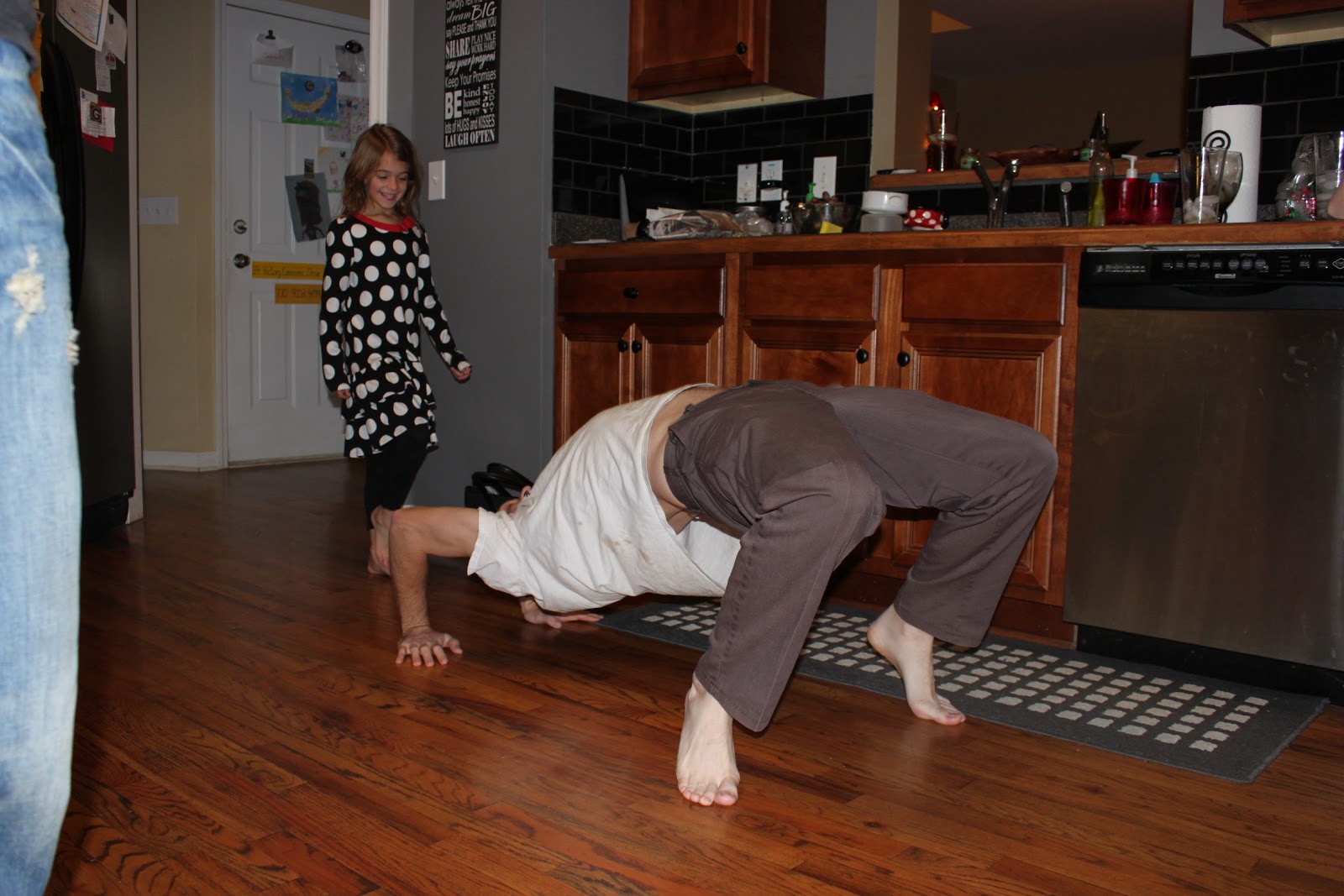 My brothers showing Jordyn they can "do" back-bends too. It was pretty funny.

Thanksgiving was a fantastic day. We had lunch with my dad's side of the family and then dinner with Bryan's family. I am such a sucker for family get-togethers. I just love hanging with our family! I forgot to take pictures so just imagine all the family happiness in your head.

The kids spent-the-night-out with my mom on Friday after Thanksgiving. Bryan and I went to the shooting range to shoot the gun Bryan got me for my birthday. Yes...I said a gun. I got my carry permit so now this momma is locked and loaded. Don't mess with me or my babies! We also picked out a Christmas tree, which Bryan and I have done just the two of us in years. I think this is the BEST tree we have ever had. The kids were so surprised to come home and see the tree waiting for them to decorate. 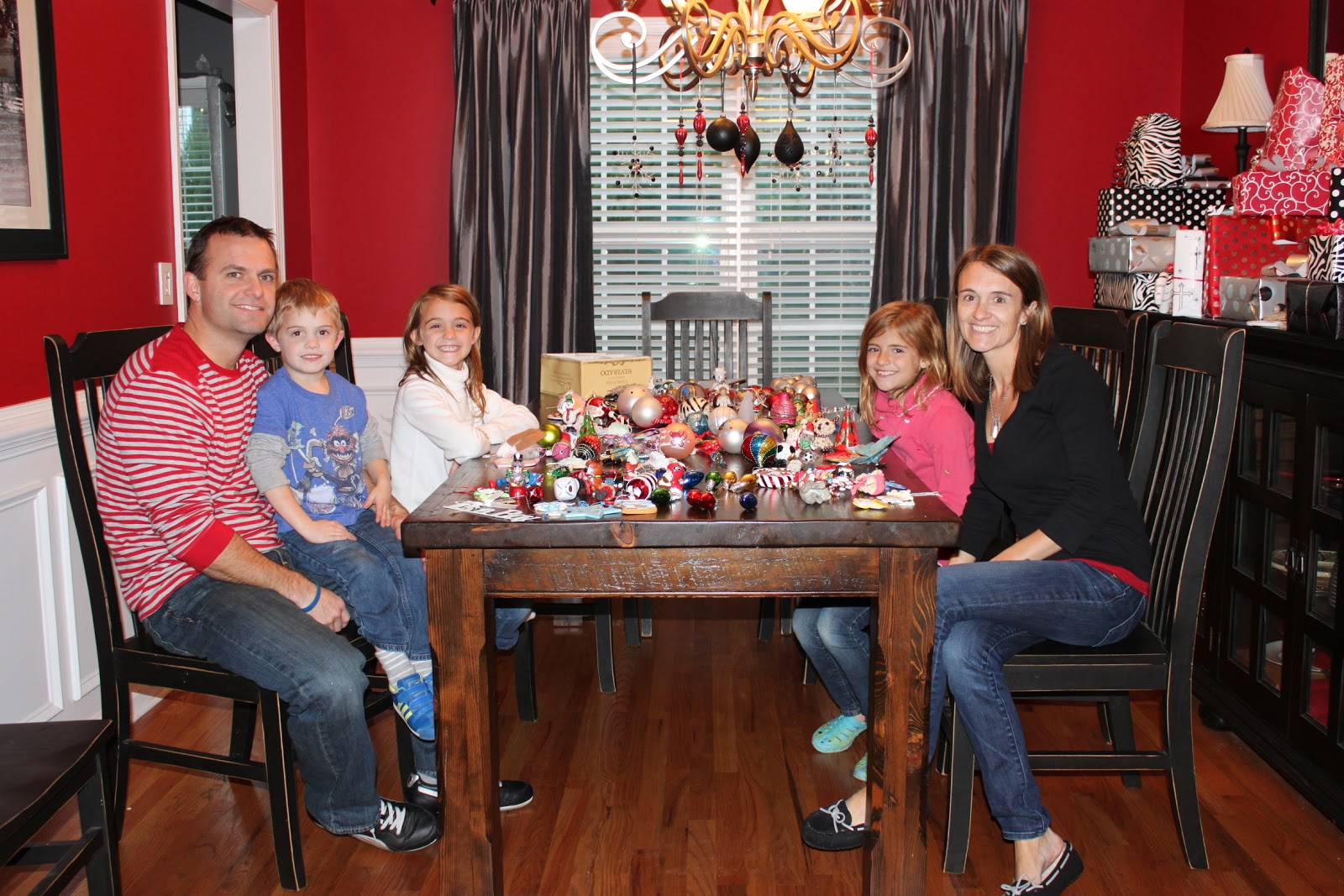 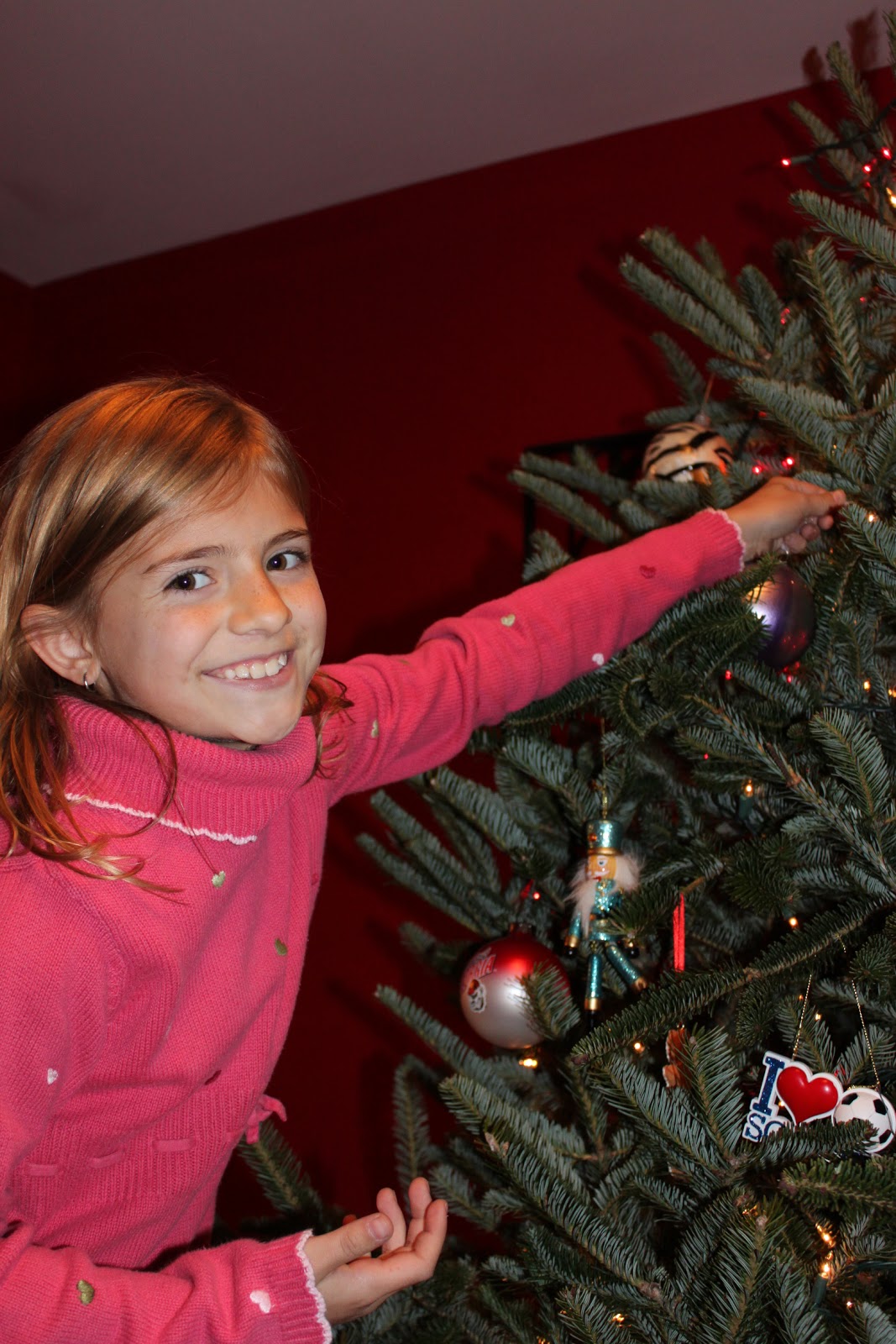 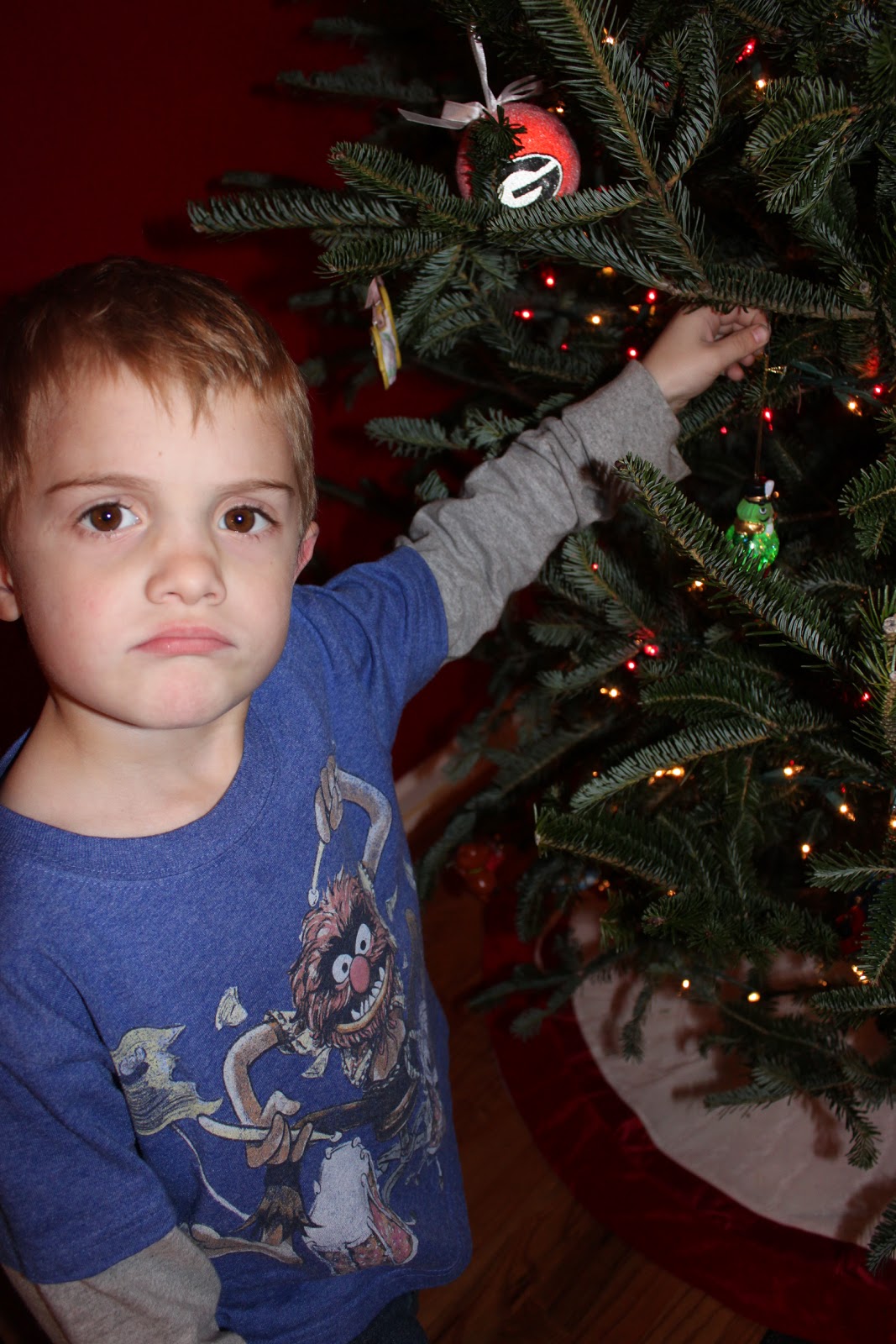 I promise he was having fun. 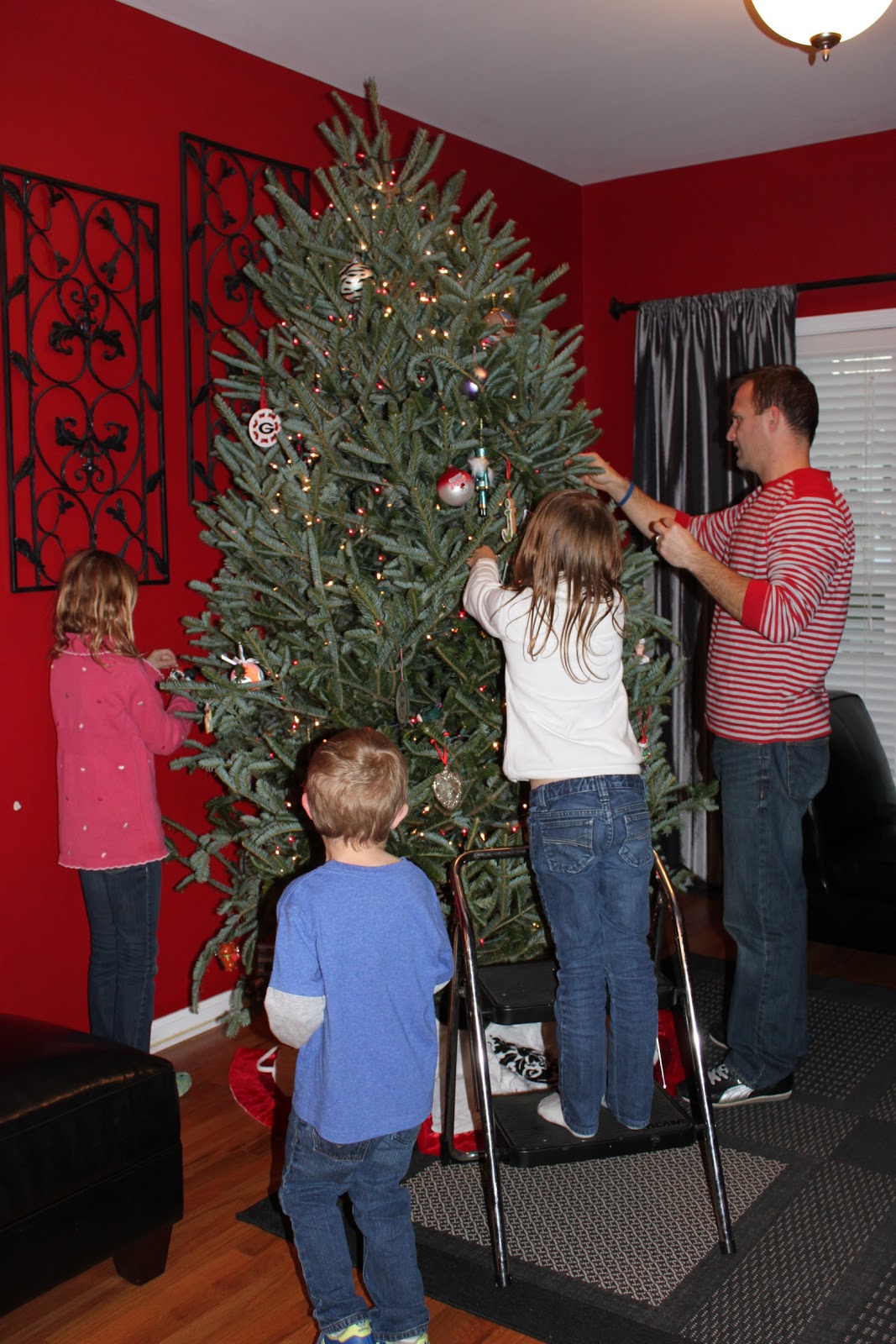 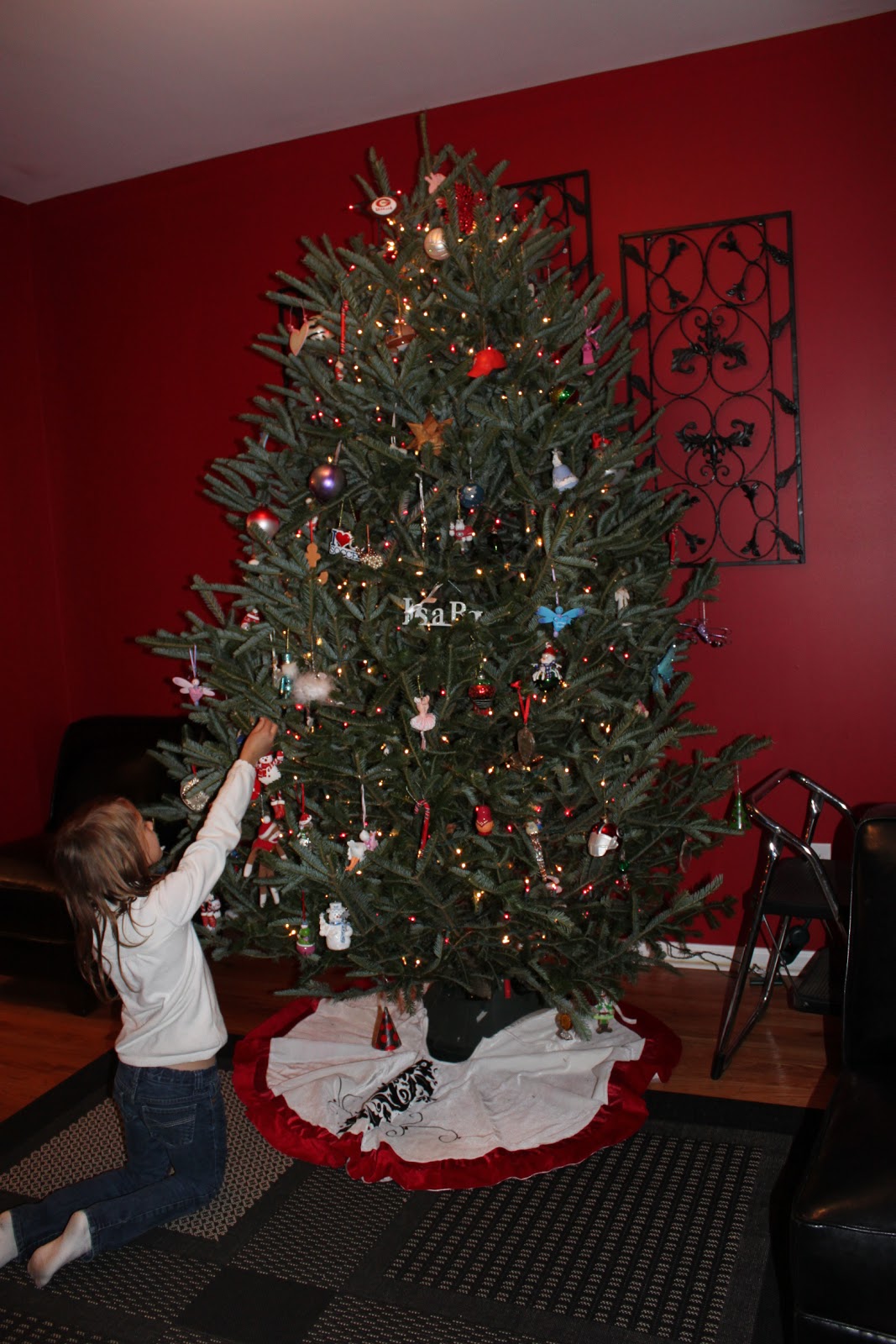 I think I need a bigger tree skirt... 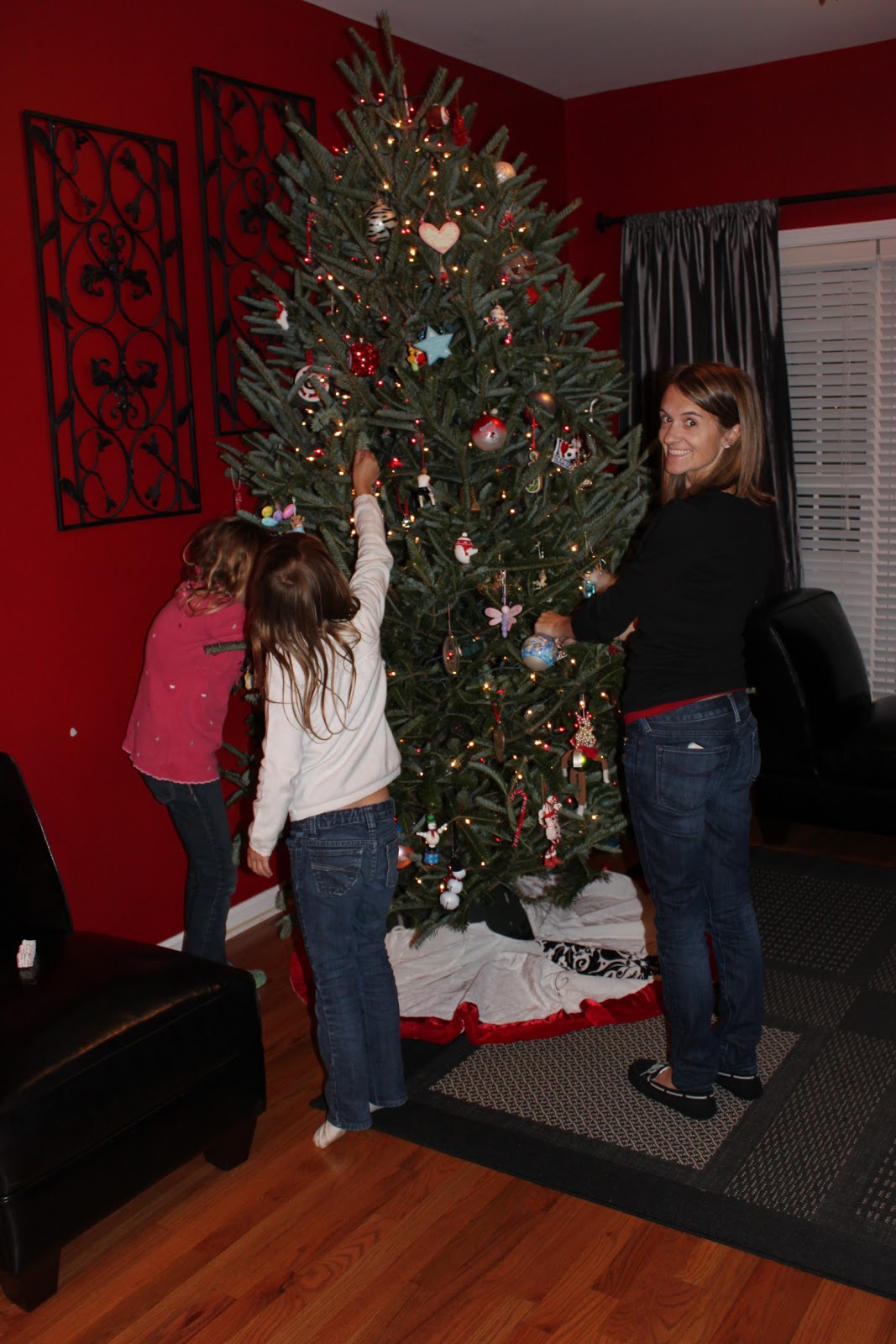 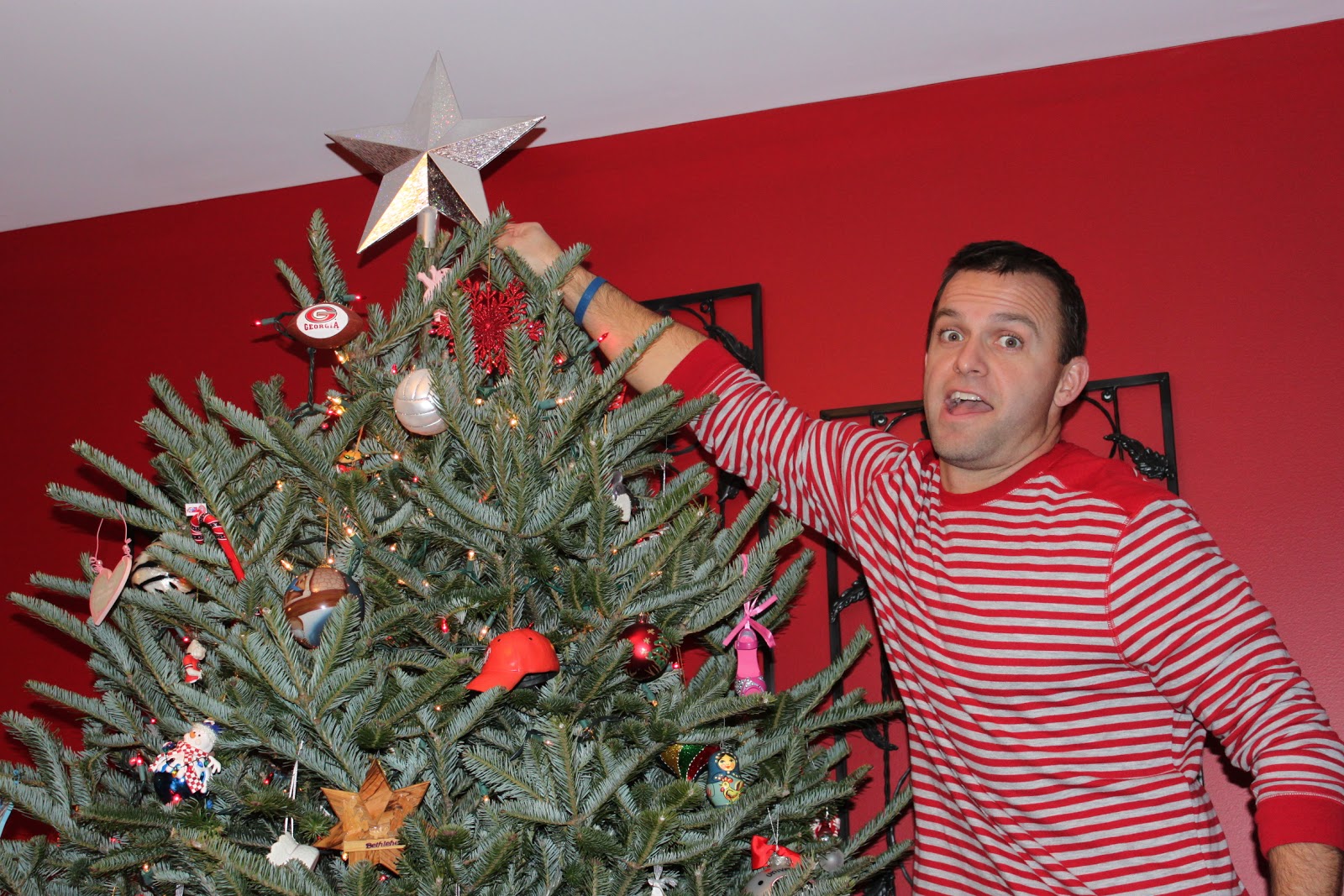 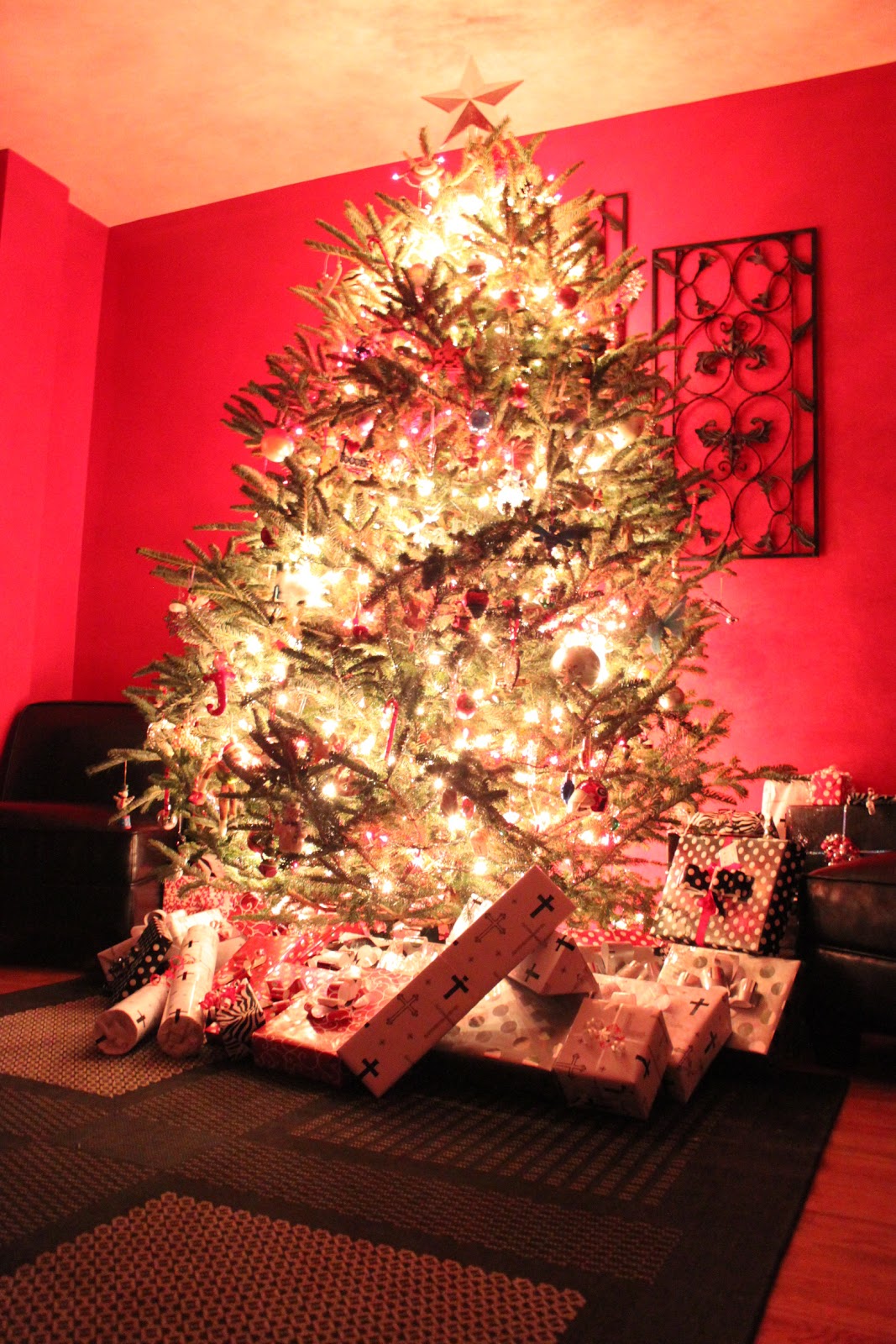 And there she is in all her glowing glory. Our tree is full of sentimental ornaments. Nothing really matches and the end result is always so pretty!
The Joneses are officially ready for Christmas!!

Posted by Jen at 11:14 AM
Email ThisBlogThis!Share to TwitterShare to FacebookShare to Pinterest