The first full week of summer has zipped by.

On Monday's I work until 1:30 so while I was working the kids went with Bryan to beach volleyball practice. I think they had fun playing in the sand at the courts. That night we decided we were in need of a sweet treat so we took the kids for ice cream. It helped that we had a gift card and coupon! 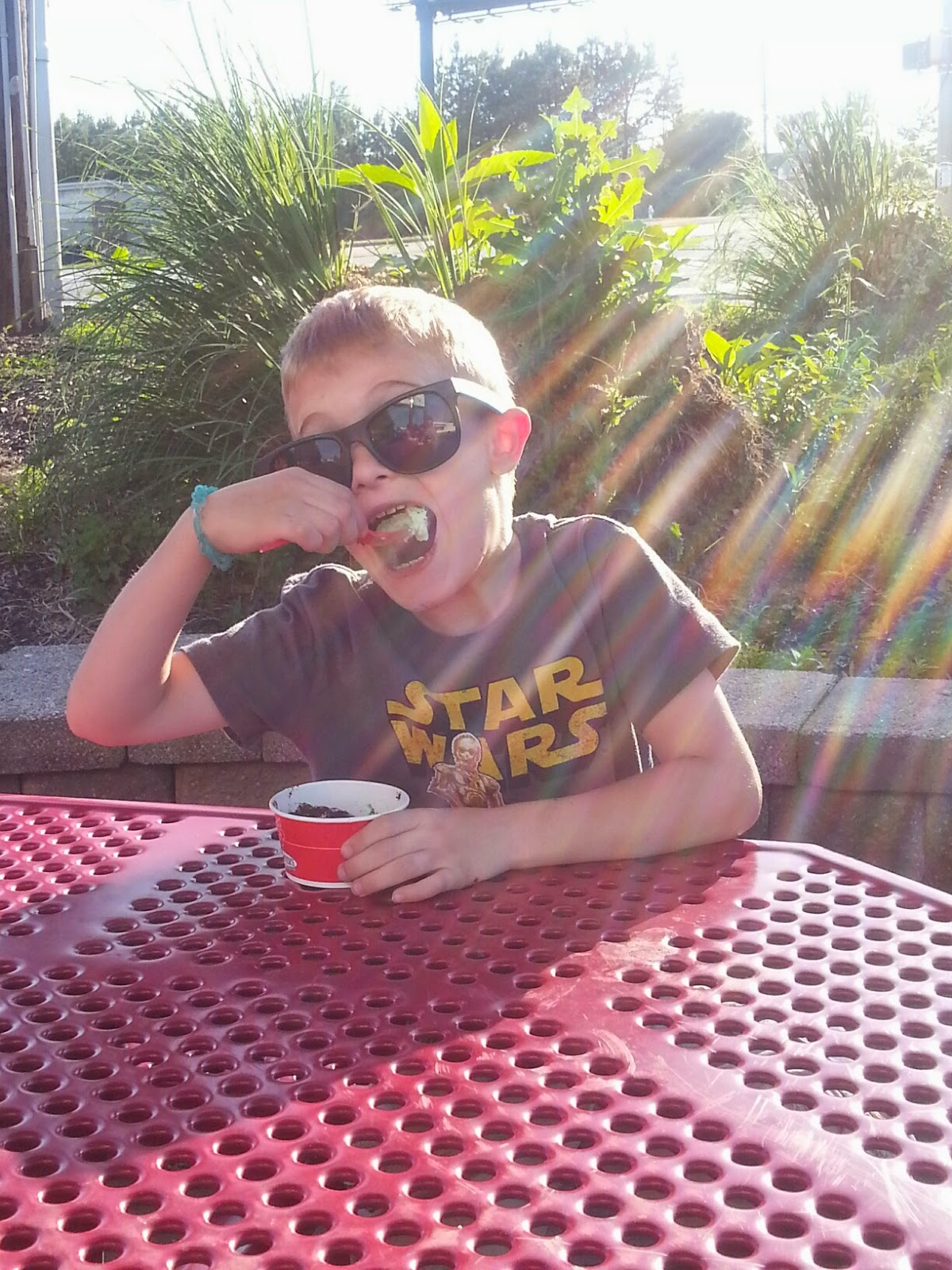 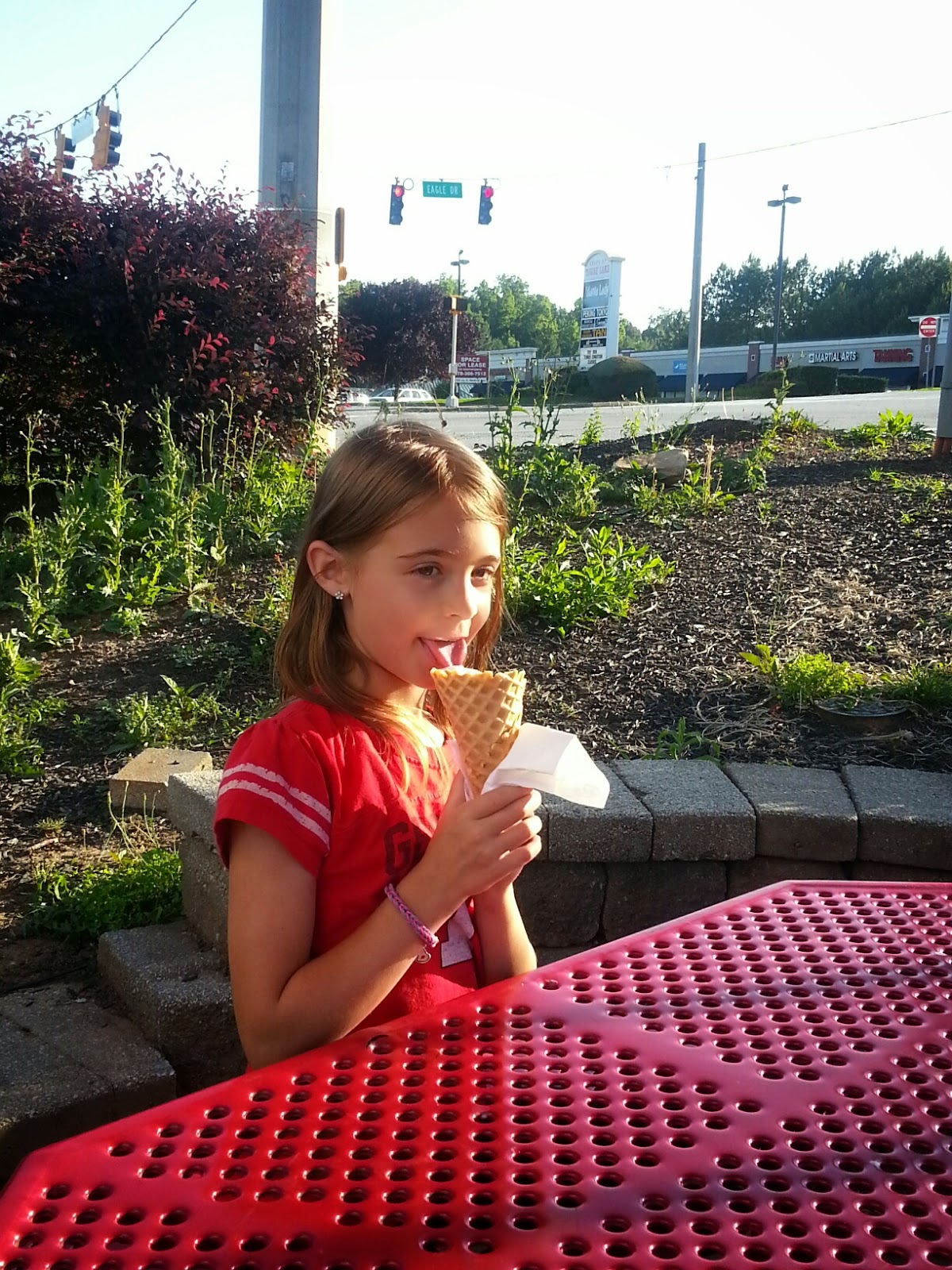 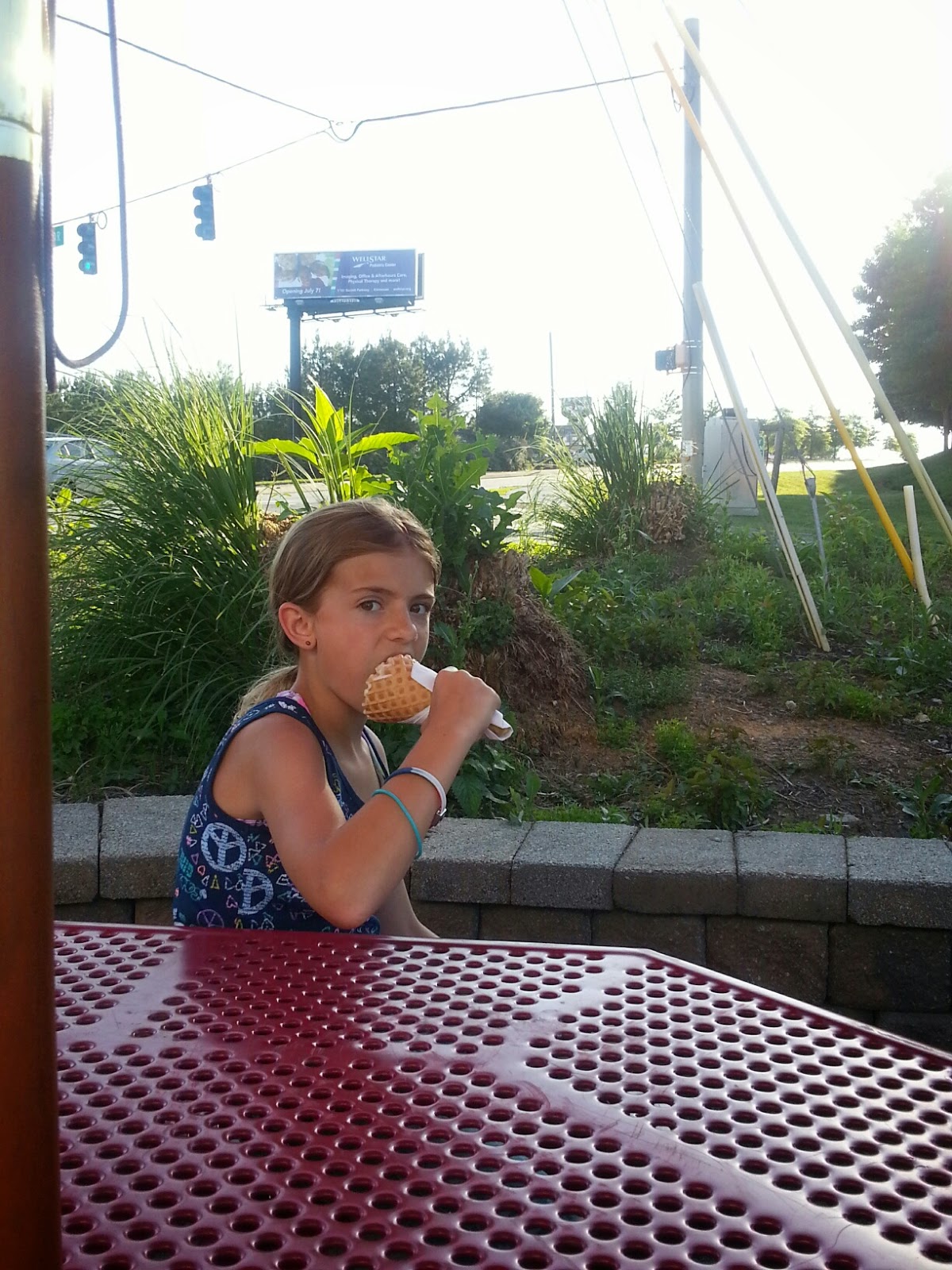 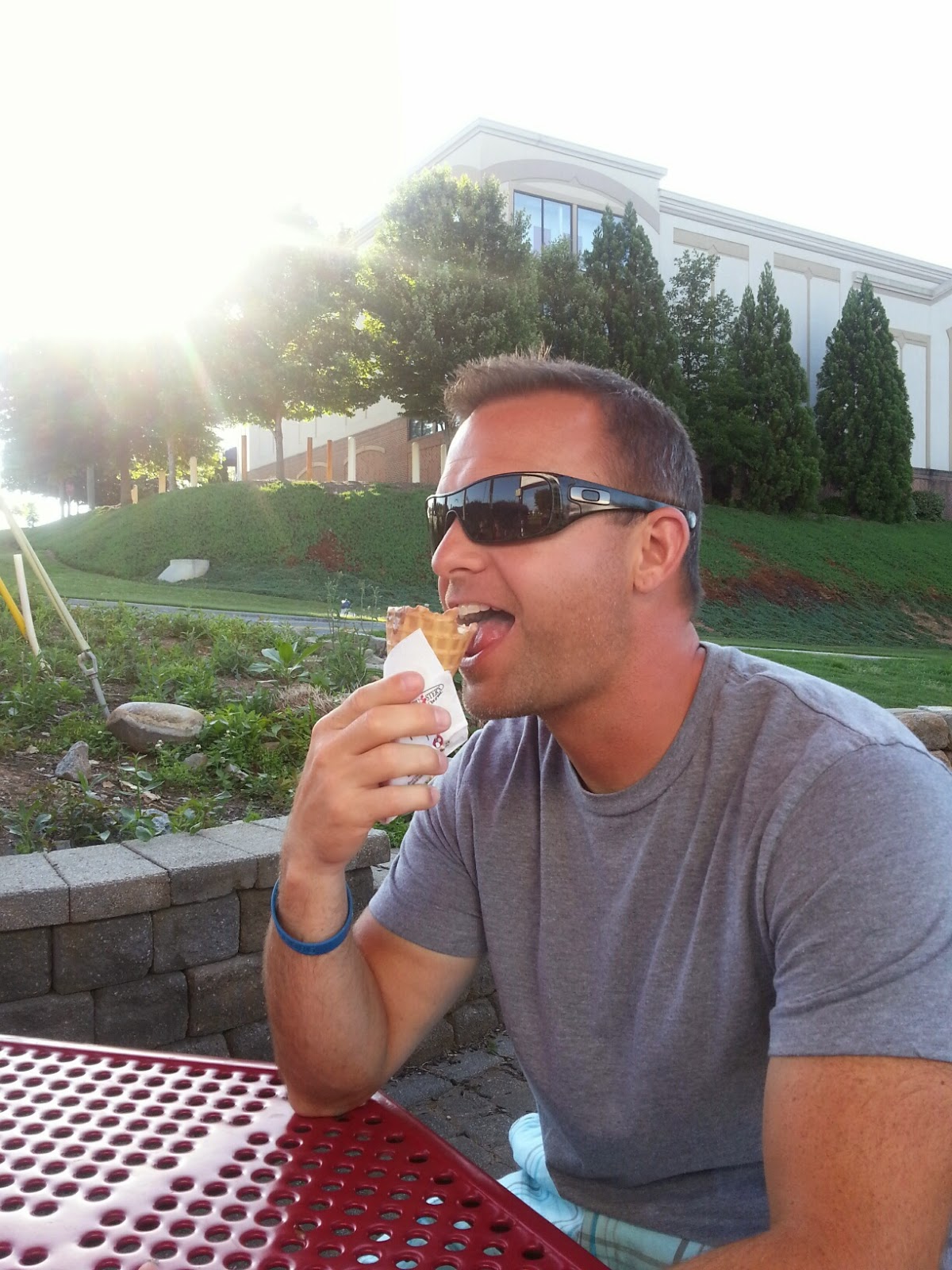 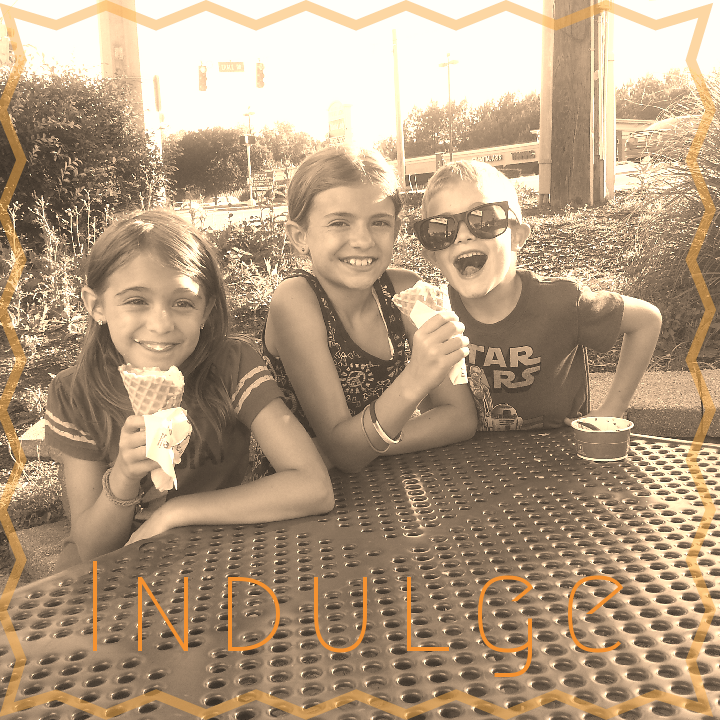 I made this on an app called Studio Design. Took me a few to figure it out, but you can do a lot fun stuff with your pictures.


Tuesday I was supposed to go in to work at the furniture shop (I have 2 part time jobs currently), but I stayed home to have some blood drawn for a new life insurance policy. Worked out perfectly since Sydney's friend Erin came over for a play date. Do you still call them play dates when they are 10 and 11-years-old? The kids had a blast playing together. I even set up an obstacle course and we timed each other to see who could do it the fastest.

1. Run across the yard and back while "riding' the horse.
OH yea...you had to make horsey noises. 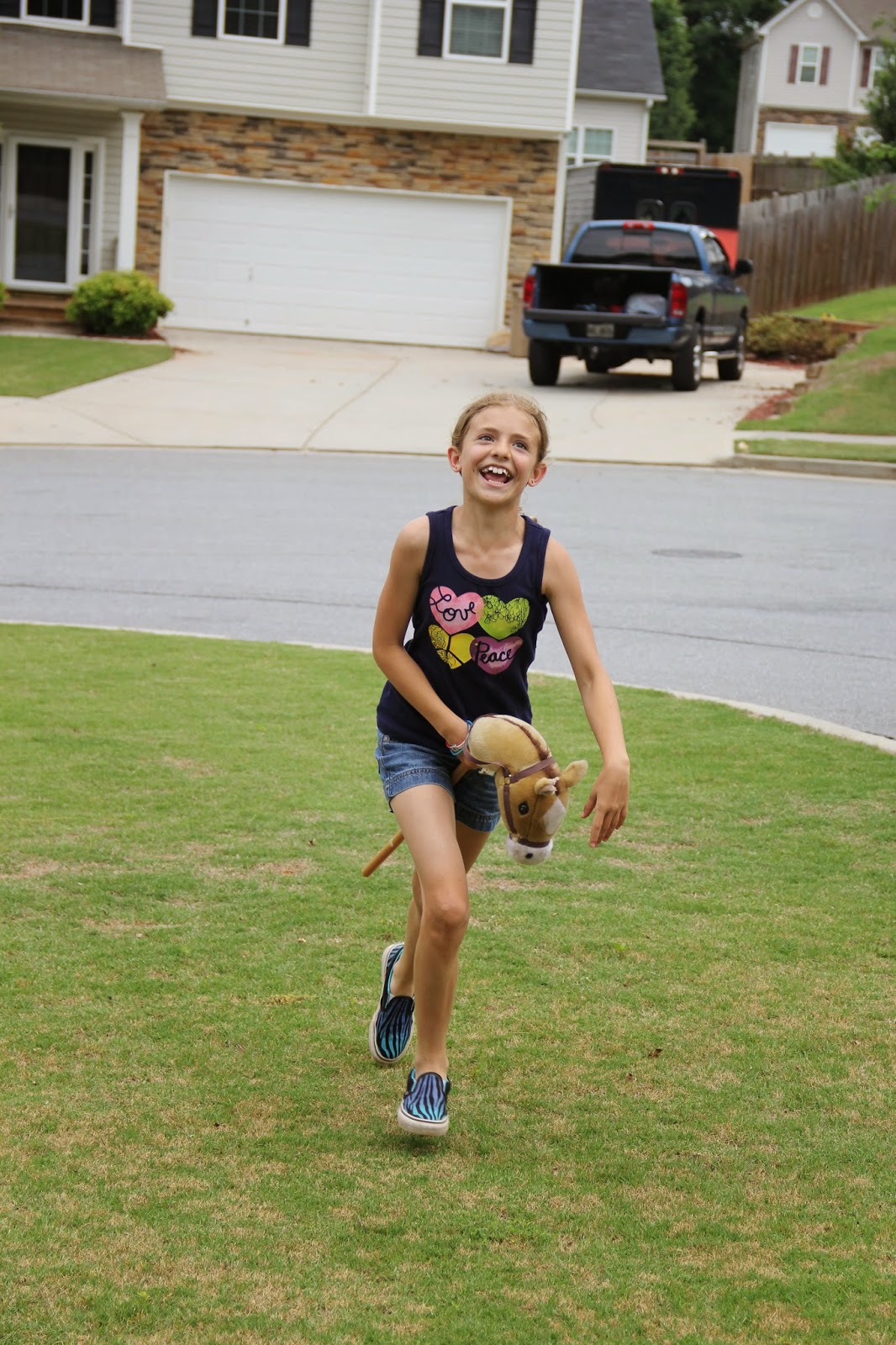 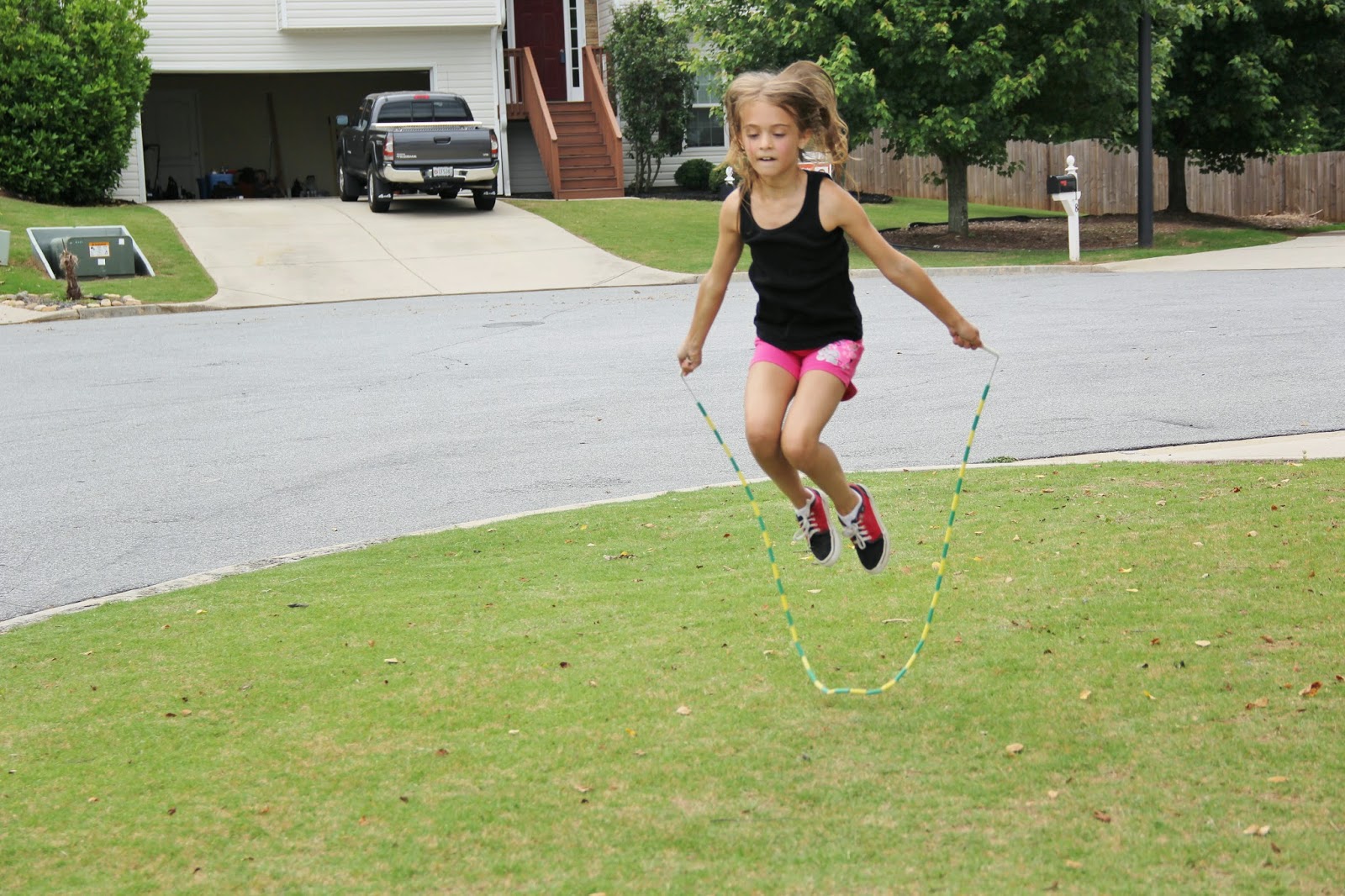 3. Next, 3 head spins around on the baseball bat. 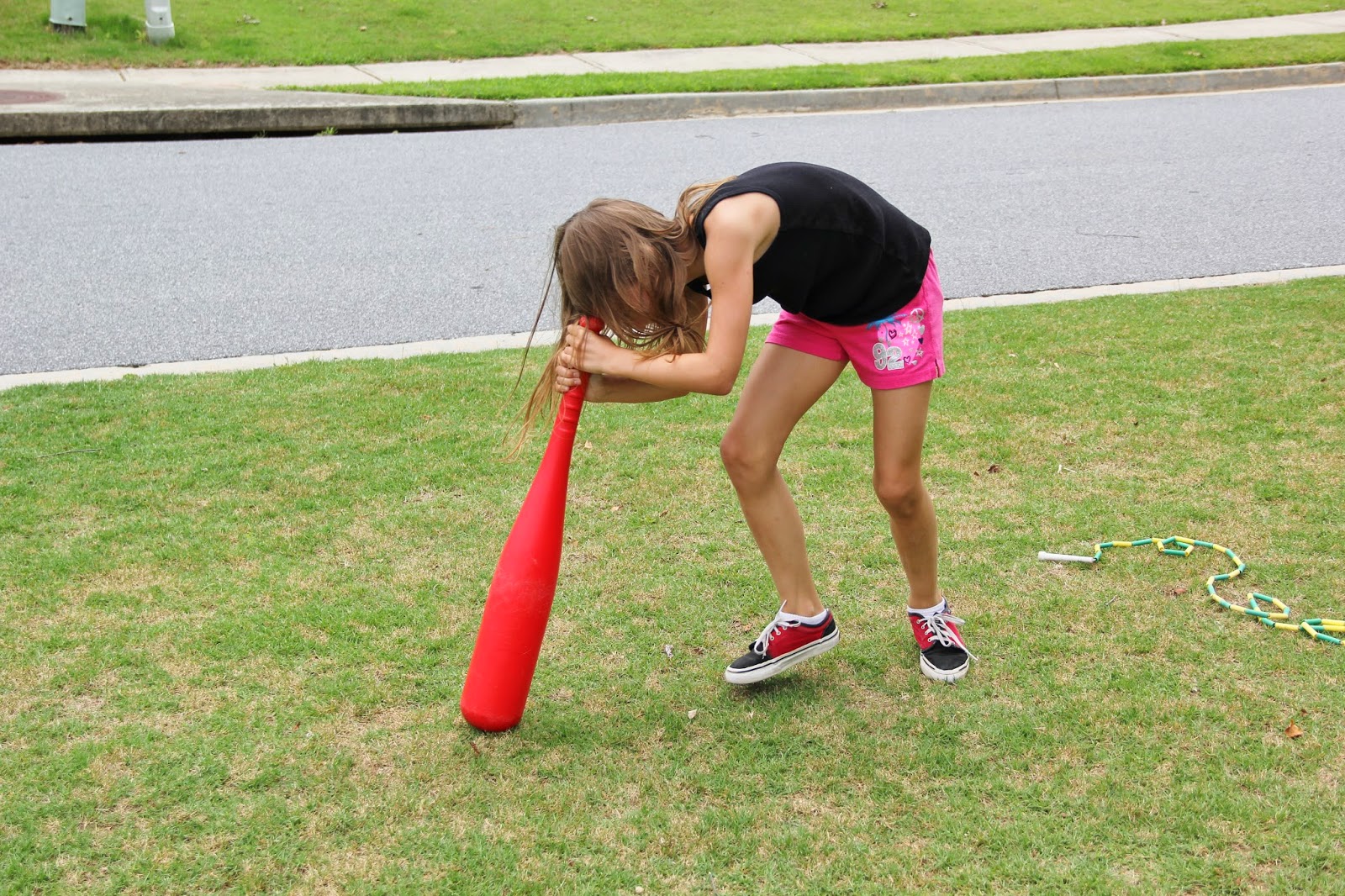 4. Do a short routine with the light sabers.
(Clearly I took this very seriously). 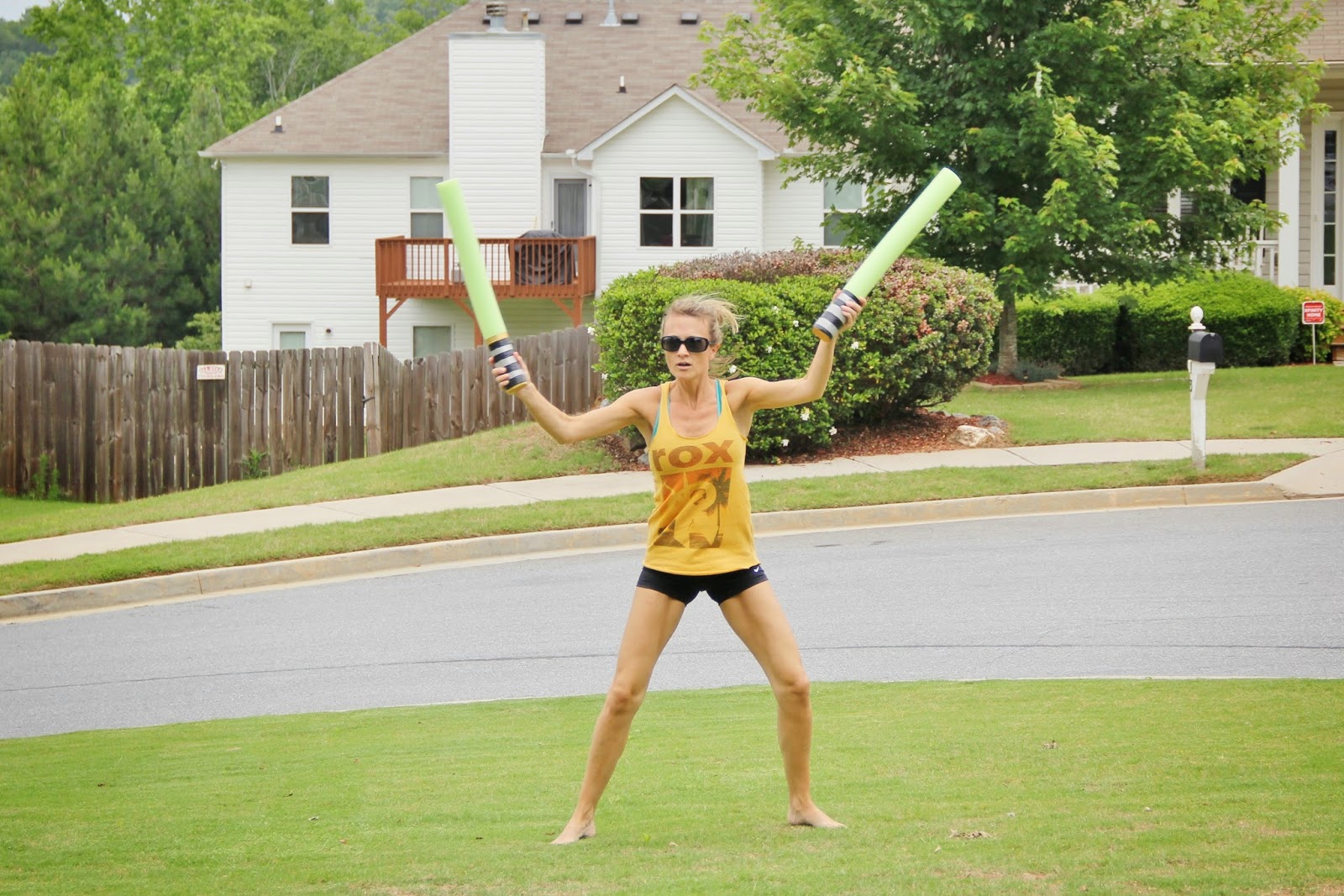 5. Run and jump over the cooler. As you can see Erin cleared it with ease. 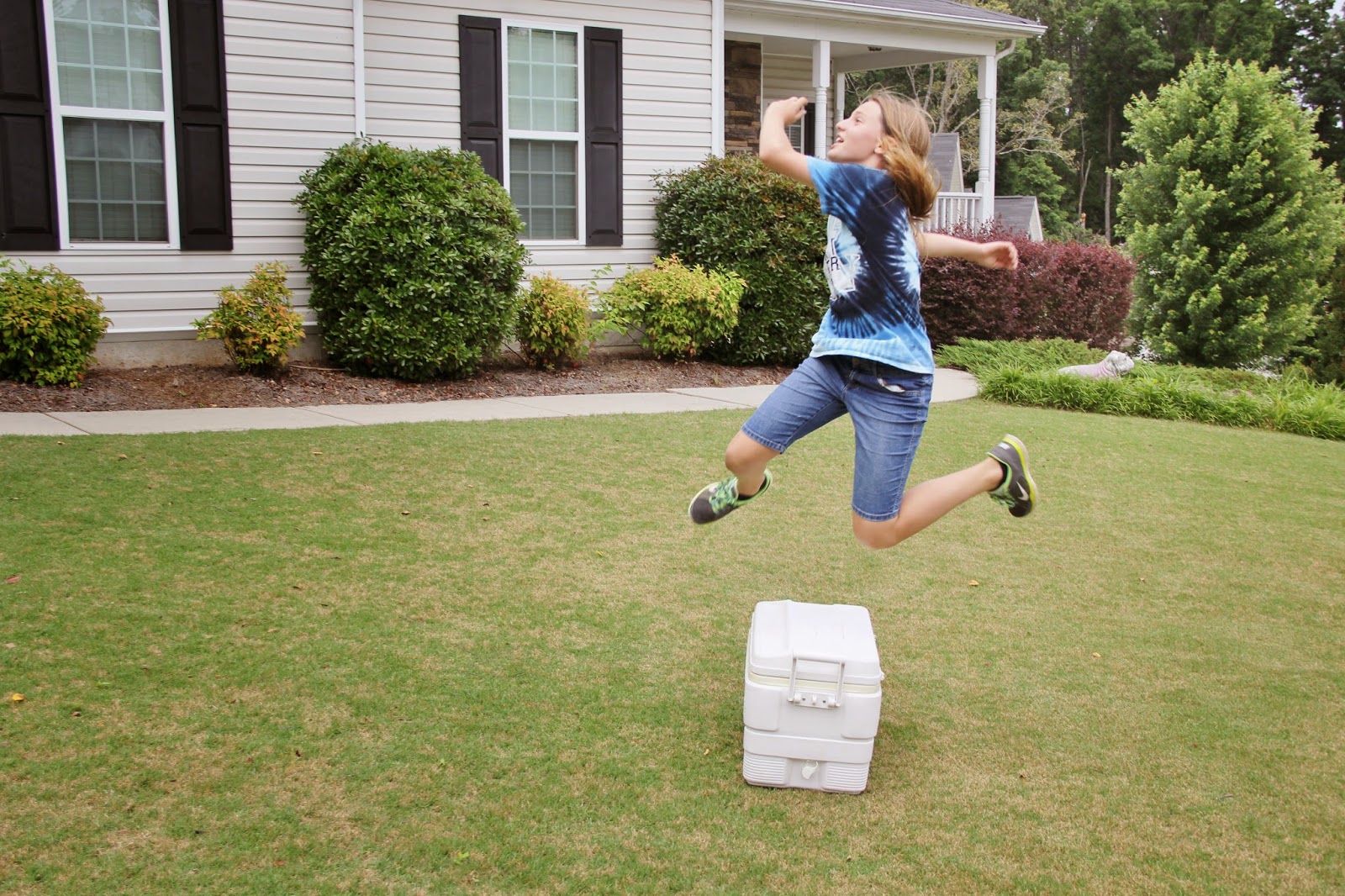 6. To finish up you had to run and sit on Uga for the timer to stop. 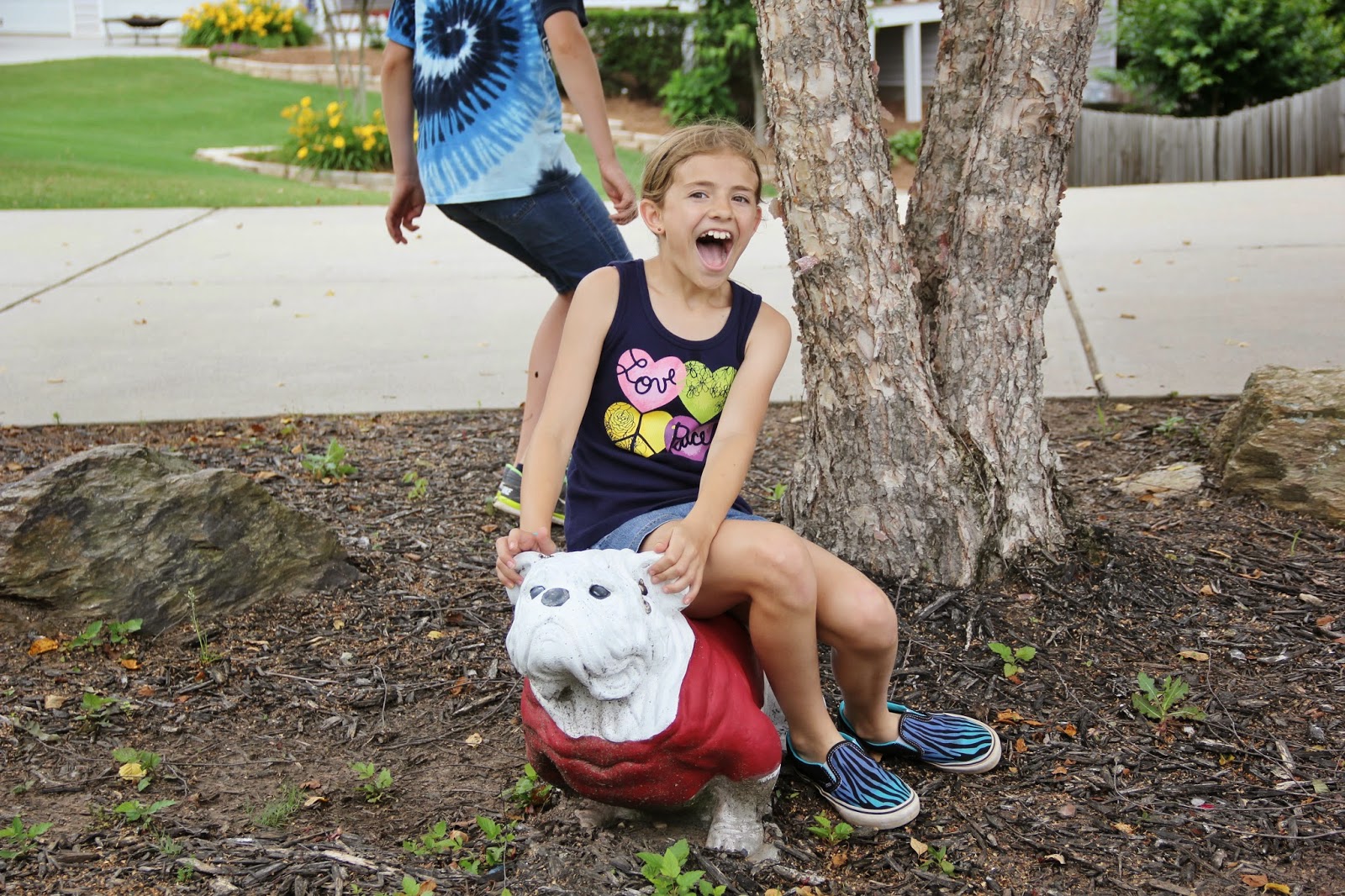 So this may or may not have been the worse obstacle course ever made, but the girls laughed the entire time so mission accomplished. 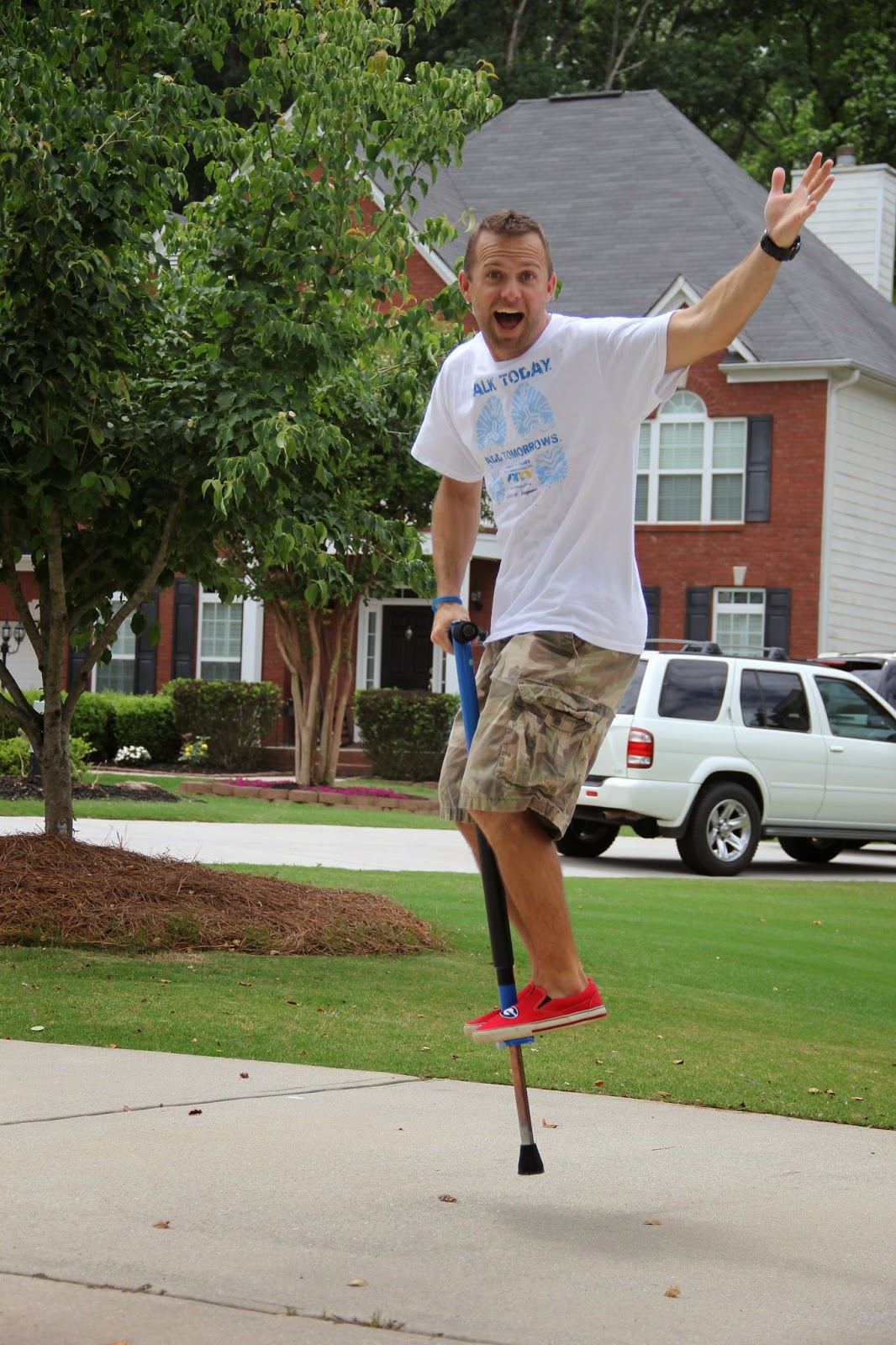 After the obstacle course Bryan and Syd had a Pogo stick competition...who could pogo the longest. Bryan won, but Sydney held her own and was so close to beating him. They each jumped for over 2 minutes. Plus at the 2 minutes mark we started throwing balls at them. haha!

Wednesday and Thursday were pretty uneventful so hence why my lack of pictures. Friday; however, brought the first official Pool Friday of the season! (We went last Friday too, but we were the only ones there). The Mullinax boys and the Howe girls joined us for the afternoon and the kids had a blast as usual. 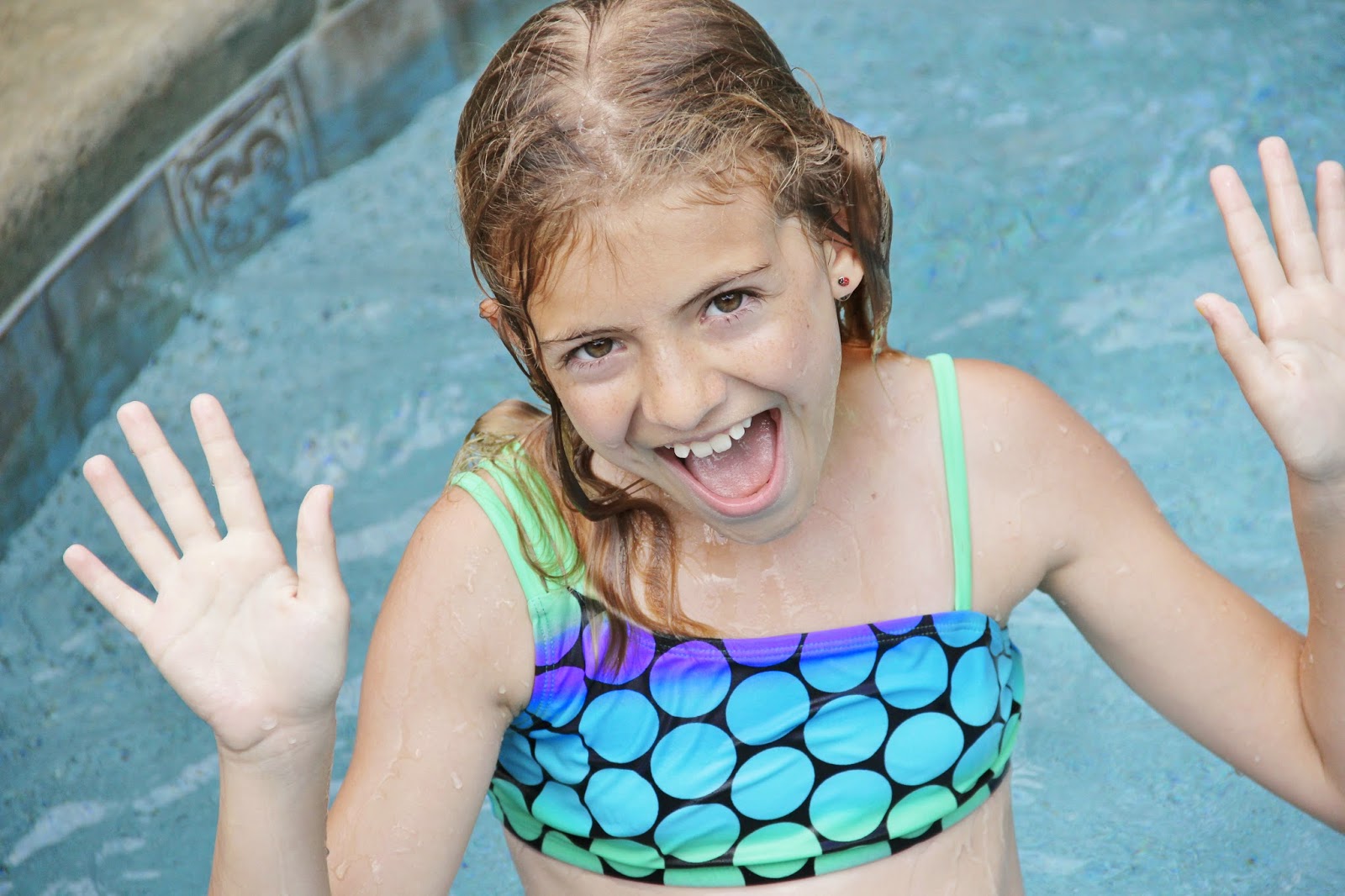 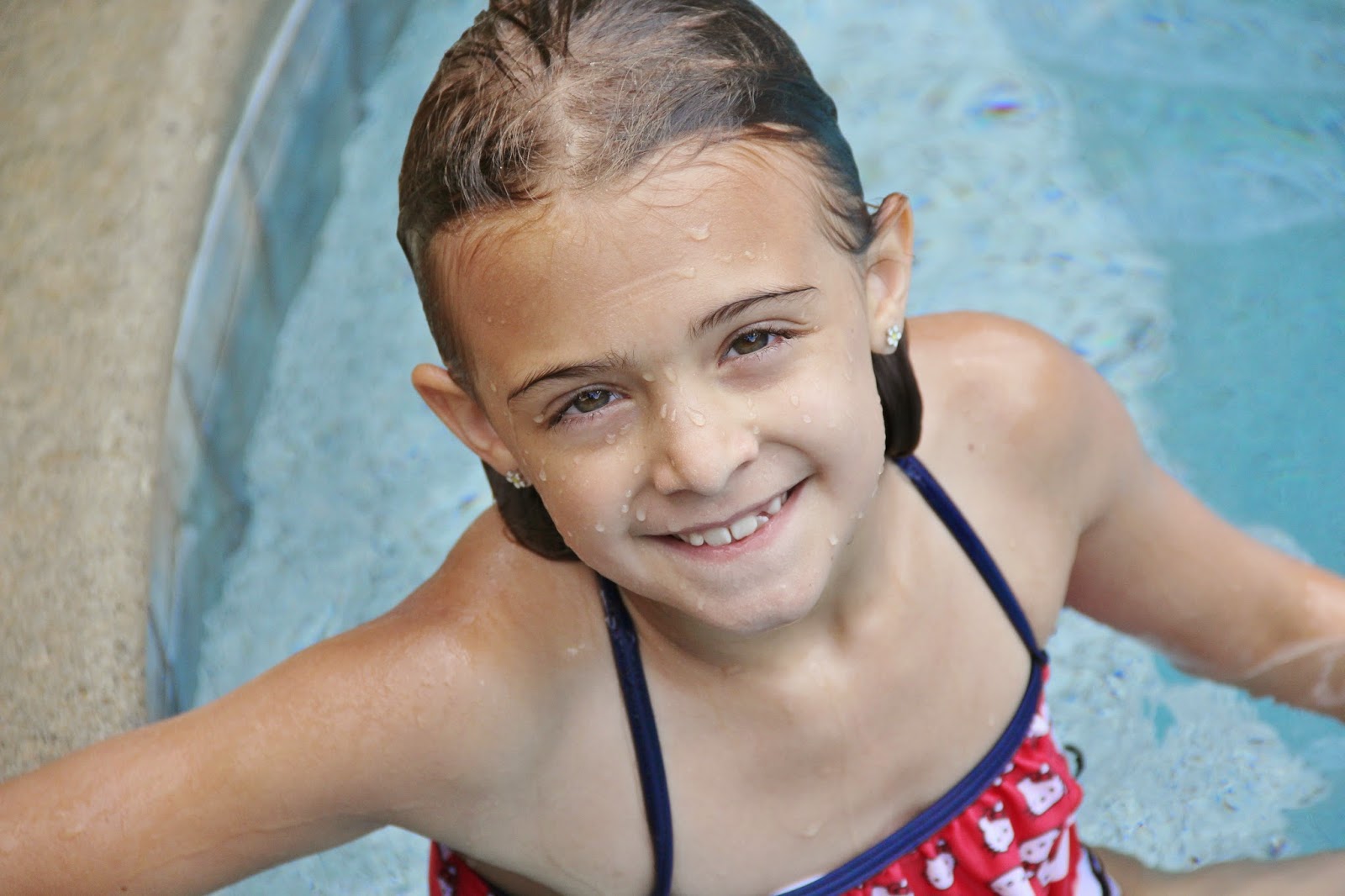 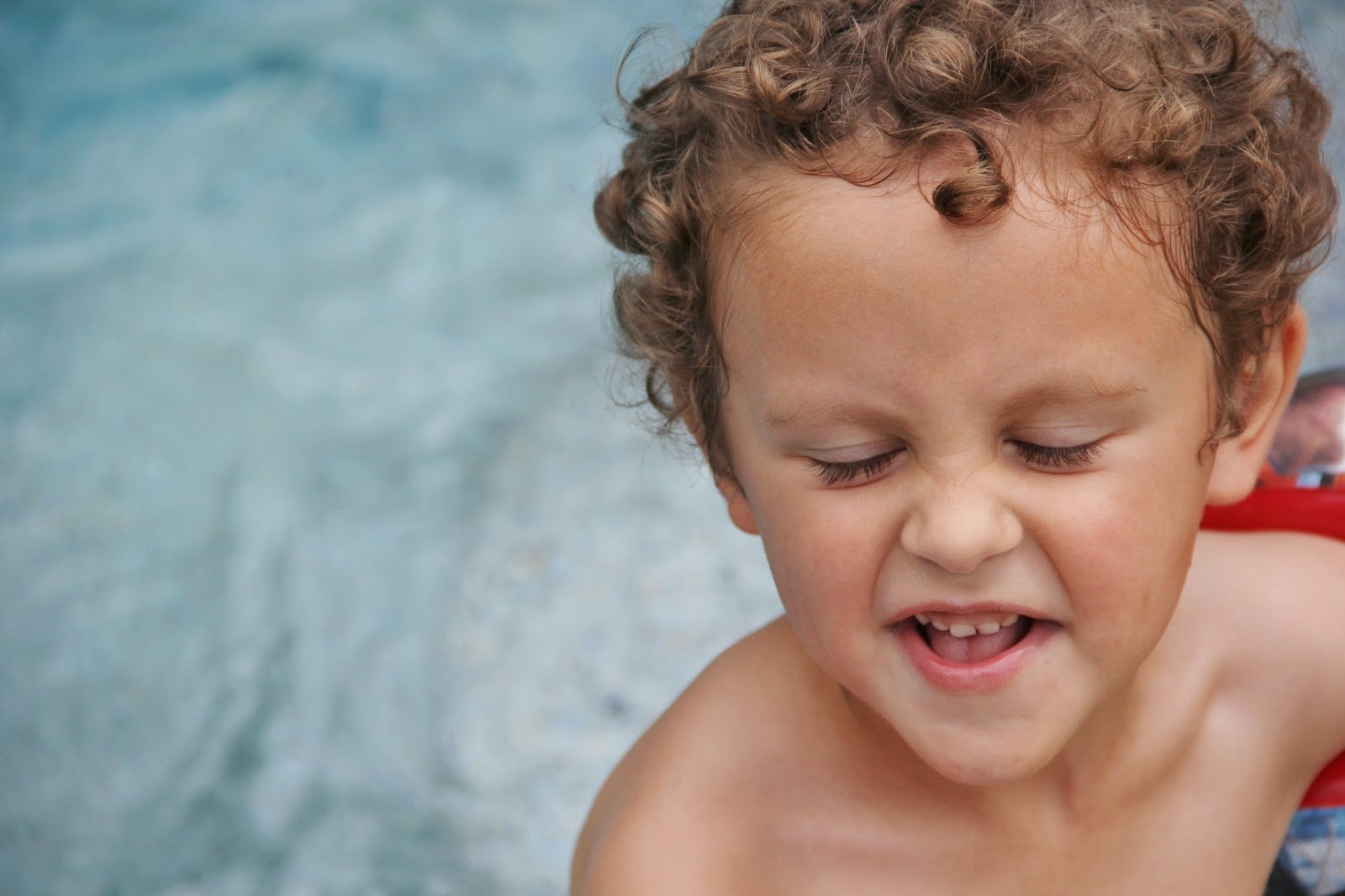 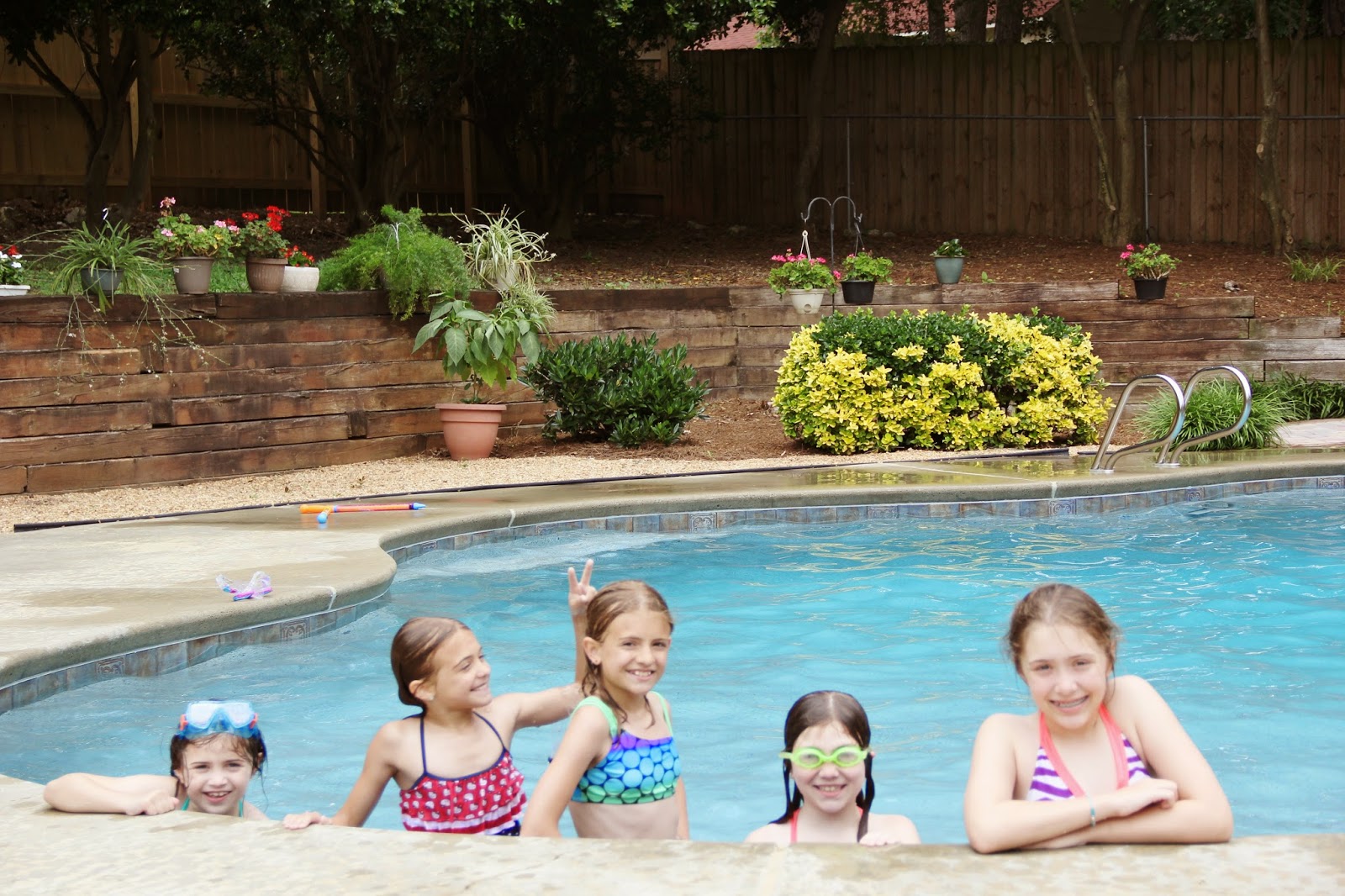 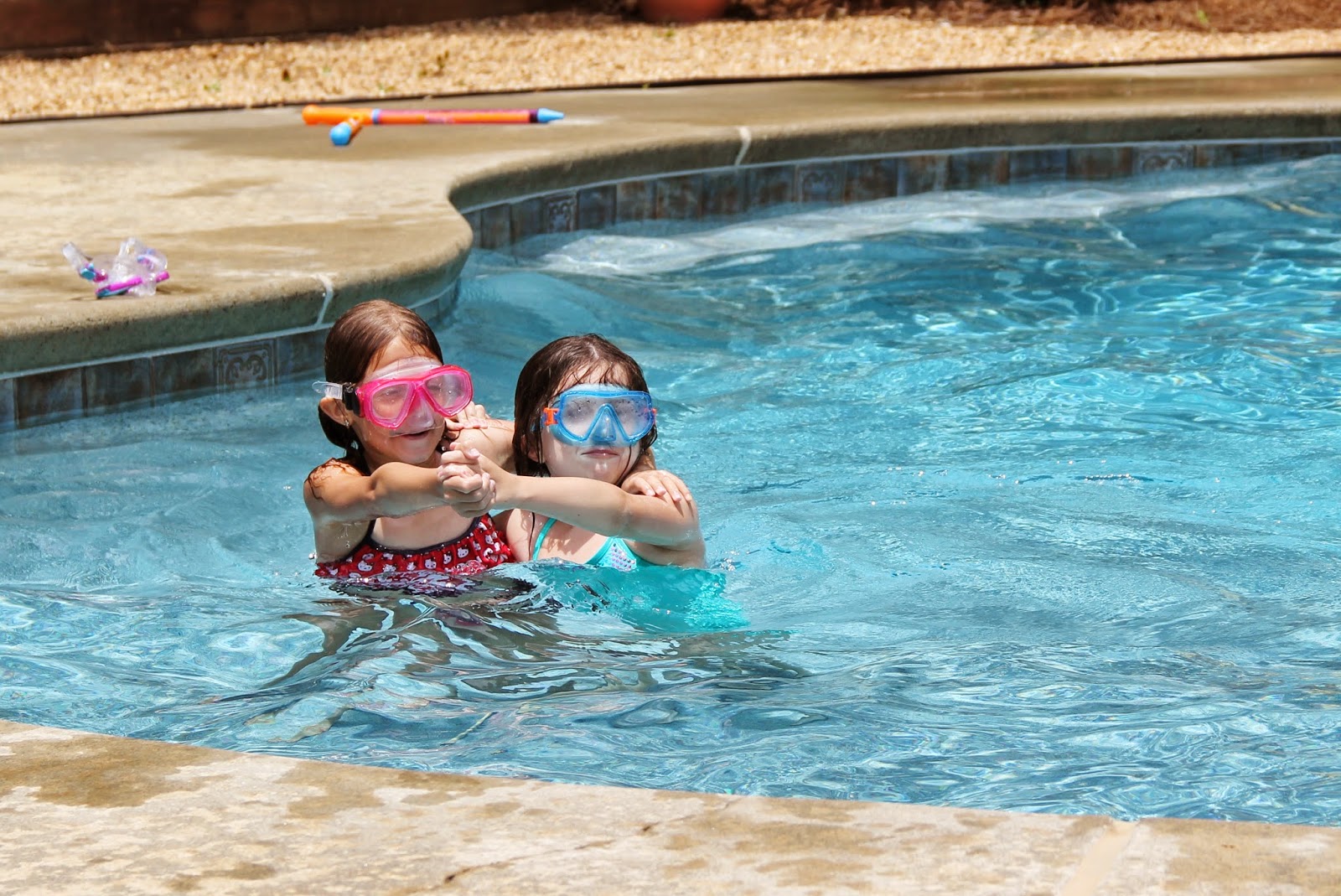 The girls put on a routine for us. This was the dancing portion of the routine. 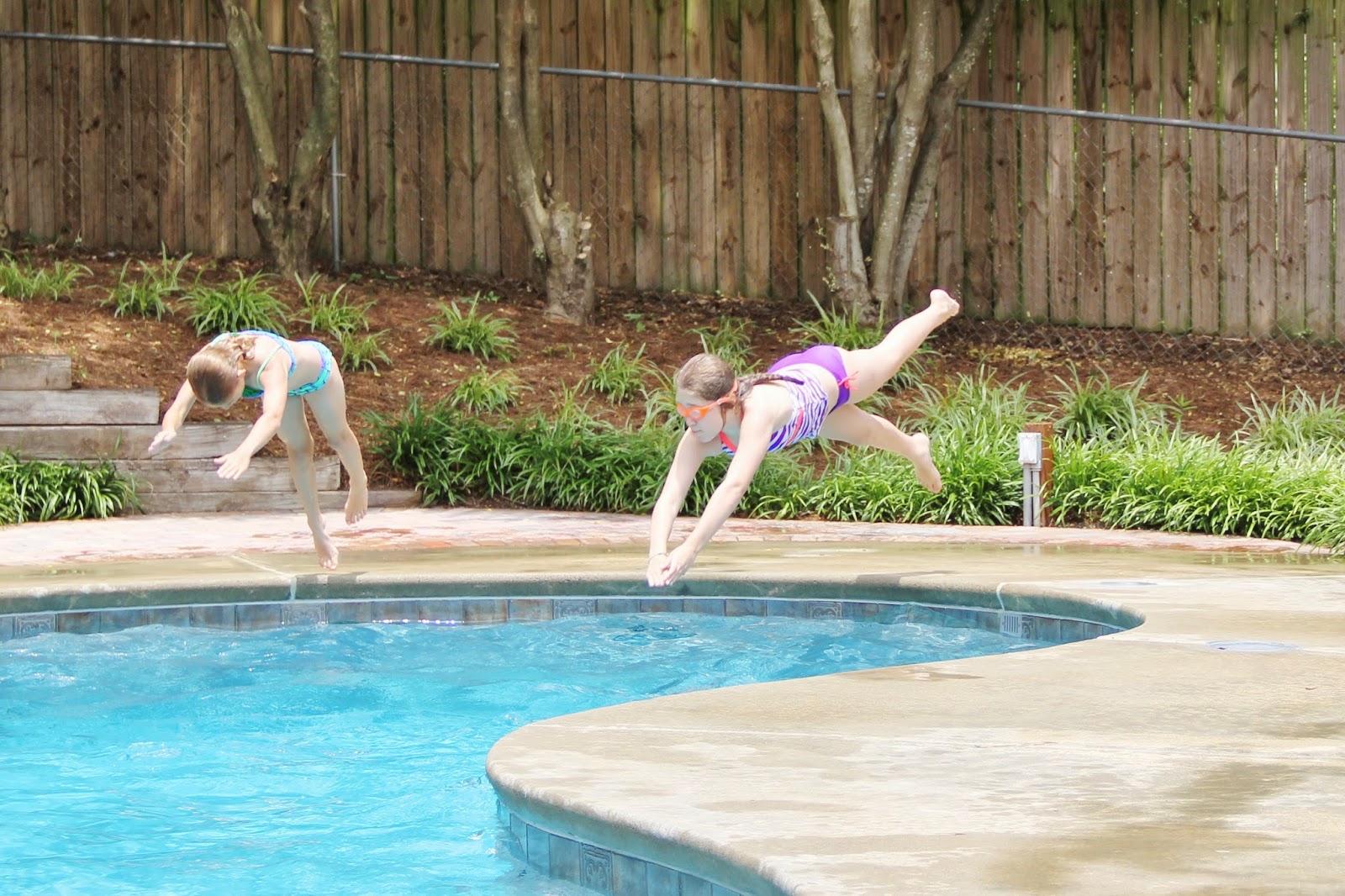 Diving portion of the routine. 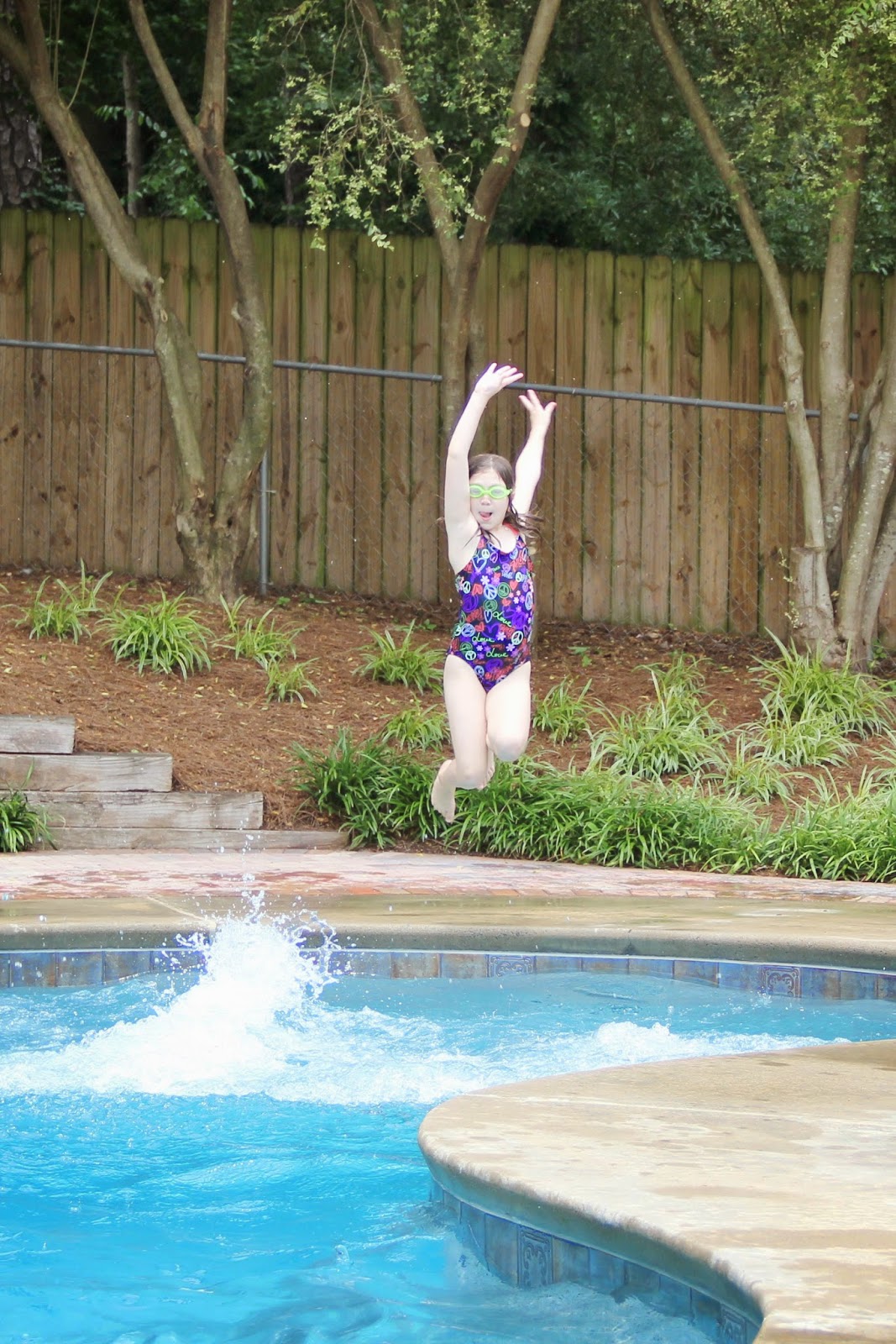 Followed by some fancy jumping.

Notice that Bryce is missing from the pictures. Bryce missed Pool Friday (well at least while our friends were there) because he was at a CF Gold Tournament sponsored by Georgia Tech (Go DAWGS!). Bryce was the CF representative at the event and the boys had a really great time. 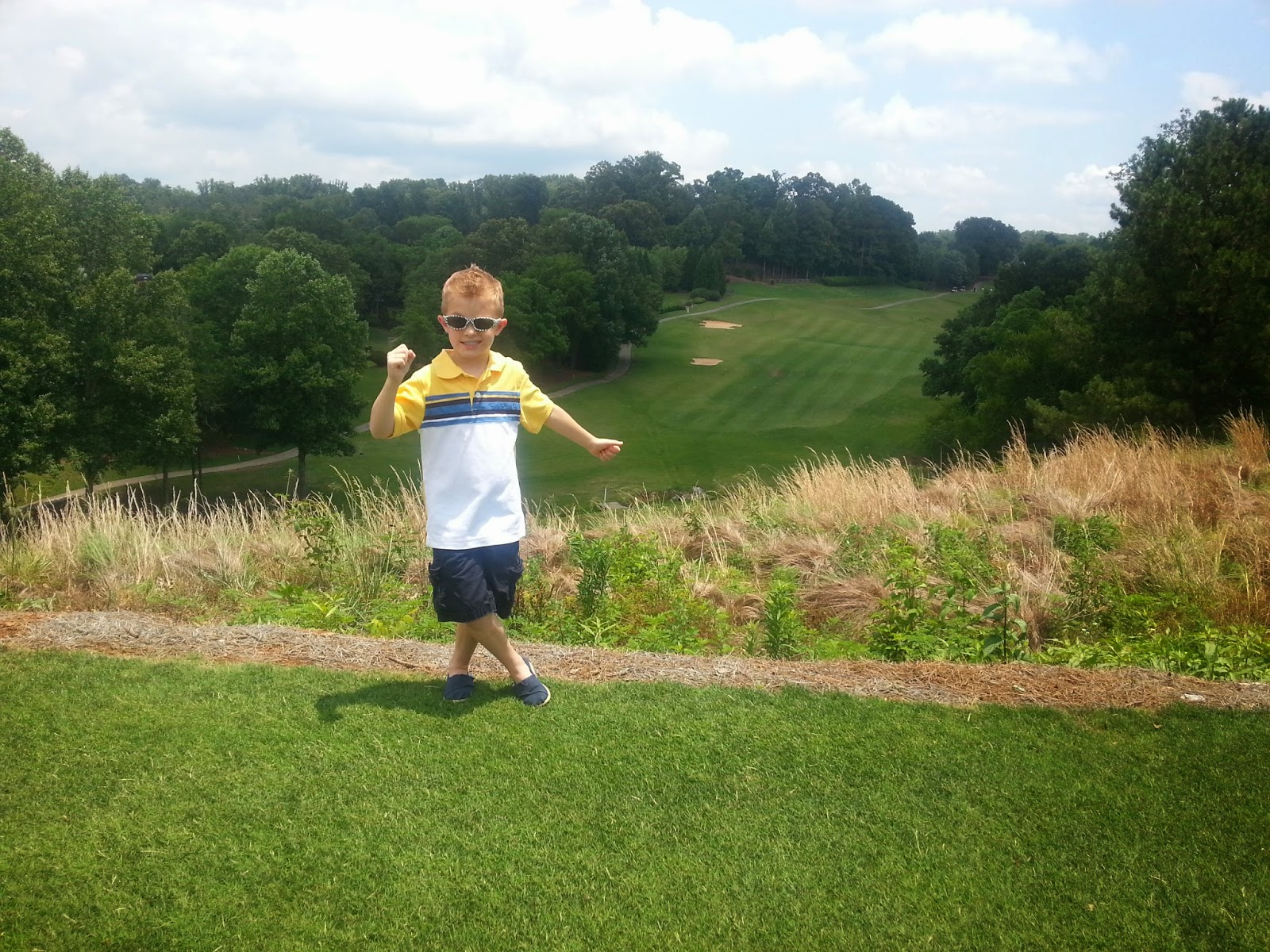 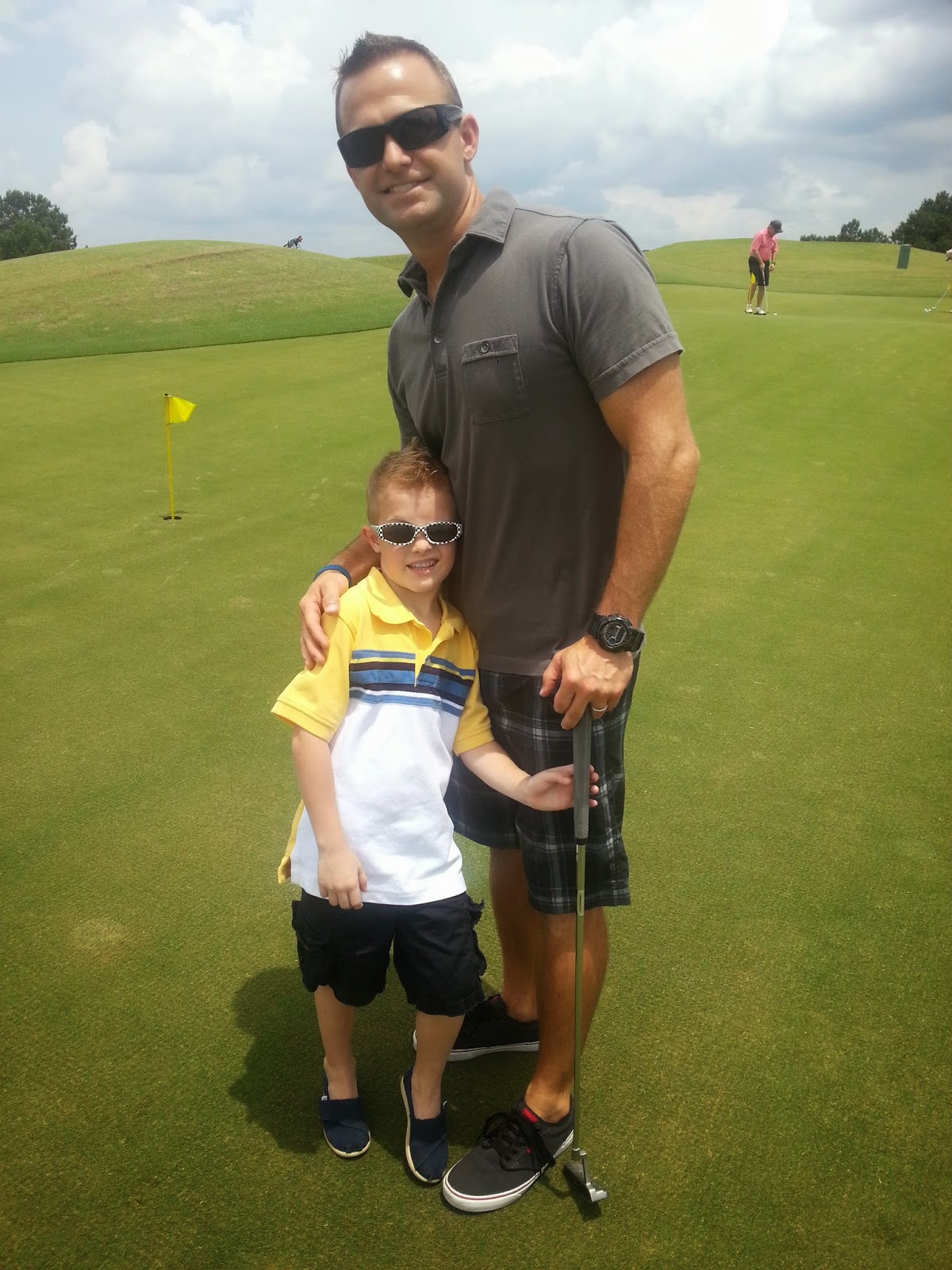 That night the kids spent-the-night with my mom so Bryan and I went to dinner and a movie. We saw Maleficent. I loved it!

I'm going to back track a little here. Earlier on Friday Bryan texted me that his good friend Travis (some may remember his going by Lee) was being sent home with hospice care. This was sad news to receive. We were hoping to stop by and visit Travis before heading out on our date night Friday, but it ended up not working out.

The next morning, on Saturday June 7th our friend passed away at 7:00 am. Bryan received a text from his friend Matt to call him. He pretty much knew before he made the call what he was going to hear when he made the call. It was heartbreaking to hear. The Roberts have been on one heck of a ride that past year since his diagnosis (Stage 4 bile duct caner). He definitely made a lasting impression on so many people with his inspirational story. If you haven't read his journey of the past year you must click HERE and read the blog from the beginning. I promise you will not regret it. I ask now that you pray for peace for his wife and 3 young children. Continue praying for them over the coming weeks.
My heart literally aches for Carrie.

I have to admit...it was a good morning for the kids to not be home. Bryan and I sat alone, sat together, cried together and looked through some pictures remembering our friend. I texted my brother with the news shortly after we learned and he ended up coming up to the house to hang with us as well. We decided to get out of the house, go shooting and grab lunch.

And with that I'll wrap things up. I know I'm ending abruptly, but I'm exhausted. Stayed tuned for summer week 2 sometime next weekend!
Posted by Jen at 10:03 PM
Email ThisBlogThis!Share to TwitterShare to FacebookShare to Pinterest