Yes...I do realize that Memorial Day was almost a week ago, but when you live the life of a rock star (a mom) sometimes you just don't have time to go uploading pictures and sifting through them. Since Bryan is at another volleyball tournament today I'm taking the opportunity to play hookie from church (actually watching and listening via Internet as I type) and catch up on the past week of pictures.

I'll start with Memorial Day.
I love Memorial Day!
Every year family and friends gather at mom's house to kick off summer. This Memorial Day was no exception. We had a house and pool full of family and friends. This year was especially exciting because we got to break in the "new" pool. Mom had the pool converted to salt water over the winter, which included all new pump equipment (plumbing, drains, filters). She also had new tile put in and resurfaced the pool. Ripped out the decking, added in some beautiful pavers and did some major landscape overhauling (removing bushes, planting bushes, trimming, cutting...you name it). It looks amazing! The niftiest (is that a word?) part is that the entire pool is now controlled by a handheld device. She can control the entire set up from inside the house although it's all programed so the pool basically works on it's own. If it rains and the pool fills up too much it drains all on it's own. If the pool gets too low it fills up on it's own, which is a real treat because those 2 things alone used to be done manually on a regular basis.

I think we did a pretty good job of breaking the pool in.
Everyone had a blast! 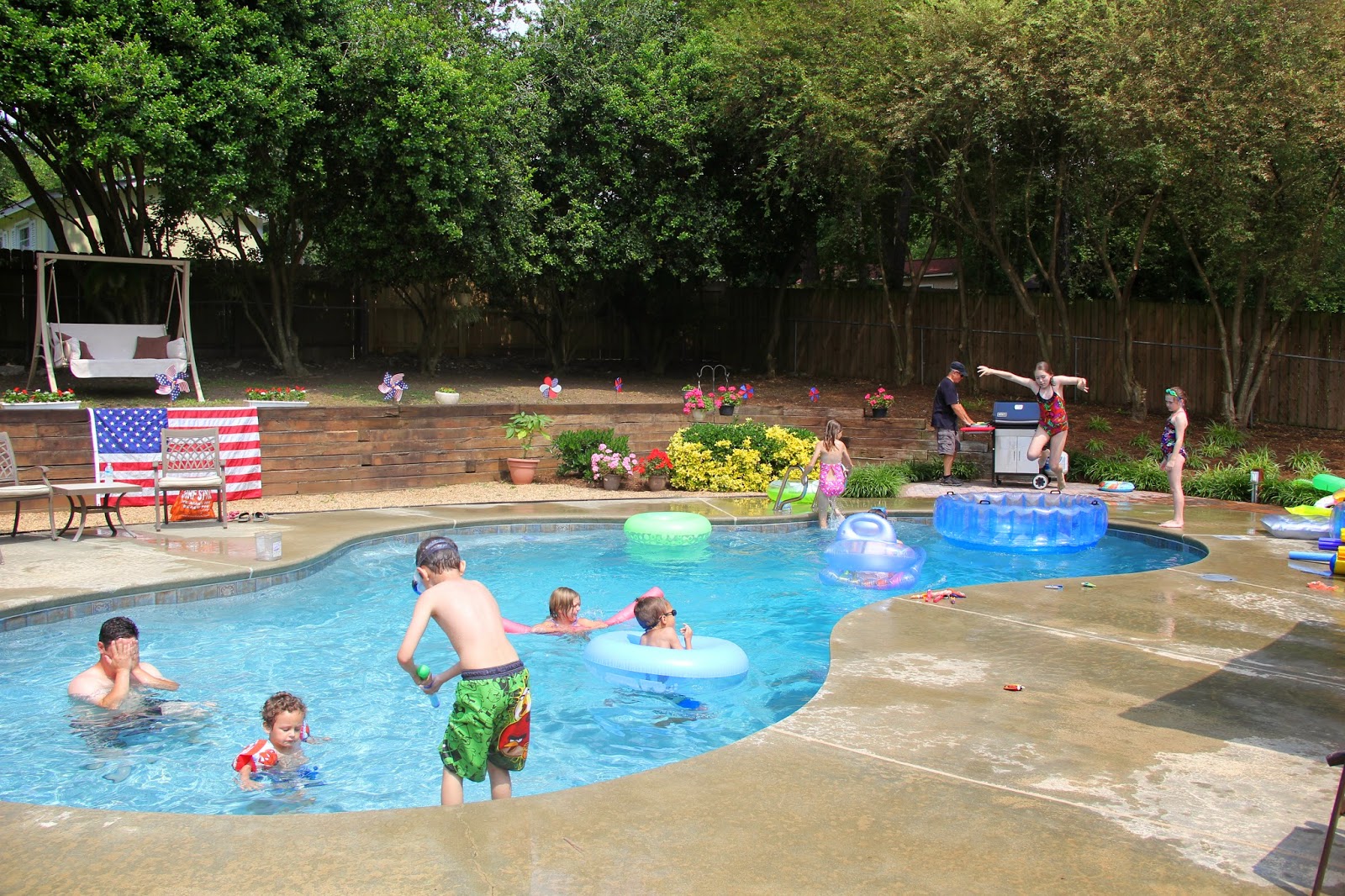 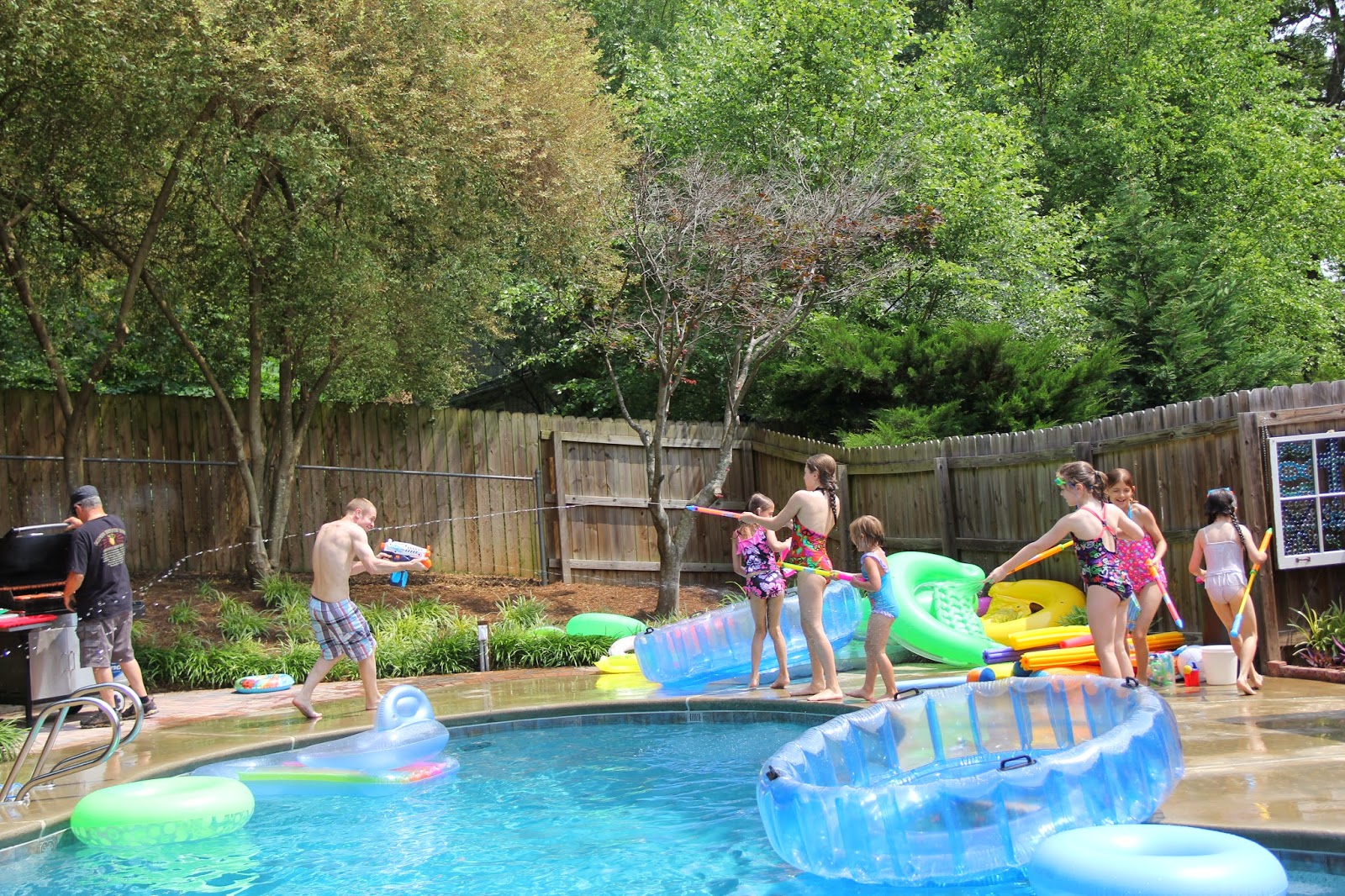 Uncle Jay and the kids had a major water gun battle. All the kids against him! 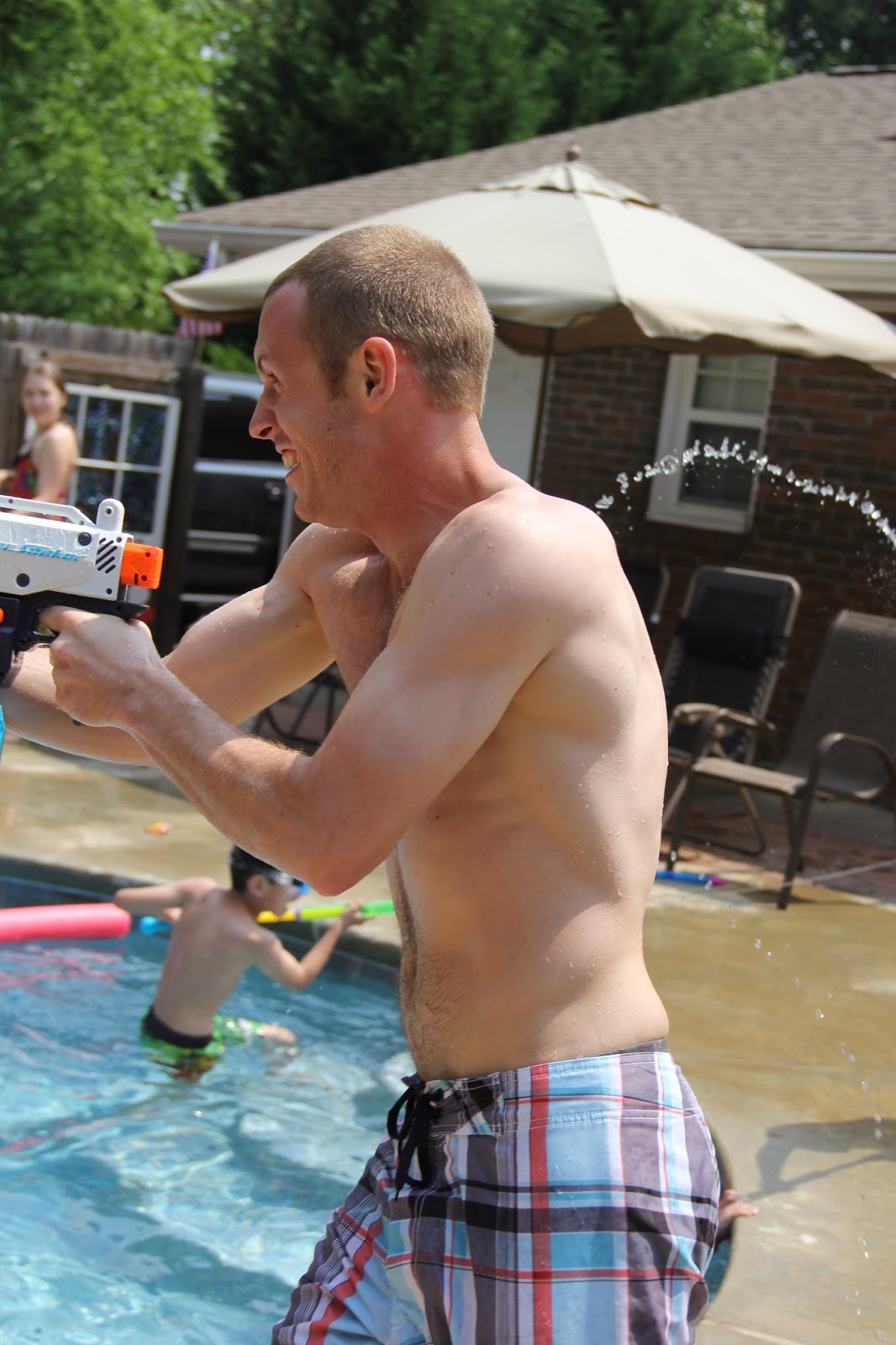 I think he was having more fun than the kids. 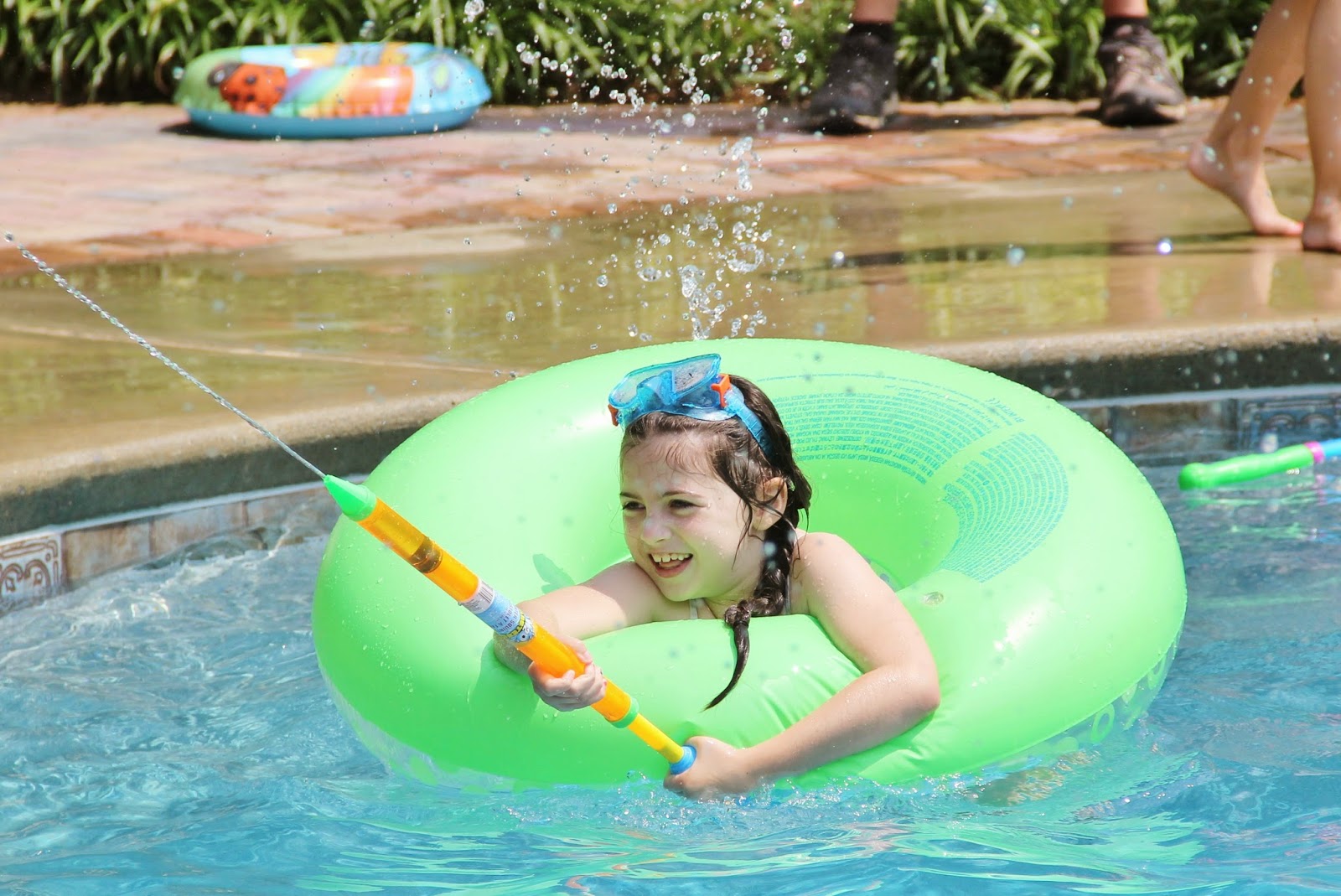 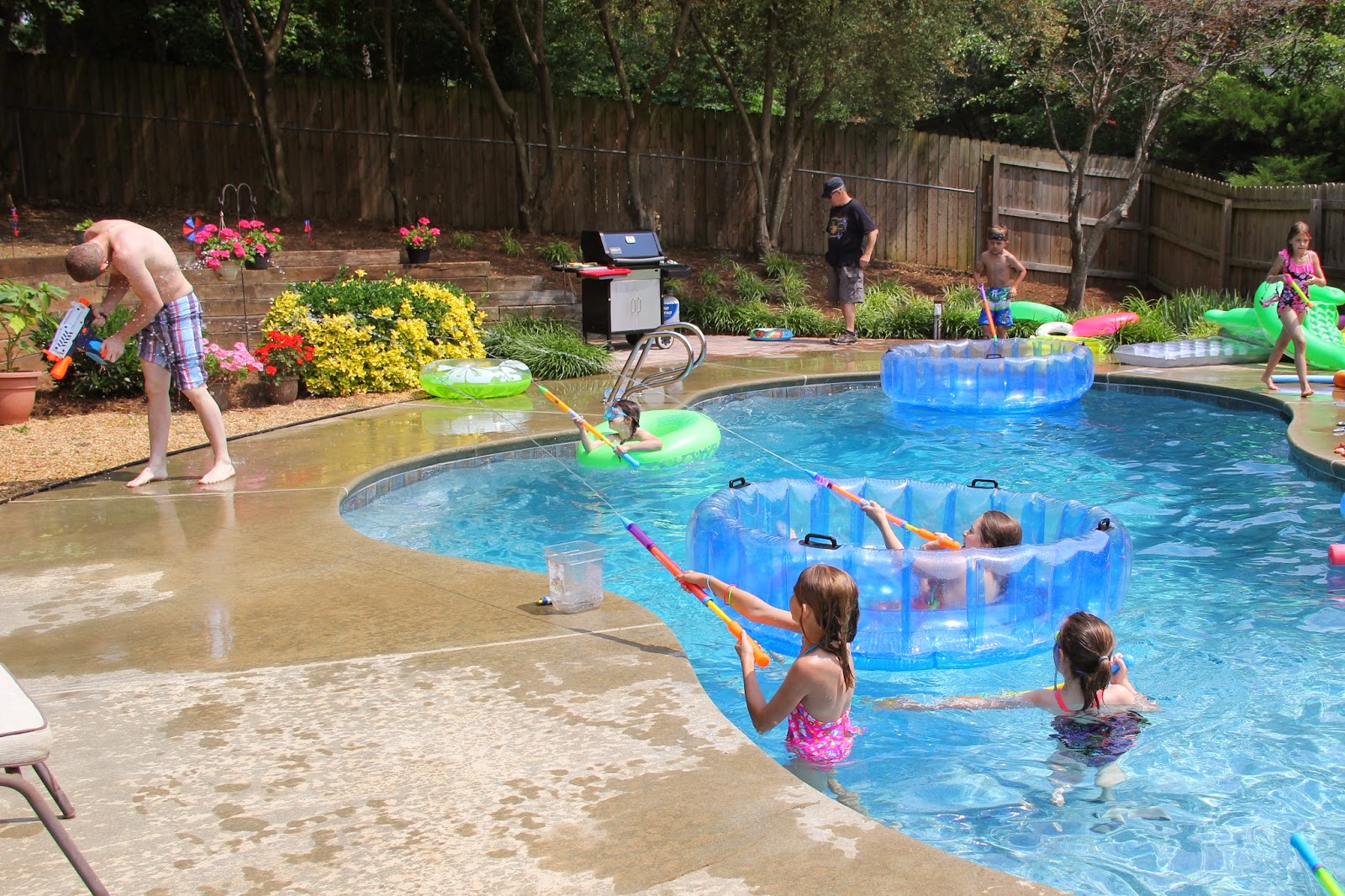 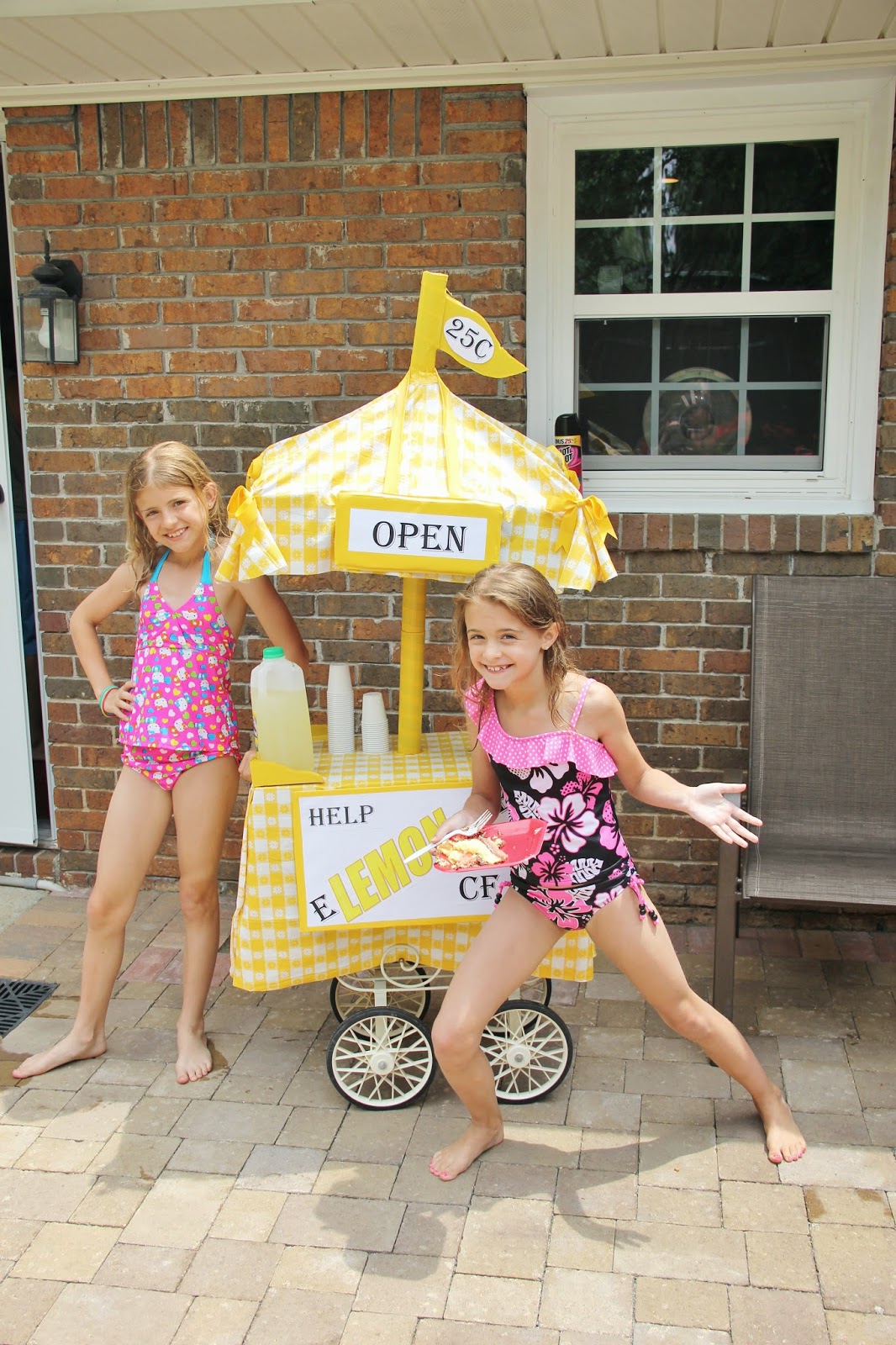 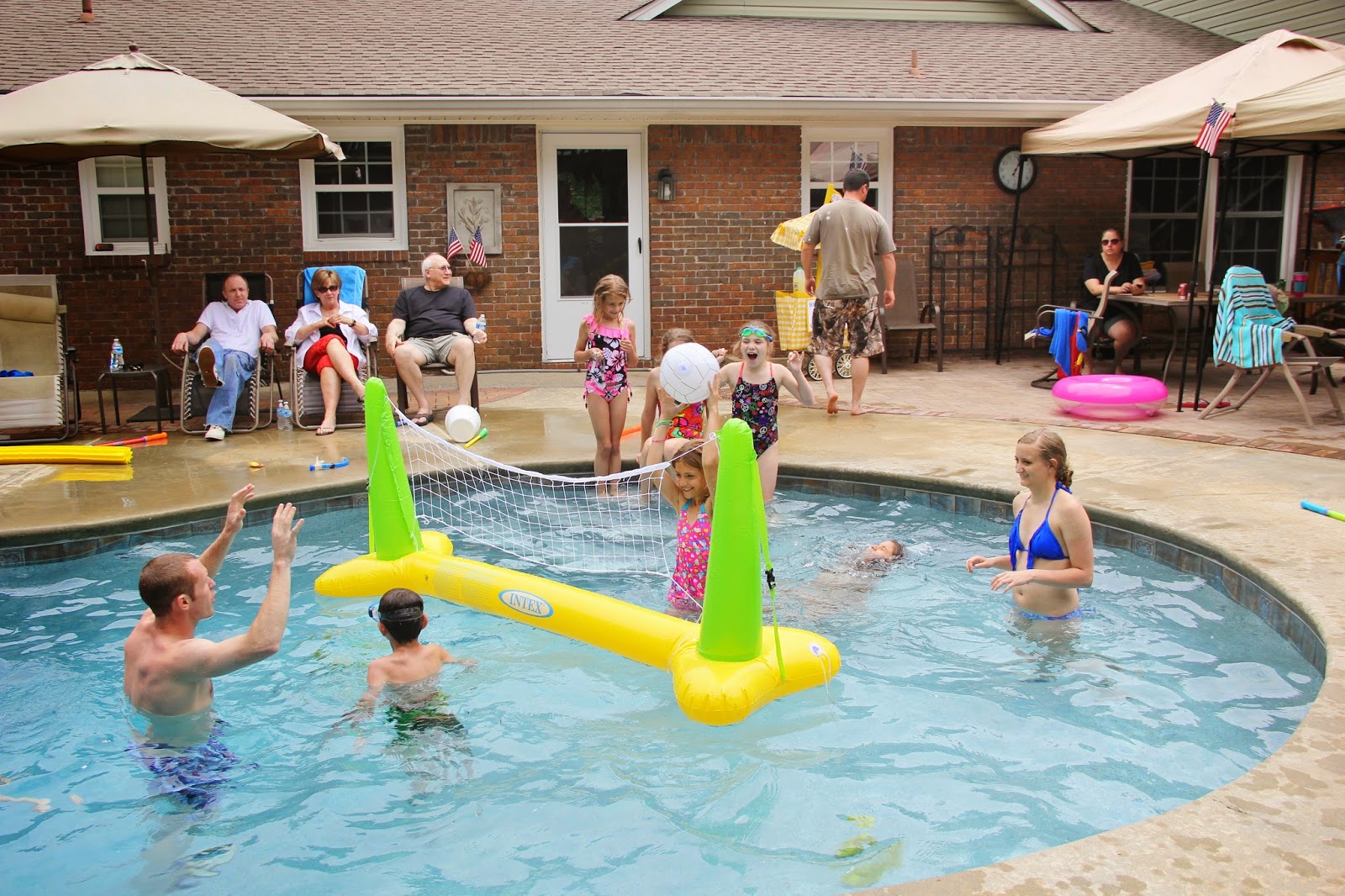 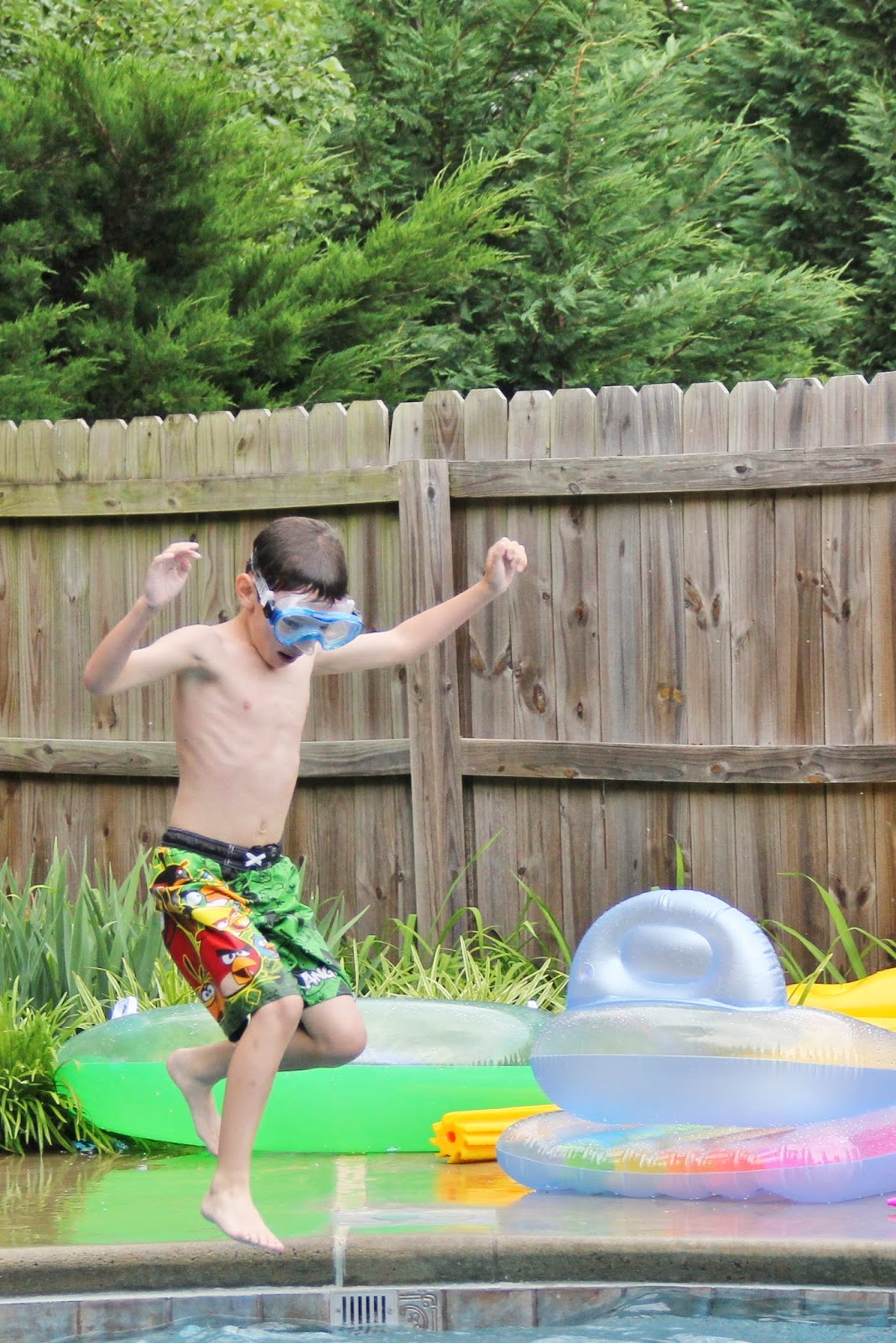 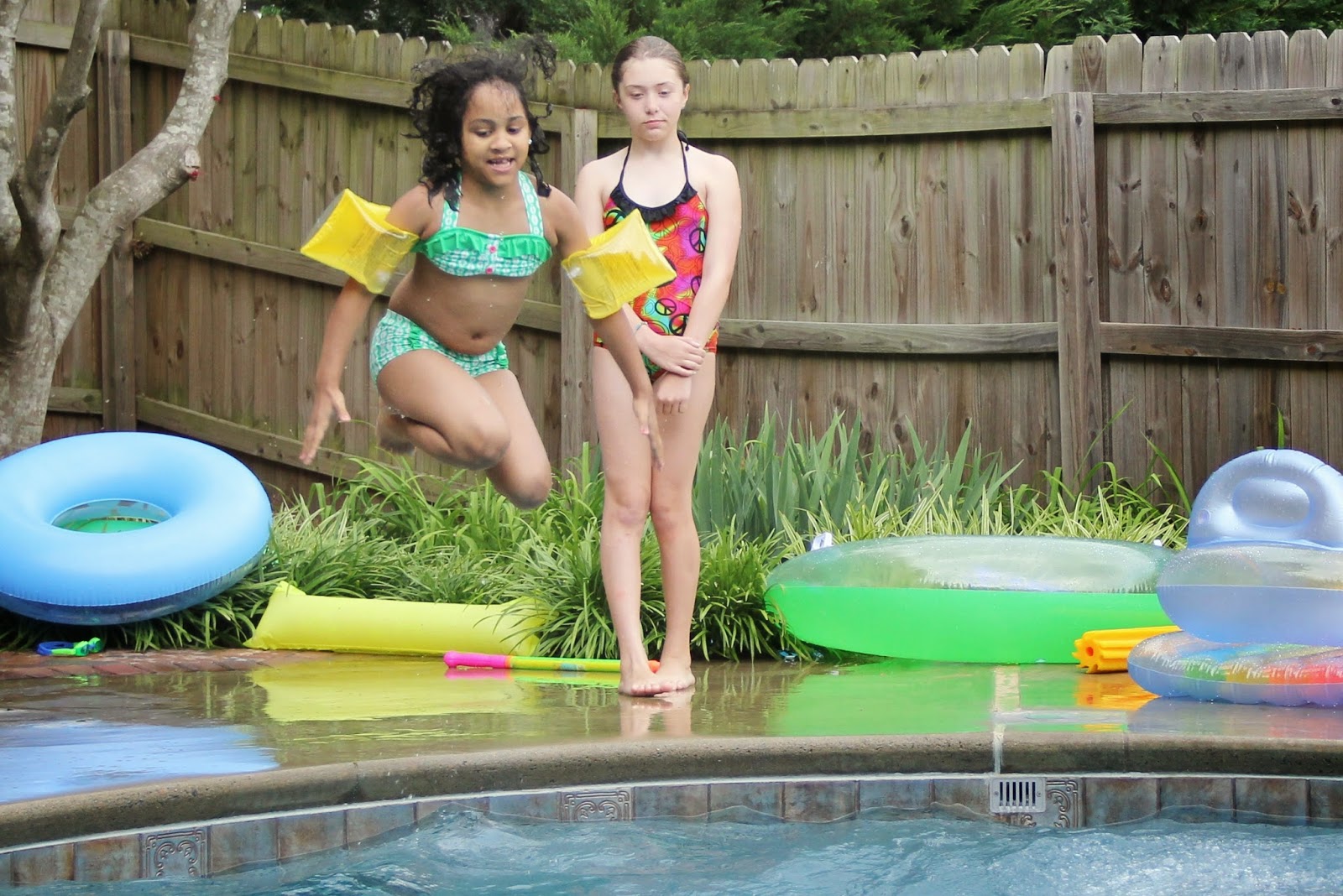 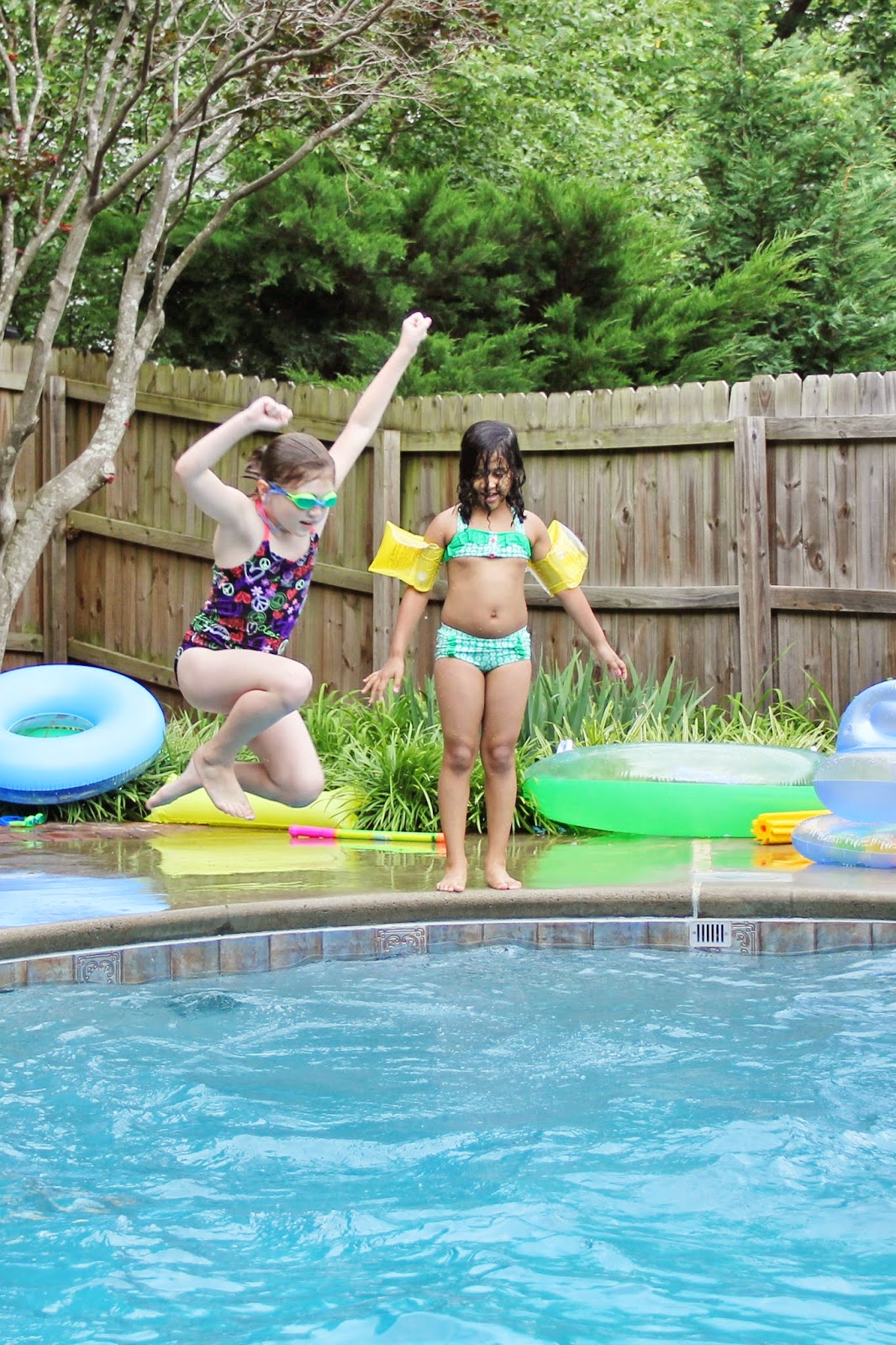 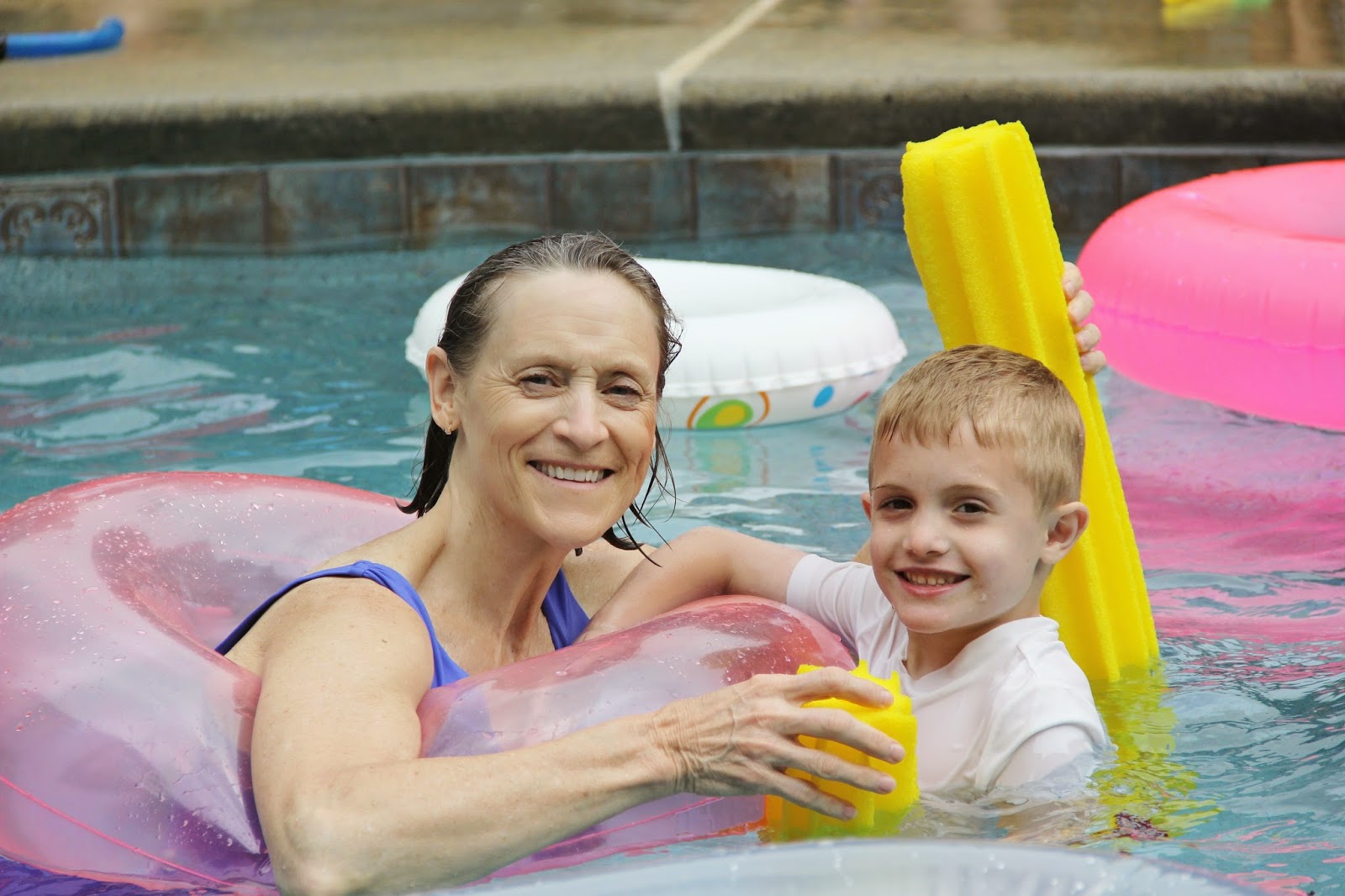 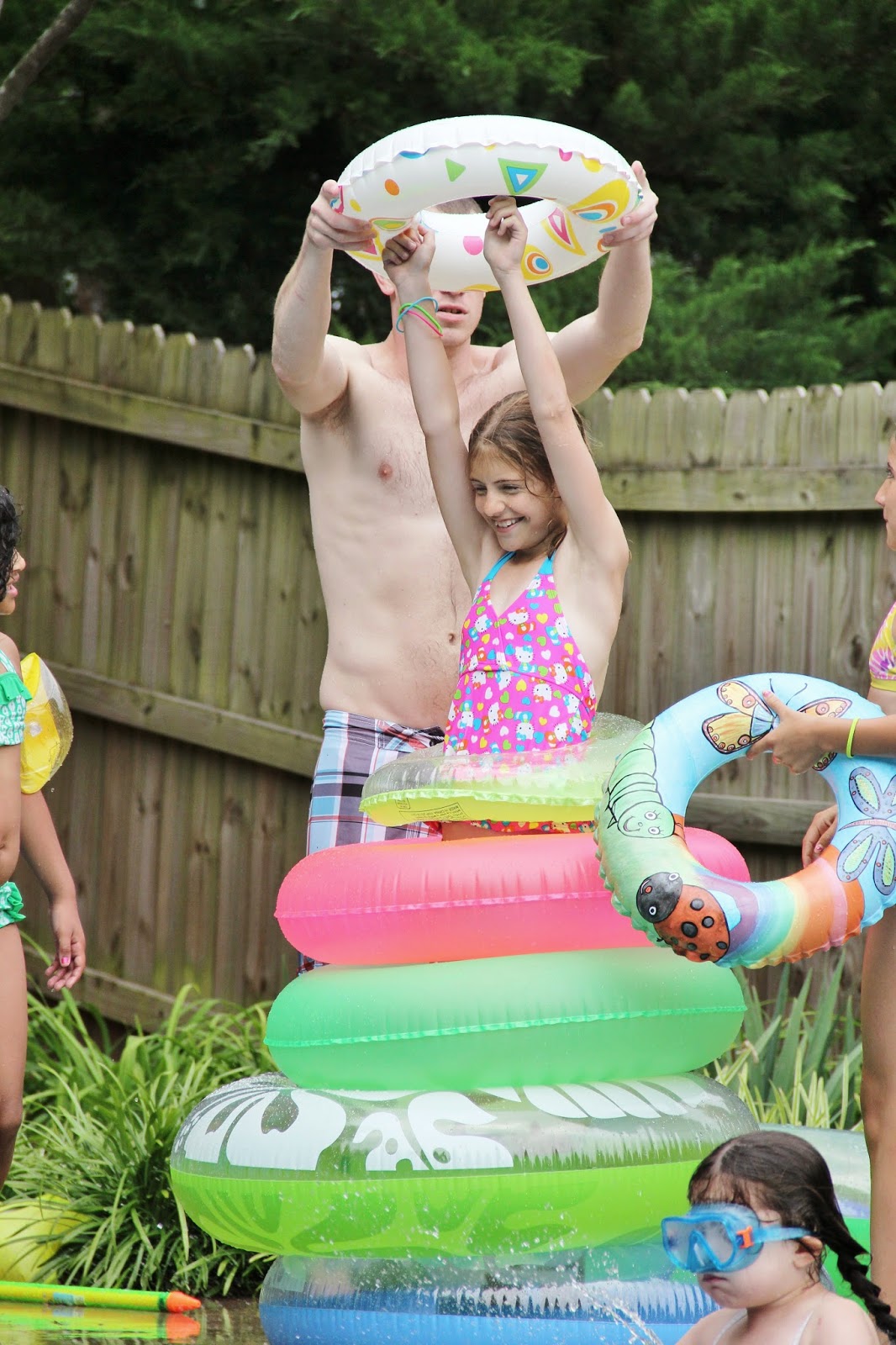 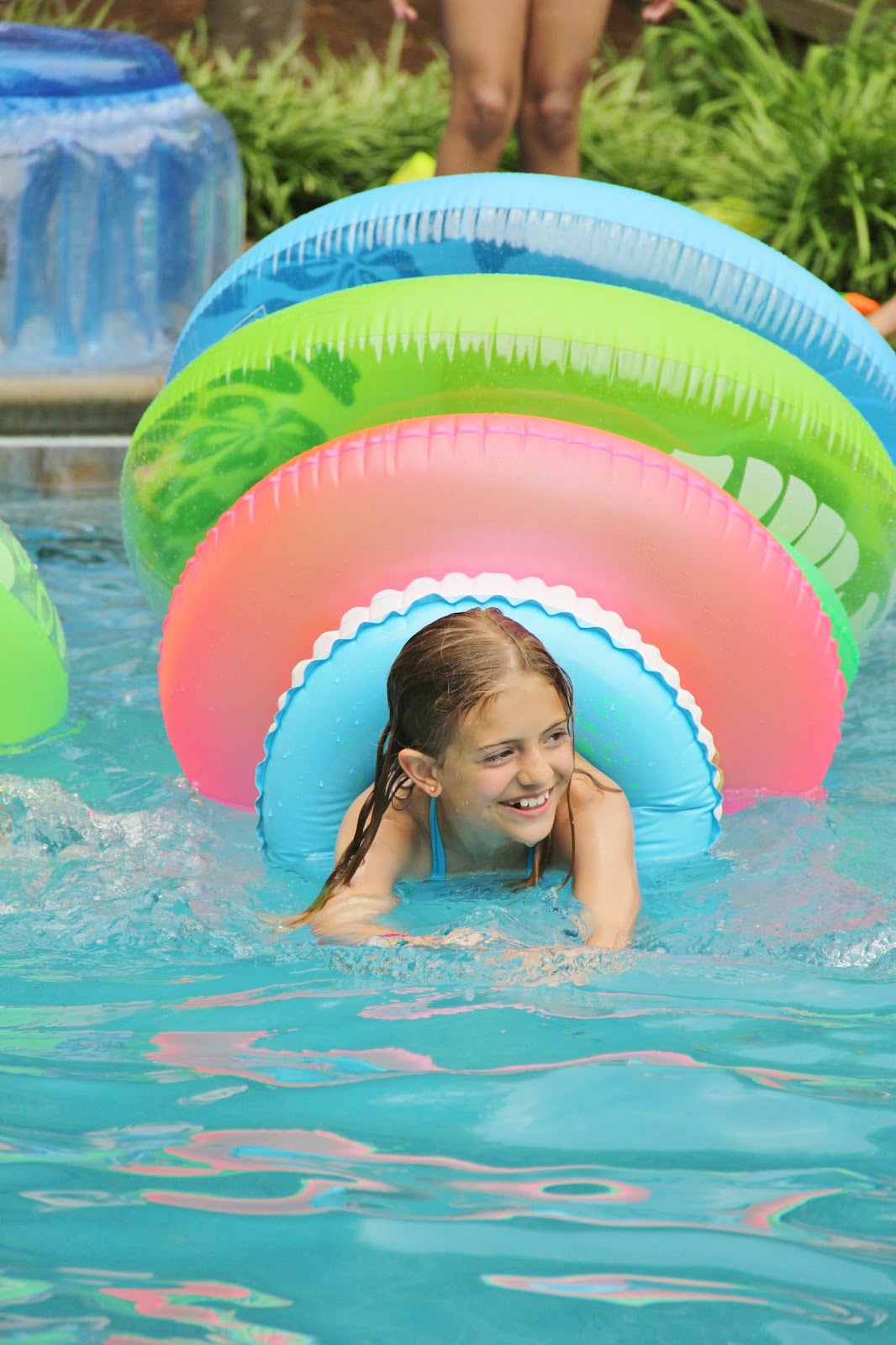 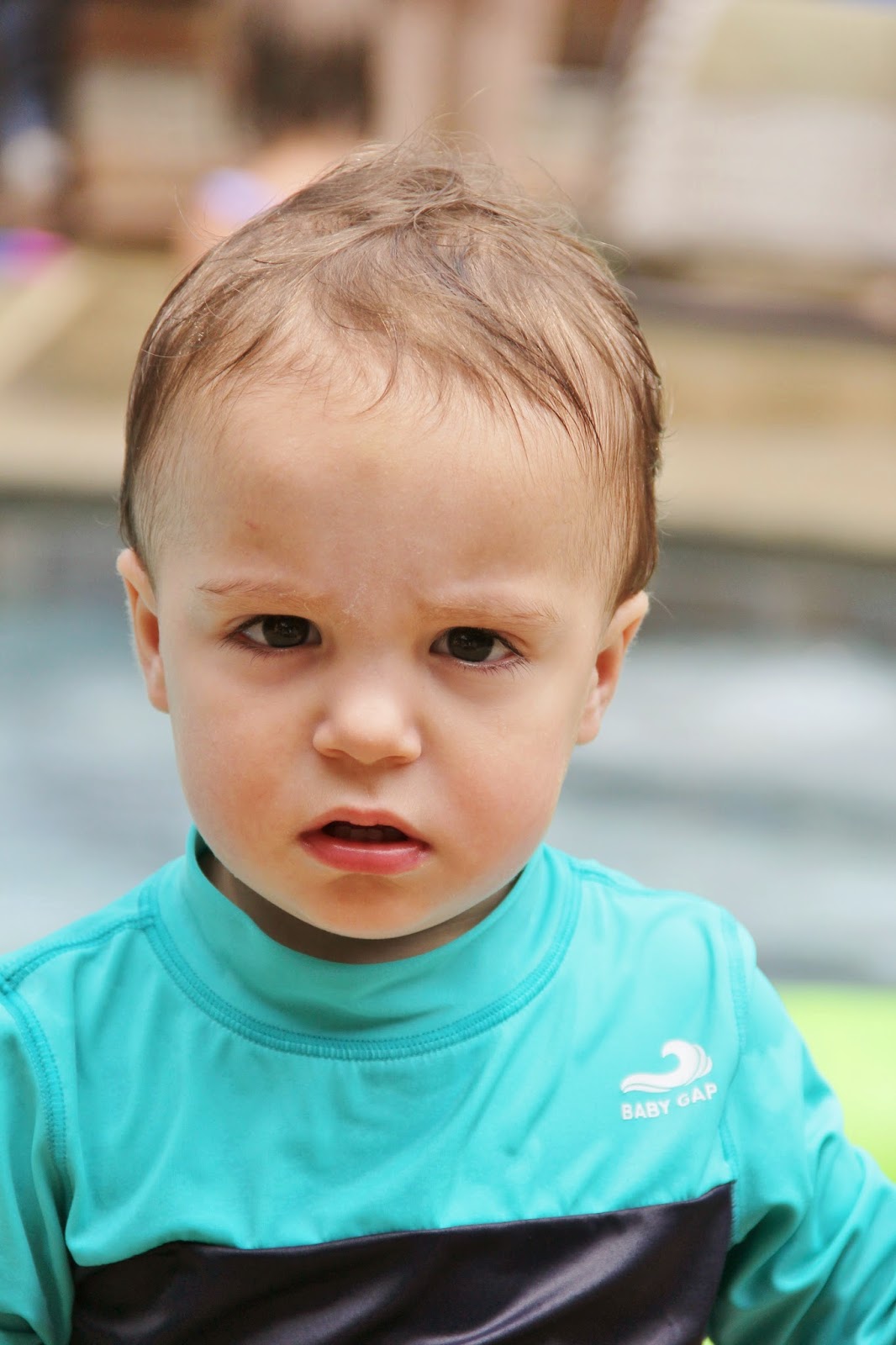 Parker is giving me the stink eye because I kept taking pictures of him. Add your own caption. ;) 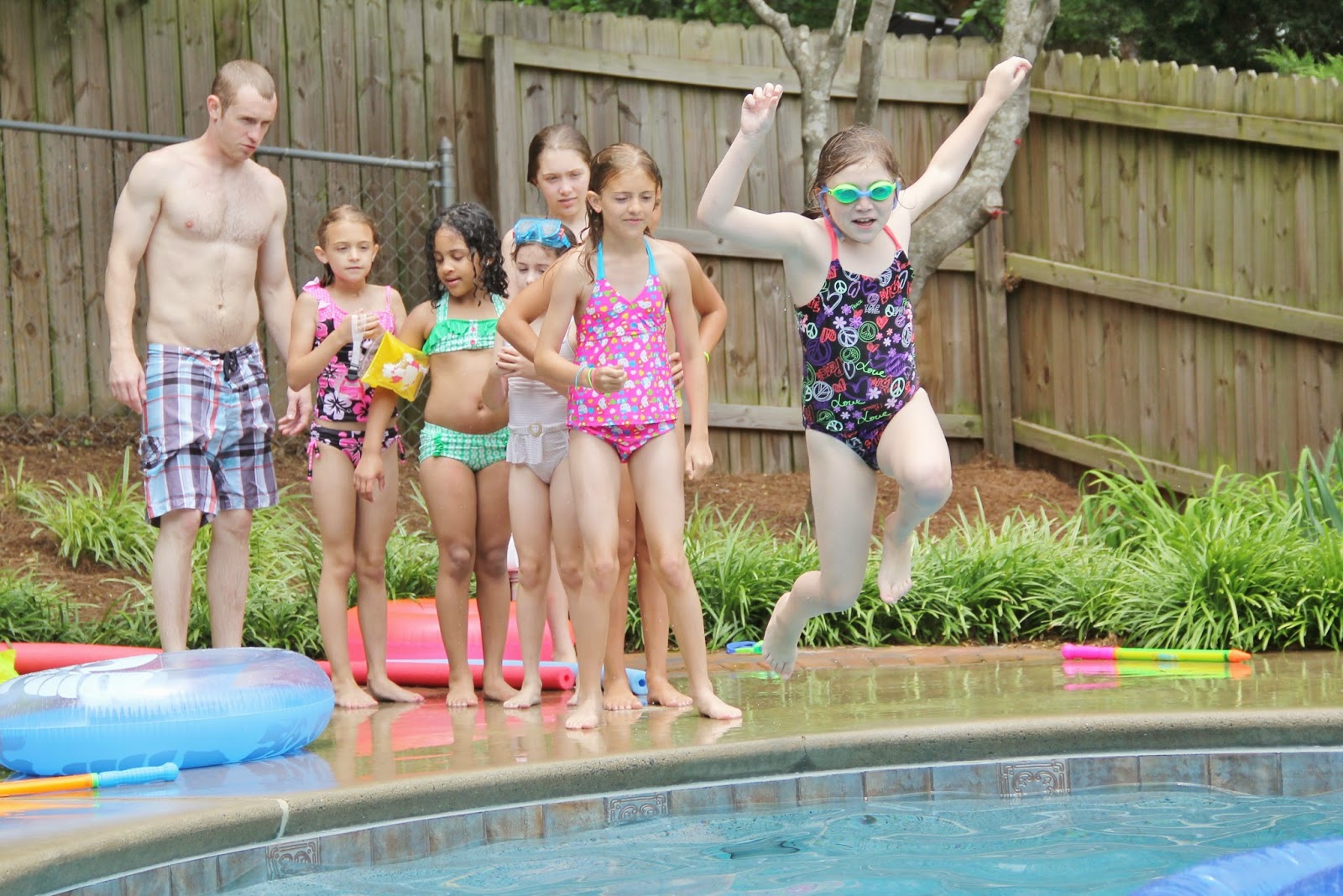 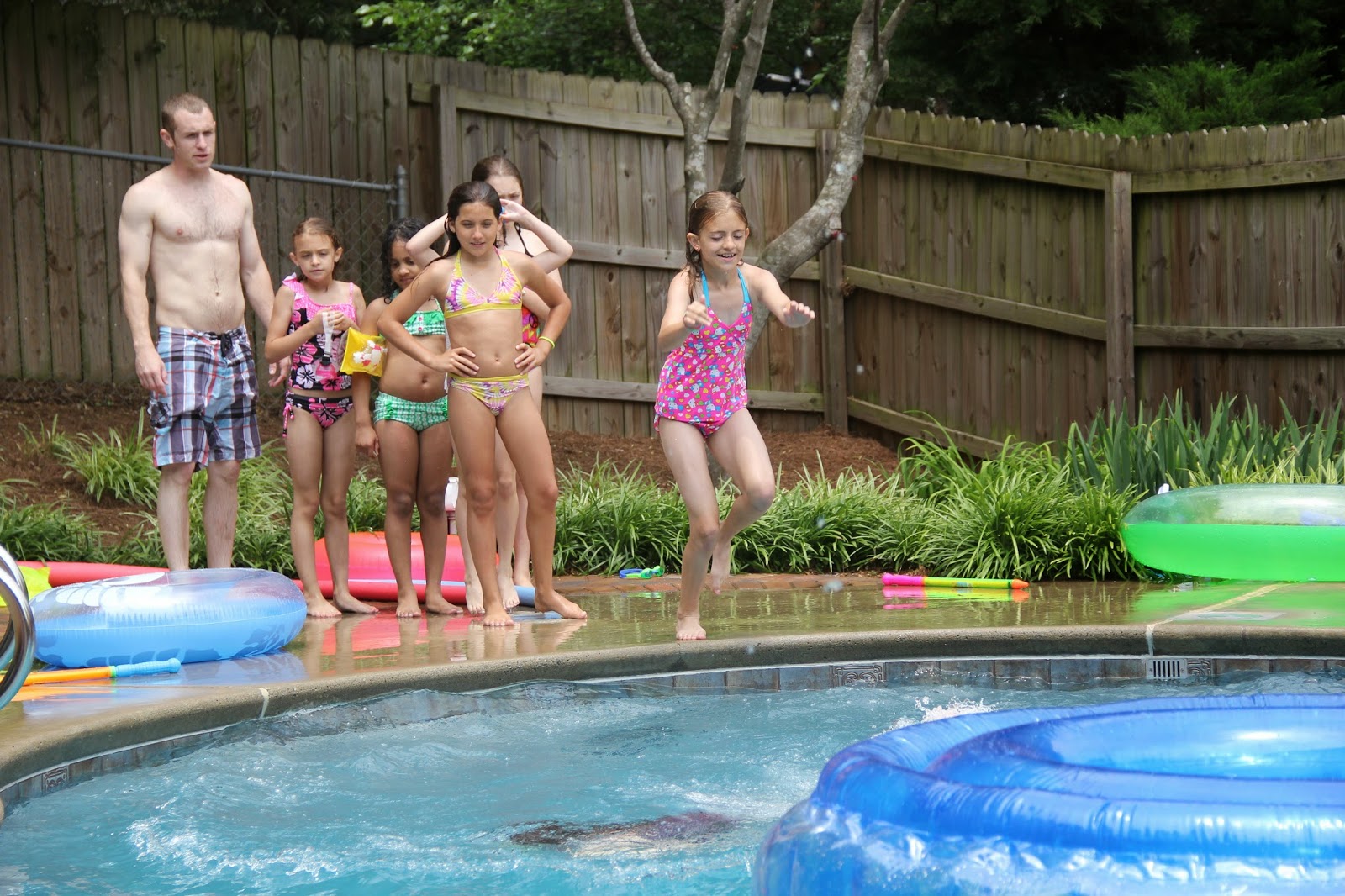 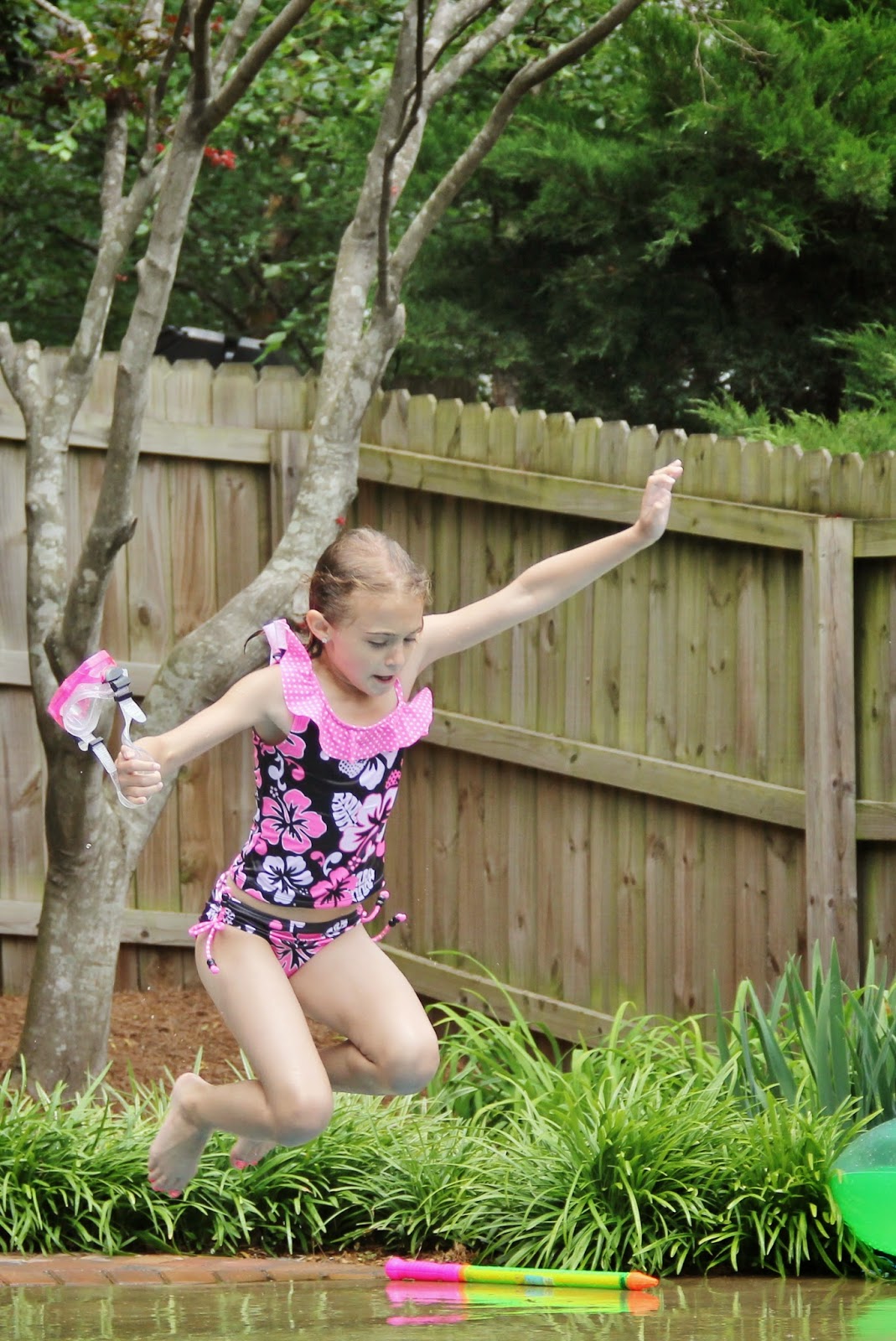 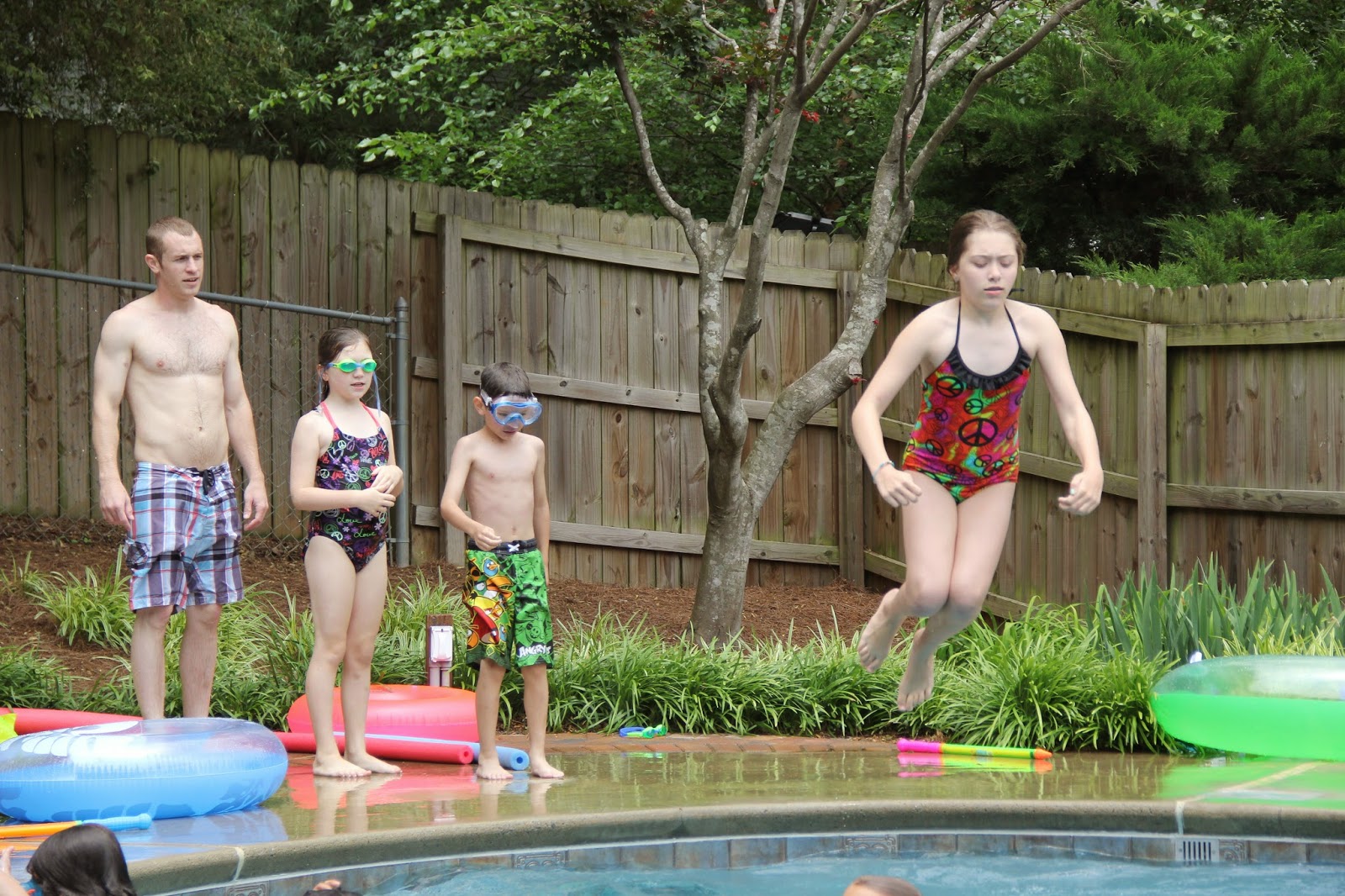 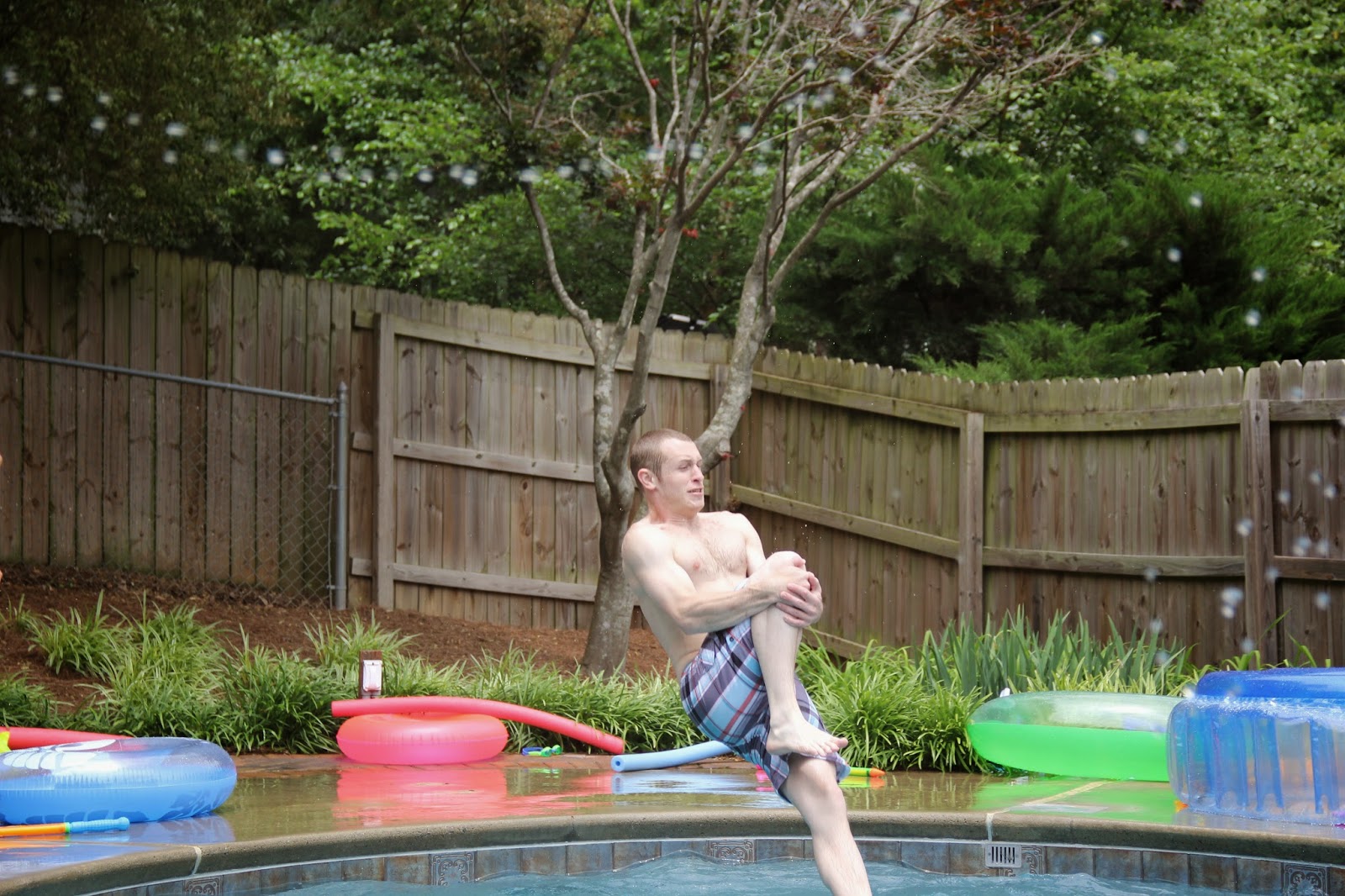 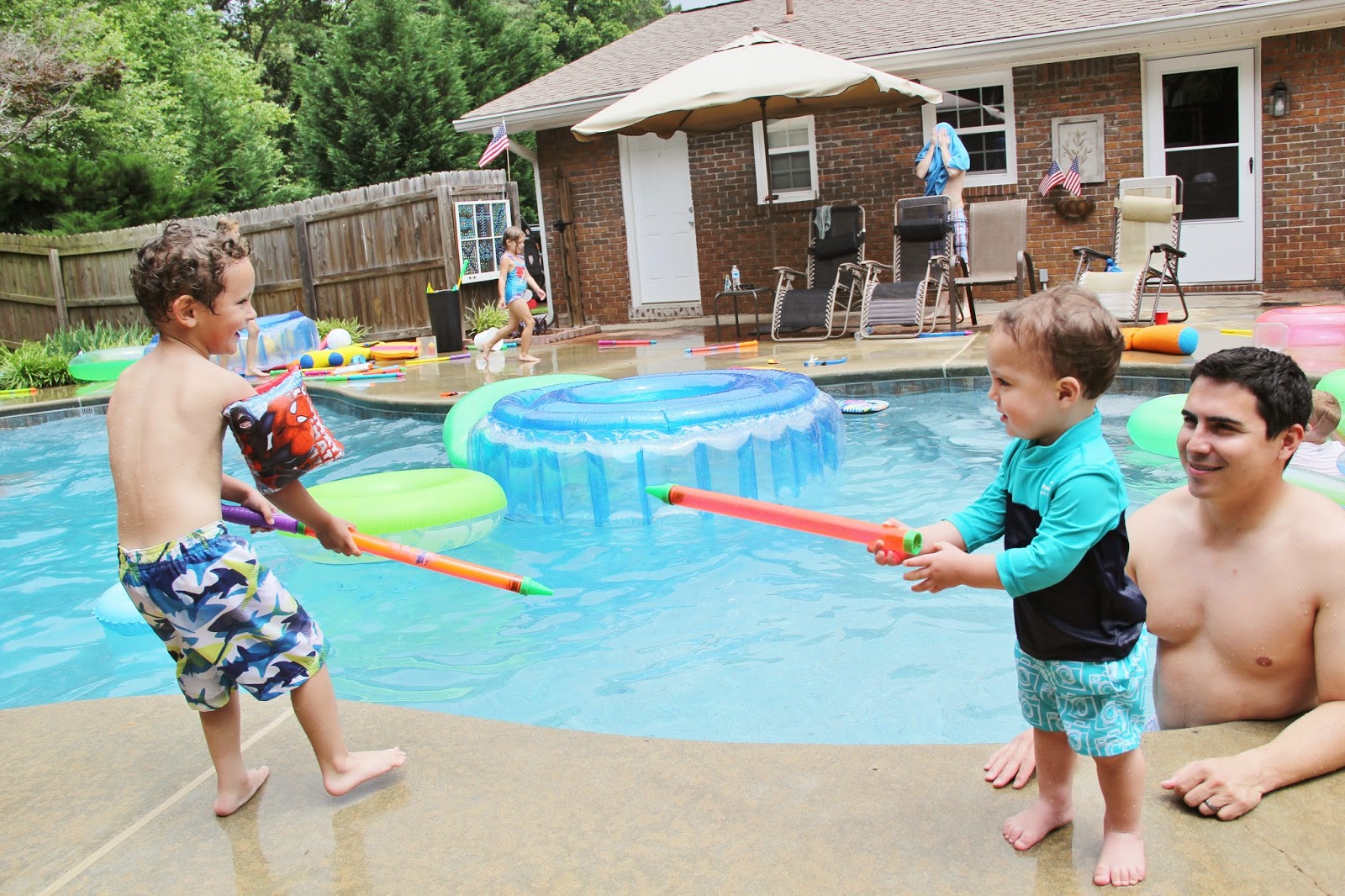 Parker was really confused as to why his water gun didn't work. Poor guy grabbed the broken one. 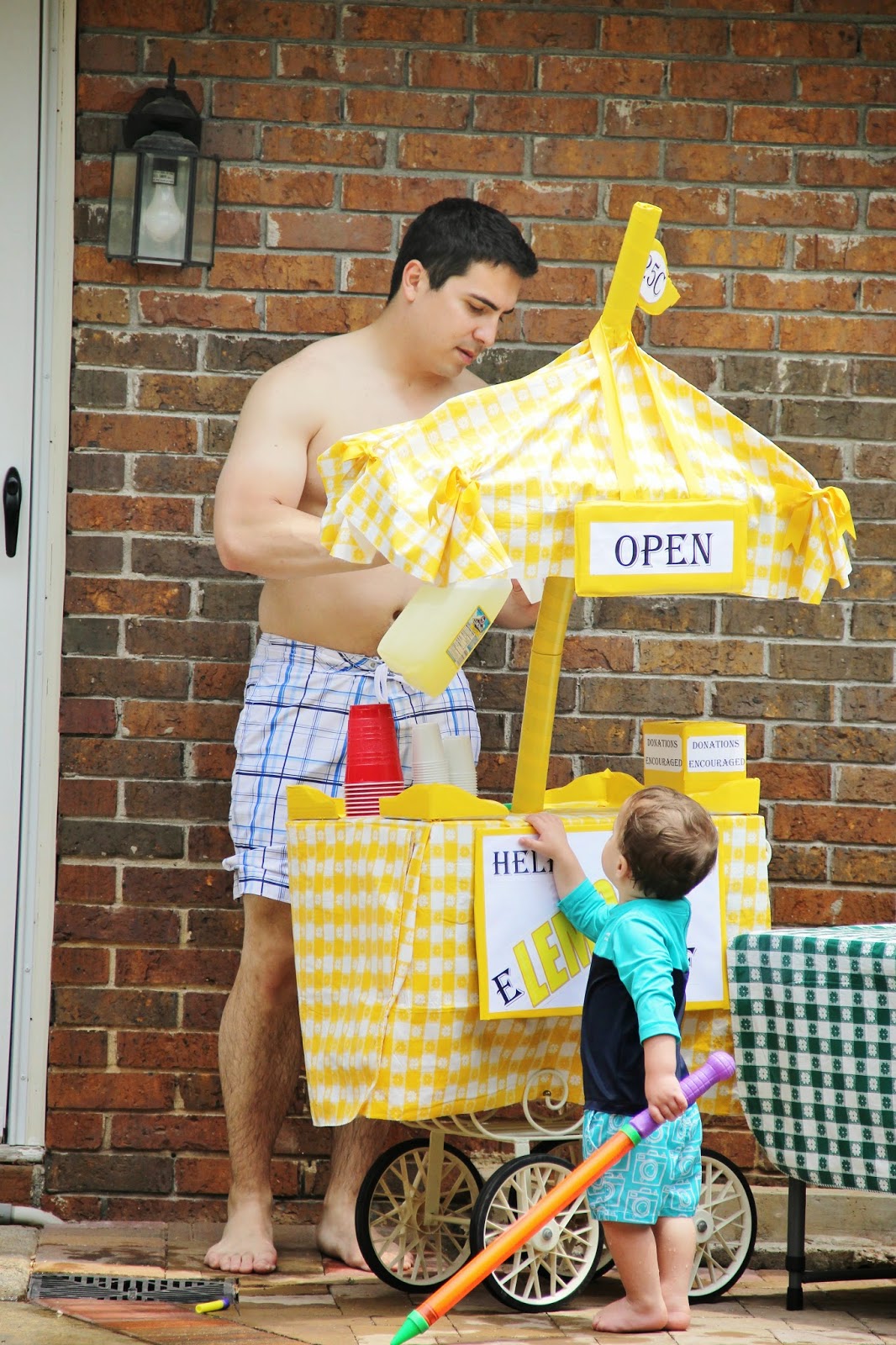 Parker had his first taste of lemonade.
He loved it.
There is no going back now Lindsay! 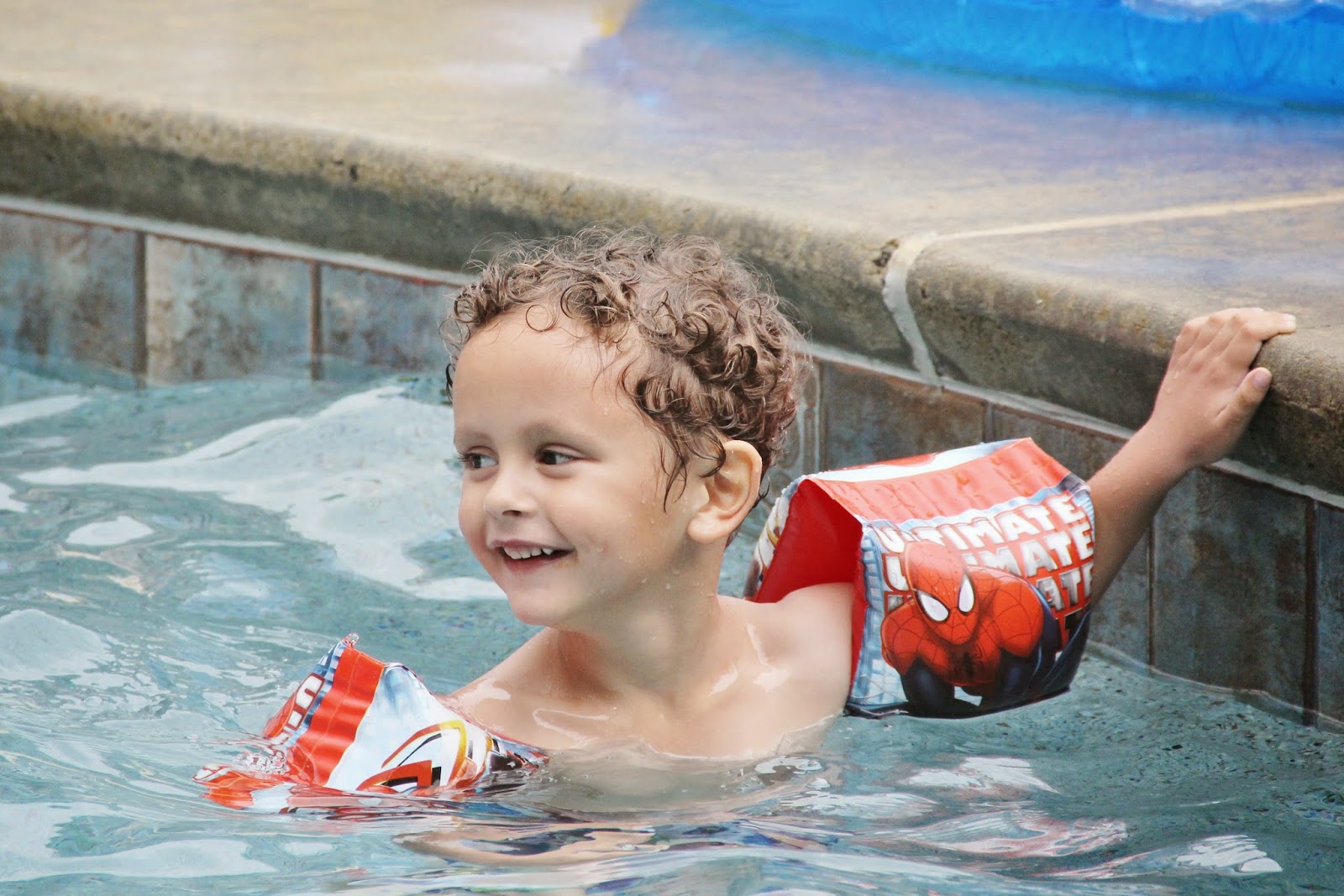 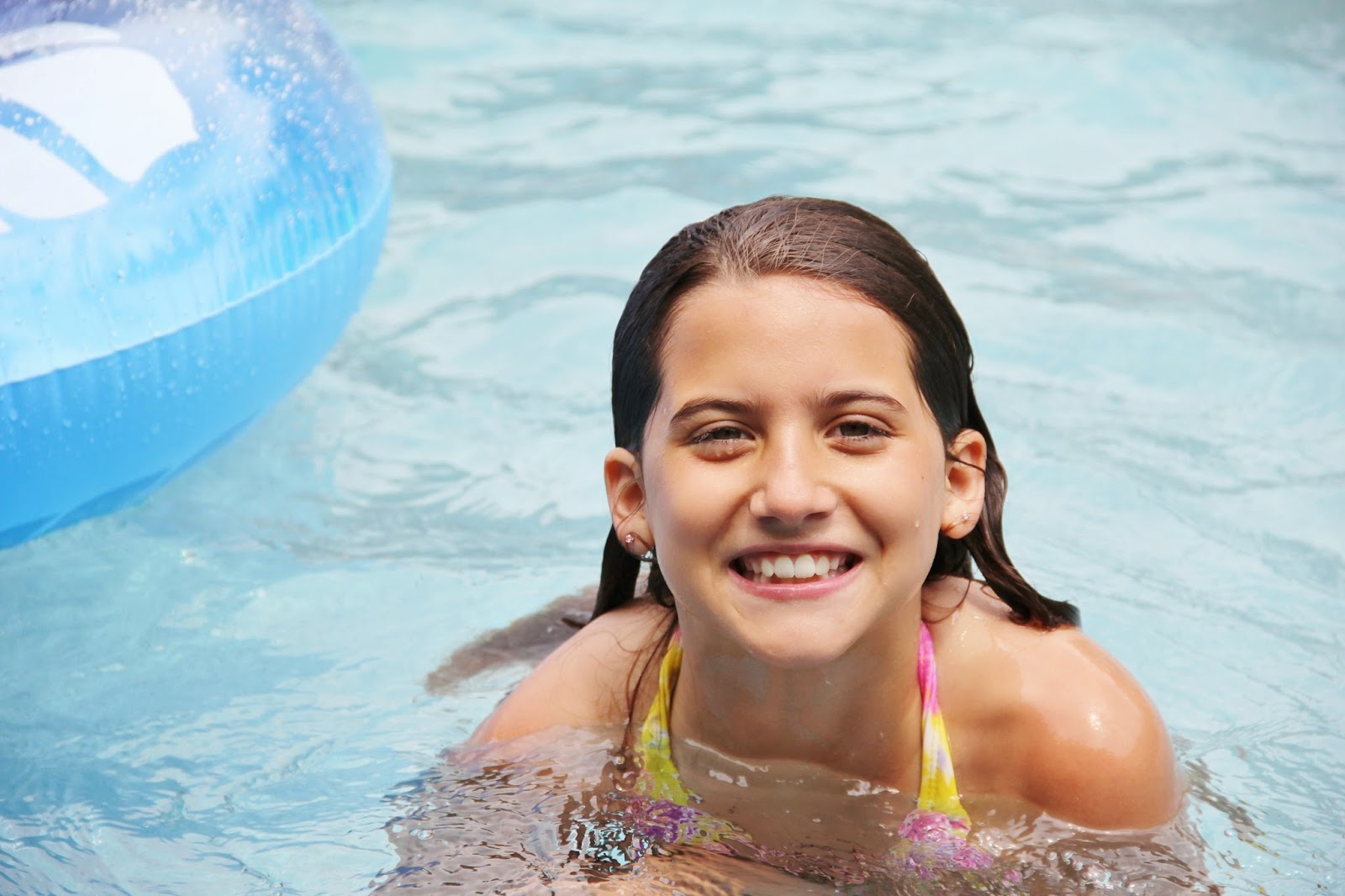 As you can see...we had ourselves a fabulous Memorial Day. So much fun hanging out with our favorite people. As usual our crew stayed and played past dinner time. We reluctantly packed up because the kids had school the next day. Boo!

Posted by Jen at 9:58 AM
Email ThisBlogThis!Share to TwitterShare to FacebookShare to Pinterest