The new year is off to a good start other than all the dumb cold weather we've been having. I understand it's winter, but seriously...I expect so much more from Georgia than single digit temps and sub zero windchill. No thanks. Since the kids missed so many days of school from the snow we had in early December and the days we missed due to ice and super cold temps they now have to make up some of those days over the winter break in February. Despite the weather slowing things down there has been plenty going on around here with the Jones crew. 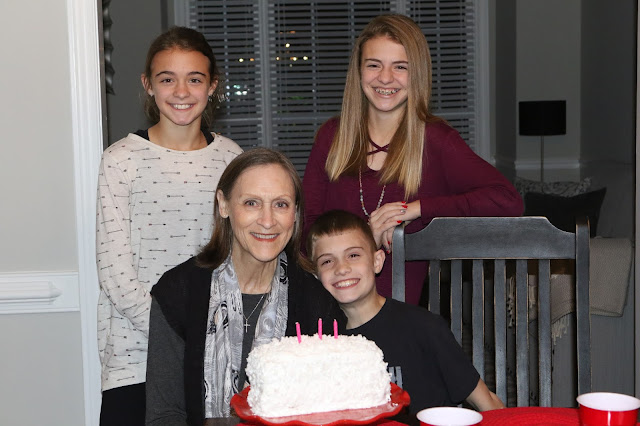 Celebrating with friends after the most amazing Rose Bowl game ever! 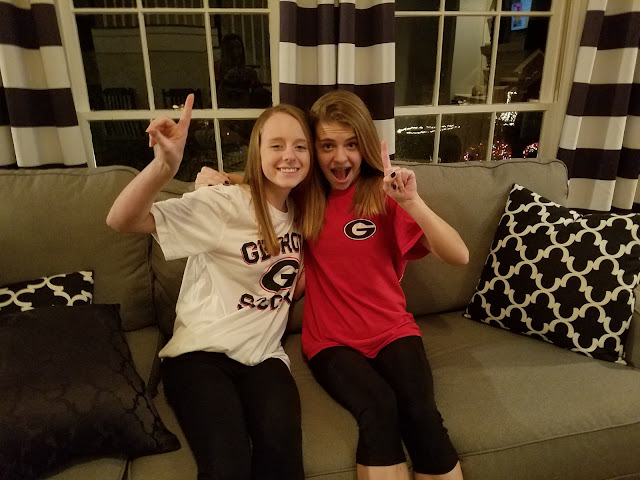 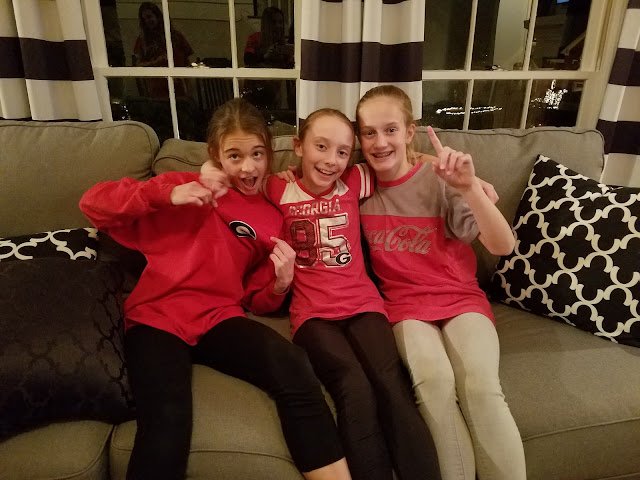 Sydney's club team played in the Showcase Atlanta College Showcase January 20th and 21st. Once again they played up an age division and did fantastic. They lost the first game 1 to 0 to a team from Florida. I did not take photos that game because it was FREEZING and early morning and I was bundled under a blanket. The second game they won 2 to 0 against a team from Alabama. Unfortunately one of her team mates broke her collar bone during this game and ended up having surgery last Friday to repair the break. We wish you a speedy recovery Lily!! The third game on Sunday morning was won 5 to 0 against a team from Tennessee. 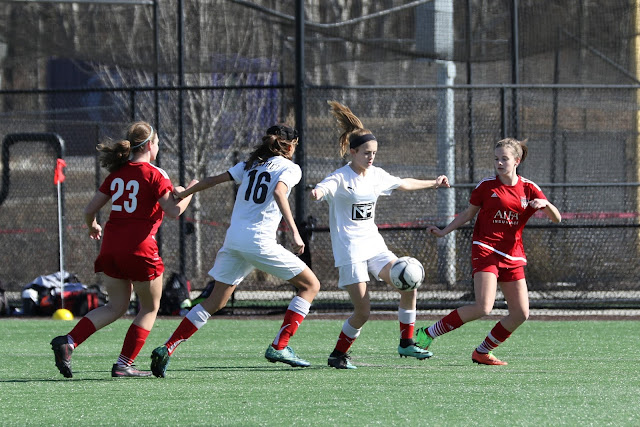 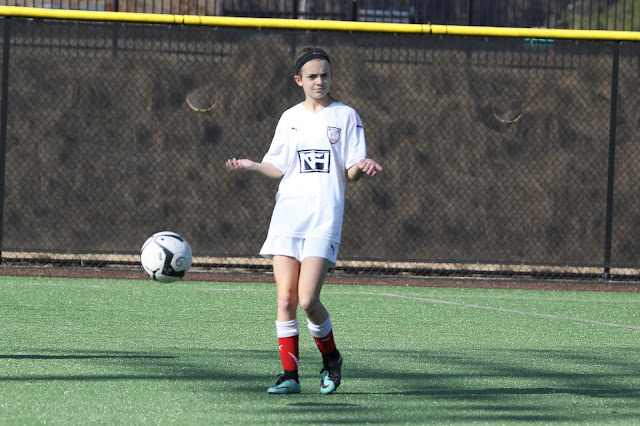 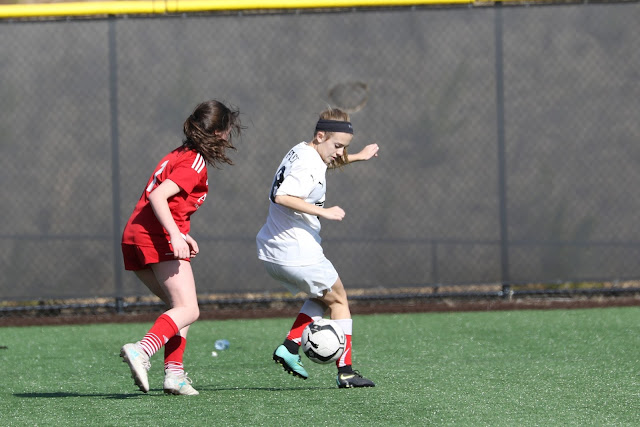 This is one of Sydney's favorite moves. I am sure it has a name, but she does this little cross step over and turn thing and it works 95% of the time! 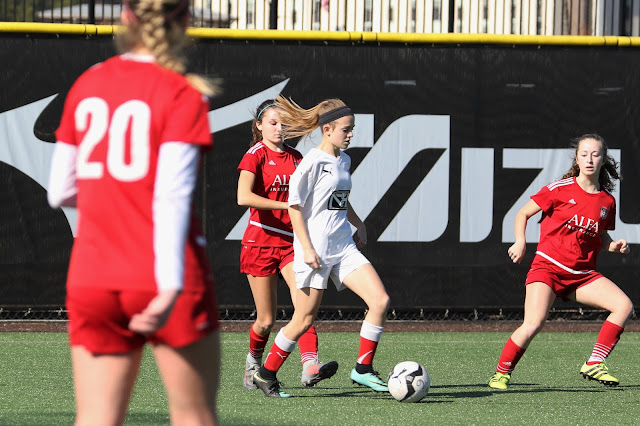 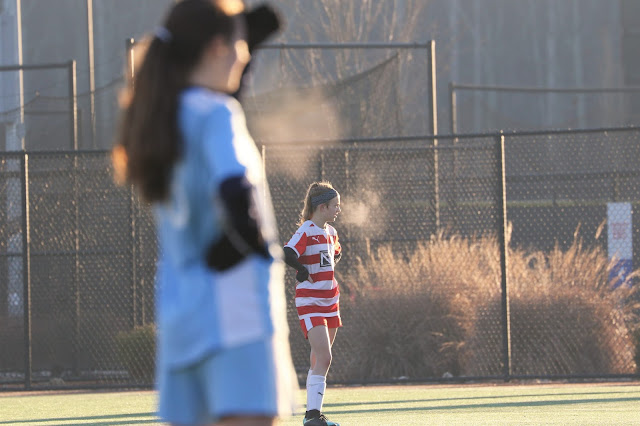 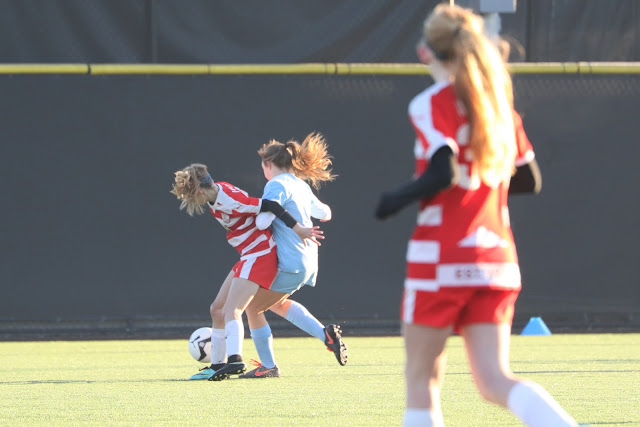 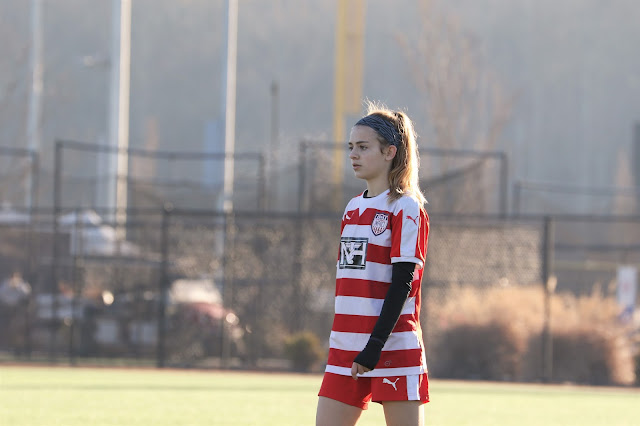 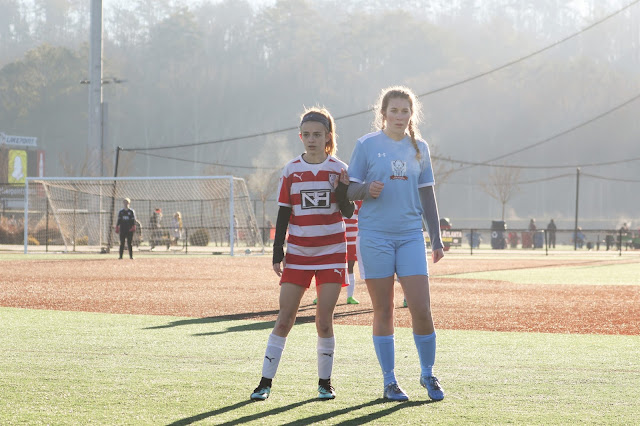 Syd and this girl were all over each other the entire game. 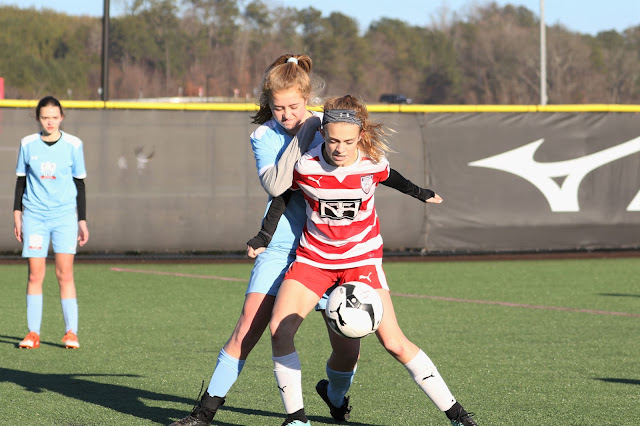 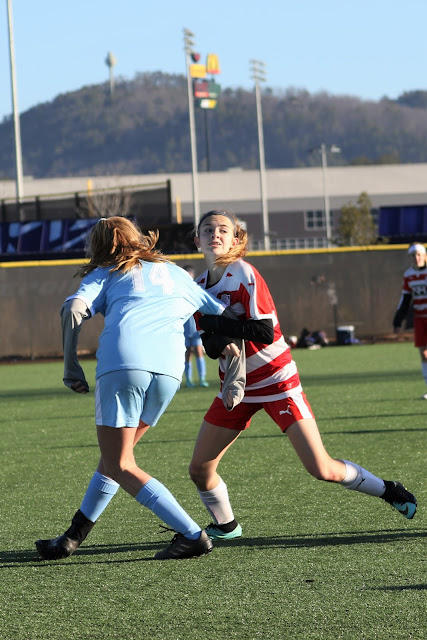 A little neck/head shove after the play to get her back for the arm grab. 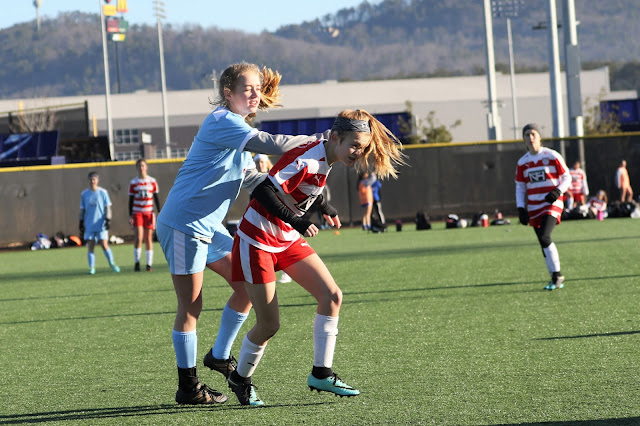 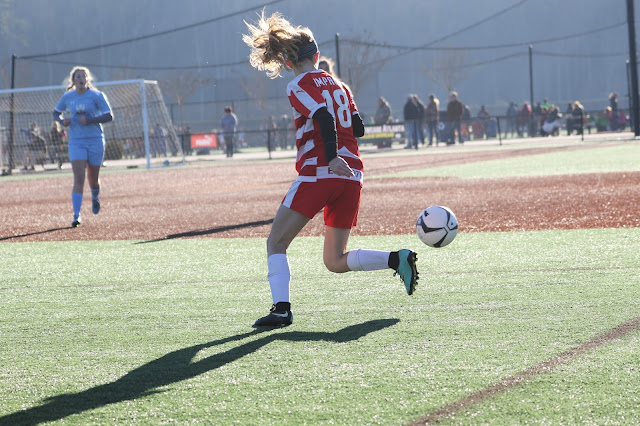 Jordyn played middle school soccer over the "off season". The weather definitely made things difficult, but all the games were squeezed in right up to the playoffs. The E.T. Booth 1 girls ended up winning the championship game 1 to 0 against Mill Creek. The goal was scored within the last 3 minutes of a very wet final game. It was pretty exciting! 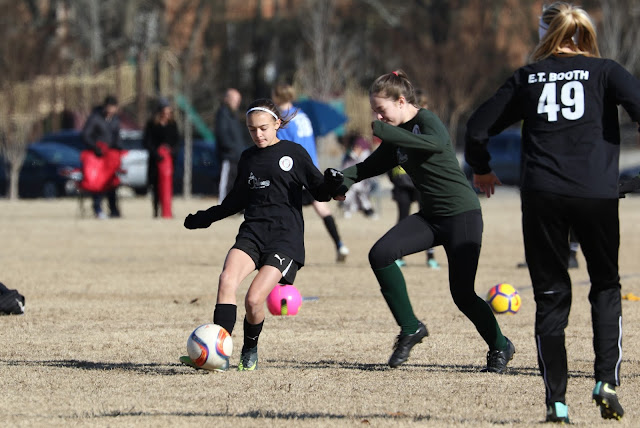 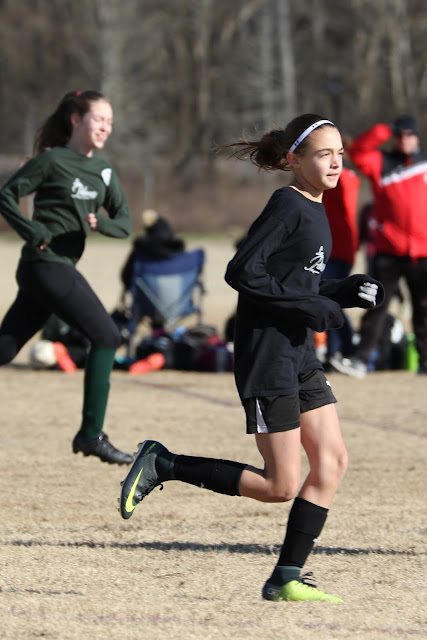 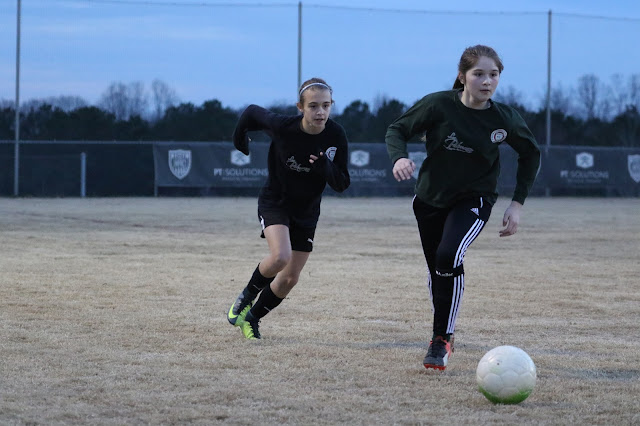 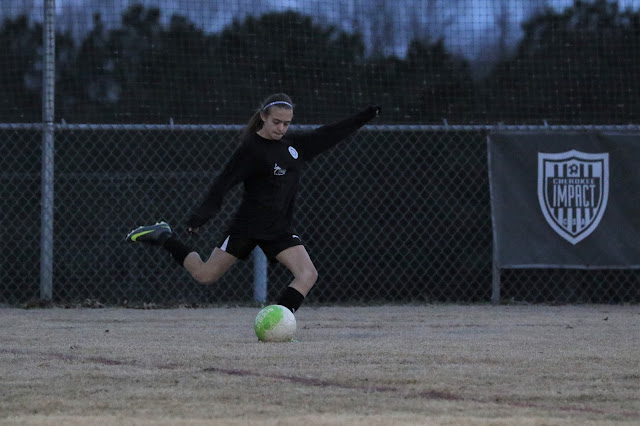 Evening game - sun was setting so these photos came out a little dark. 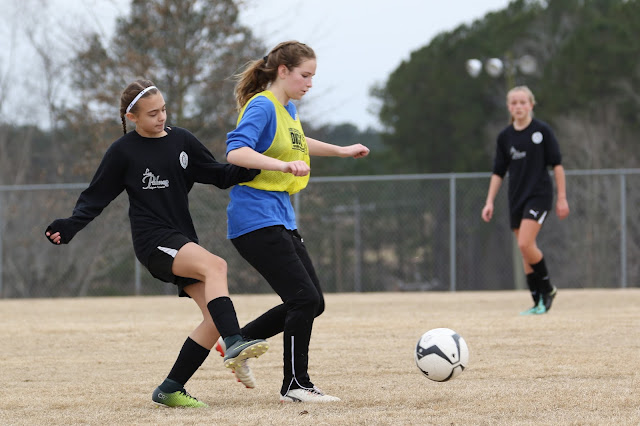 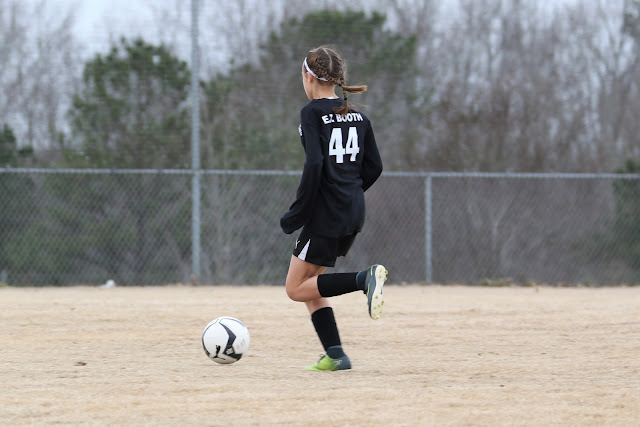 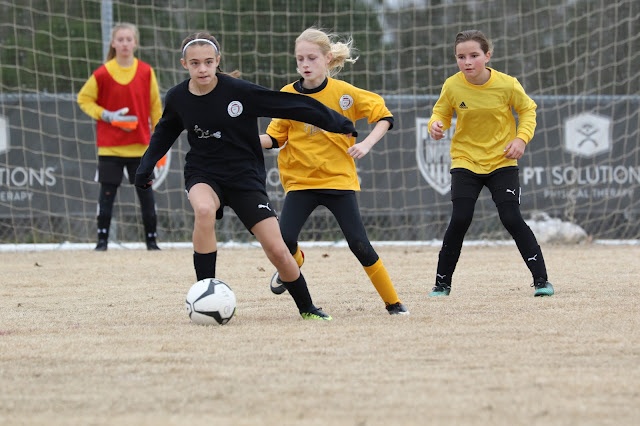 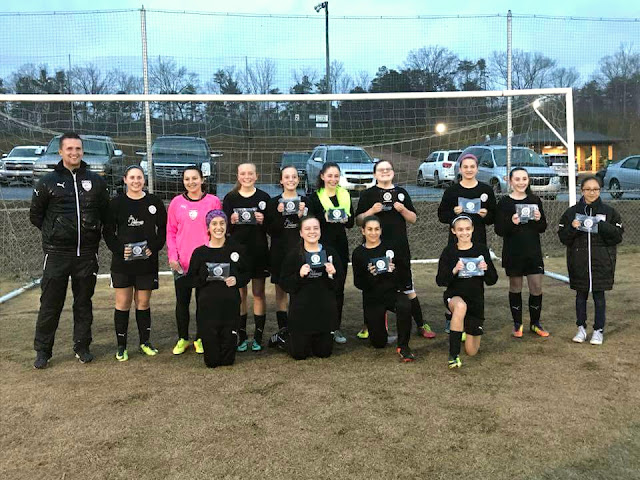 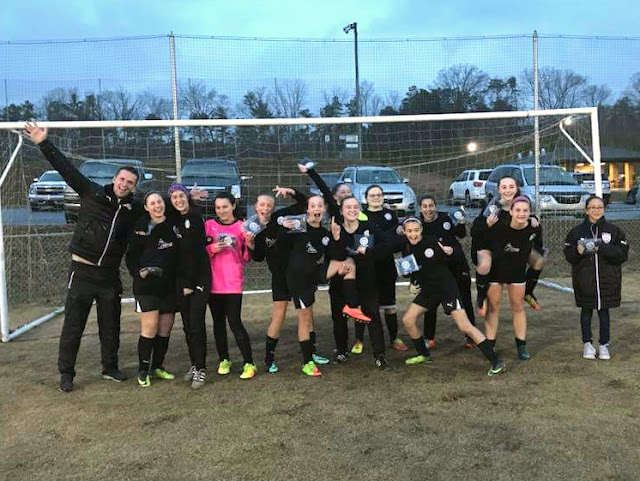 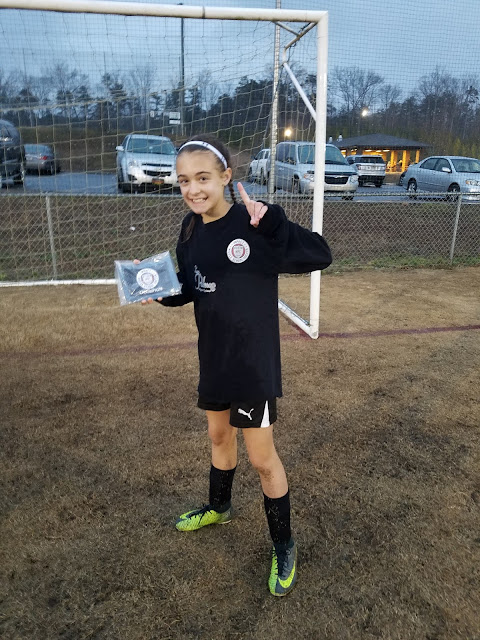 One last thing to share. Sydney had high school tryouts last week. She made the team as a swing player meaning she is going to play with the JV team AND the Varsity team. Syd and 3 other Freshman girls made the team as swing players. Needless to say these girls will be very busy because they have a lot of soccer games to attend. Syd already has her gear - she is her beloved #18 for JV and  #4 for Varsity. She is so excited to start the season and I am so excited to watch her play when I can actually make the games that is. They have mostly away games scheduled on the same days/times as Bryce and Jordyn's practices, which is also the same nights Bryan has vball practice. Boo! There are a few Monday and Friday games we can hopefully make. Last night we went to a Meet The Team Dinner at the school to kick off the season. The girls head to a scrimmage on Thursday at North Paulding High and next Thursday they head out of town for a 3 day tournament. Go Eagles!! 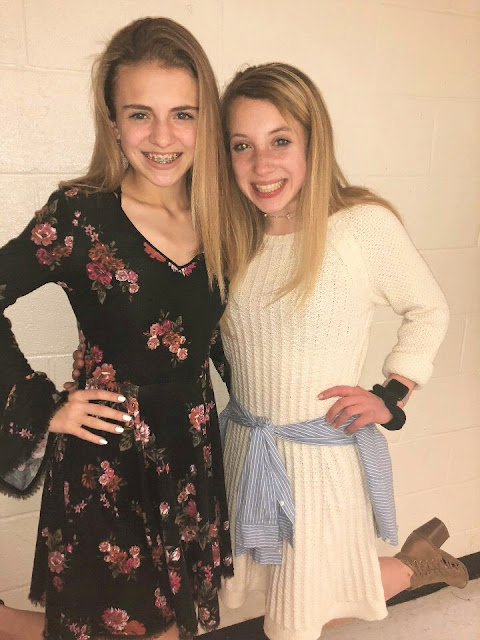 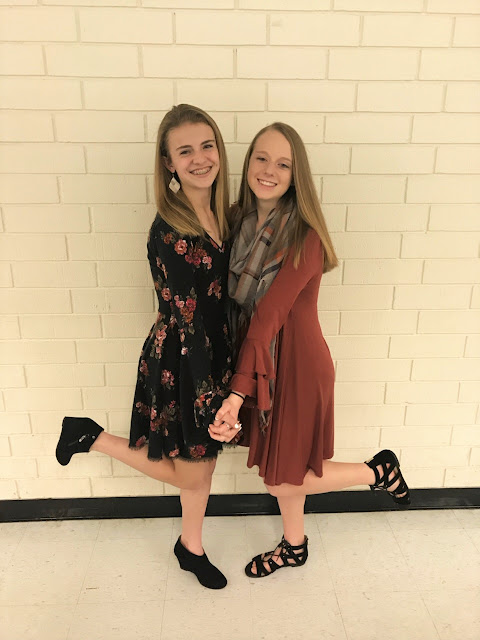 Sydney and Morgan - her bestie. They are so excited to play together again. Ever since the age group changes they were split up.

Club season has started back up and high school season is underway so it's back to our usual hectic schedule around here.

Posted by Jen at 8:59 AM
Email ThisBlogThis!Share to TwitterShare to FacebookShare to Pinterest