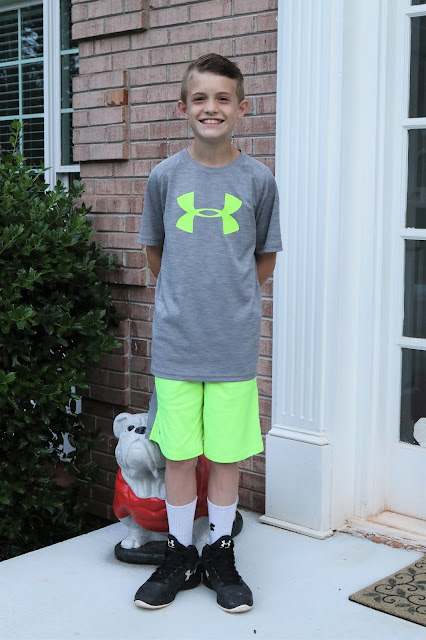 The next kid out the door for their last day of school was Sydney. Her last final was for PE and she had to run a 5K so hence why she is wearing her workout clothes. She is officially finished with her Freshman year of high school, which is hard for me to wrap my head around. This girl had a plate full all year long. She took all honors classes, played for her club soccer team, played for her school's JV and Varisty soccer teams and in her "spare" time refereed soccer games to earn a little extra spending cash. That's a lot for a 14-year-old and she handled it like a boss. Sydney finished up her Freshman year with all A's and 1 B. Amazing work Sydney!!! We are very proud of you.

After her run I picked her and her best friend up from school and got them over to the lake to hang with friends. Not a bad way to end the school year! 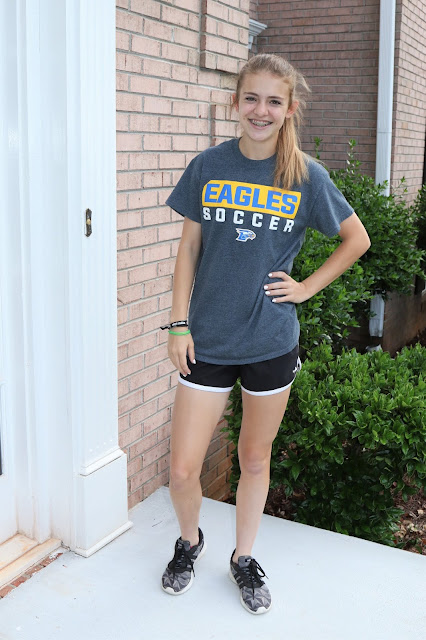 The last one out the door each day is Jordyn. Jordyn had a half day of school today that included a math final and lunch. Jordyn has also maintained a crazy schedule between school and soccer. There were many a night where she would come in late from soccer and stay up late getting her school work finished. All that time and hard work paid off because Jordyn earned all A's all year in all of her classes. I am in awe of this girls dedication to her school work. She commits 100% and it definitely pays off. Way to go Jordyn on all of your school success! 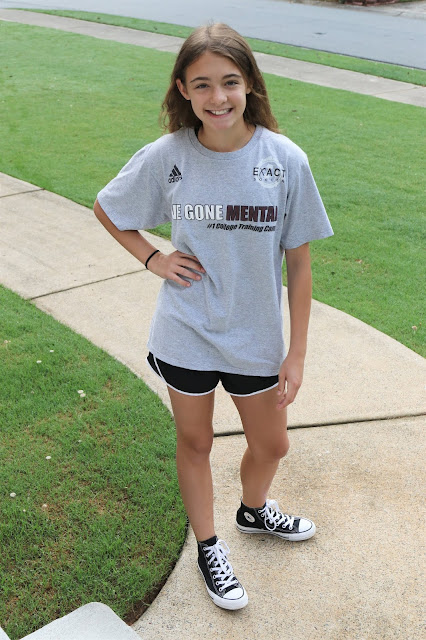 Usually I pick the kids up early from school on the last day, but since the girls were going to be out early anyway I decided to let Bryce stay at school the entire day so we could ambush him when he got off the bus. We had water guns, water balloons and silly string ready for the attack. Sydney was at the lake so she missed the fun, but Jordyn's friend Katie helped us carry out our plans. He loved it and even thanked me after all was said and done. 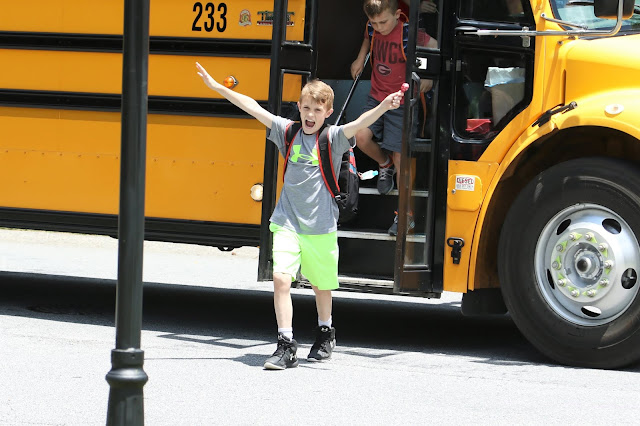 Getting off the bus and not a clue as to what's about to happen. 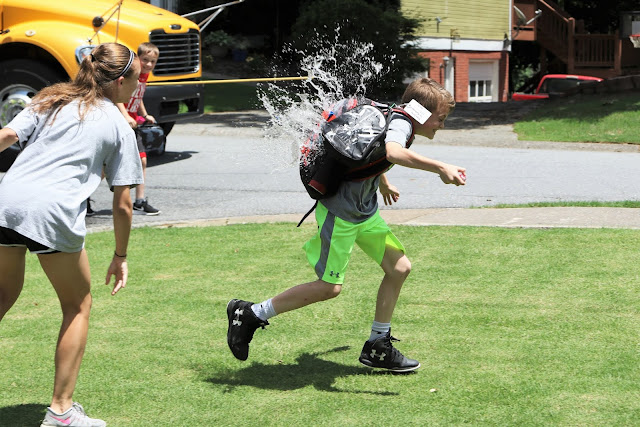 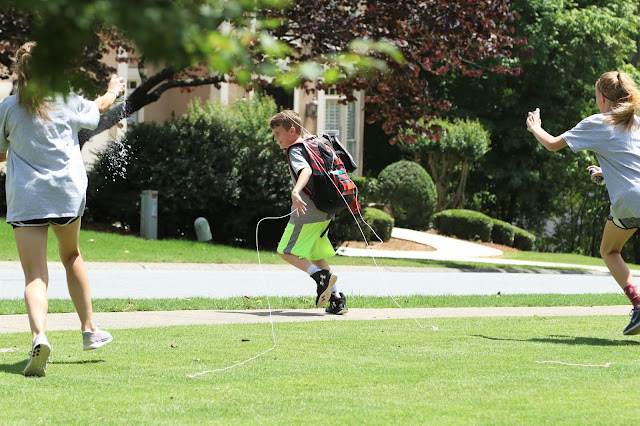 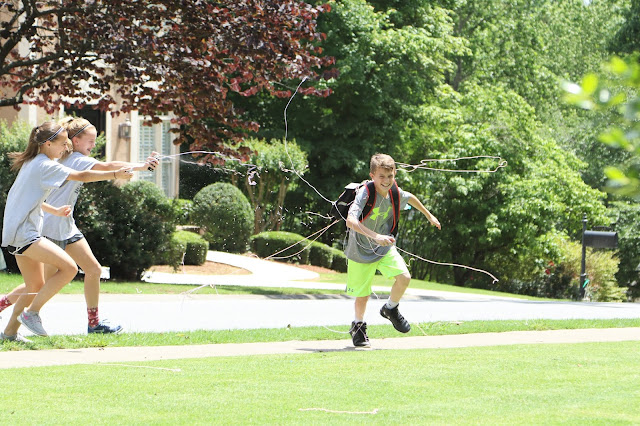 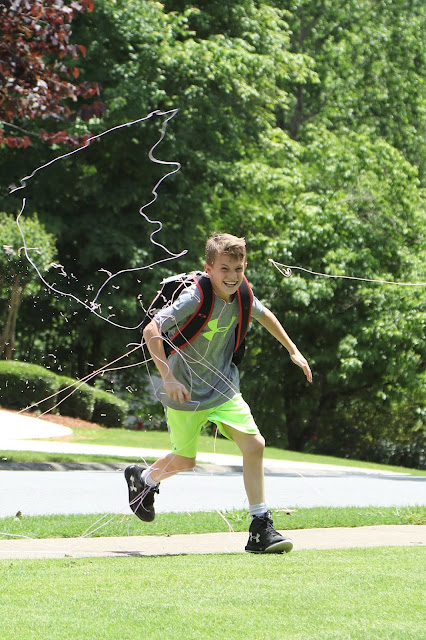 Not pictured...Bryan was in on the attack as well. He had silly string coming from all sides. 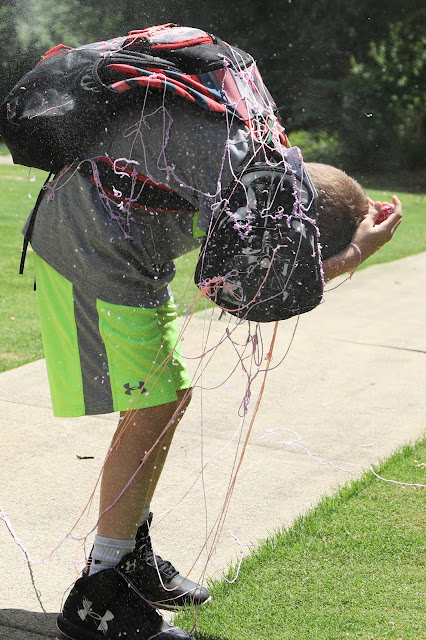 He never stood a chance!

The left over water balloons, buckets of water and water guns were put to use.
The kids were soaked by the end of it. 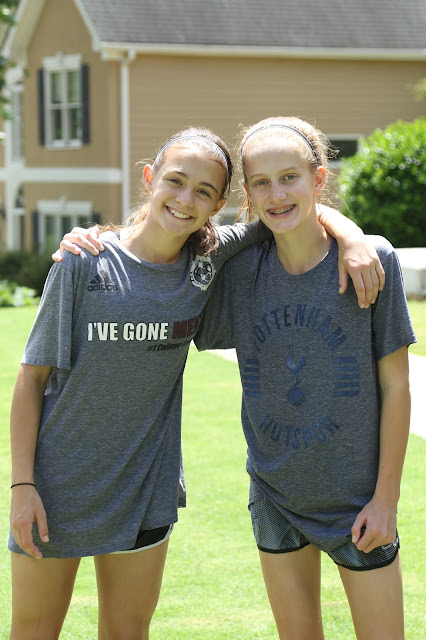 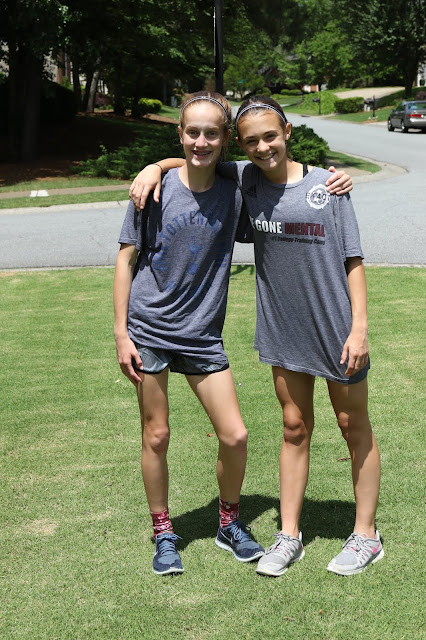 Y'all it's SUMMER!!!
This is just such a happy thought.
I love summer and I LOVE having my kids home with me! 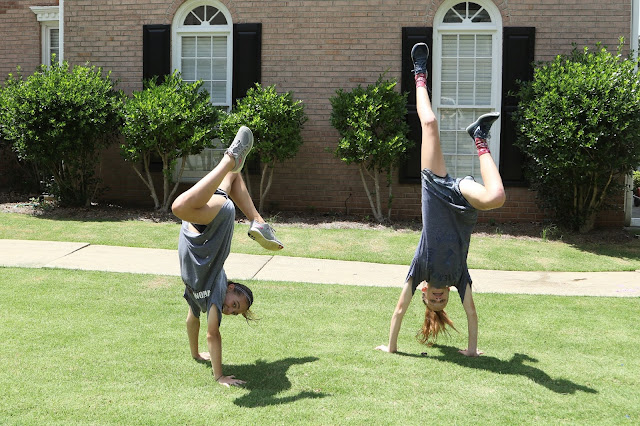 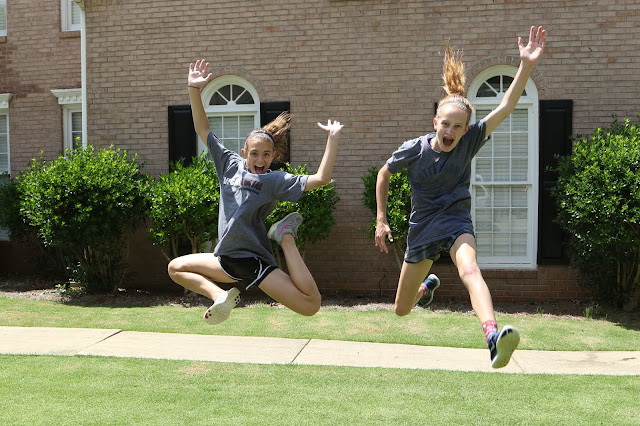 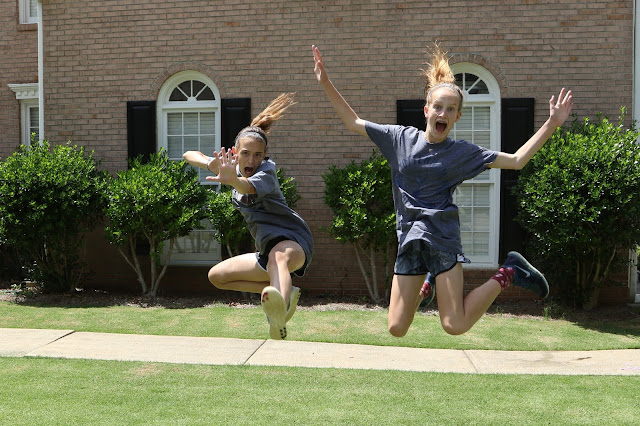 Posted by Jen at 4:50 PM
Email ThisBlogThis!Share to TwitterShare to FacebookShare to Pinterest