On December 10th Sydney was in her first car accident. She was driving back to the dorms with some friends when a deer ran into the side of her car. Sydney didn't even see the deer and had no idea what hit her until one of her friends in the back seat told her a big buck had just hit her car.

Answering the phone to a crying Sydney made my heart stop! I kept saying over and over: ARE YOU OKAY? ARE YOUR FRIENDS OKAY? It took a few times of me asking to get her to answer me. Thankfully everyone was okay and no one was hurt. This could have been much worse if the deer had gone through the windows.

Sydney was so upset her car was damaged and I kept telling her I could care less about the car. We can repair/replace a car...we can't replace her or her friends. The driver side passenger door took the brunt of it, but the deer hit the driver door handle so her door won't open at all. I guess the deer hit her door and then it flipped him into the passenger door. The deer trotted off, so we have no idea how he faired, but my guess is not well. 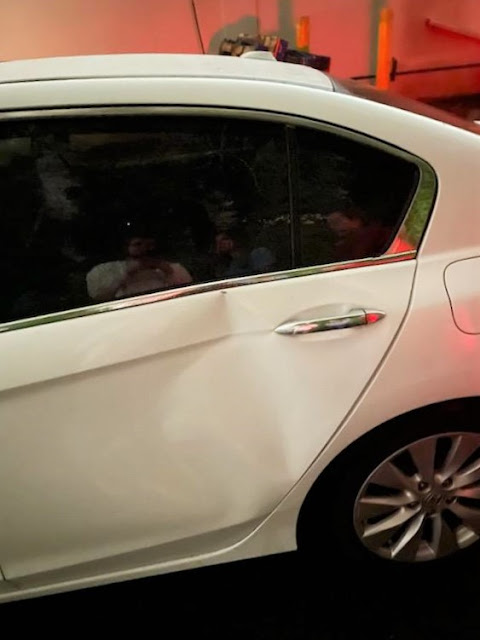 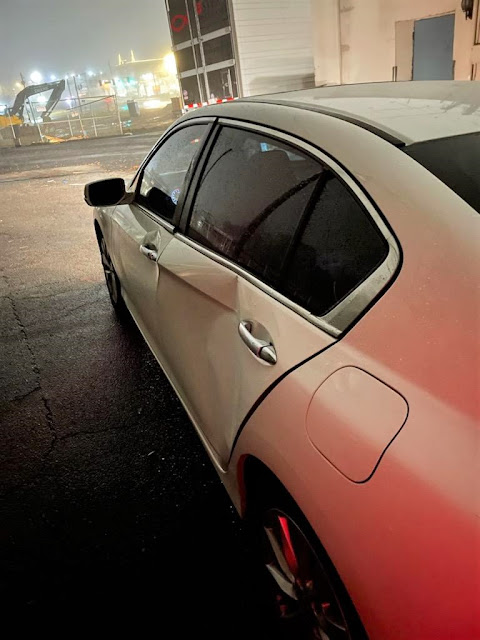 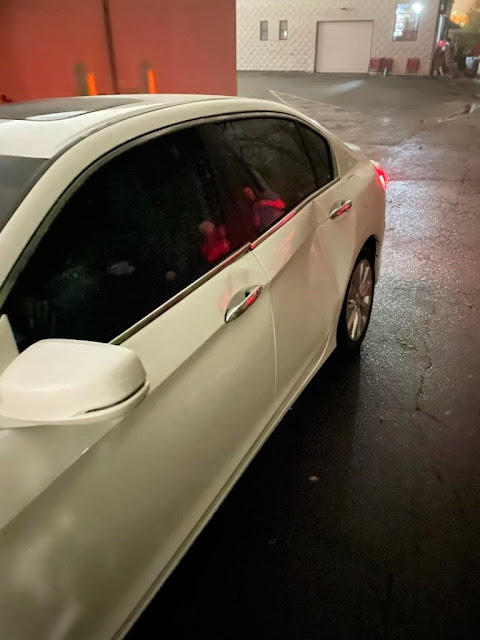