Only one of the Joneses went out of town for Spring Break this year. The lucky person was Jordyn. She went to the beach with her bestie, Lexie.

As you can see these two cuties had a great time together and we are thankful to the Castle family (one of our favorite families) for asking Jordyn to join them at the beach. 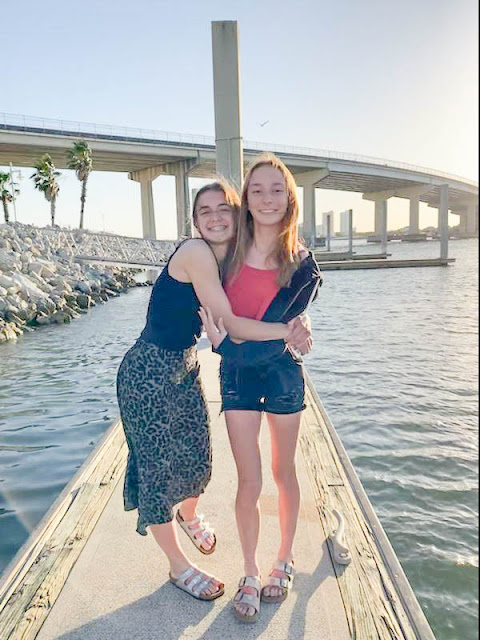 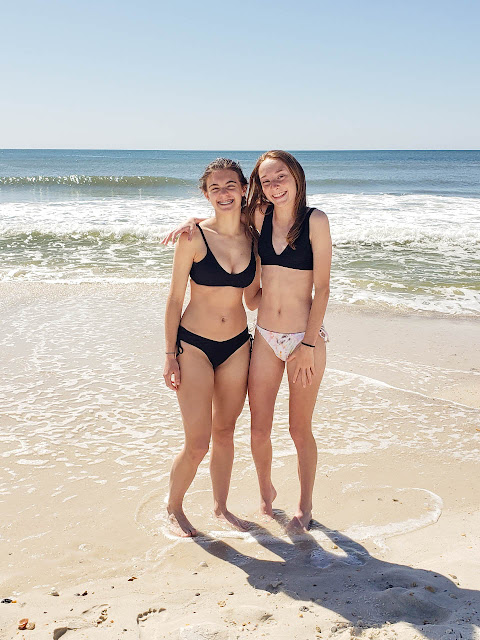 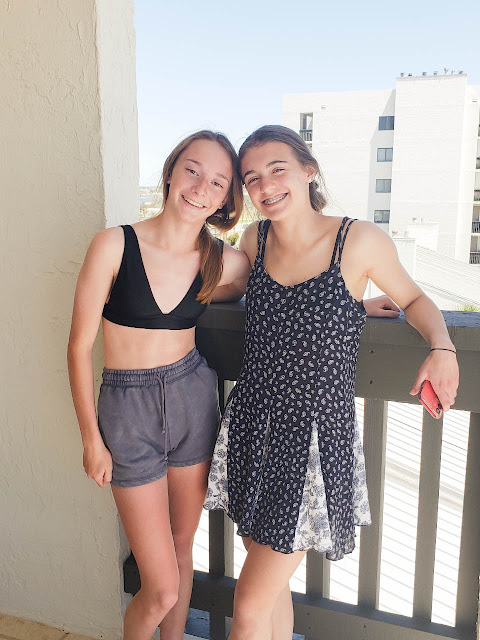 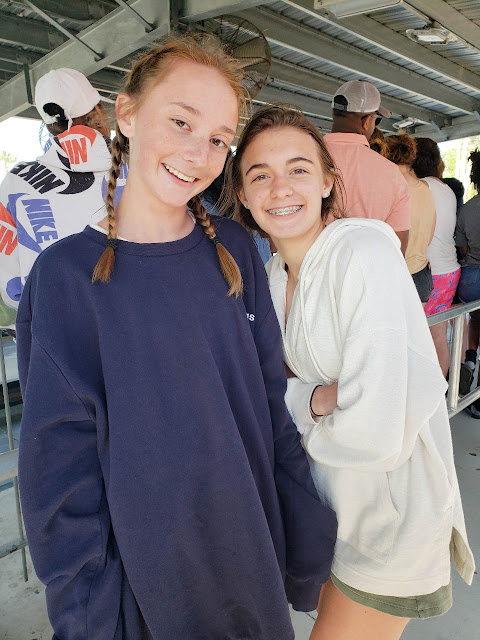 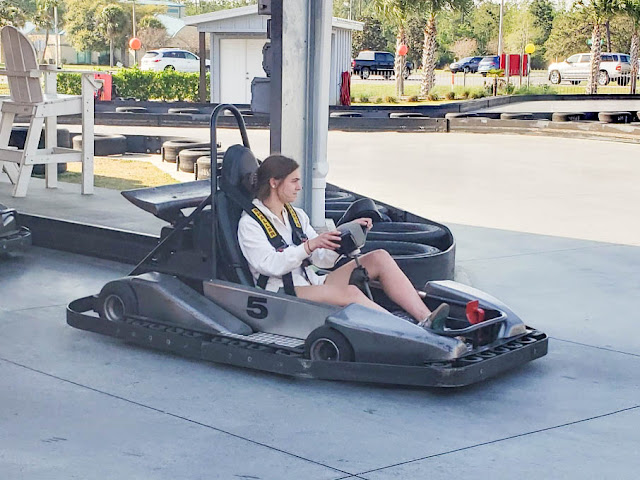 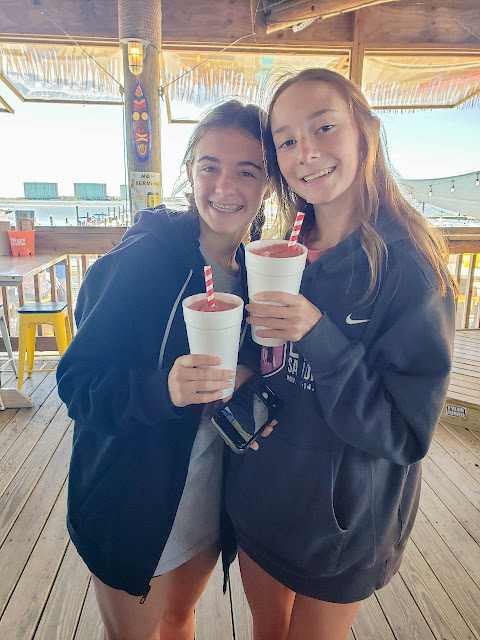 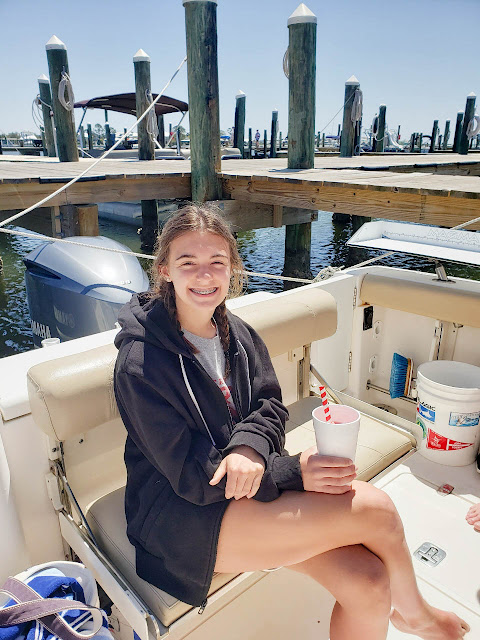 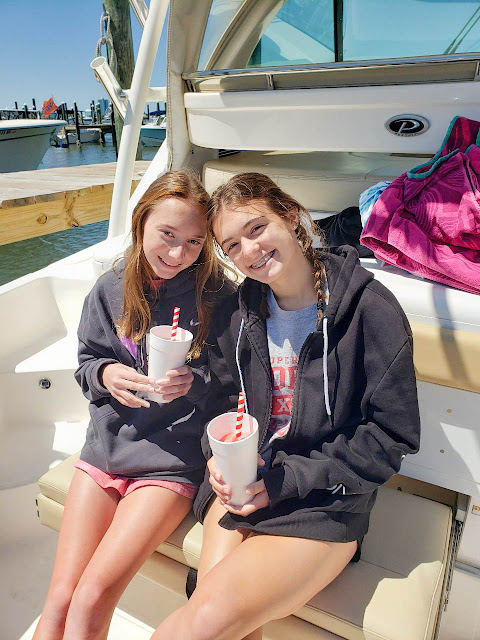 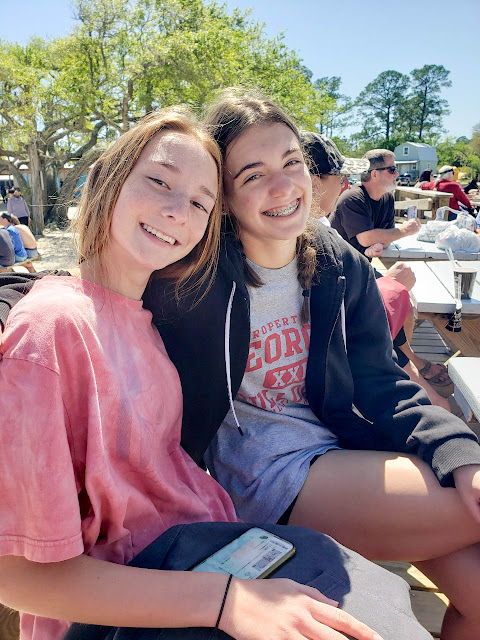 As Jordyn was soaking up the sun at the beach, Sydney was in school doing the college thing while the boys and I hung at home for some much needed home improvements. One of the home improvements was out of necessity and the other was a project that we started 4 years ago that was finally finished.

Let's start with the necessity. The wood around the "bay" front windows of our house has been in need of some attention for some time. Honestly, probably since we moved in 5 years ago, but the folks that flipped the house painted over the issues and called it a day. Basically all the wood around the windows was rotten. Let's just say once the guys got going on the project we realized that the wood was in much worse shape than we expected. Isn't that how most projects go? So - all the wood was ripped off and replaced with composite material, trim was added and then some fresh paint to finish it off.

Looks so much better! 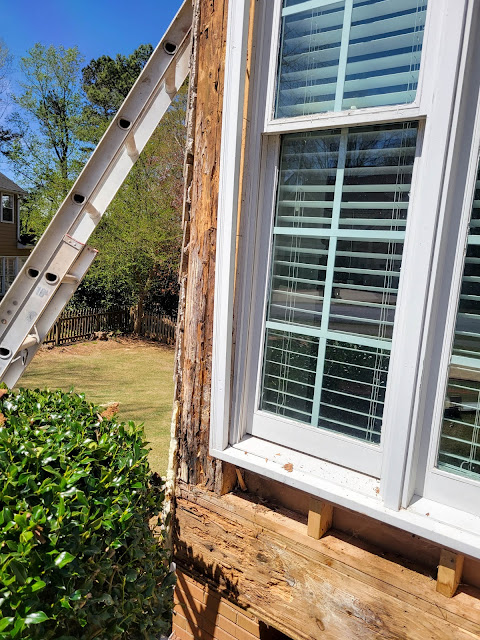 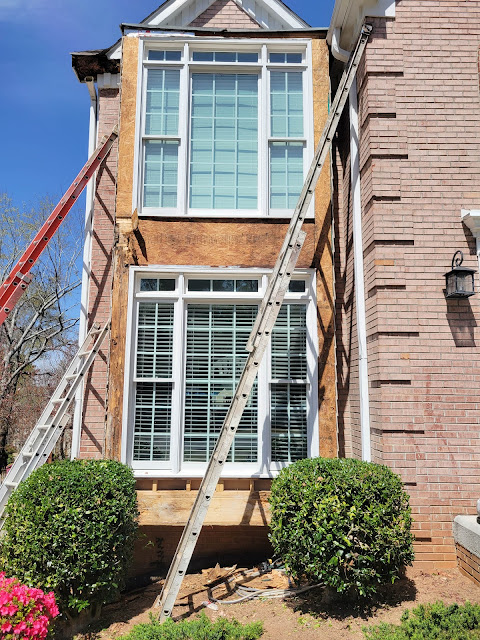 So much rotten wood. Not just the front wood you can see, but the rot went back deep so everything was replaced. 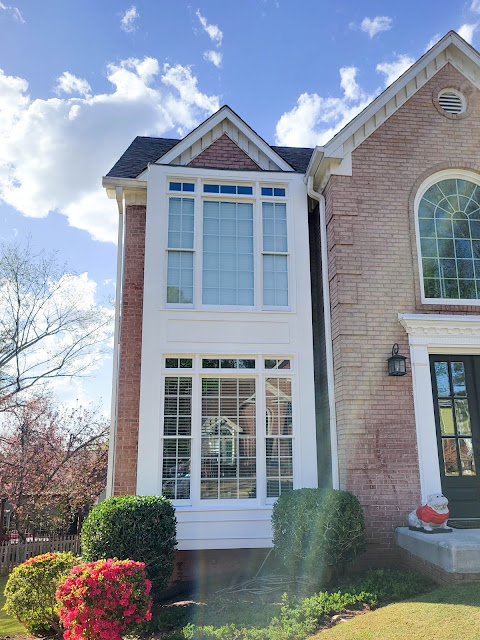 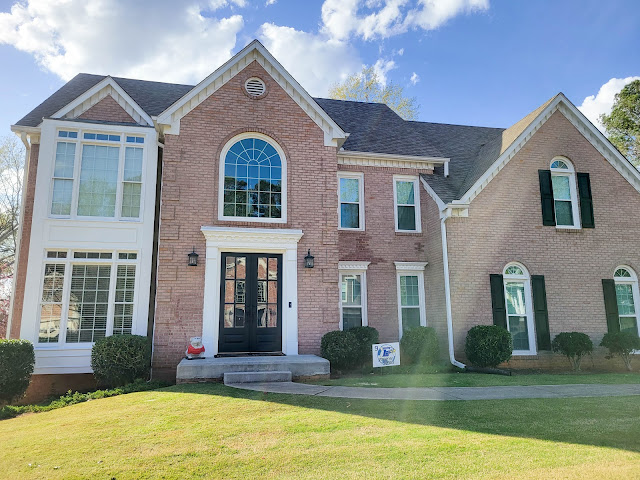 Next up - the girl's bathroom. This was one of those projects that I started on a whim and it spiraled out of control really quick. Hence why it took 4 years to finish it. Of course we didn't work steadily for 4 years, which helped with the slow progress.
Shortly after we moved into the house the paint in the girls bathroom started to crack and peel. What we didn't know at the time is that the flippers painted over wallpaper residue so hence why we had major paint issues in that bathroom. One day I decided I will just "peel" all the paint from the walls and repaint. I started peeling and this is where my plan quickly went south. After peeling and scrapping 2 of the walls (with the help of my pregnant sister-in-law at the time) I had pretty much butchered the walls so I had 2 options:
1. Replace all the drywall.
2. Stop peeling/scrapping and cover all the walls in shiplap.
The easiest and cheaper option was to cover the walls in shiplap. Once that decision was made I told Bryan that we should go ahead and replace the vanity. It was super dated (90s) and the space could fit a larger vanity. This is where we took a pause on the project for a good 2 years. No joke. For two years the girls had two walls completely butchered and the other walls covered in cracked and peeling paint.
During the summer of Covid we got things moving again. We finally bought a new vanity. From there Bryan got to work on putting shiplap up on ALL of the walls from floor to ceiling. The bathroom has vaulted ceilings so it was a chore to get the wood all the way up to the ceiling. Once the shiplap was up my job started. I filled the nail holes. I primed all the walls and the ceiling in a paint specifically for bathrooms. Then I went back and repainted the walls, trim and ceiling white. I'm not a fan of heights so the fact that I managed to get up to the top corners of the vaulted ceiling and then paint the ceiling itself was a victory for me. We installed a new toilet, a new mirror and a new light fixture. After all this work the only thing left was the shower.
This leads us to the next year and half long break. Ripping out a tub/shower insert and having a new shower installed is not cheap. We had gotten several quotes, but never pulled the trigger. When the guys came out to quote us on redoing the wood around the front windows we asked him if he would quote us on the shower redo as well. His price was fair so we decided to go for it.
Now, the girls have the nicest bathroom by far in the house. I love how it all turned out. I wish we had redone the floors as well, but sometimes you have to pick and choose to stay in budget.
We started the project in April of 2018 and finished it in April 2022. 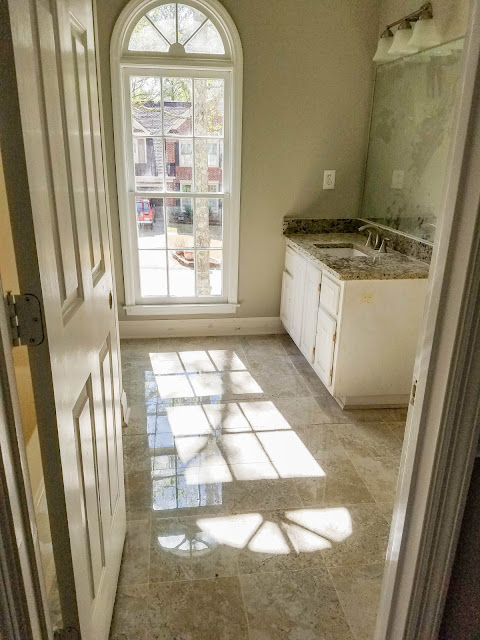 Not the best photos, but this is what the bathroom looked like during one of our walk-thrus before we bought the house. 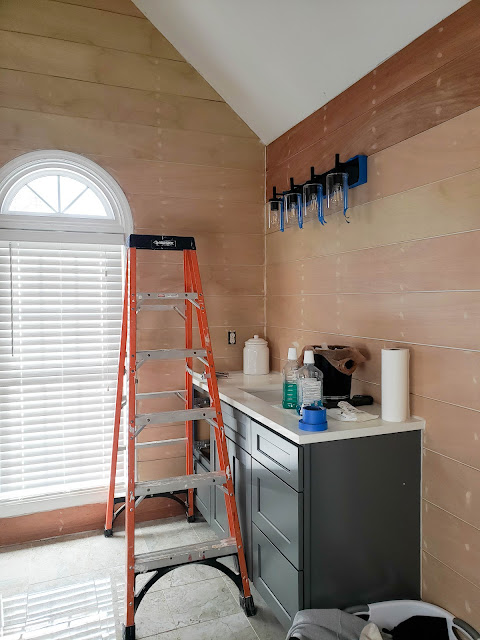 Bryan did a great job on the shiplap. We didn't use real shiplap...we made our own. It's much cheaper! 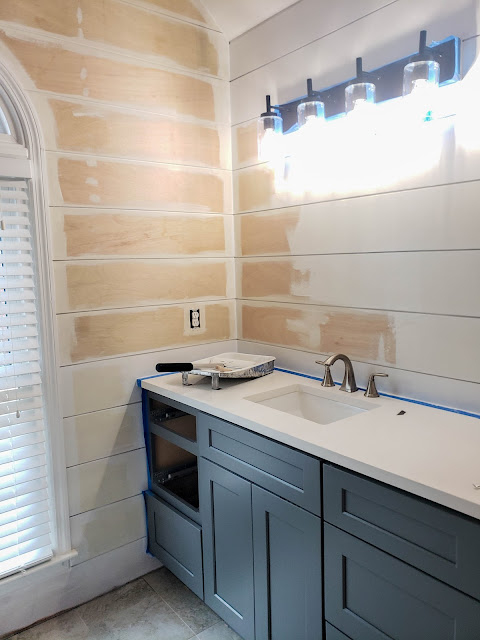 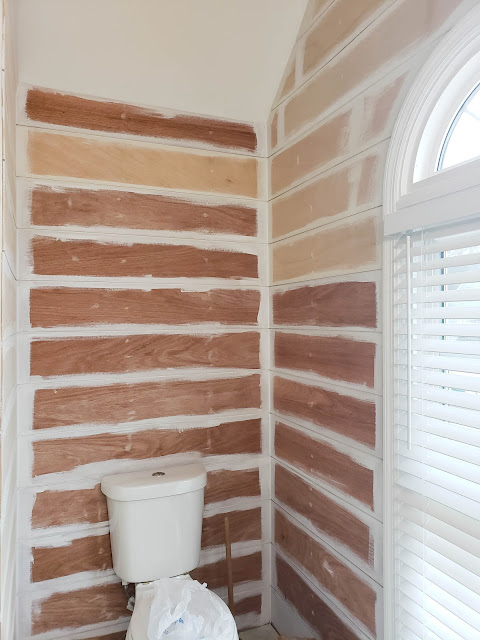 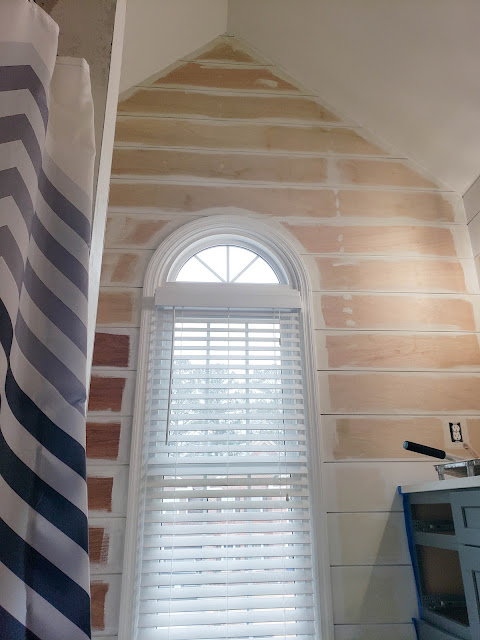 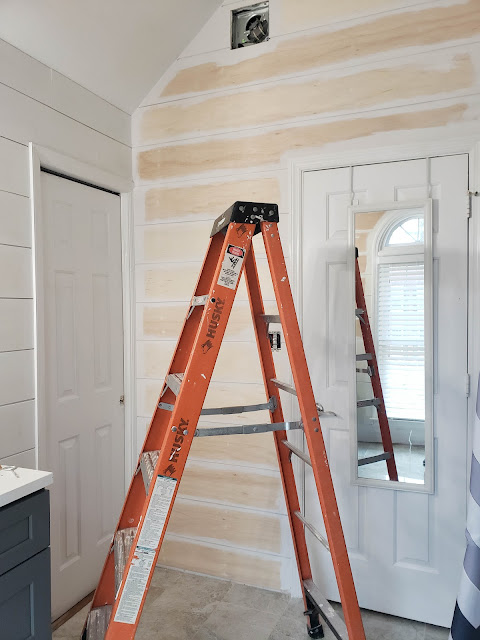 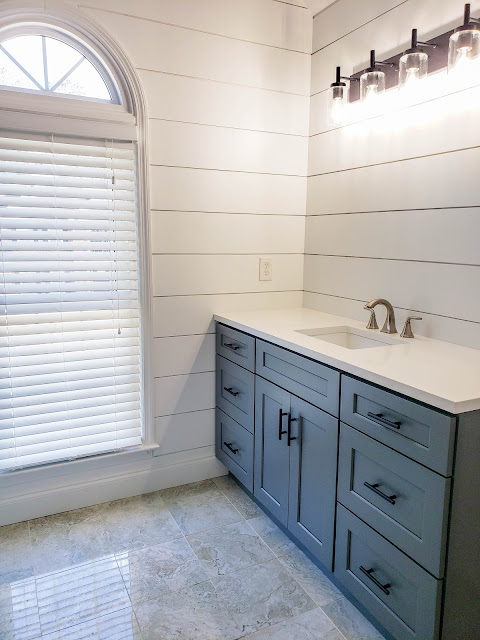 Finally finished with all the painting! 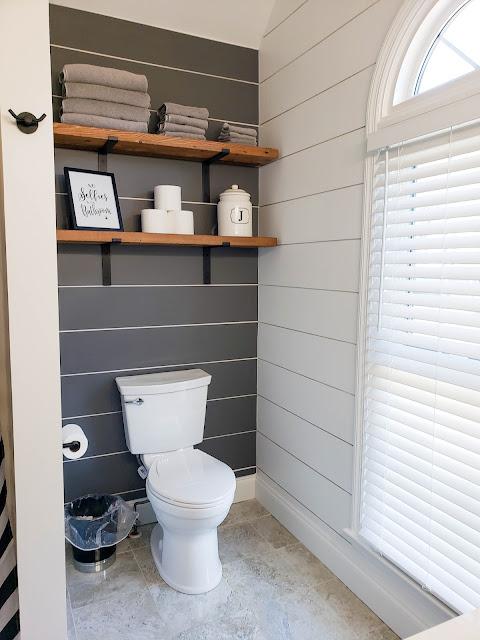 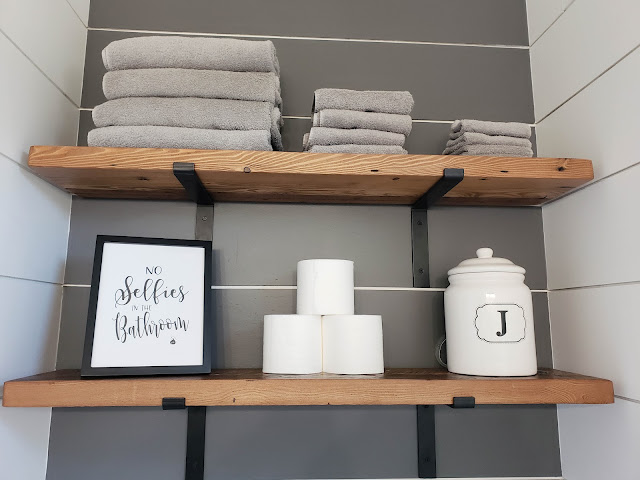 This paint is almost a perfect match to the vanity color. It helped add some depth to the bathroom. 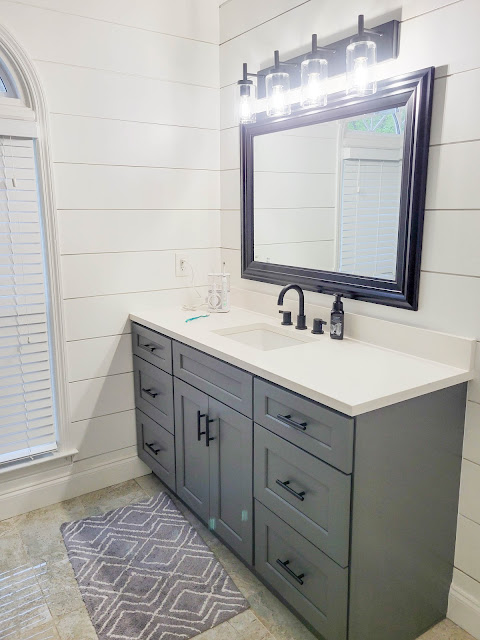 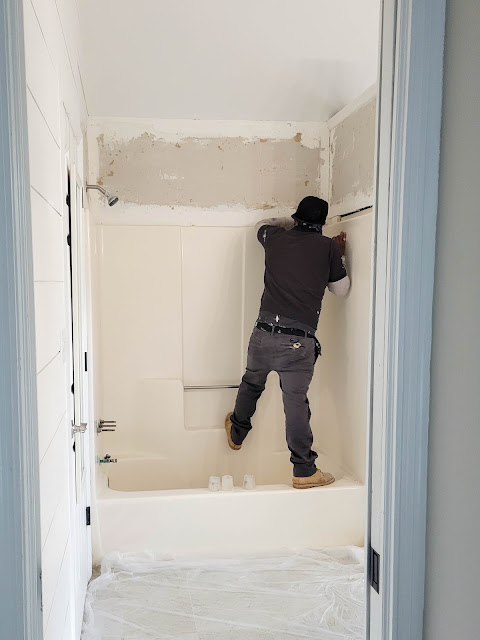 Finally the shower process started. This is the shower demo.
Wasn't sad to see the nasty insert ripped out! 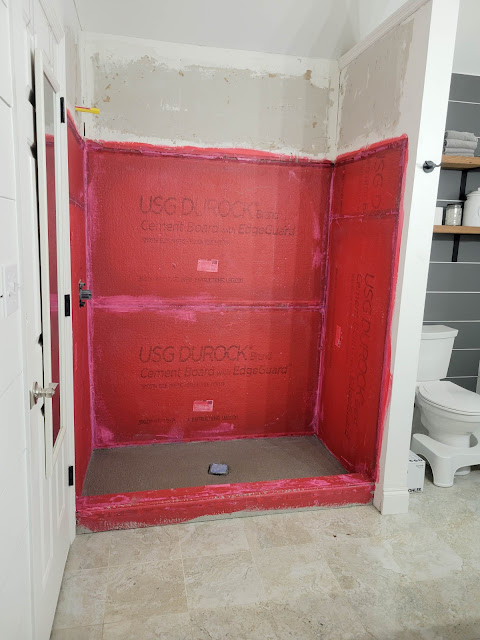 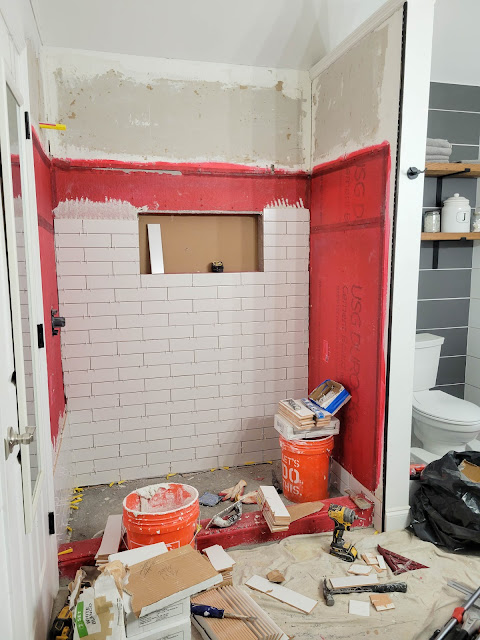 Tile going in. We bought the tile and they installed it for us. 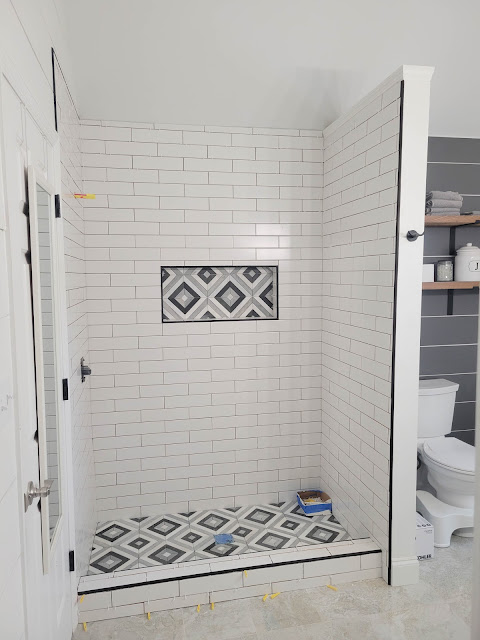 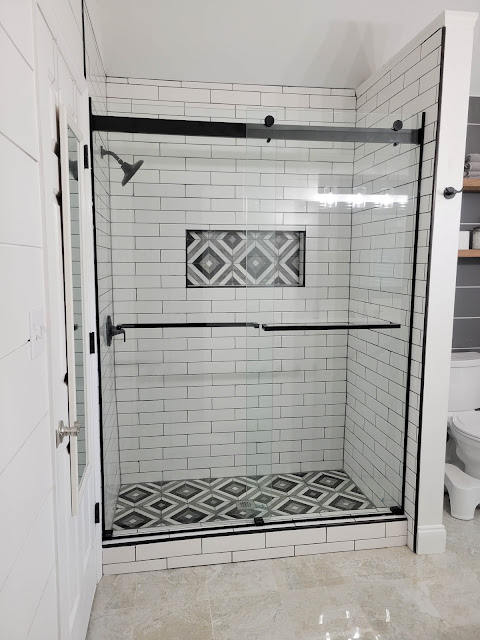 Shower door installed! We bought the door and they installed it. 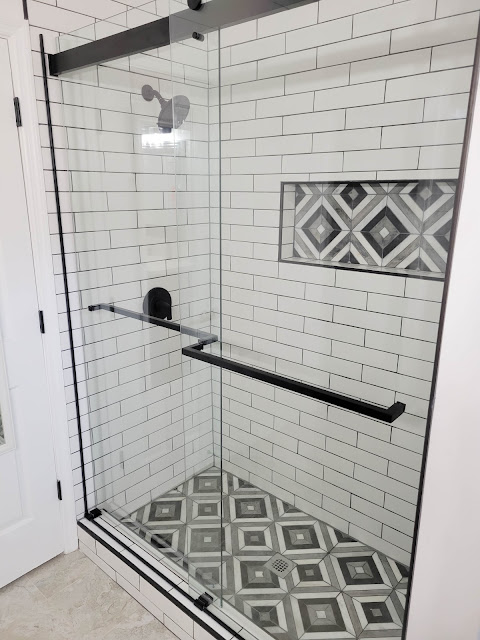 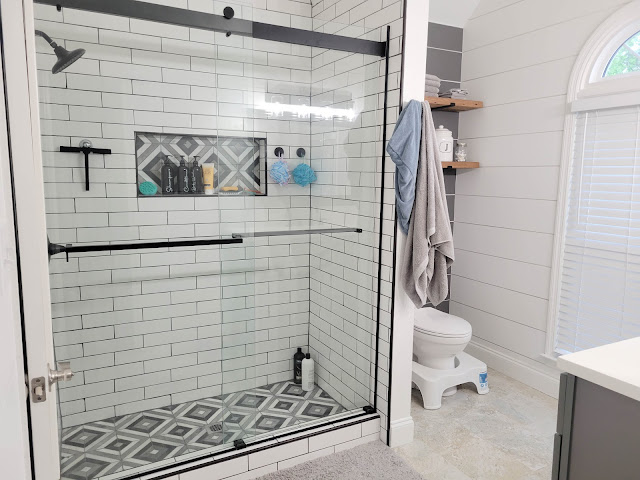 And here it is the bathroom all lived in by our two best girls!
Posted by Jen at 4:09 PM
Email ThisBlogThis!Share to TwitterShare to FacebookShare to Pinterest