Wow - I can't believe it's NOVEMBER! Time is flying by. We had an eventful weekend and I wanted to recap it for everyone.  I'll keep it as short as I can. 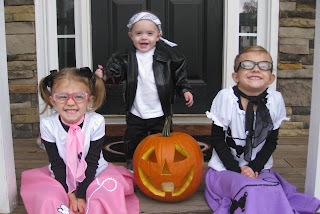 Friday: Bryan had to run a few errands in preparation for the state championship game his team was playing in on Saturday. Thankfully Bryan's parents were home so we dropped the kids off with Honey and Papa to run errands and eat dinner together. I know this doesn't sound super eventful, but anytime Bryan and I can get away without kids is cherished time!

Saturday: I helped Bryan with prepping gift bags for his volleyball team. The parents and school graciously purchased new long sleeve jerseys for the girls to wear during their big championship game. The girls have wanted long sleeve jerseys so this was a perfect opportunity to surprise them. To make the jerseys even more special each one had the girls last name on the back. The girls had NO idea they were getting these jerseys before the game and from what I understand they were VERY excited! 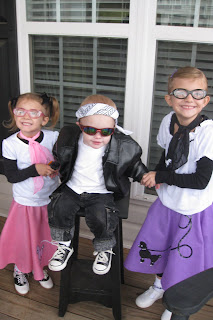 Since the final game was schedule at 7:00 on Halloween night I had some figuring on schedule to do. I ended up driving the kids over to a neighborhood across the street from the high school for Trick-or-Treating. As we are driving down the street to our destination it starts raining. Not a drizzle, but a full on rain. So - we drove up to each house, unloaded the kids under umbrellas so they could do their thing. The rain briefly let up only to start up even harder so we called it a night. Getting kids in and out of a car, umbrellas and Jordyn having a famous melt down was enough for my mom and I. I think the kids hit up about 10 houses before we headed to the high school. The kids were happy that they got to Trick-or-Treat, but I'm not convinced it was worth the effort! 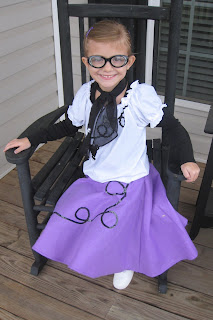 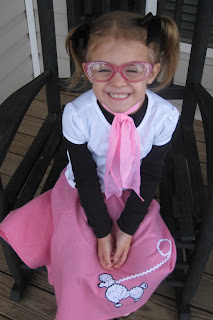 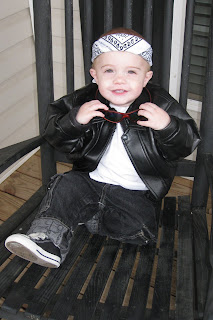 While Trick-or Treating there was another important event going on...Georgia vs Florida. I'm not going to waste much time on this subject. It was ugly. It was REAL ugly. I watched the 1st Q of game and then listened to the rest in the car while T-o-T. What is the record for most turnovers in a season by a given team?? I think Georgia is working on that record! No need to post the scary score.

Now onto the big event of the night...the state volleyball finals. Pope Greyhounds are the 2009 5AAAAA State Champions!!! Congrats to all the Pope girls, parents and coaches. The hard work paid off. I will say that Walton played awesome. I will not deny that they put forth amazing effort.

Here is a break down of the games:

Pope was down 7  points and rallied back to win the game with 7 straight points. AMAZING!!! You can go watch the game at GHSA.net, if nothing else watch the 5th game. It's only to 15 points verses the usual 25 points. I myself am going to go back and watch it because I was in the hallway not watching. I couldn't handle it!! I saw the last 2 points of the game...which were the best 2! Jane (Bryan's mom) and I were nervous wrecks. She couldn't watch the last game either and ended up going into the lobby. 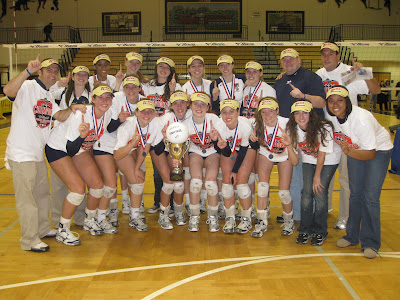 Now I get my husband back!!! Rating: Hallelujah!!!!

Posted by Jen at 10:01 AM
Email ThisBlogThis!Share to TwitterShare to FacebookShare to Pinterest