Shout Out to Chipper Jones

Did you know that Chipper Jones of the Atlanta Braves has been a huge supporter of the Cystic Fibrosis Foundation?
He has donated over 1,000,000 to the CFF since his rookie year of play.
That is pretty awesome people!

As a thank you, the GA chapter of the CFF is putting together a slide show and photo album to present to Chipper as a thank you for his support over the years. We, along with our fellow CF families across GA were asked to send in a picture of our CFer. Since Bryce has had his photo taken with Chipper a few times when he was younger I decided to send those pictures in along with 2 current photos. Hopefully Chipper will remember Bryce and hopefully he will get a good laugh out of Bryce's current photos.

**A couple of years back Bryan's school participated in the Cure Finders fundraiser at the school he teaches at - Davis Elementary. The kids ended up raising the most funds out of all the schools in 2009 and 2010, which won them a visit from Chipper each year! 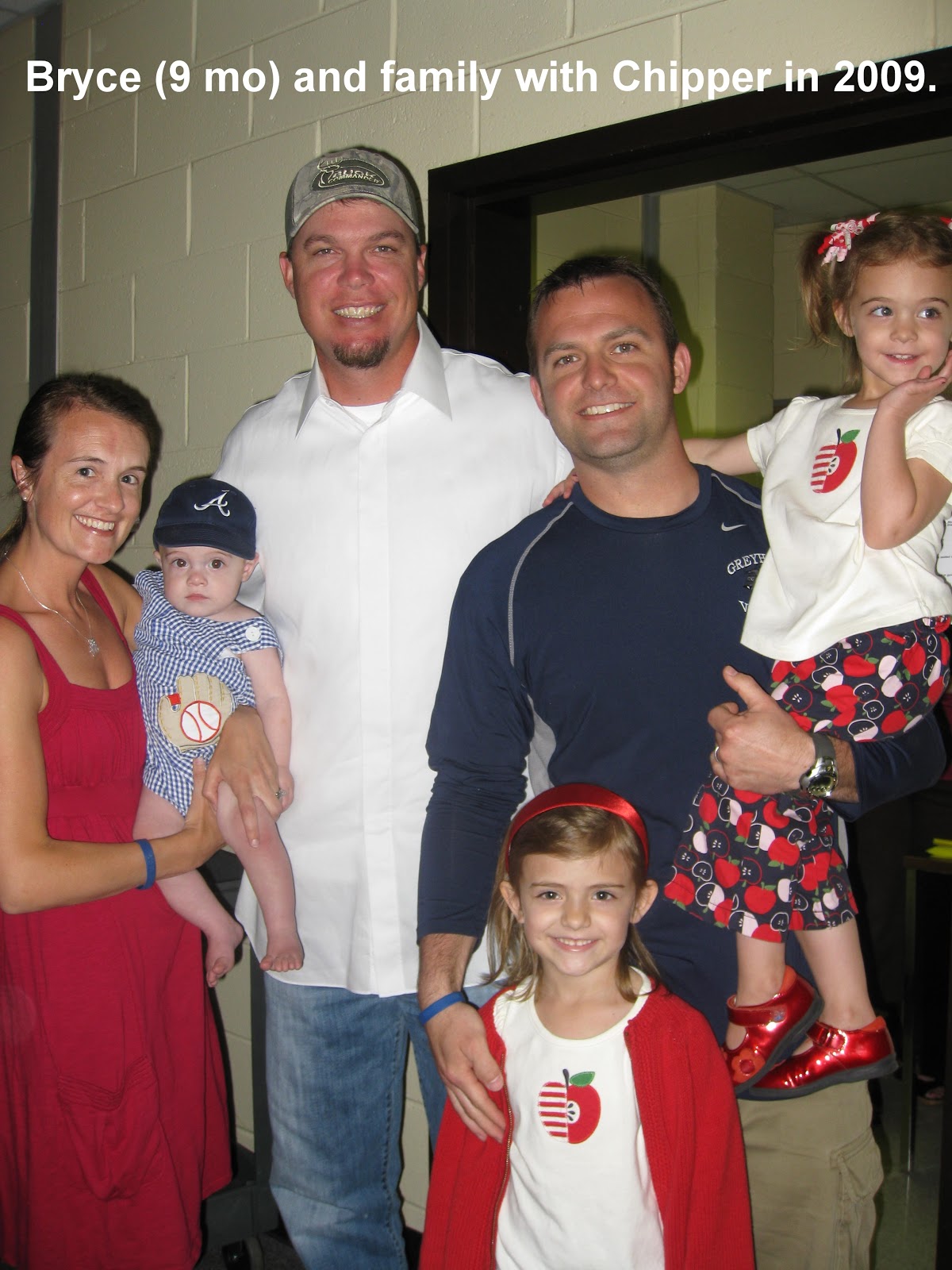 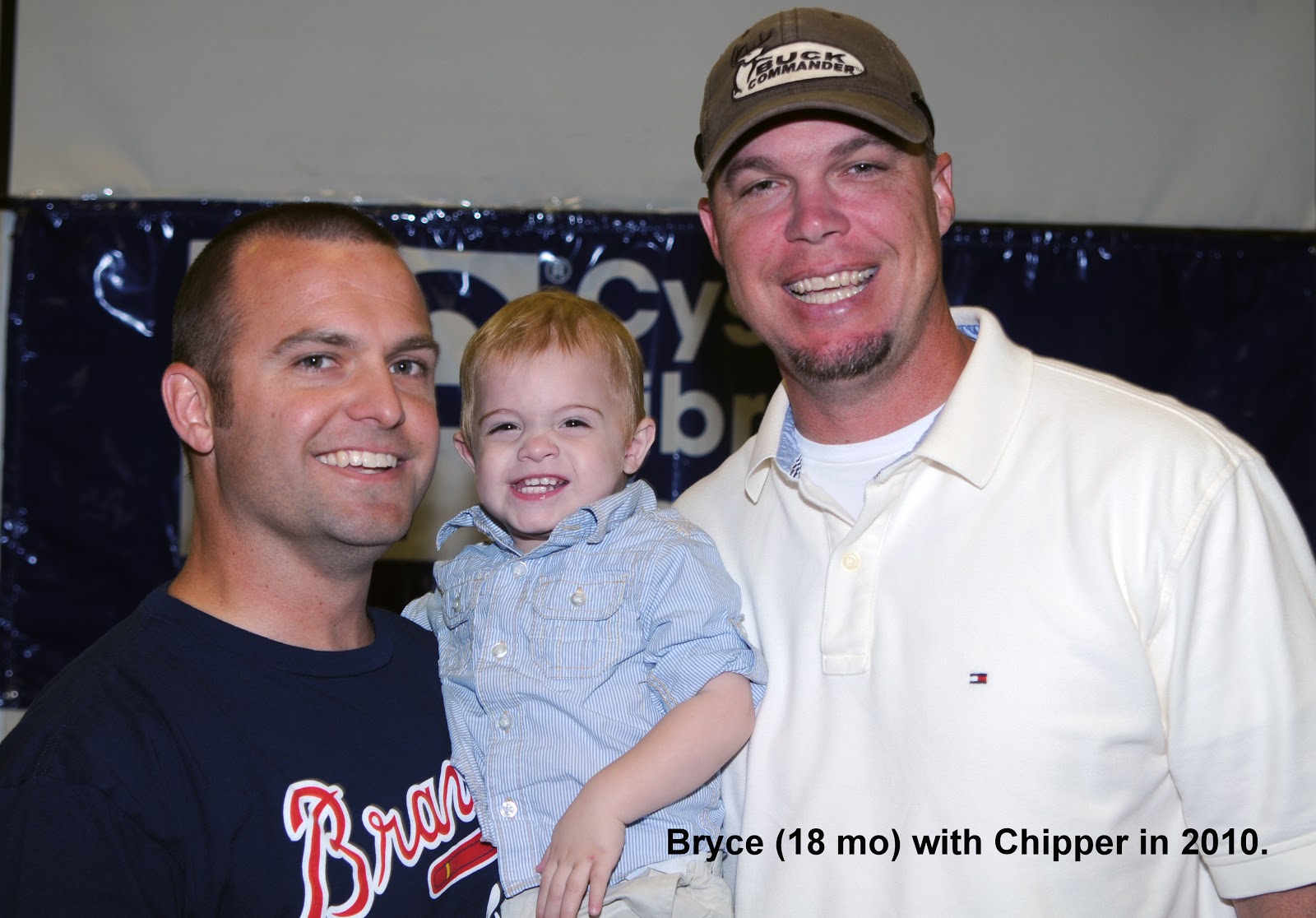 And here are the current photos... 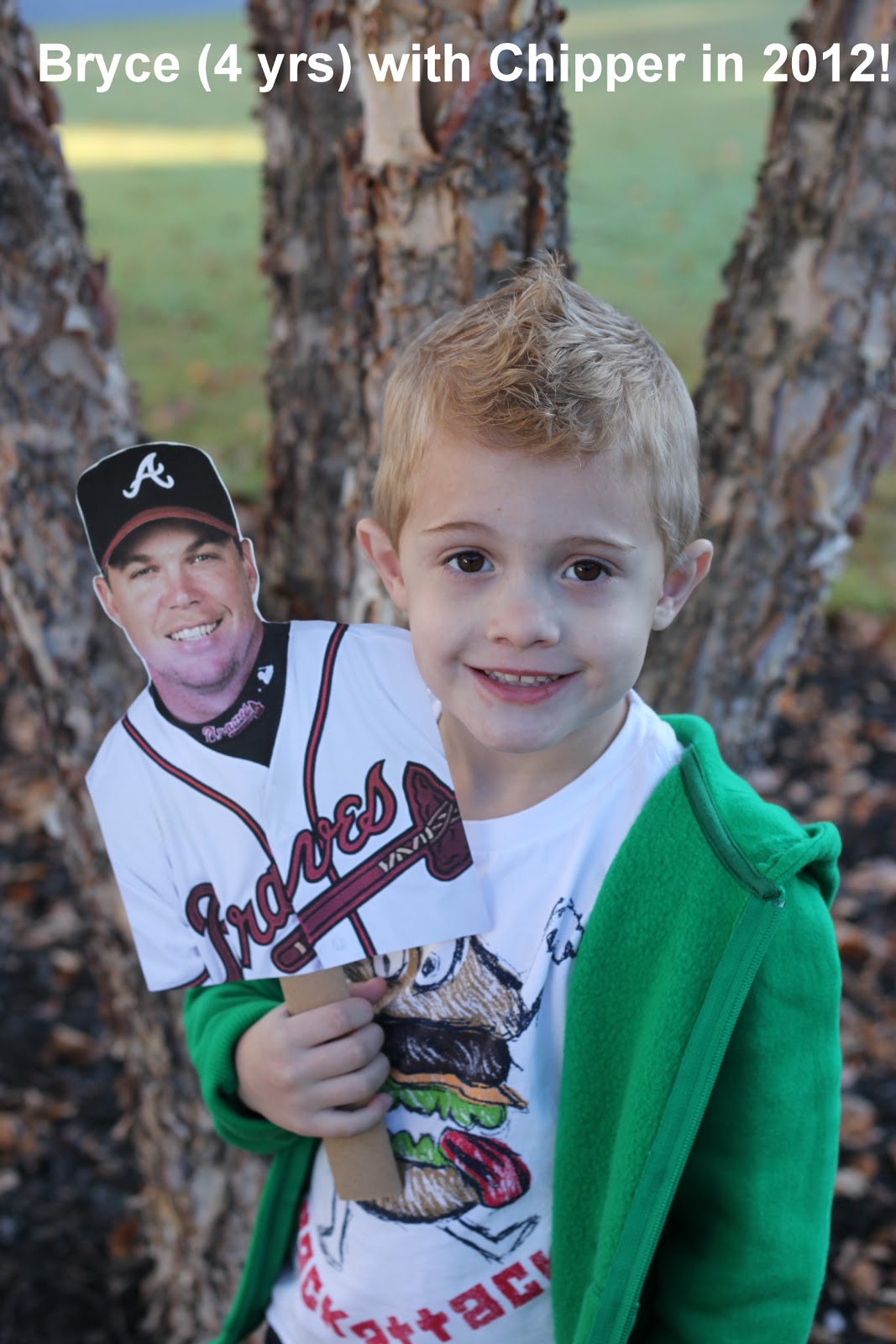 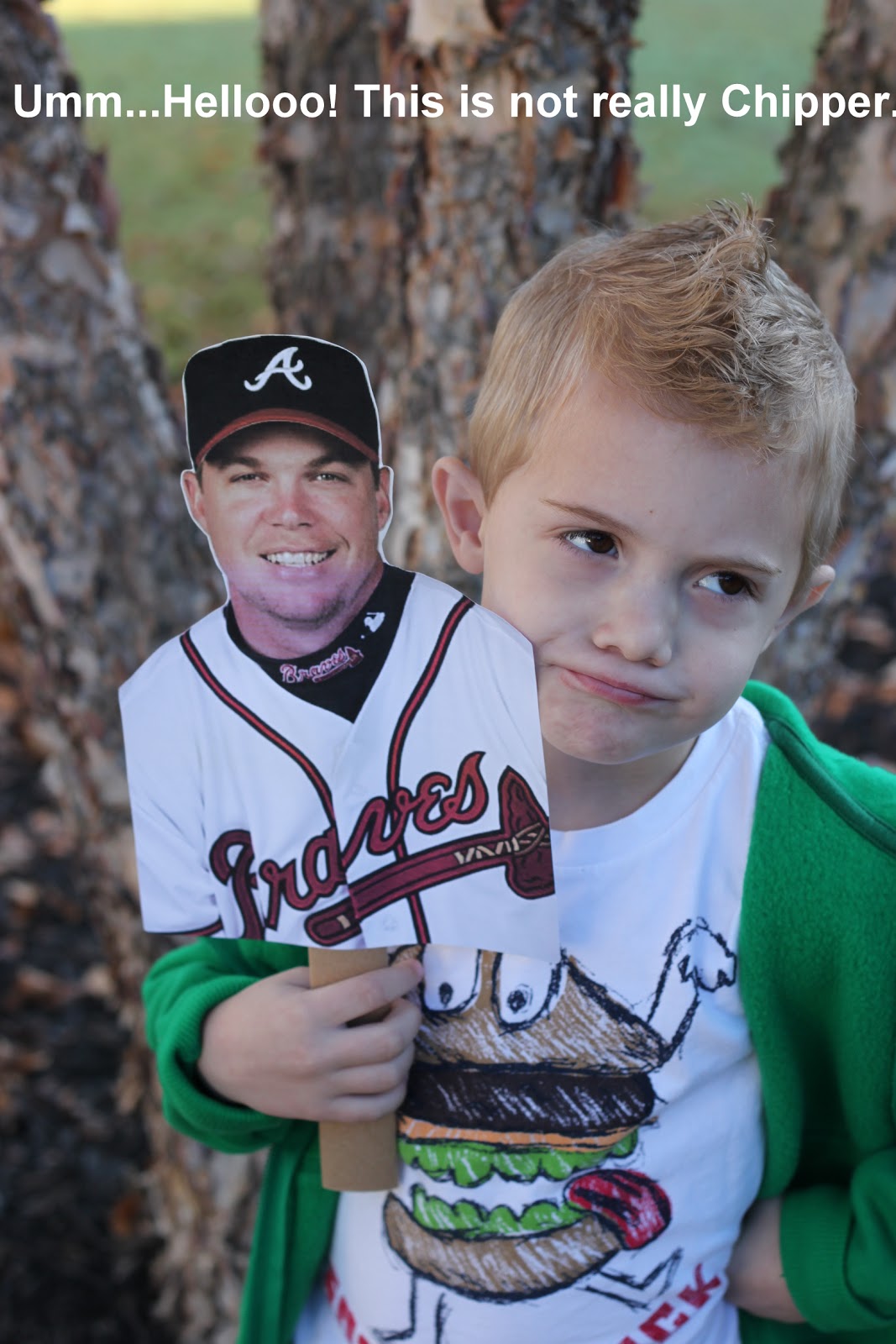 Thank Chipper Jones for supporting the CF community...
and for some really good Braves baseball!
We appreciate you!
Posted by Jen at 8:53 AM
Email ThisBlogThis!Share to TwitterShare to FacebookShare to Pinterest