On Monday May 4th (you know, Star Wars Day...May the 4th Be With You) Bryce and I headed down to CHOA for his 2nd clinic of the year. Bryce laid out of school since he has been sick all weekend. He ended up throwing up at field day on Friday so that kicked the weekend off with a bang! He felt fine on Saturday, but was back with fever again on Sunday. Turns out he had an inner and outer ear infection. 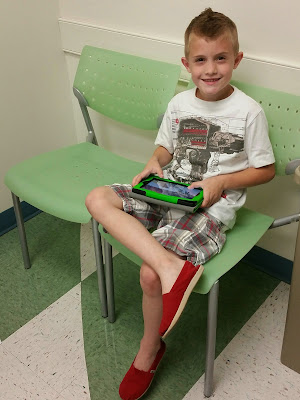 I rate this clinic in the just the okay range. Our boy has lost a pound since last clinic, but keep in mind that he was sick all weekend so I feel like that had something to do with it. Since he was down one pound that means he didn't reach his goal of gaining another pound and a half from last clinic so technically he has 2.5 pounds to make up before August. I'm pretty confident we can do that no problem. I have to call his nutritionist in a month with a weight check to see where he is at. Bryce did get taller so he is officially over 48" now! With the weight loss and the growth in height his BMI fell to 55%. We haven't been that low in a long time, but like I said we will make it up! 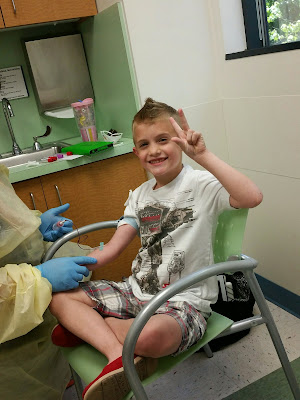 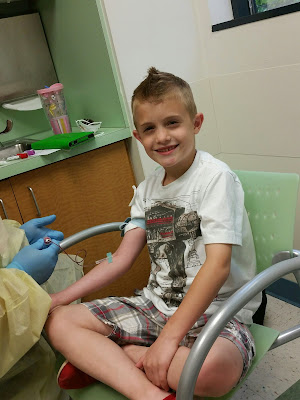 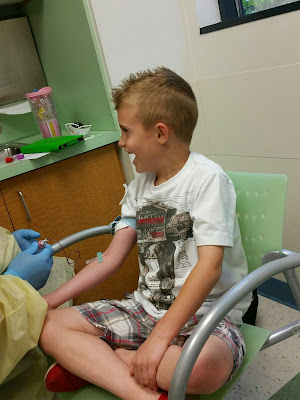 Lungs sound good. He does have swollen lymph nodes on the sides of his neck because he is a little drippy down the throat right now. The head congestion he has currently is minor compared to years past. The dark circles around his eyes aren't nearly as dark and his sinuses aren't nearly as clogged so thank you very much Kalydeco!! His PFT numbers are holding steady and he is getting a little better at the test. Emphasis on the little. ;) 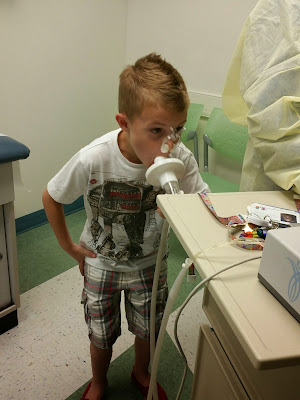 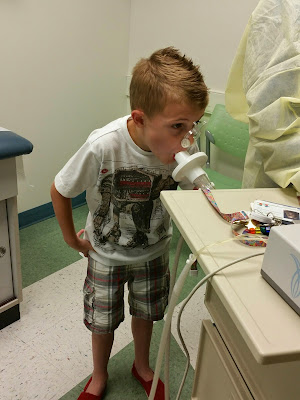 Bryce is going to participate in an enzyme study so he gave an extra vile of blood (they take 5 vile each clinic to monitor how he is doing on Kalydeco) and coughed up an extra loogie for that. He has a cough that started Sunday night so coughing up some junk was no problem for him. I know it's gross, but it was also exciting because this is the first time he didn't have to get his throat swabbed for a culture. He coughed up some goop twice and spit each of them into cups so they will test that verses the cotton swab they normally take. He was pretty excited about not having to have the culture!

I am happy to say Bryce is back to his energetic self and his ear is feeling much better. He is back at school today and I am working hard to get some things accomplished while I am sans kids. Just a reminder that we are 11 days away from the Great Strides walk in Atlanta. Team Bryce Bryce Baby is ready for this fun event, BUT we haven't reached our fundraising goal of $10,000.00 yet. We are about $2000 short as of now. If you want to help us out we would definitely appreciate it.
Click HERE to go to our Team page.

Over the weekend the Joneses experienced something new. For the first time ever the kids were in 3 different states at one time. Bryan had a beach volleyball tournament down in Gulf Shores over the weekend so he took Jordyn with him to the beach. It was a nice father/daughter time for them and from the looks of the pictures he kept texting me they had a blast. 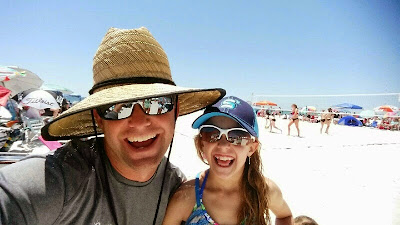 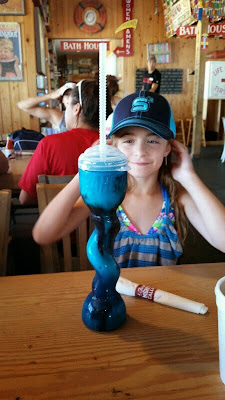 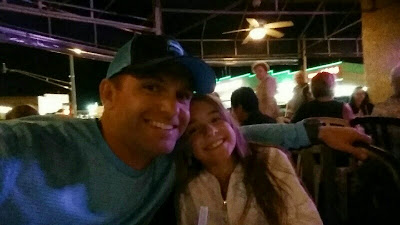 I took Sydney to Chattanooga for her very first overnight soccer tournament. The girls lost all 4 of the games they played, but they played their hearts out. The other teams we played were pretty amazing so although our girls lost, they never gave up and fought through all the games. They lost with grace and I think the tournament was a great learning experience. I really enjoyed having my little lady all to myself and I enjoyed hanging out with all of the parents. It was a fun weekend for the girls and the parents. 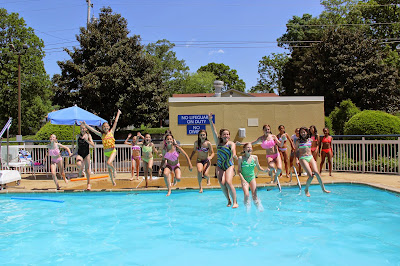 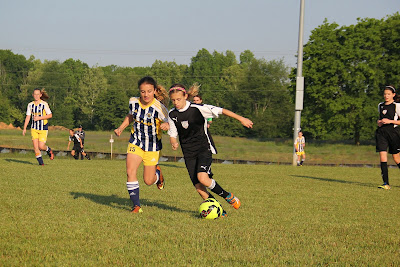 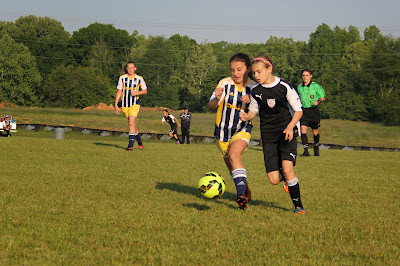 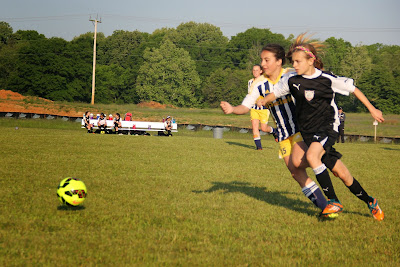 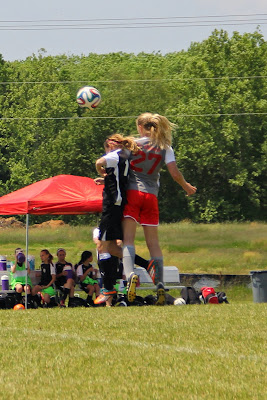 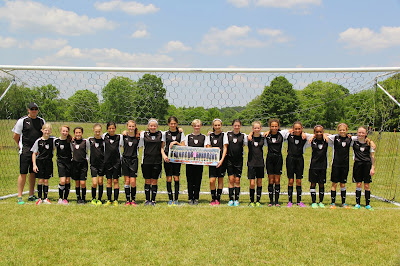 So while the girls were in Alabama and Tennessee, Bryce stayed here in good old Georgia. He woke up Saturday feeling pretty good and wanted to play in his soccer games. Lucky guy ended up having all 4 of his grandparents come to watch his games! After soccer he went back to Cece's house and took the first swim of the season in the pool. Sunday he woke up with a fever and was crying in pain saying his ear hurt so off to the Minute Clinic he went. After his doc visit Cece got antibiotics and ear drops in him right away to get him feeling better. Thankfully he is back to himself and back to school today! 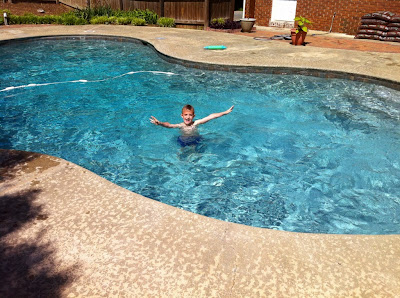 Posted by Jen at 4:23 PM
Email ThisBlogThis!Share to TwitterShare to FacebookShare to Pinterest