Off to CHOA Bryce and I went for his 3rd clinic of the year.
Clinic went well and we have only good news to report. 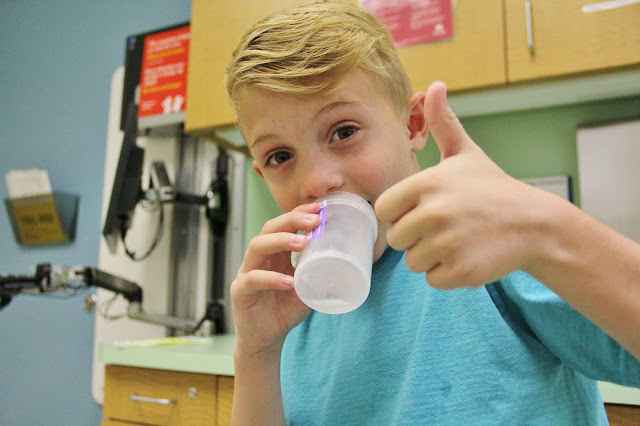 Working up a loogie (sp?) for his culture! 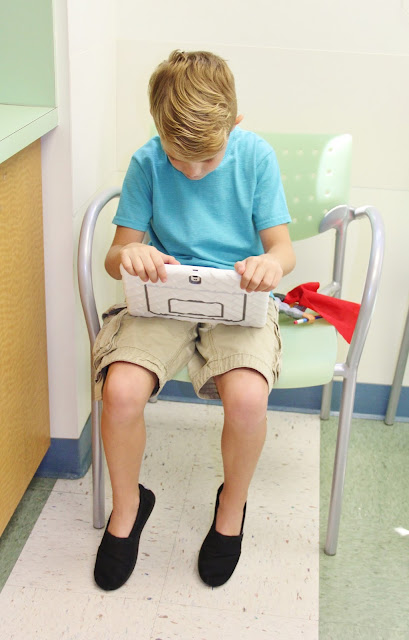 Bryce's height is 49.61" and his weight went up to 56.43 lbs so we beat our weight goal by over a pound!. Last time we didn't meet our goal and were shy by 1 pound so I was thrilled to hear we picked up some weight. He is up to 66% BMI. Holla!! Nothing is changing on his enzyme or diet front. I feel like we have found our groove in the food department lately as Bryce has really opened up to branching out in his food. I won't say it's perfect everyday, but it is so much better than it was. His appetite has increased as well so when he does sit down to eat he is eating more food. I've even had him ask for seconds, which I happily oblige. 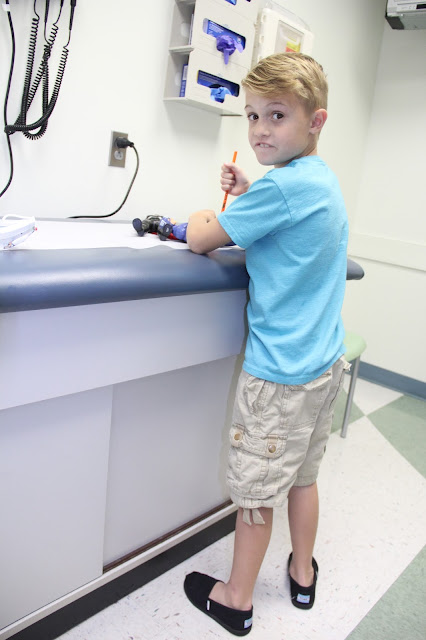 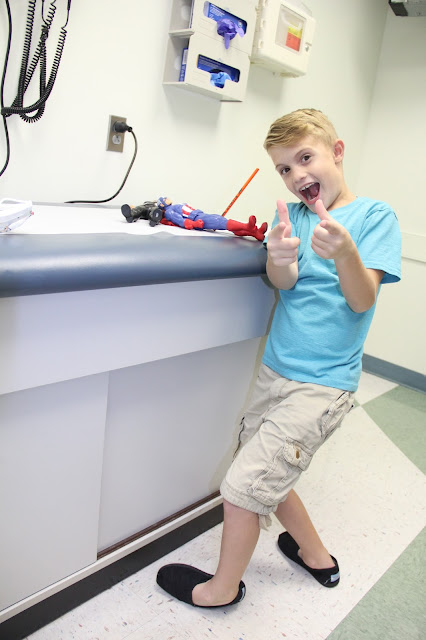 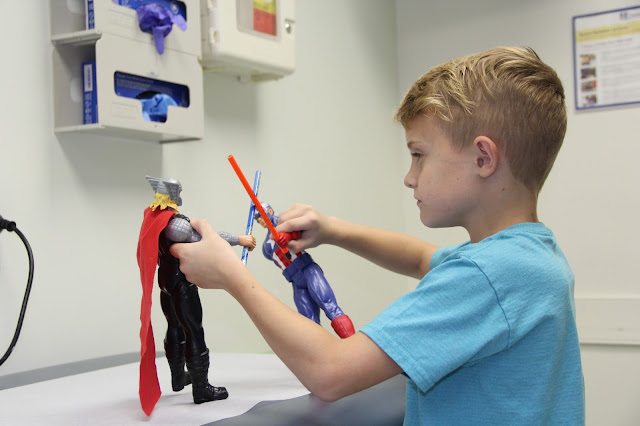 PFT's were right at 100%. I really feel the true number is higher than this, but he just does not get how to blow into this machine. They keep telling me he will get it, but I sometimes have my doubts. We have been at this for going on 2 years now and he still has trouble doing it. He seems to focus too much on the birthday candles he is trying to blow out on the computer screen than the actual process of taking a deep breath and blowing the air out until his lungs are empty. He always acts silly like it's party time and it drives me crazy. It's so Bryce!! I am thankful the respiratory techs are patient with him...and with me!! 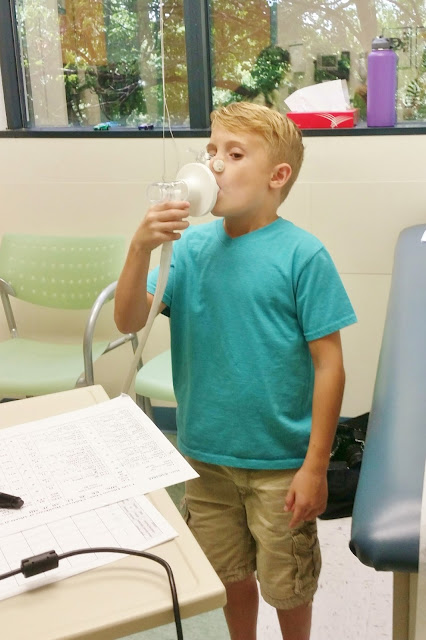 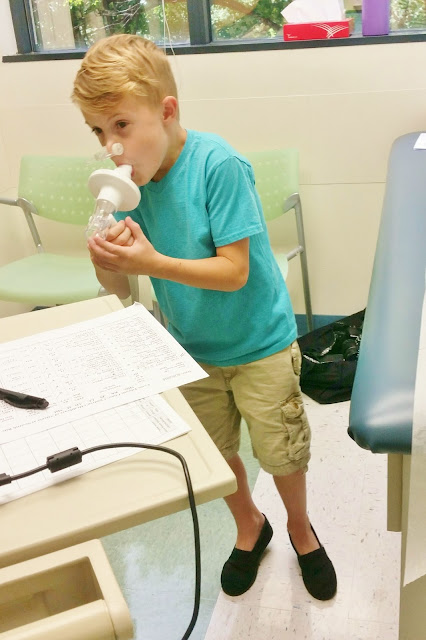 He had blood drawn again. They were rechecking his liver enzyme levels and I believe this was the last blood draw for his first year of being on Kalydeco as well. Since starting Kalydeco he was getting blood draws at every clinic. The research team has taken advantage of this and takes a little blood from his as well. I think this may go back to once a year now or it might be twice a year. Either way he is a champ at blood draws. I'm proud of him for being so brave. 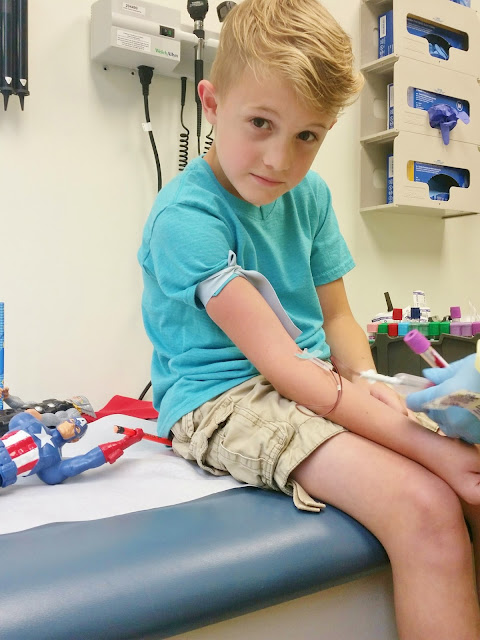 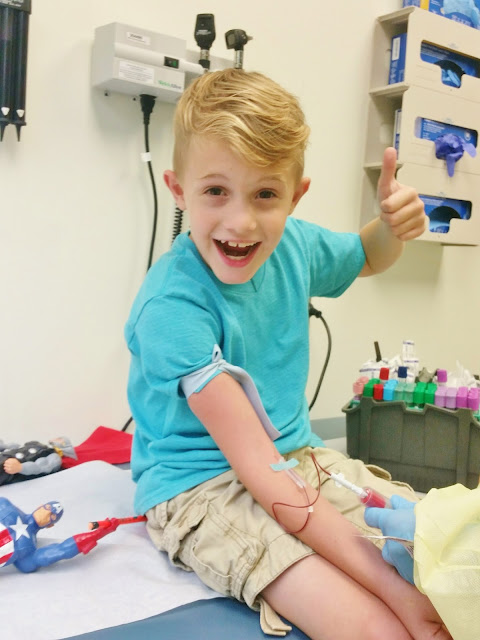 Nothing to change as of now. We will just keep trucking along like we have been. We will take uneventful clinics any chance we can get. As always, thank you to everyone for following Bryce's progress. Thank you for supporting us and for praying for his health. Bryce has been blessed with such health so far and we do not take this for granted. Our next clinic is early November. He has X-rays scheduled for then. I am always curious to see what exactly is going on in those beautiful lungs of his. 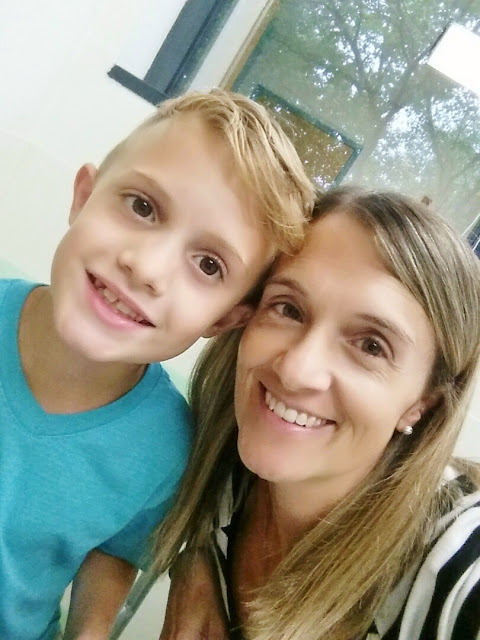 Posted by Jen at 8:20 PM
Email ThisBlogThis!Share to TwitterShare to FacebookShare to Pinterest