Bryce's writing prompts for the year came home yesterday. He has really improved his writing this year and I thought this particular writing was share worthy.
I've typed it just like he did. 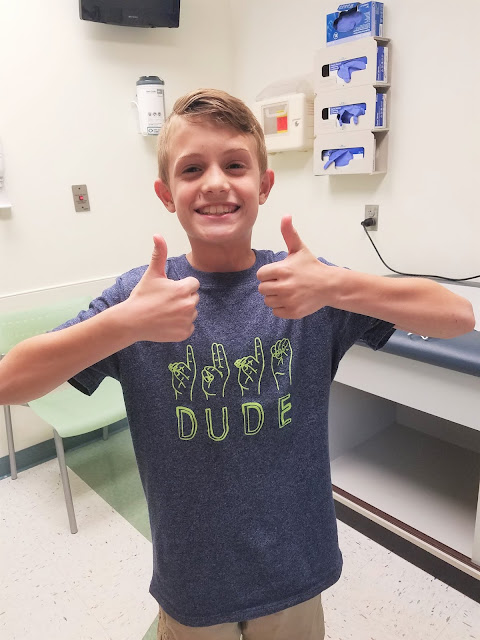 My name is Bryce. I have a disease called cystic fibroses. This disease is where yucky mucus is in my lungs and is sort of hard to. Also, I get sick really easy. Some kids with this disease can't even get out of bed. Cystic fibroses isn't something you catch you are born with it. People don't know I have this disease because I look like a normal person. I can't be around people who have this disease. I have to take pills before I eat to match my calories. I take more than at least nine pills every day! Even before snacks! You don't know what it feels like unless you have this disease...anyways I haft to take this fest. It's where this thing shakes me and tries to get out the mucus in my lungs. I also take a Nebullizer. A Nebulizer is this thing that goes in my mouth and has liquid in it. Then it makes it air and you can see it. Then I need to breath it into my lungs and makes the mucus in my lungs easier to get out. That is what life is like for me. 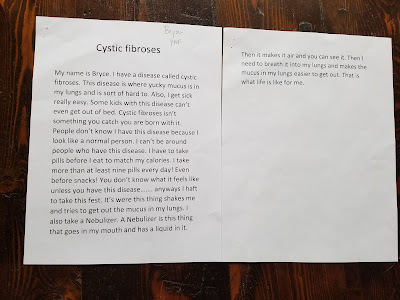 As Bryce gets older he has been taking more responsibility in managing his care. I don't stand over him every day for his treatments and medications. He knows the schedule, he knows what to do and he does it. Are there times when he protests. Definitely! He would much rather sleep in longer on school mornings or stay outside in the evenings playing with his friends, but instead he heads inside for treatment time because he knows it's what he has to do. We have always made his treatments priority within our daily schedule. As Bryce slowly starts to take over the reigns of his care, he knows to make them a priority too.

Here are a few photos from Bryce's August clinic. Overall it was a great clinic. He is still in the "yellow" zone for weight as his BMI is well below 50%, but he did reach his weight goal this clinic so that is a step in the right direction. His PFT (lung function) numbers were the highest he has ever blown. He nailed the technique. Dare I say he finally has this PFT thing down pat? 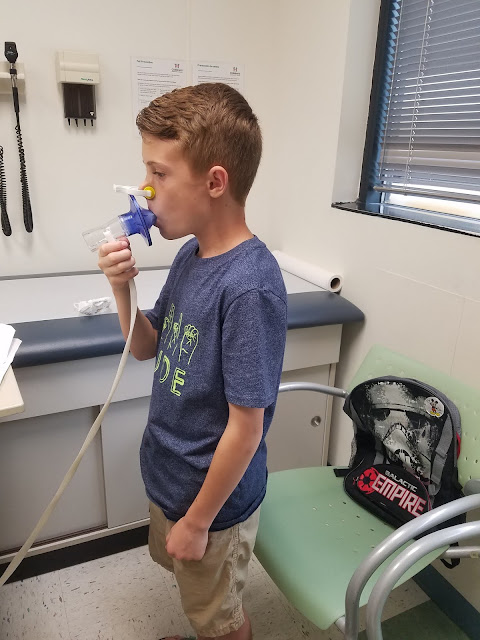 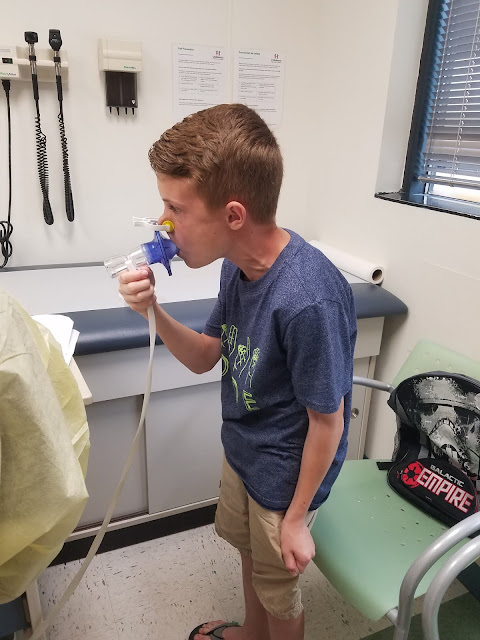 Look how hard he is blowing. It's not easy!!

Here's a short video of him doing PFTs. He takes a deep breath in and has to blow air out for 6 seconds before he can breathe in again all while keeping his lips sealed around the mouth piece. His respiratory specialists are very encouraging as you can hear! 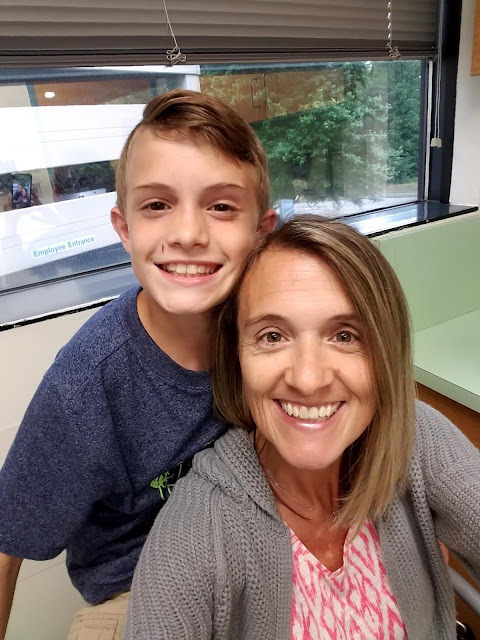 The day after clinic Bryce was once again the CF representative at a golf tournament sponsored by Georgia Tech Housing that benefits the CFF. Bryce has been attending this event for years; however, this is the first year that Bryce played in the tournament! Bryce, Bryan, Joey and Bryan's friend from UGA, Mark, along with his daughter Cameron were on a team and they had the best time. Notice how all the guys are rocking their Dawg colors for the occasion! Thank you GT Housing and to the Georgia CFF for inviting Bryce to participate in this event each year. He really loves being a part of the event...Yellow Jackets theme and all! 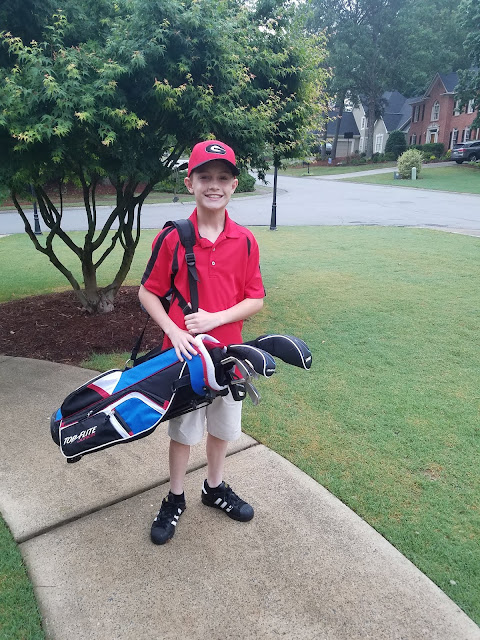 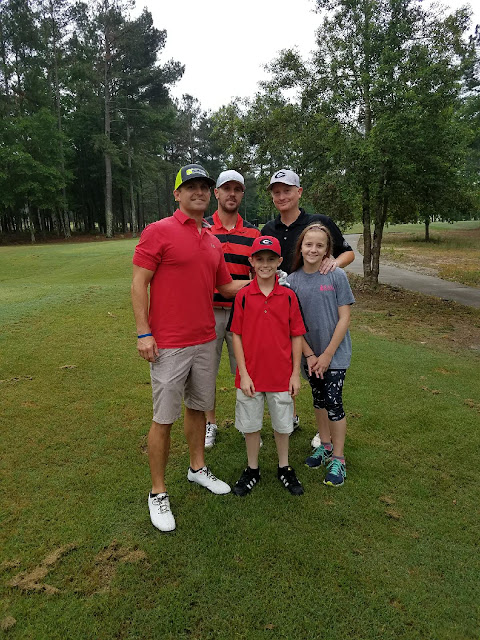 If you would like to donate to our Great Strides fundraising efforts you can do so by clicking HERE. We weren't able to walk this year due to our crazy soccer and volleyball schedule, but our schedule hasn't stopped us from fundraising!

Posted by Jen at 2:22 PM
Email ThisBlogThis!Share to TwitterShare to FacebookShare to Pinterest