April was of course filled with lots of soccer as usual. Bryce was doing keeper things in goal. His team had one of the better seasons they have had in a few years. I so enjoy watching him do his thing. 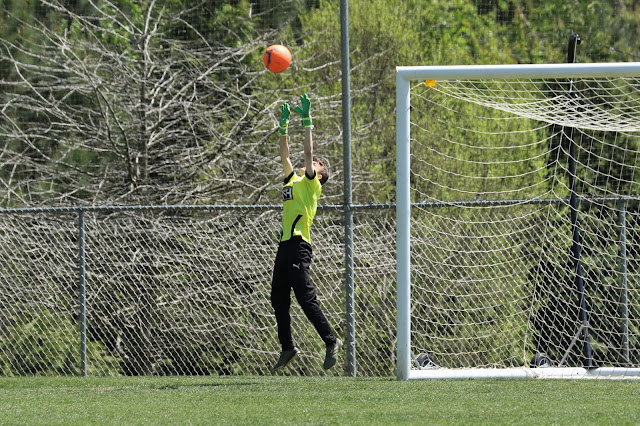 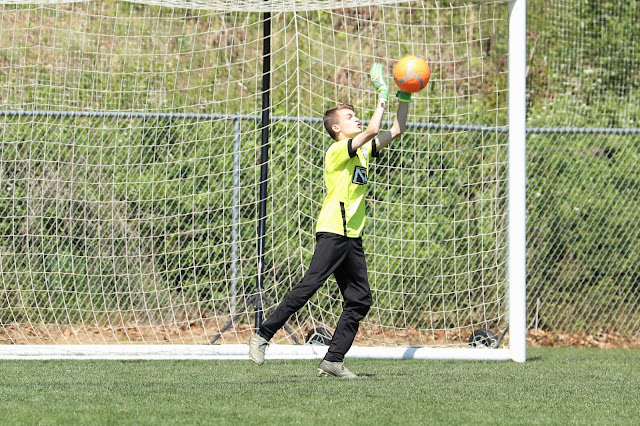 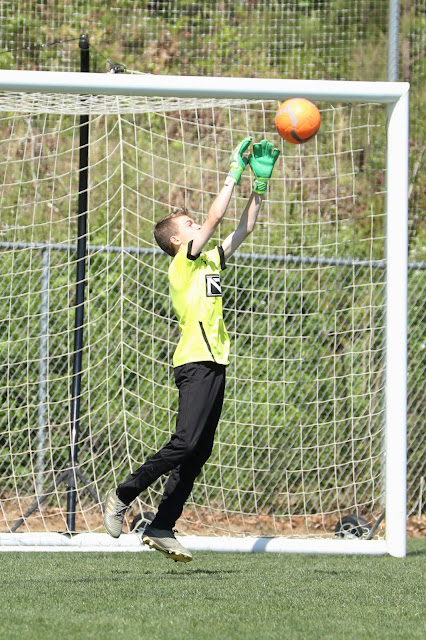 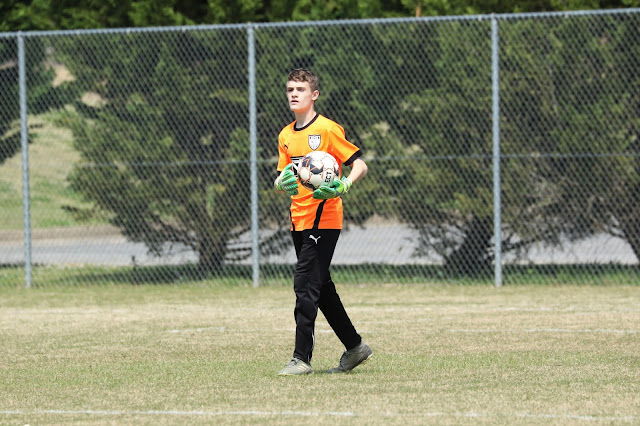 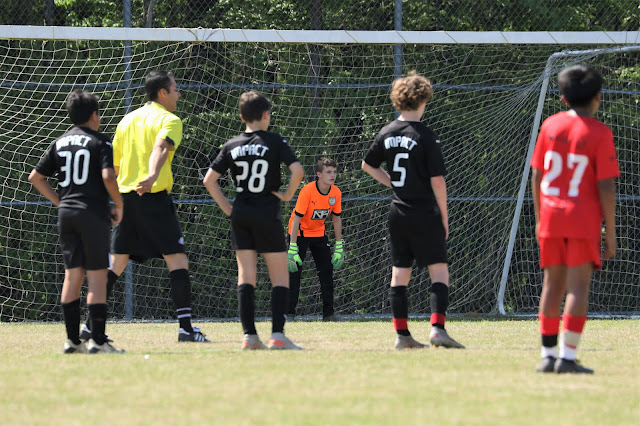 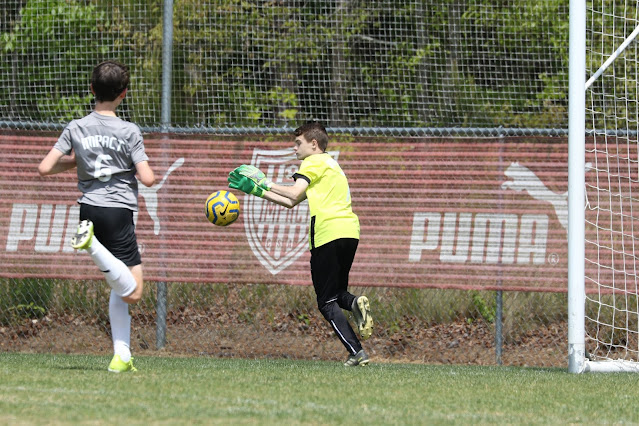 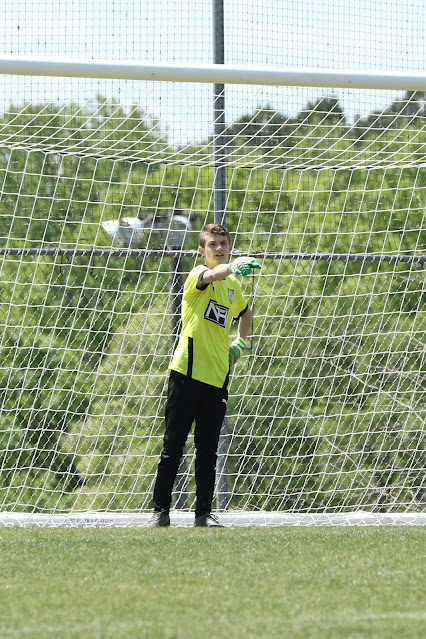 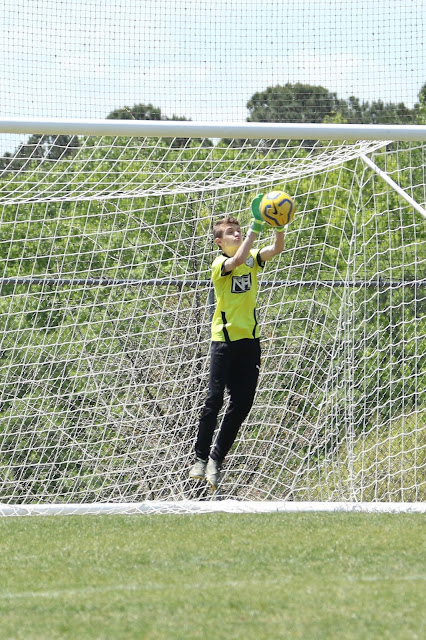 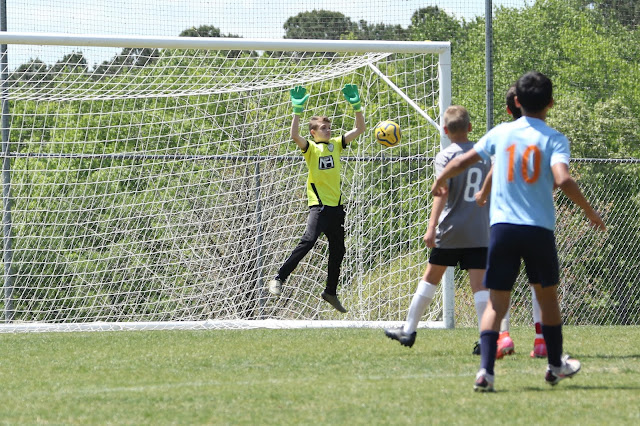 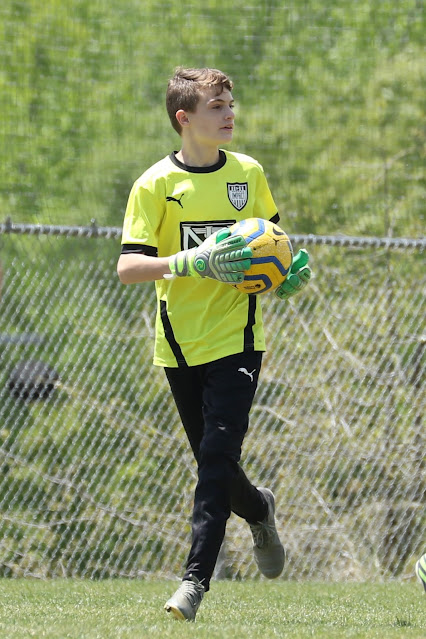 The girls Etowah season ended in April. Sydney sweeet talked herself into getting "cleared" for the last 2 regular games of the season. Her Dr. okayed her to play a month early than he usually preffers ONLY if she played minimal minutes with trainers keeping an eye on her. She played about 5 minutes in one game and 12 in the last regular game. It wasn't much playing time, but she was excited to be on the pitch to round out her Senior year.
Bonus: Etowah made it to the first round of state playoffs and Sydney ended up playing almost the entire 2nd half of that game. I was not expecting this at all so when she was called on the field I immediately was filled with nerves, but she played so well. They lost the game, but it was a great way for Syd to end her high school soccer career. 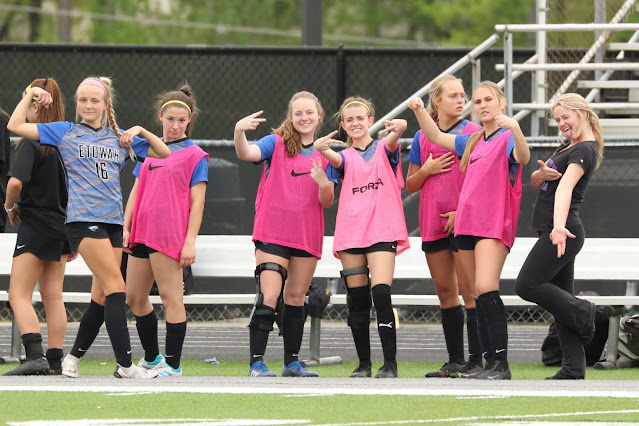 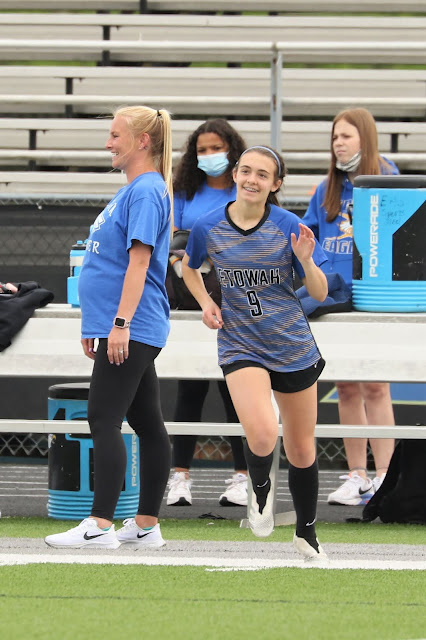 Jordyn getting called onto the field as a starter. 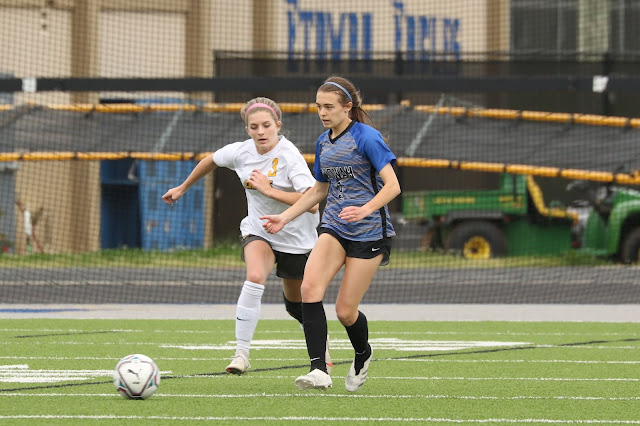 These 2 are club teammates. Fun to see them play against each other. 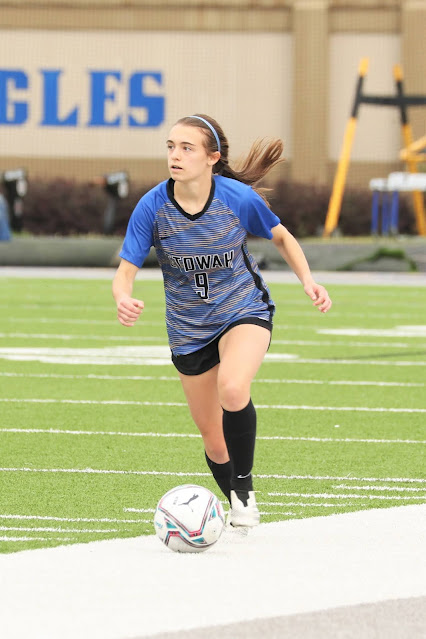 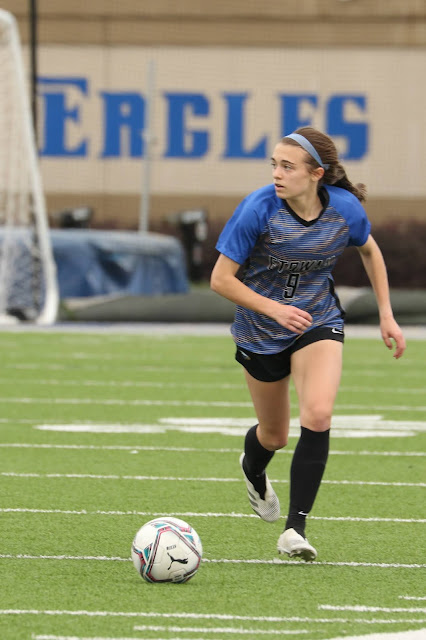 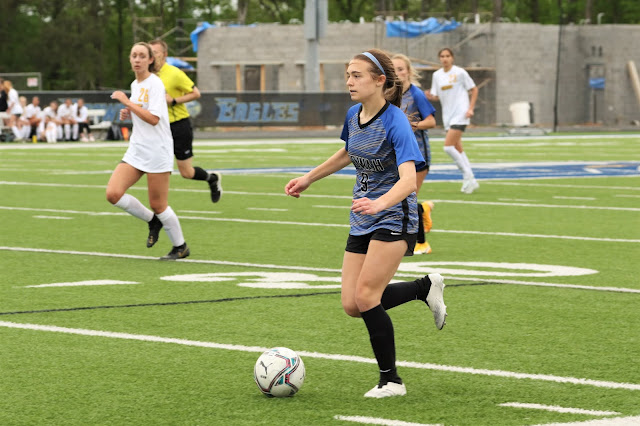 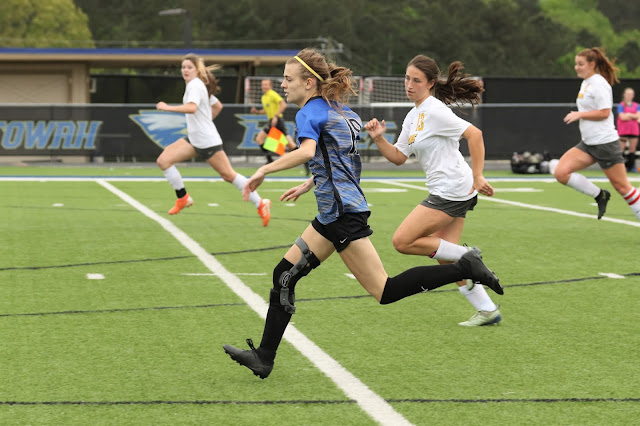 Ladies and gentlemen...Sydney is on the pitch! 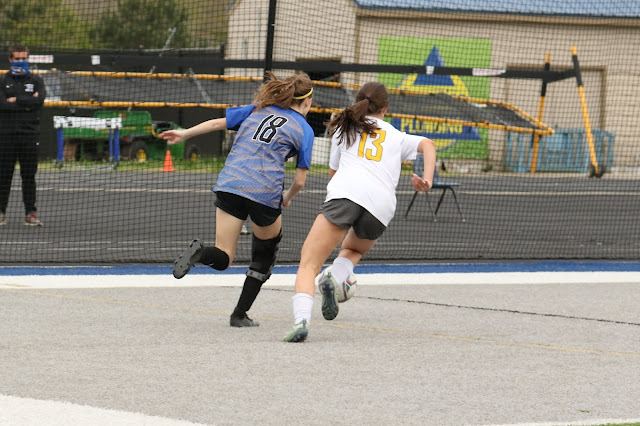 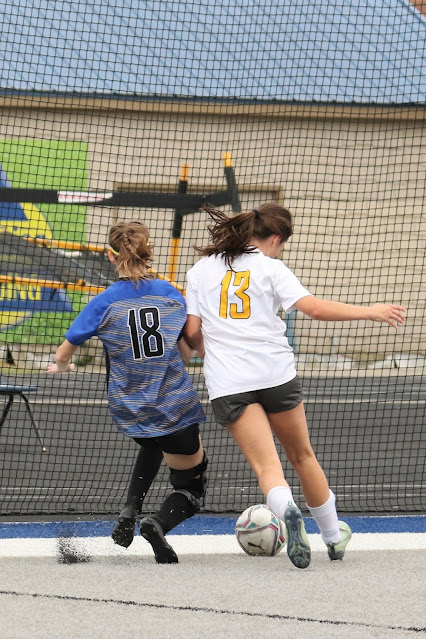 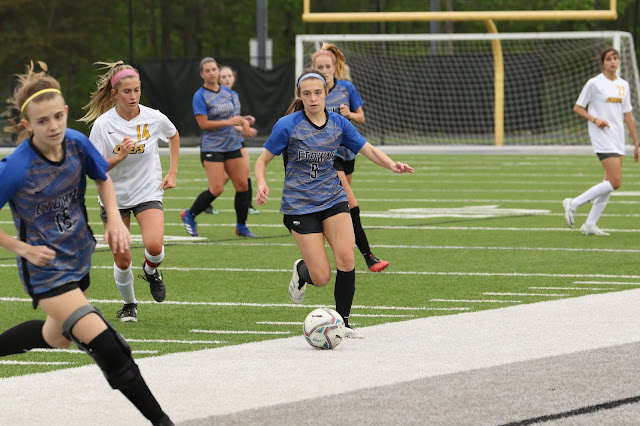 I waited years for this moment. Both my girls on the field at the same time. Jordyn is working the ball towards the sideline so she can feed Sydney a "through ball". As you can see Sydney is starting to make her run. Sydney's favorite passes to play are through balls. Her sweet spot on the field is the left wing position. I will so miss seeing my girl play soccer. It has brought me so much joy over the years. 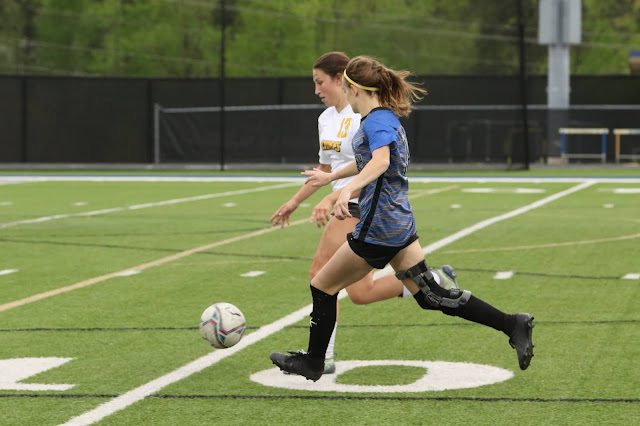 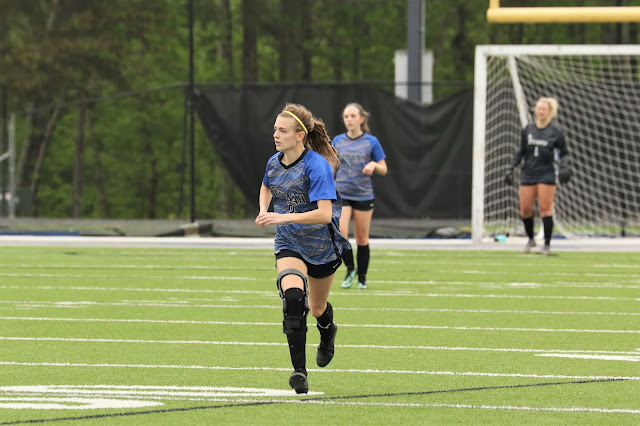 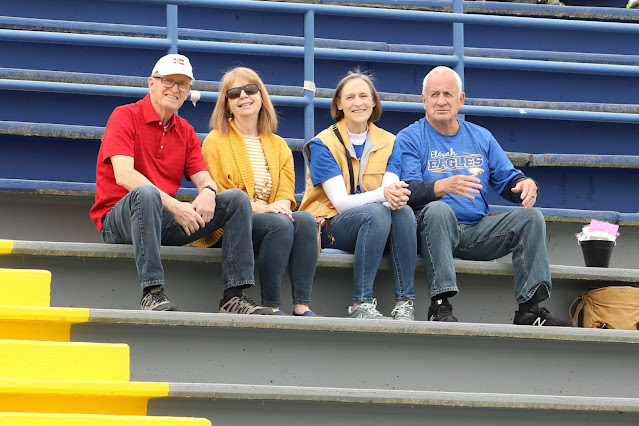 The grandparents watching the girls from the stands. 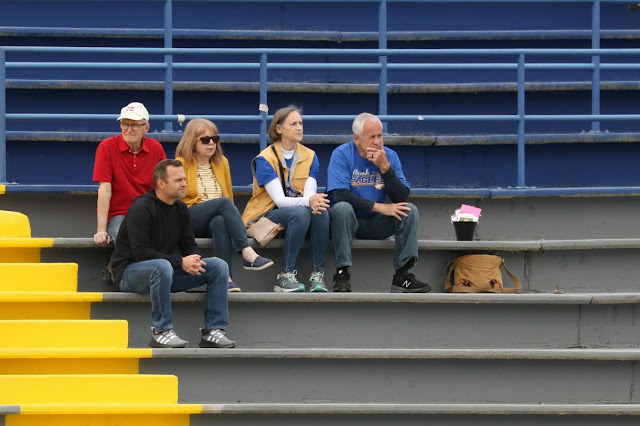 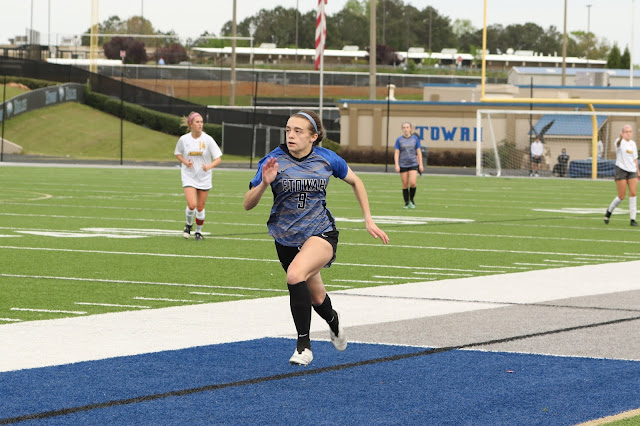 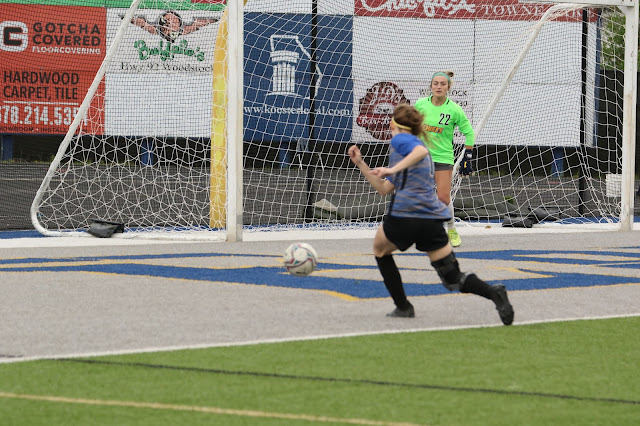 Sydney making a shot on goal. 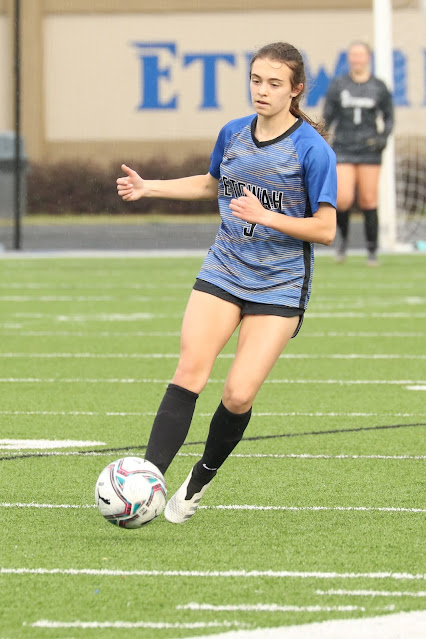 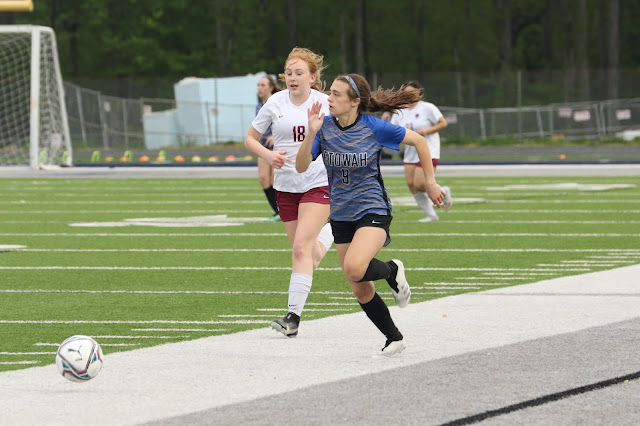 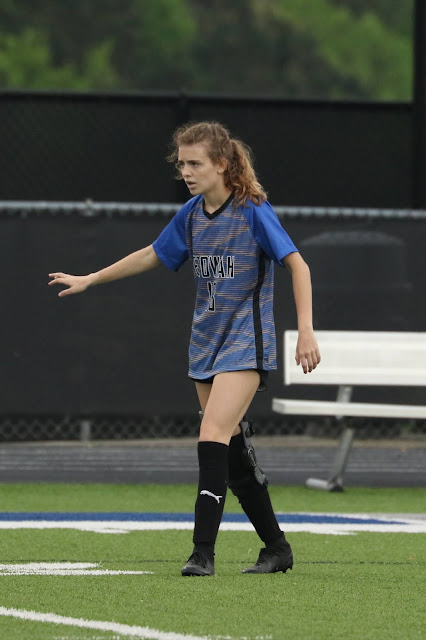 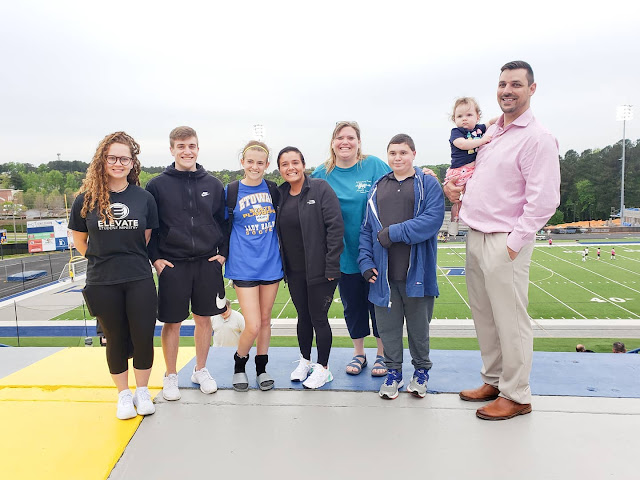 I love this photo. These are just some of the physical therapist and techs from Georgia Physical Therapy that have helped Sydney through rehab the past 2 years.  They came out to watch Sydney play after she was cleared. They are the best of the best and we are so thankful for everything they have helped Sydney work through.
Posted by Jen at 1:45 PM
Email ThisBlogThis!Share to TwitterShare to FacebookShare to Pinterest