The Fall soccer season was a bit crazy as usual. Jordyn didn't have as many games as usual now that she plays at the NL level (National League). Bryce played for his usual Elite team, but also helped out the Premier team so he was doing double duty...sometimes playing with each team on the same day, but in two very different locations. The amount of driving we did was ridiculous I must admit.

Jordyn's team didn't have the best season and it wasn't for lack of talent on the team. They are a very good team, but Covid illnesses got in the way as well as injuries. Jordyn actually missed the pre-season tournament and the first two games of the NL season due to having Covid back in August. She never felt sick. She never had a fever. She had a little congestion so when she tested positive two different times we were really surprised. Mid season her team traveled to South Carolina for some games and then traveled to Orlando in December for an NL College Showcase at the ESPN Wide World of Sports. It was a nice get away to some really warm weather and a trip to Disney Springs. There are still two college showcases left in the season - one in January that is here in Atlanta and one in Tampa. We decided not to send Jordyn to Tampa for reasons that have nothing to do with her and I'll leave it at that.

Bryce's Elite team had a great season! Actually this was their best season yet. It was really fun to watch things start to click for this group. They have really worked hard the past 3 years and that hard work started paying off this season. They ended 3rd in their division so that was very exciting for them. We are looking forward to seeing what they will do this Spring season. The Premier team did pretty good too, but the best part of Bryce playing with them is he got some field time in. He is strictly a keeper on the Elite team so it's nice to see him play other positions on the Premier team. With that said... I am not sure we can keep up the playing on both teams for another season. That was a huge time commitment so not sure if we will do that this again this Spring.

Here are photos from the entire Fall season. Not in any particular order, but just photos that I like. 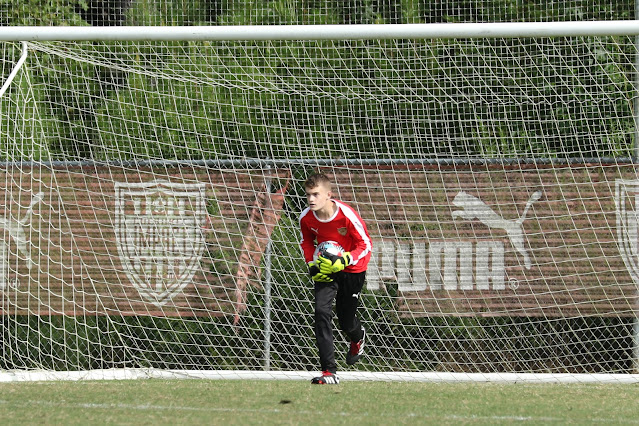 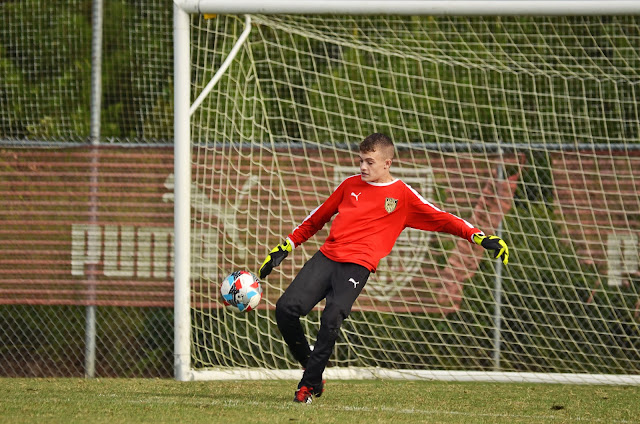 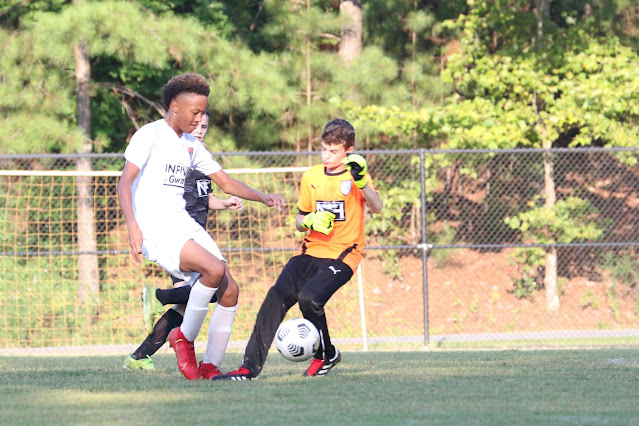 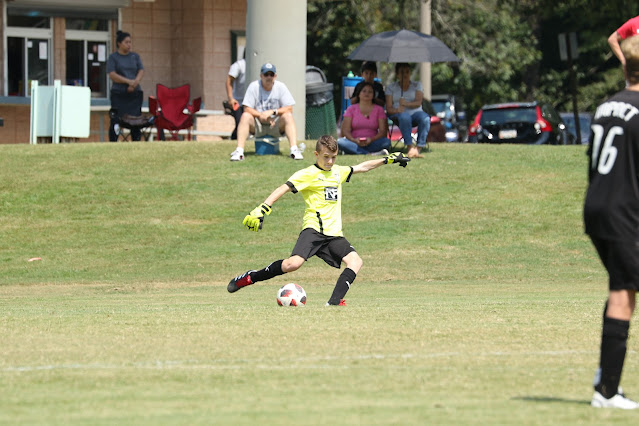 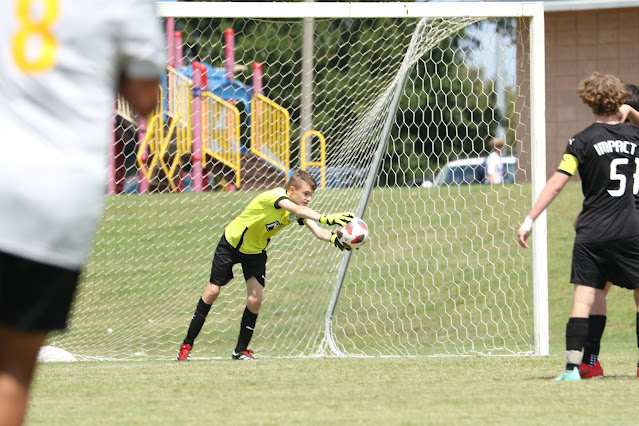 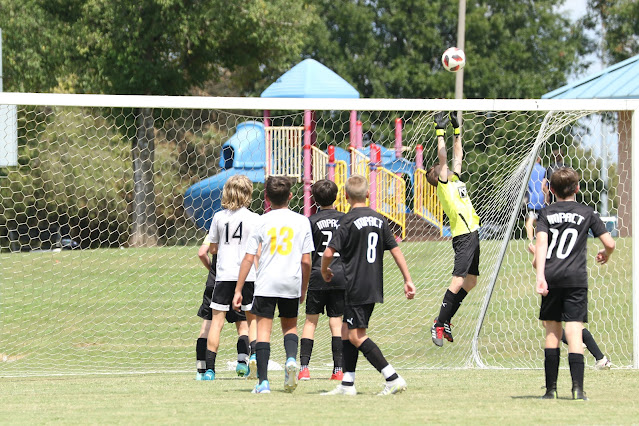 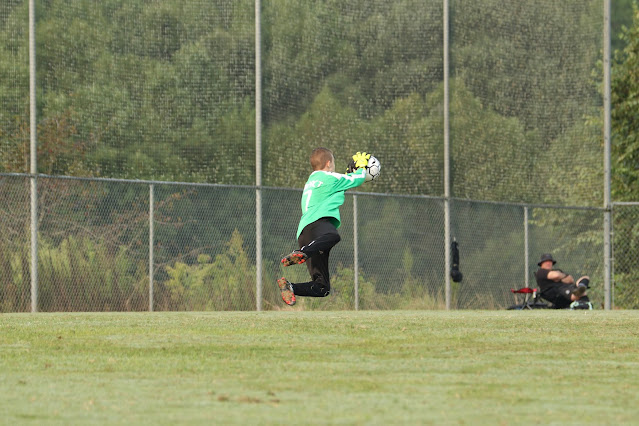 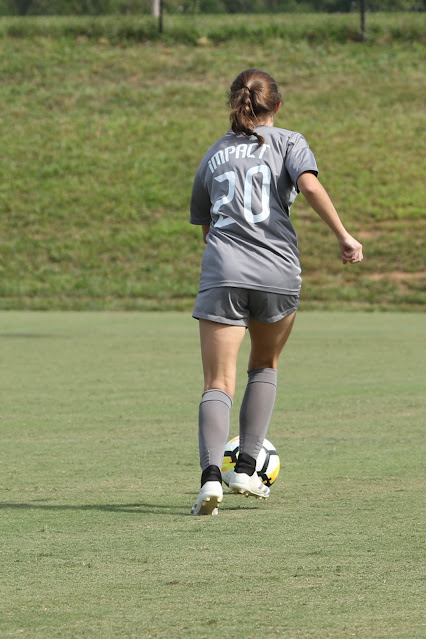 I love the next series of photos...Jordyn had two players on her and pulled away with the ball.
Well done! 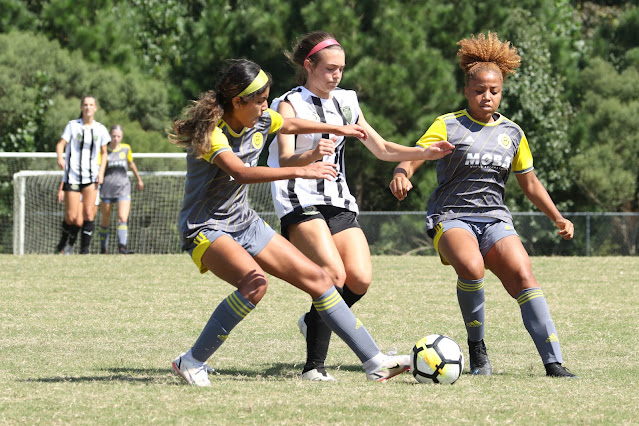 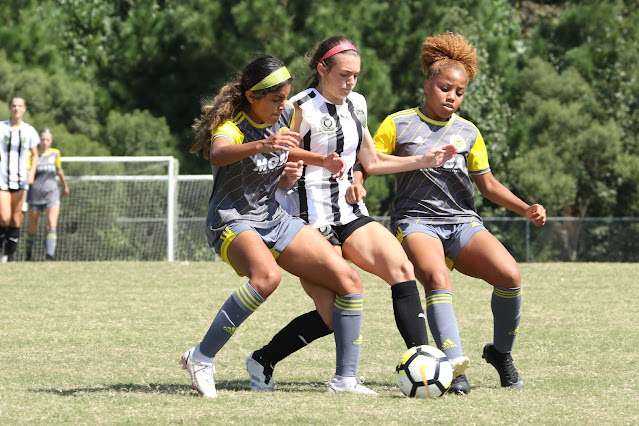 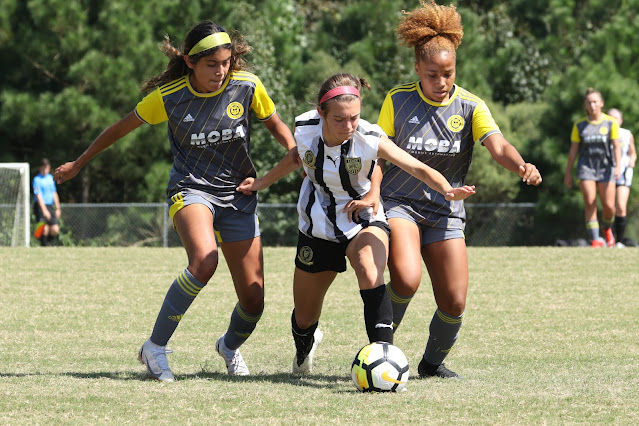 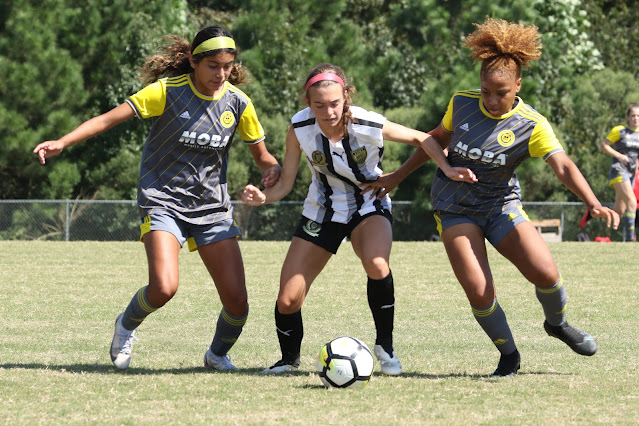 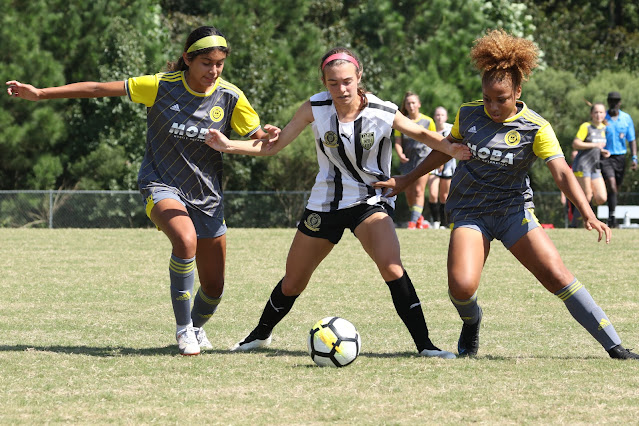 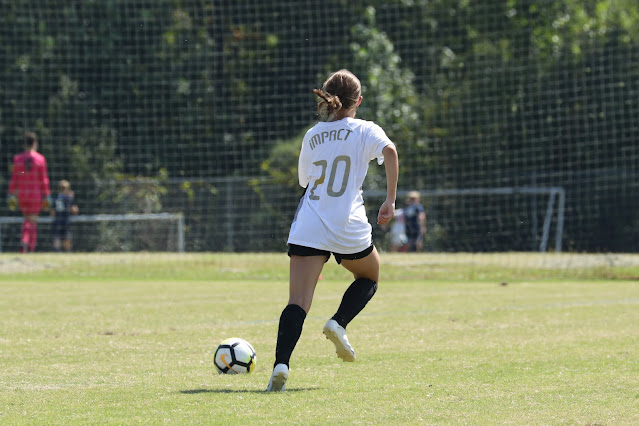 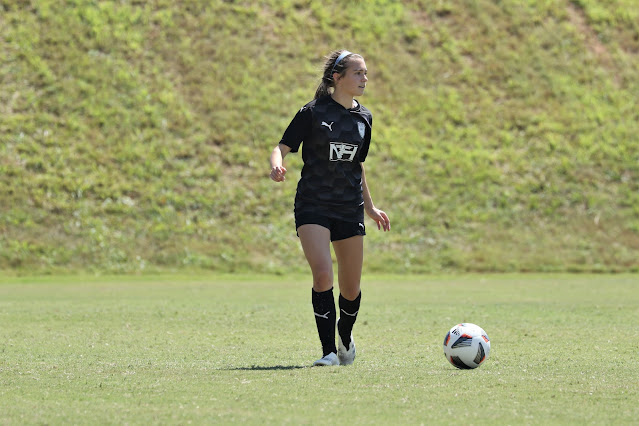 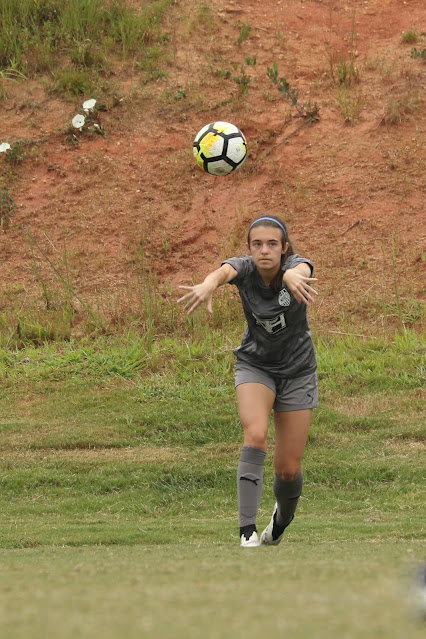 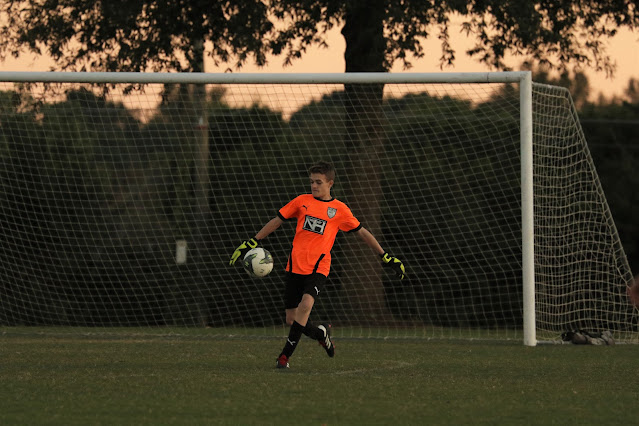 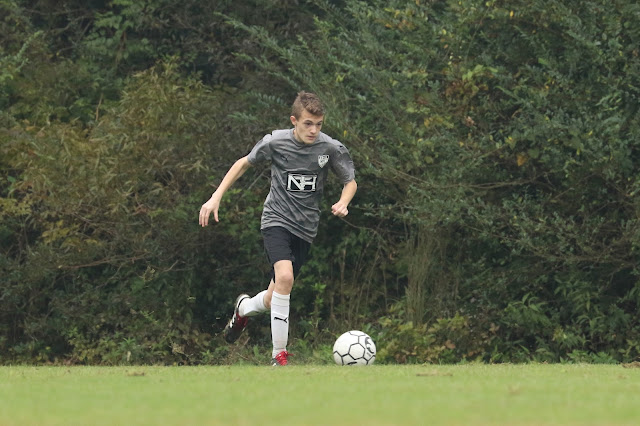 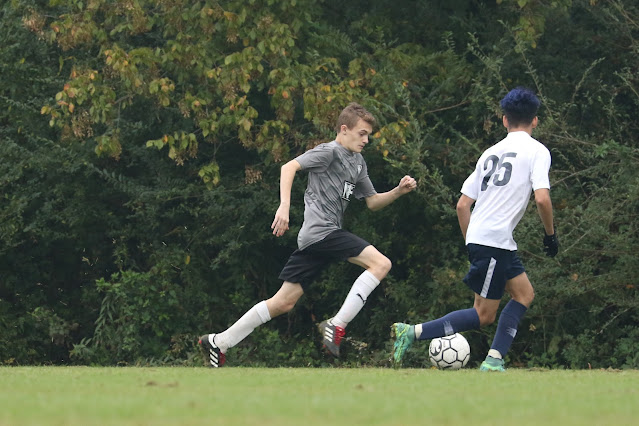 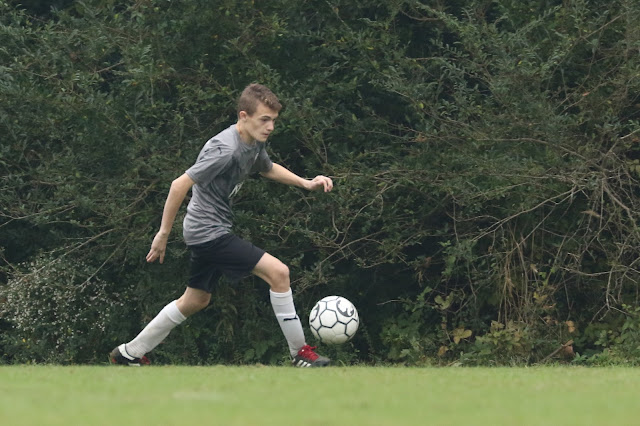 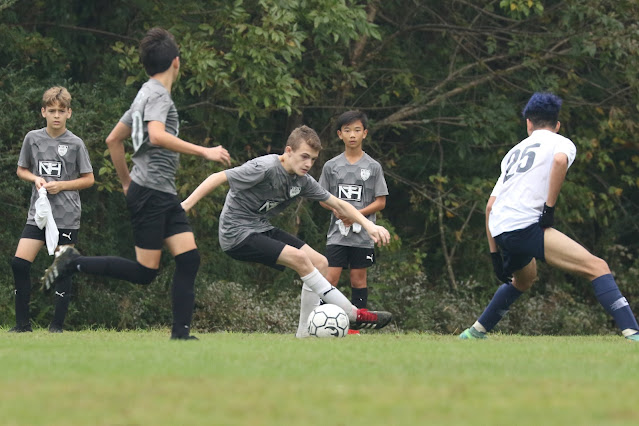 My guy can play field and keeper. Way to go Bryce! 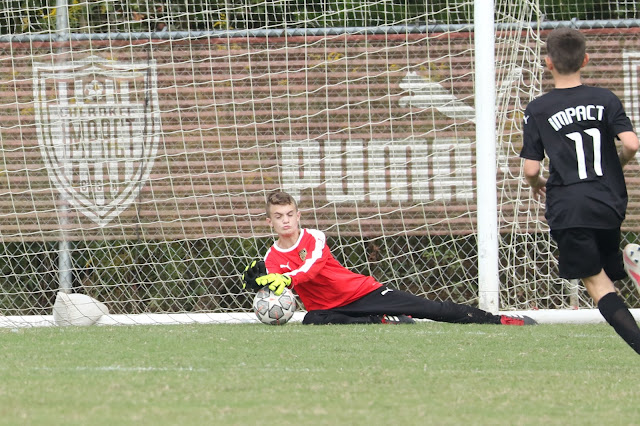 This is what he is best at though. Keeper for life! 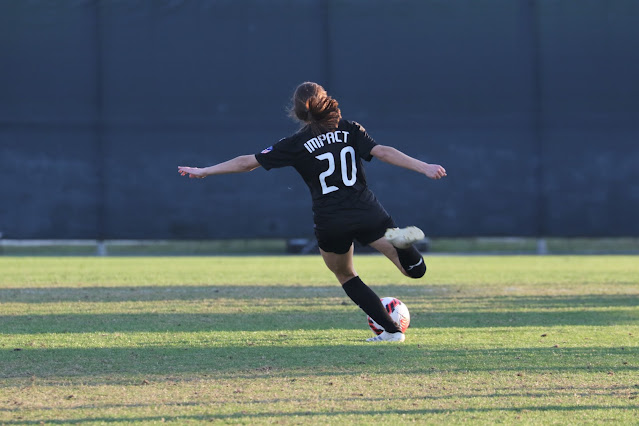 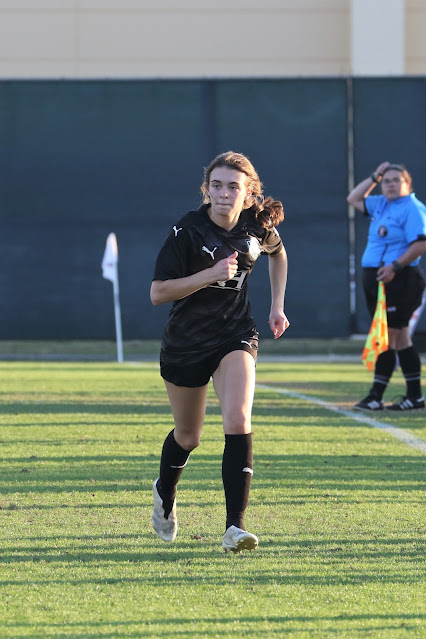 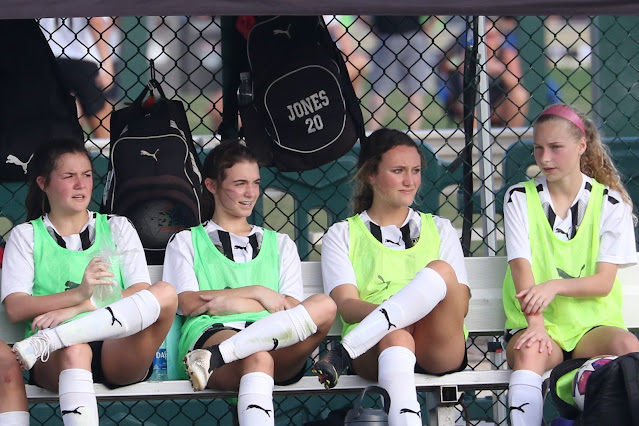 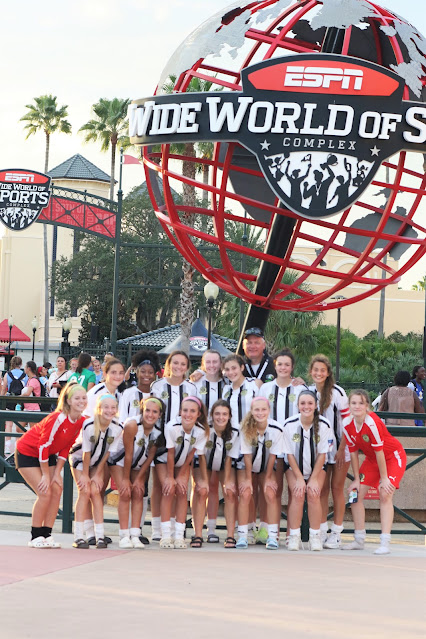 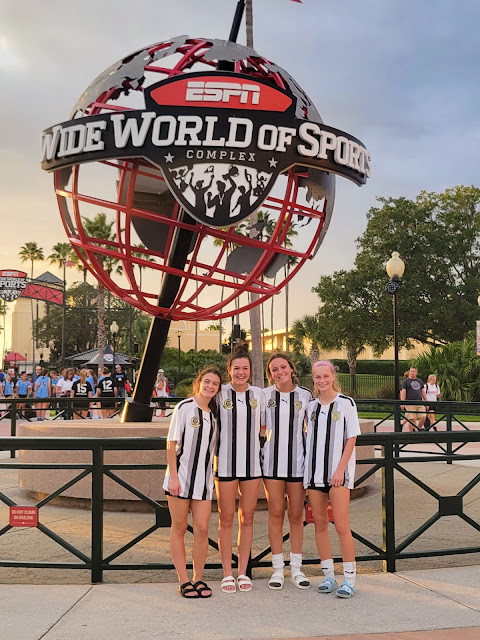 Bryce is currently playing middle school soccer AND doing some Winter training with his club team. There is little time off with soccer these days. His club team is back full time at the end of January and will have a pre-season tourney in February. Spring season games start in March. Jordyn is still working out with her club team getting ready for the college showcase at the end of January. High School tryouts are THIS WEEK with practices and games starting next week I believe. I'm looking forward to the High School season for a few reasons: It's a different vibe than club season. It's a fun change of pace for Jordyn and she gets to play with some of her friends that play for other clubs. And I get to hang out with some of my favorite soccer moms so it's really a win-win for all of us!
Posted by Jen at 3:46 PM
Email ThisBlogThis!Share to TwitterShare to FacebookShare to Pinterest