Bryan's school participated in a fundraiser for the Cystic Fibrosis Foundation called Cure Finders. Schools compete against each other to see who can raise the most money. The top fund-raising school gets a visit from Chipper Jones (Atlanta Braves #10...duh!).

Well...Bryan's school won!!! The Cure Finders fund raising campaign brought in $25,000 for the CFF with $6000.00 of that being brought in by Davis Elementary. People, this is huge because the kids raised $6000.00 over the course of ONE WEEK! Isn't that amazing?! We are so thankful to all the kids and parents of Davis. You guys rock!

Chipper is the celebrity spokesperson for Cure Finders, and Waffle House is a major sponsor. Today Chipper, Homer (Mascot for the ATL Braves), and Waffle House came out to Davis Elementary. I must admit I didn't think this was going to be as big of a celebration as it turned out to be, but boy was I wrong. What a special day for all the kids at Davis. The kids were so pumped to see Chipper. They were chanting his name over and over...these kids were LOUD too. Chipper was so gracious and patient to take a ton of photos. He spoke to the kids for a bit and explained to them how he became a supporter of the CF Foundation. A few years ago he met an 11 year boy that had CF. Well, 6 months later this young boy passed away from his disease. Ever since then Chipper had been a supporter of the foundation.

Little Bryce had tons of pictures taken. He was the little star of the day. Keep an eye out for a picture or pictures in the AJC. I think the Marietta paper was there as well. Either way - I think you will see Bryce or the whole Jones family in the paper. It was like being a celebrity...or at least for a day! hehe. ;) Chipper had to head off to a game, but Waffle house kept the celebration going by giving out prizes to the kids. Every kid in the school got FREE WAFFLES (word yo!) and some kids got hats, key-chains, or pins. It was a very exciting day for us and for the kids at Davis.

I can't wait to see what the kids at Davis can do for Cure Finders next year!! 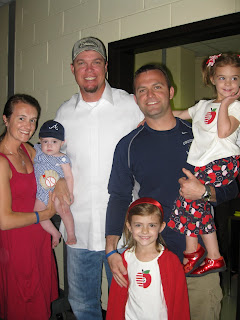 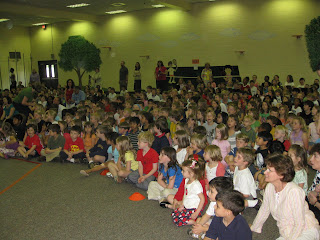 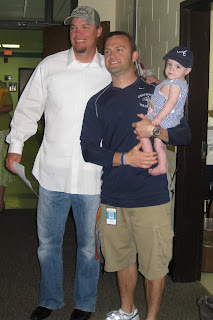 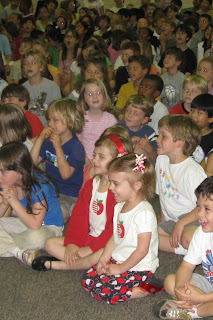 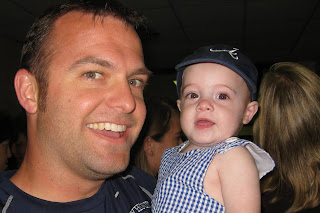 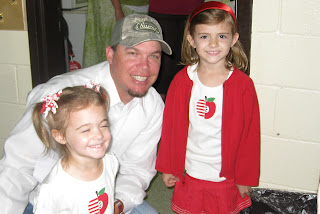 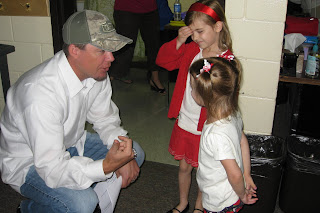 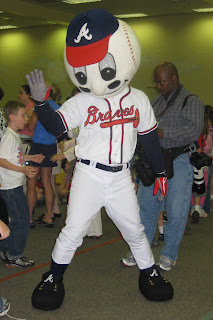 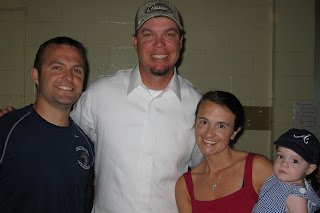 Posted by Jen at 2:56 PM
Email ThisBlogThis!Share to TwitterShare to FacebookShare to Pinterest

OMG that is so awesome Jenny!!! What great pictures! Way to go Davis Elementary!!!