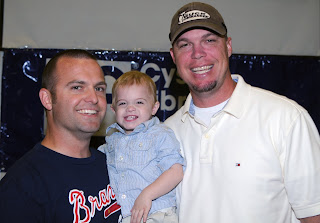 Once again Bryan headed up the Cure Finders fundraiser at his school; Davis Elementary, benefiting the Cystic Fibrosis Foundation. Last year Davis raised the most funds, which earned them a visit from CFF celebrity spokesperson Chipper Jones (and Waffle House!). Well...this year they did it AGAIN!!!

The Davis kids and staff raised $5378.02 this year for the Cure Finders fundraiser. They raised more funds than any other participating school in GA. Once again, they received a visit from Mr. Chipper Jones. The kids were so excited to see Chipper. They kept chanting his name until he arrived. Mr. Fowler's 5th grade class raised the most of any class in the school. For being the top fund raising class they were provided with a delicious lunch from The Varsity and ALL the kids in the school got a voucher for free food at The Varsity. How cool is that?!

Thank you to all the Davis parents, staff and KIDS for supporting the Cystic Fibrosis Foundation! 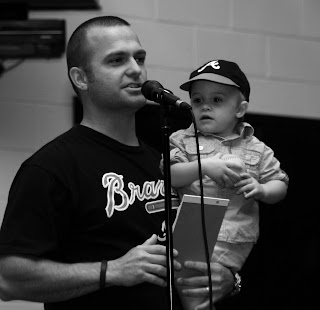 Bryan introducing Bryce to the kids as the inspiration to participate in the Cure Finders program. Bryce kept saying "Big Boy" in the microphone. I'm not gonna lie...it was pretty darn cute. 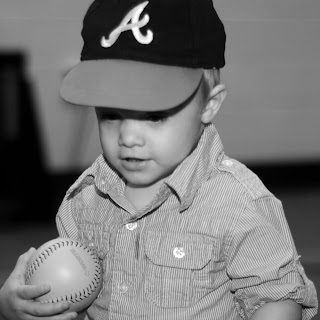 Bryce was sporting his Atlanta Braves hat just for Chipper...along with a pink baseball. SERIOUSLY in need of a boy cousin. ASAP. (This was a shout out to my sister-in-law. Ahem.) 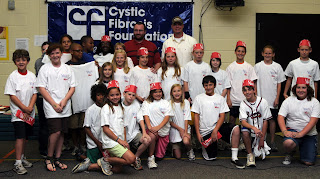 Mr. Fowler's fifth grade class. Out of all the classes at Davis they raised the most funds! Way to go! 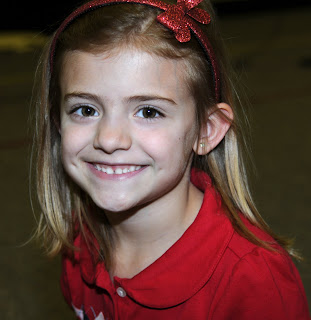 Love this picture of my Sydney. She was so excited to see Chipper. 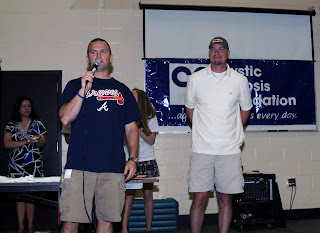 Bryan introducing Chipper. He also asked him some questions that the kids has submitted beforehand. I thought the kids asked some really great questions! 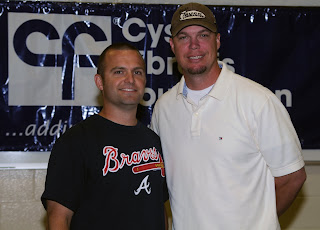 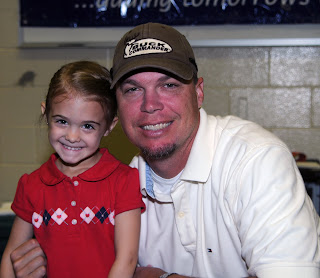 Jordyn getting in on a solo shot with Chipper. 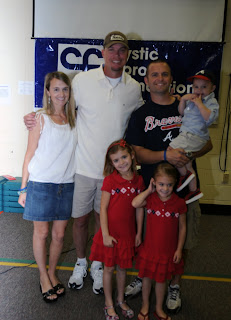 Our whole gang with Chipper. 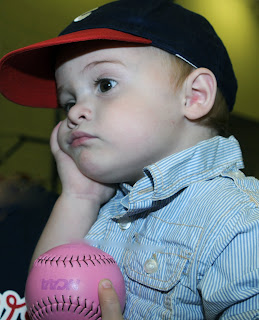 Bryce is clearly bored at this point, but still holding tight to that pink baseball. Such a cutie pie. 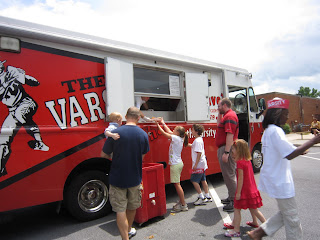 The kids getting lunch from The Varsity truck. Yum...but dang did it kill our stomachs later. Note to self: NO MORE VARSITY. ;)
Posted by Jen at 6:53 PM
Email ThisBlogThis!Share to TwitterShare to FacebookShare to Pinterest