Bryce and I headed down to CHOA on Monday February 2nd for his first clinic of 2015. Bryce ended up setting the bar high for the remaining 3 clinics of 2015 because he killed it. Basically - he is kicking some serious CF butt and definitely showing CF who's boss.

When they took him to triage to get his weight, height, oxygen levels, etc I was pleasantly surprised to learn that he had gained four pounds since his November clinic. That's FOUR pounds in 3 months! His BMI at a solid 75%, which is amazing. Thankfully Bryce has been branching out in his food choices and getting to him to eat is not AS difficult as it has been in the past. We still struggle, but he had come a long way from where we were and I'm very proud of him. Overall since being on Kalydeco his food choices have increased and his appetite has increased, which can clearly be seen in the steady weight gain he's had since starting the drug. I've had to adjust the elastic tabs on all his jeans to give that growing belly of his more room. Woohoo! 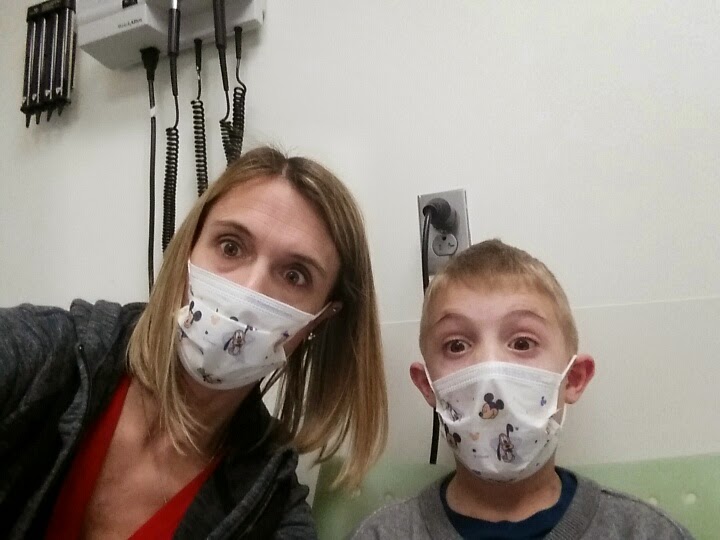 His lungs sound good, which thankfully is usually the norm for him. He does have some slight swelling in his sinuses, which is also the norm for him, especially this time of year. With that said his sinuses aren't nearly as gunked up as they usually are. He has sounded so clear and has had zero coughing that I backed off of the nasal rinses and Flonase we normally do this time of year. We are going to go ahead and start Flonase again so we can be ready for pollen season, which will be here in a month.

His FEV went up from last visit. I think this is due to him slowly getting the hang of how to do this test. He blew a 94 last time and this time he blew a 110. I feel pretty confident that he can blow higher than that, but he isn't great at blowing all the air is out of his lungs. He definitely did better this time so we are happy about that. 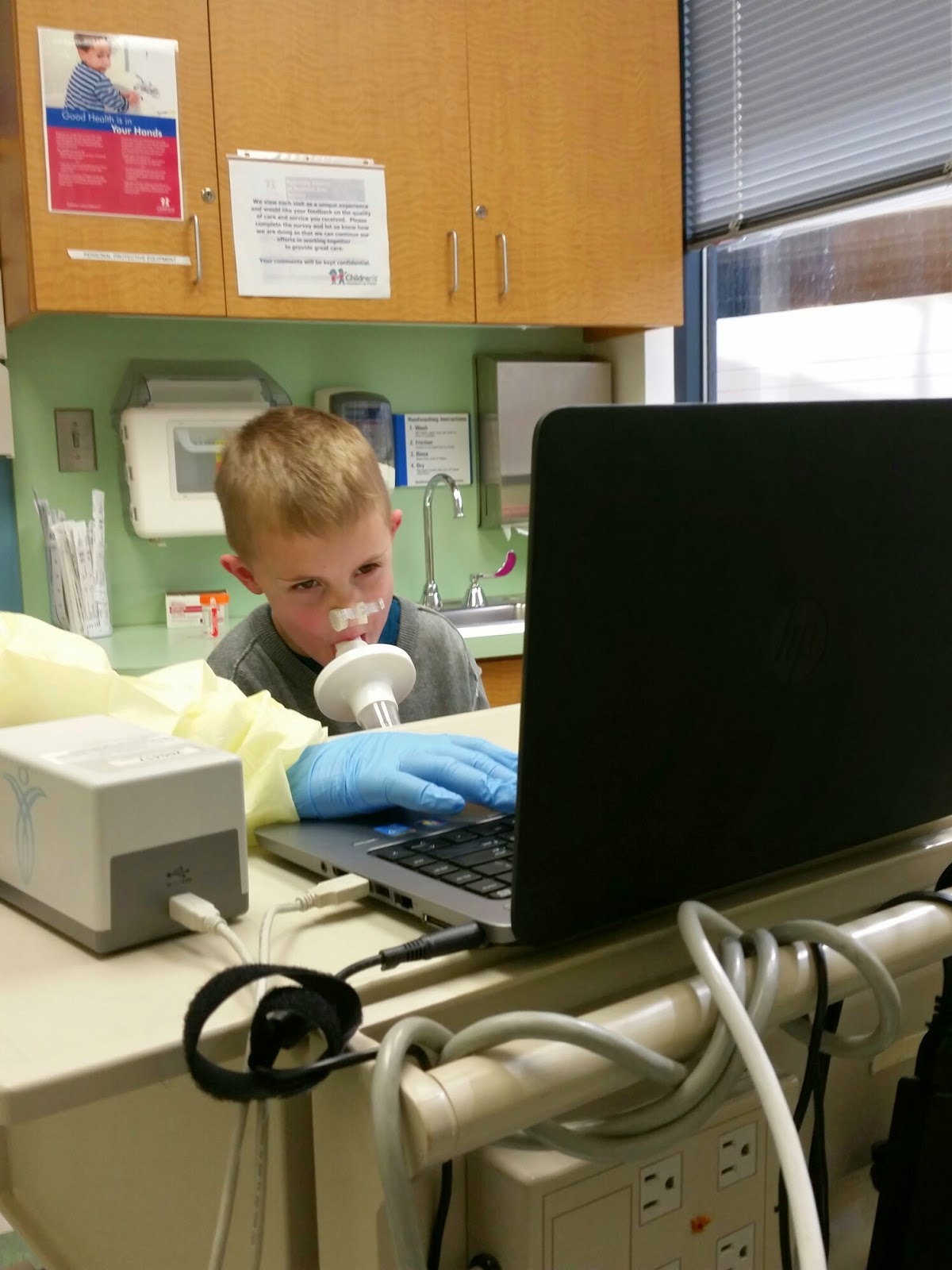 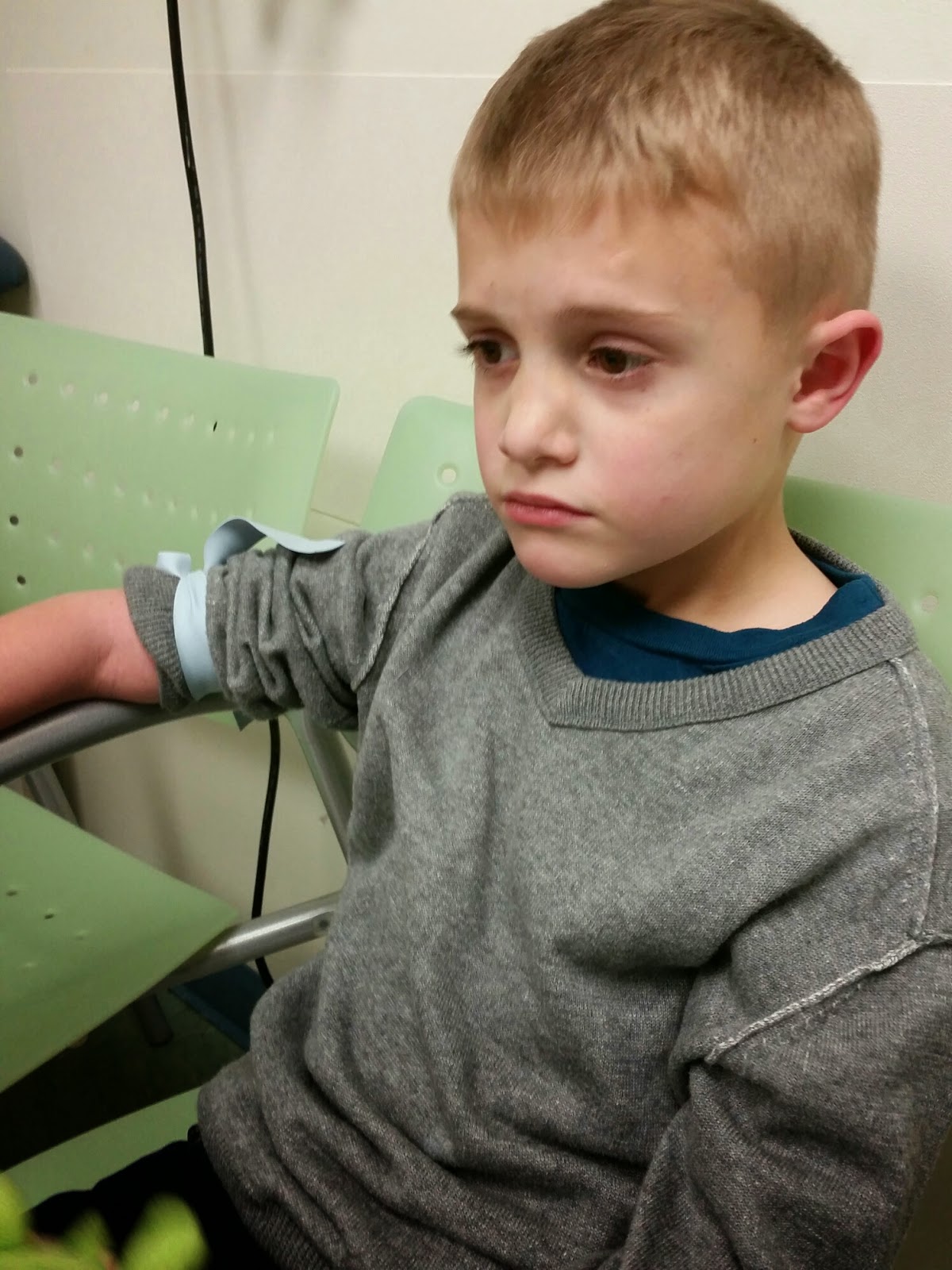 A little nervous...
Getting mentally prepared to be poked. 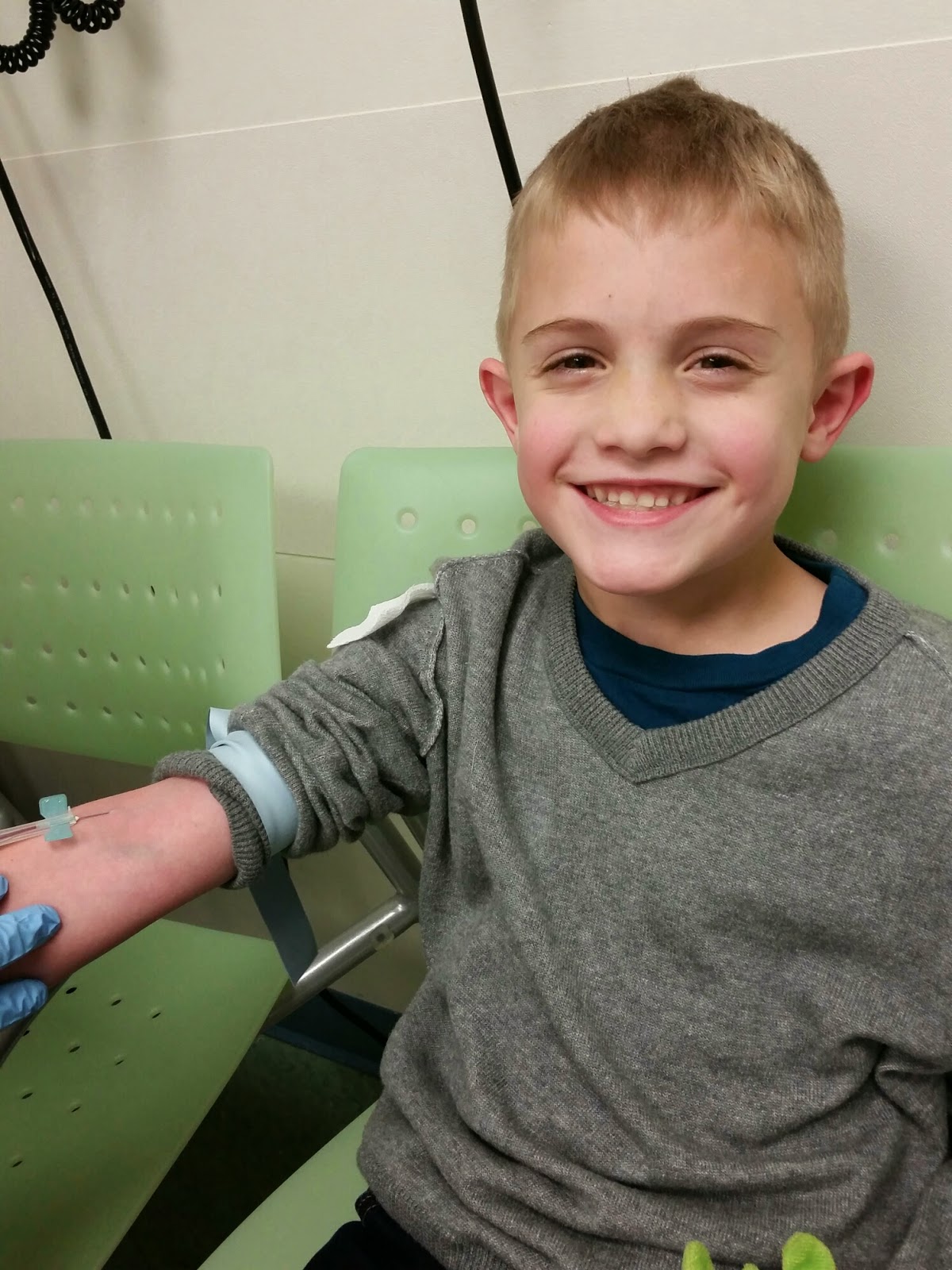 Needle is in and the blood is flowing. No big deal.

This was hands down one of the fastest clinics we have ever had. We got there at 12:50 and were home doing homework by 3:30. I guess that's what happens when you are kicking CF's butt! Now we wait for those culture results. Should have those in by next week. His last culture was clear and I'm hoping this one shows the same. Fingers crossed! Thank you to all for your continued prayers for Bryce's health and for all the phone calls and texts checking in on him. Means so much to us. 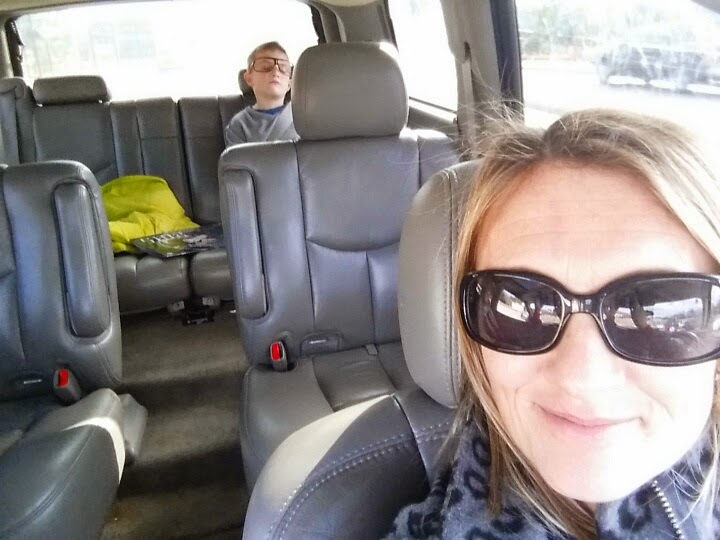 He was talking a-mile-a-minute and then silence. Fell asleep with his "old man" glasses on.

One last thing before I wrap this post up...

Team Bryce Bryce Baby is officially registered for this year's Great Strides Walk. Please save the date so you can walk with us and HELP US FUND RAISE. We are going to need a lot of help to reach this year's goal so get ready. Saturday May 16th on the GA Tech campus. More information to come, but for now save the date!
Posted by Jen at 9:13 AM
Email ThisBlogThis!Share to TwitterShare to FacebookShare to Pinterest