Last week Bryce and I headed down to CHOA for his 3rd clinic of the year. I don't have much to report, which as you guys know is a very good thing. I quote, "He looks good today! No changes in his meds and treatments". 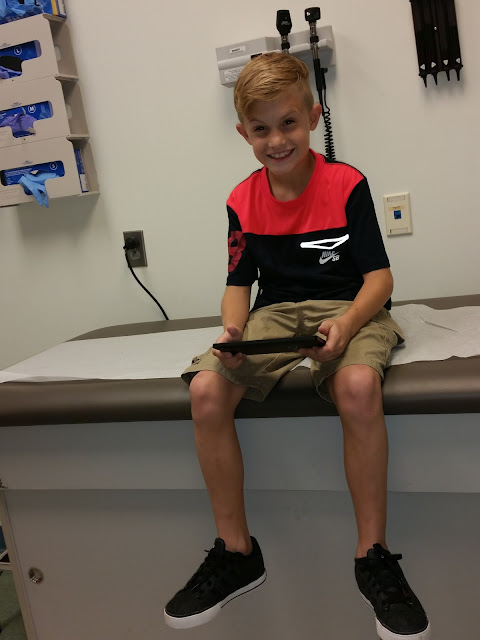 Last clinic there was some concern with Bryce's weight because he had lost some. With that said he had also been sick the week prior and didn't each much. This ended up dropping us below 50% BMI for the first time in several years. So - the goal this summer was to gain weight and thankfully we did just that! He gained 3 lbs from May to August, which is excellent. His height is at 52", which combined with hos weight gain put us back up to 51% BMI. Woohoo! 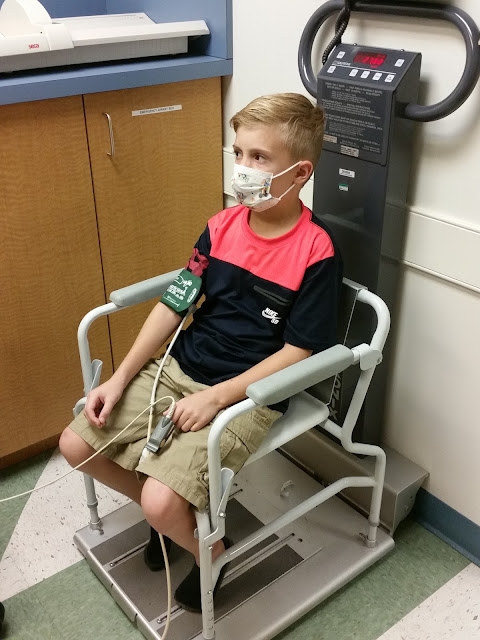 In May Bryce had his annual labs completed. His labs came back with elevated glucose levels and elevated liver enzymes so in June we had to go in for more blood work to recheck those levels. I thought they were just checking his glucose (which was a full glucose test with the sugar drink and fasting that takes about 3 to 4 hours), but they went ahead and checked his liver enzymes as well. I never heard back on the results so I knew everything was good. They confirmed this information for me at clinic, which meant that Bryce didn't need to have any further blood work done this visit. He was pretty pumped to find that out during our visit. 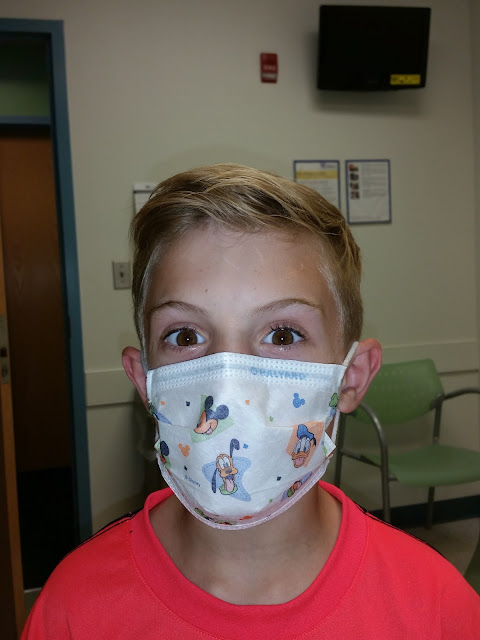 Bryce did awesome on his PFTs (lung function). This was our first visit where I felt like he really understood what to do. We've been at this test for a few years now and has struggled with it. This time he did such a great job on each try. They have a new formula on how to calculate the results so even though his number was a 101% this was his best number to date.

Overall it was a great clinic. We are back in the "Green Zone", which is where we always want to be. Even though this clinic was full of good news and went smoothly it took forever! We were there almost 4 hours, which I was not expecting, but I know it meant some of the other CF families there must have needed the team and that's just fine with us. I ended up having to call my fellow soccer moms to help me with soccer carpool because I was definitely not going to be able to get the kids to soccer on time. We ended up getting stuck in the thick of Atlanta traffic and it took us an hour and 20 minutes to get home. From there we hustled to the fields for Bryce to make the last 30 minutes of his practice. I can say with certainty that I am thankful I don't drive in that traffic everyday because I would go mad! But mostly I am thankful that my guy had a good clinic. We are waiting now on the culture results and of course are praying for clear results. 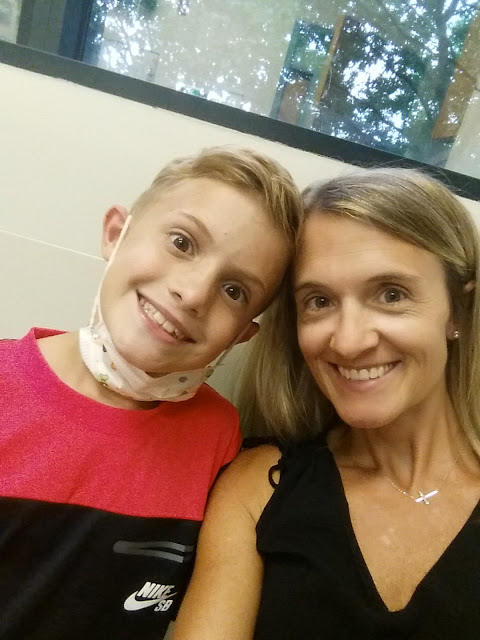 Posted by Jen at 3:37 PM
Email ThisBlogThis!Share to TwitterShare to FacebookShare to Pinterest