Once August arrives it's game on at our house. Between school and soccer things get a little crazy. The regular season for soccer doesn't start until September (still don't have game schedules), BUT August is full of pre-season tournaments, training and a few friendlies. We got really lucky in that each kid had a tournament on a different weekend so I was able to watch every tournament. That doesn't happen often!

The month started off with friendlies against GA Rush for Sydney. If I remember correctly this game ended in a 0 to 0 tie. 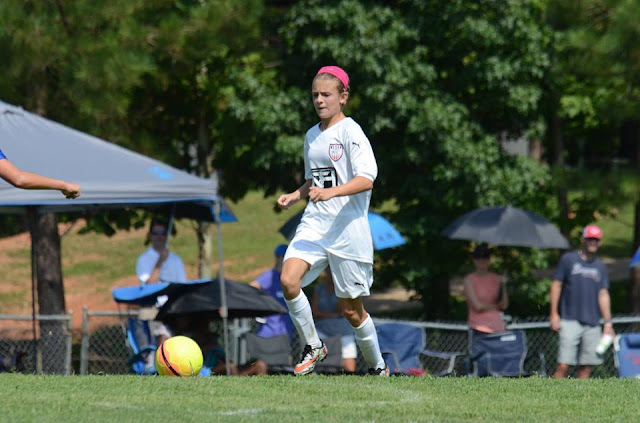 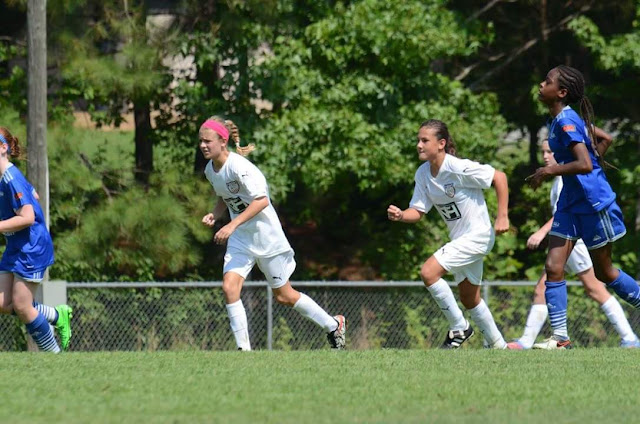 The next weekend Jordyn played in the SSA tournament. Jordyn's team won their first game, lost the 2nd game and the 3rd game. The loses were close and all the games were well played. I'm looking forward to watching how her team progresses throughout the season. 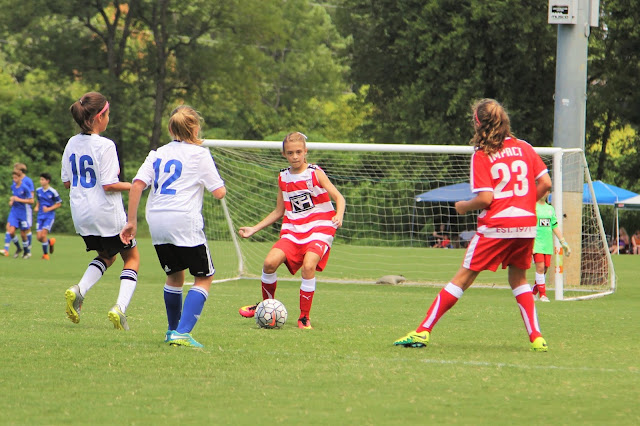 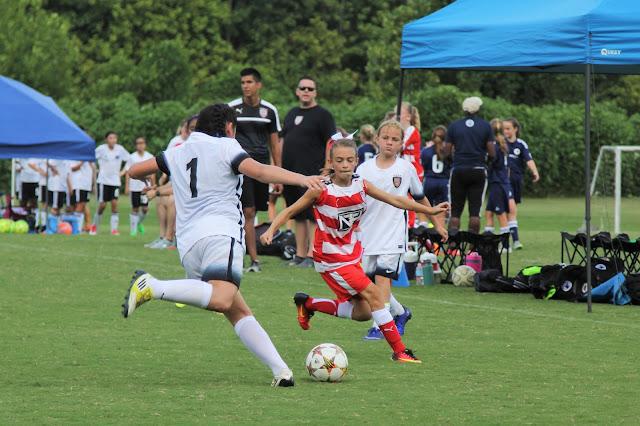 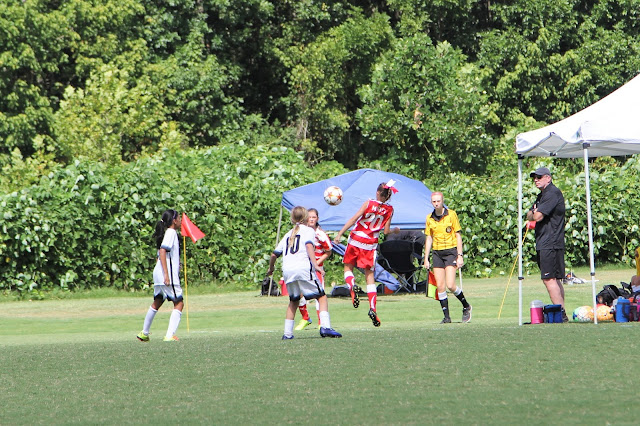 The same weekend on Saturday Sydney had 2 back-to-back friendlies against Gilmer County. Her team won both friendlies and my girl even scored 2 goals. Bryan was coaching volleyball that day and I was with Jordyn at her tournament so my mom took Sydney to her friendlies, which I really appreciated. 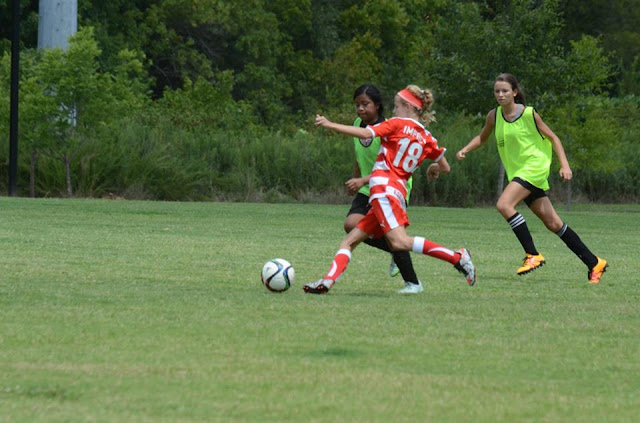 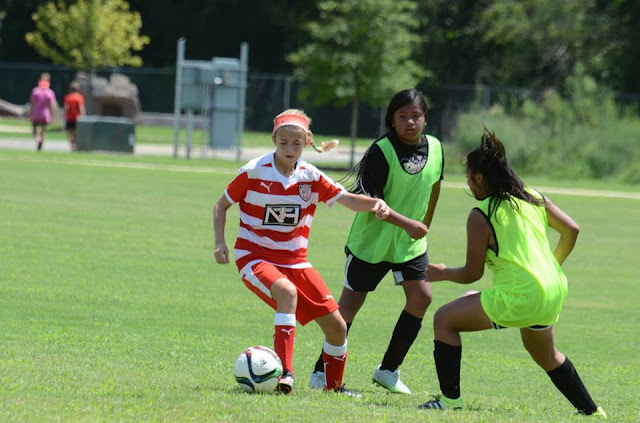 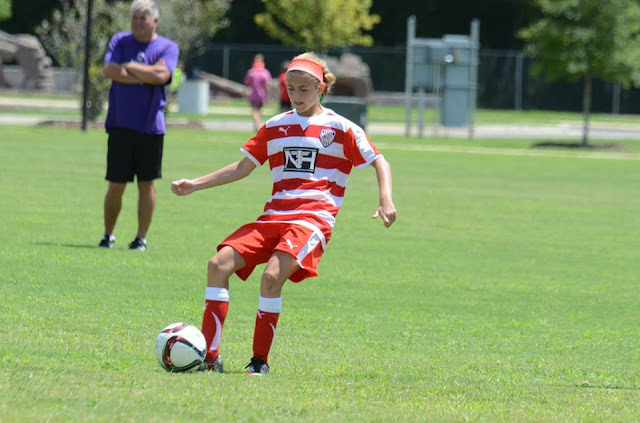 Next up the following weekend was the AFC Lightning Tournament out in Fayetteville for Sydney. The girls won their 1st and 2nd games on Saturday. They lost the 3rd game on Sunday, which resulted in a 3-way tie for the finals. Unfortunately we lost the tie. One of the teams we beat on Saturday ended up winning the tournament so I would have loved to see our girls battle it out for the final. Next time! 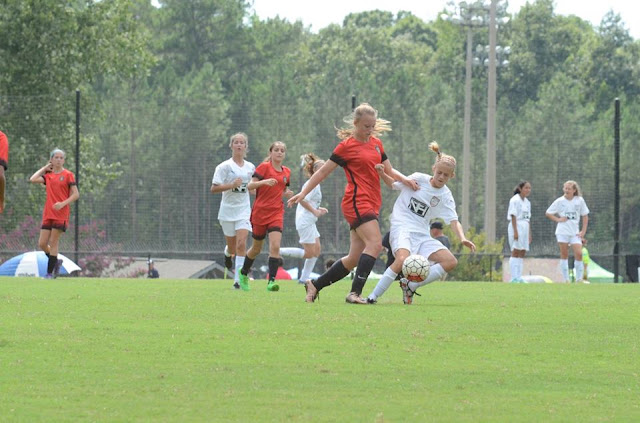 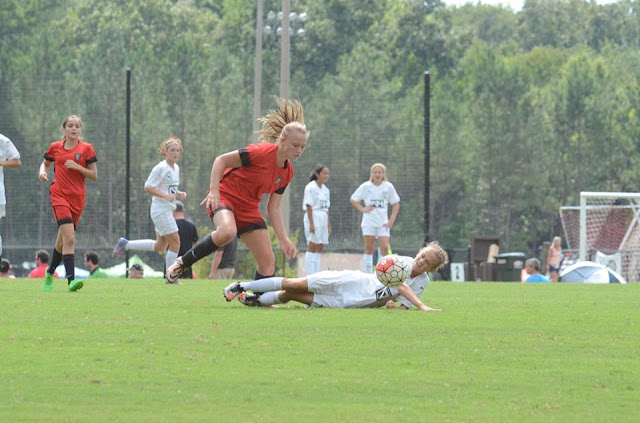 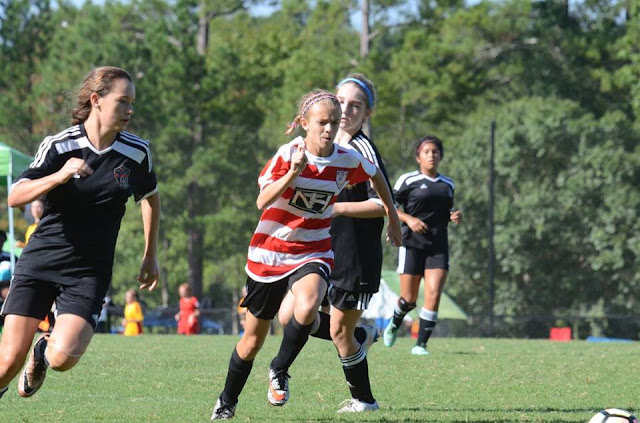 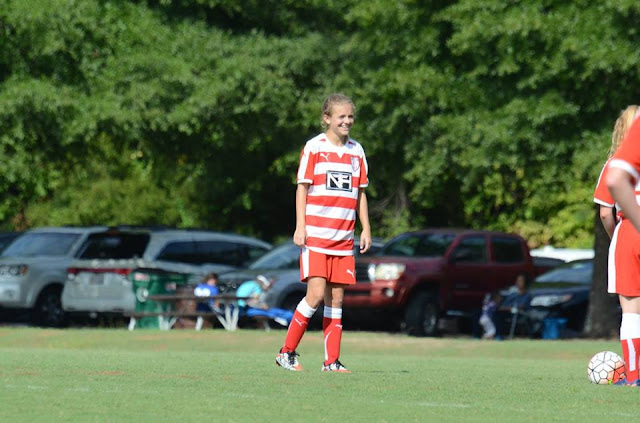 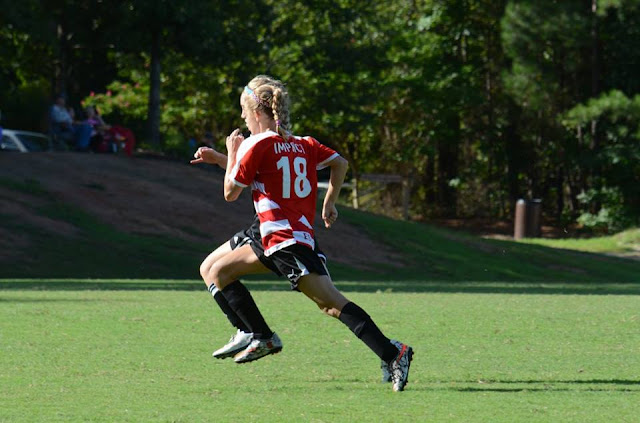 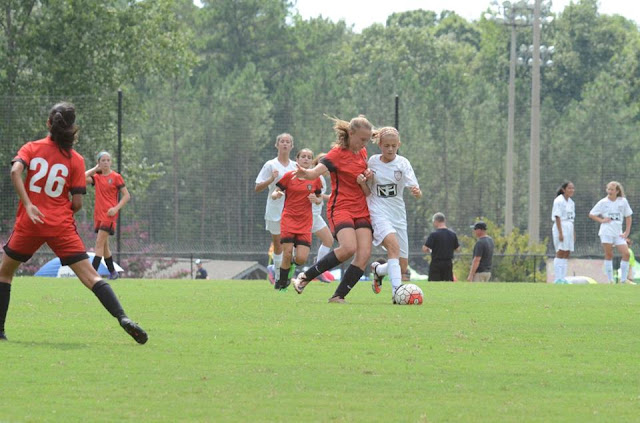 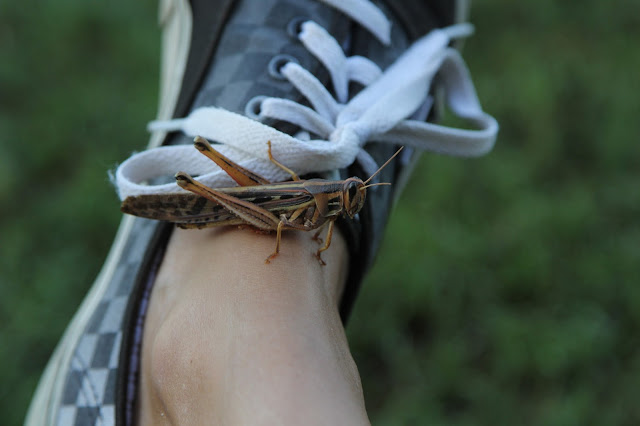 This guys crawled right onto my ankle. I felt something on my leg and looked down. At first I thought it was a snake and almost...almost lost my stuff, but thankfully I zoned in before I embarrassed myself. Let him sit there long enough to take his pic and then I sent him on his way. I did take photos of Sydney at this game, but Chuck's are way better than mine so I'll let you guys enjoy them.

Last but not least Bryce had his very first academy tournament at the end of the month. The boys played in the NASA tournament and well...they lost every single game. By a lot. It a little painful to watch, but the boys played hard and losing by so much didn't seem to phase them. Ha! Those 25 minute halves seemed to last forever!! The team is young and clearly inexperienced so there is a lot of room for improvement. 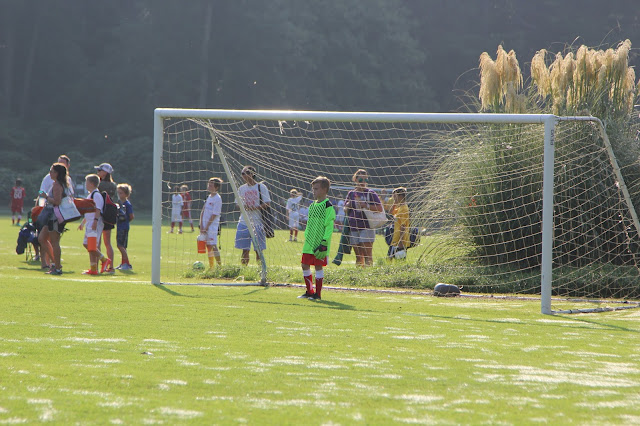 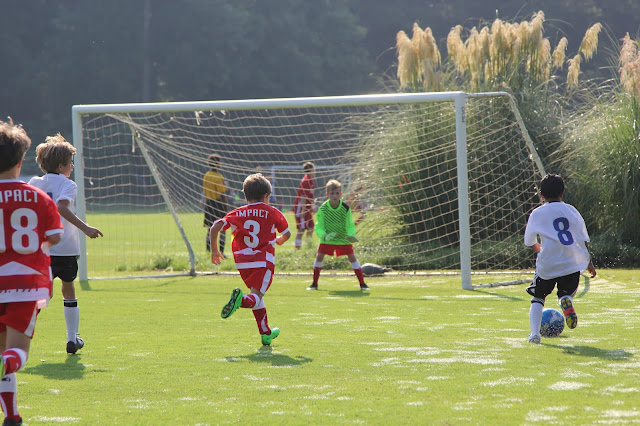 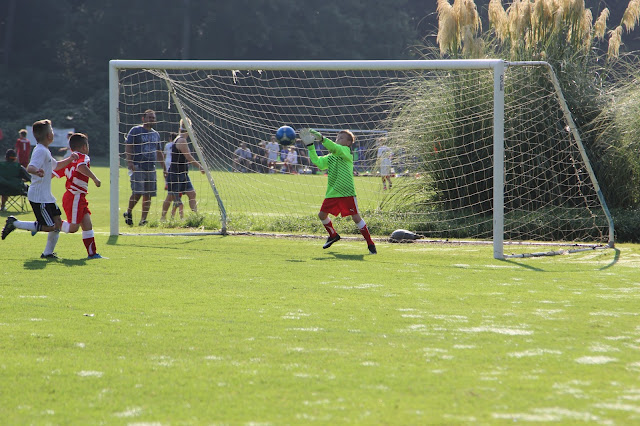 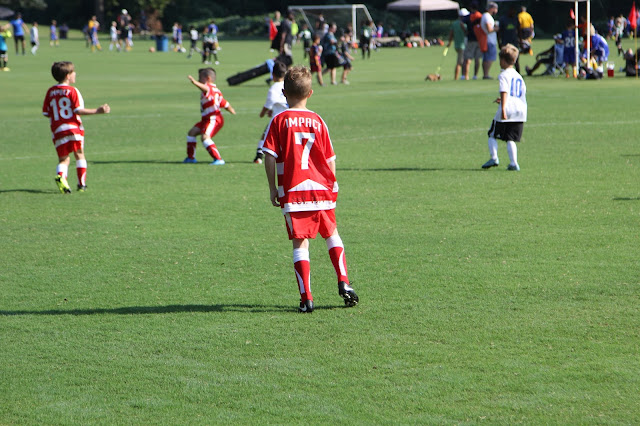 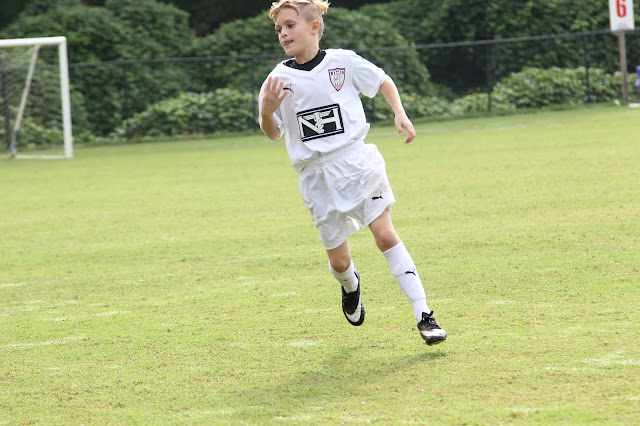 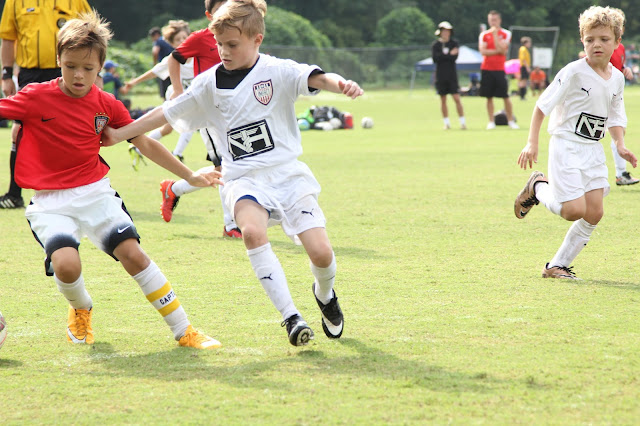 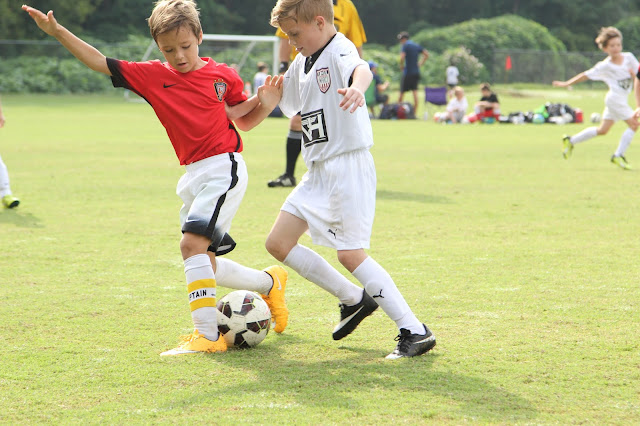 We also celebrated Bryan's birthday the last weekend of the month. We had dinner with his family on Friday night and like a dummy I forgot to take a picture. On Saturday my parents, brothers and our neighbors came over for dinner to celebrate the birthday boy again. Really y'all it was just an excuse to eat more cake and I will always come up with an excuse to eat cake. On top of that my neighbor Krystal brings over a tower of Krispy Kreme donuts so needless to say it was a top night in my opinion. I won't even tell you guys how many of those donuts I've eaten, but it's the weekend so that means it's okay. Right?! 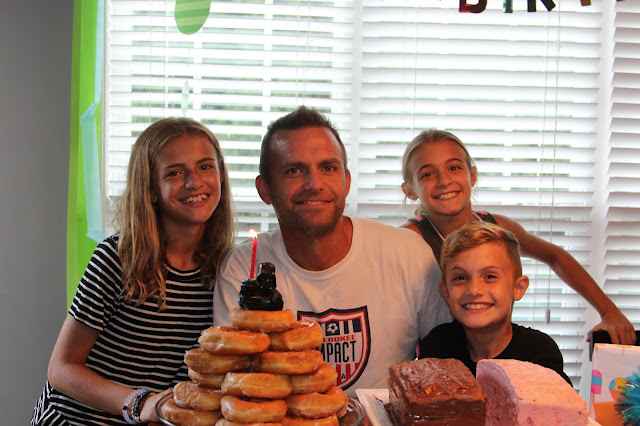 Regular season games are slowly being released so I'm anxiously waiting for all of those to be released so I can start planning who needs to get what kid where.
Did you guys follow that?
Posted by Jen at 6:53 PM
Email ThisBlogThis!Share to TwitterShare to FacebookShare to Pinterest