Bryce's second clinic of the year came around on May 14th. I know I have said this before, but I have to say it again. The new CAP building that we go to for clinic is a beautiful building, but I literally can't stand the drive. It is a pain in the butt drive and takes forever to get there and get home. Our appointment was at 9:00 am. In Atlanta. Umm, yea. That was a SUPER fun drive. We left the house at 7:15 in order to get there on time. Okay, my venting is over.

Let's start with the not so great news first. His weight. Of course. His weight gain is not going up as rapidly as his height, which has resulted in his BMI to drop. We have been on a steady decline for a while now on the BMI. We focus on Bryce's food intake continually. There are times he just isn't hungry, but I still make him eat; however, it doesn't ever seem to be enough to get us on a solid weight gain trend. It is frustrating to say the least. On to of that Bryce is a pretty active kid so I am sure he is burning calories as fast a we can get them in him. So we will keep working as usual and hope that once August rolls around we throw an impressive number on the scale. They mentioned putting him on another med to help him gain weight, but really y'all...I just don't want to do that. I don't want add more meds unless it is absolutely necessary. 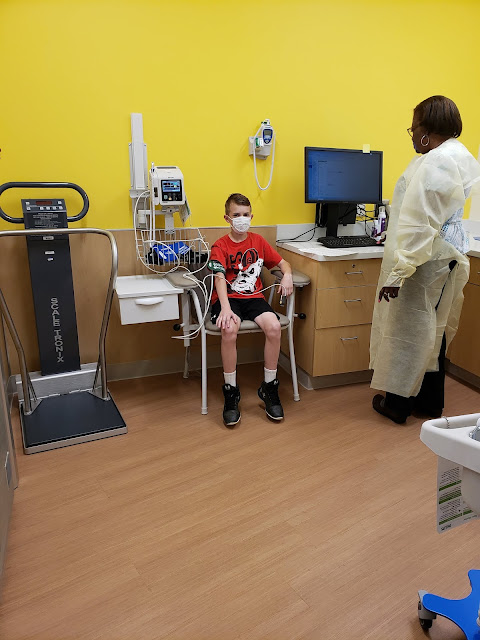 A big reason Bryce's CF team harps on his weight/BMI is because it can play into lung function numbers/health. This is where the good news comes in and this also is where my mom worrying mind is put at ease...

Bryce blew his highest numbers to date. Each clinic he keeps blowing higher numbers than the client before so clearly his lungs are doing very well. He blew a 110% on his 2nd try. The first try was a 109%, which was higher than his best last clinic. 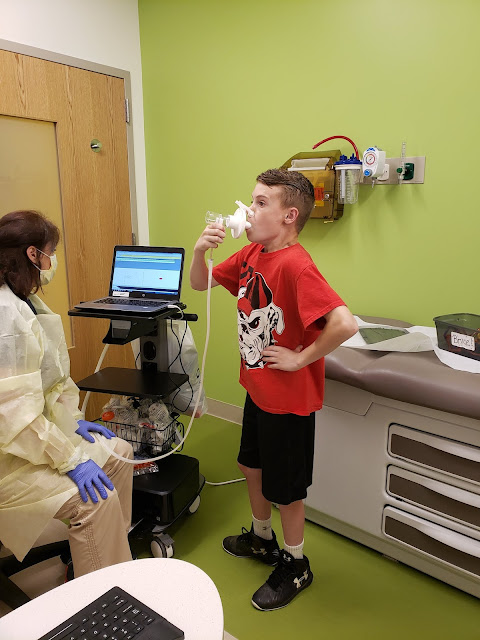 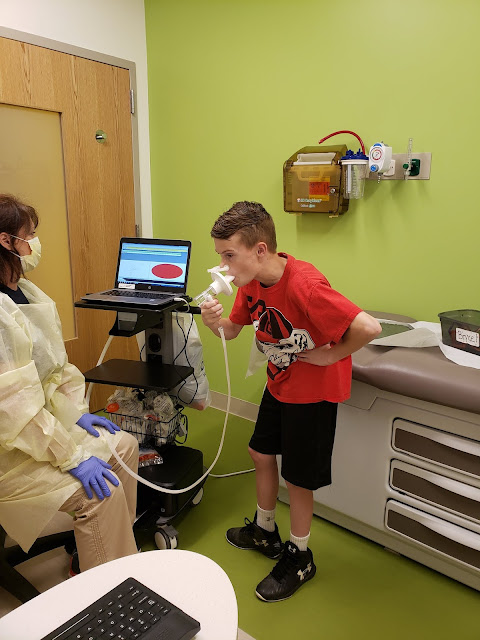 Everything else looked good. Sinuses were clear. Lungs of course sounded great. Other than weight our boy is kicking CF booty as usual! Thank you to everyone who checks in on him regularly and prays for him. Please know this means so much to me! 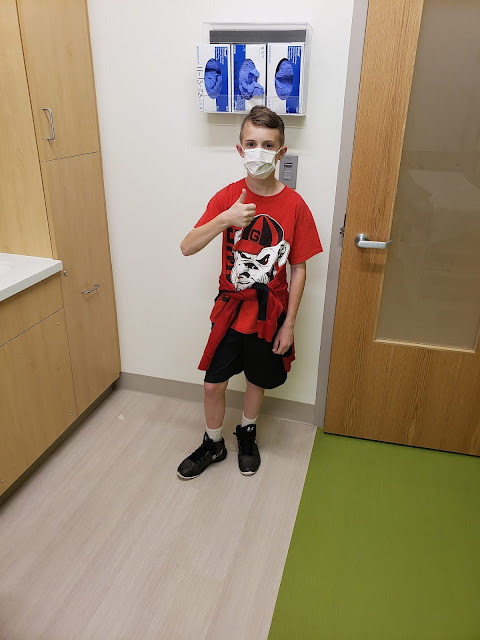 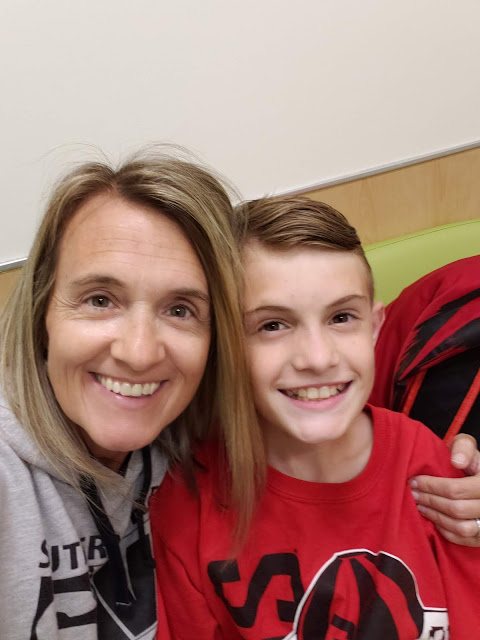 Posted by Jen at 5:18 PM
Email ThisBlogThis!Share to TwitterShare to FacebookShare to Pinterest