Bryce and Jordyn's last day of school was on May 27, 2021. Technically Bryce's last day was on May 28th, but we skipped since it was a half day and the kids finished up finals on the 27th.

She took all honors classes. She earned all A's all year. She didn't have any grades lower than a 95 on her report cards all year. She finished the year ranked 18th in her class out of 641 (Wow). She was the Freshman class Vice President. She made the Varsity soccer team as a Freshman and started every game, but maybe 2? She was a member of HOSA and FCA. At the end of the year she was re-elected as Vice President of the Sophomore class and was chosen as Treasurer for HOSA 2021/2022 school year. And to add on to the school year Jordyn took Spanish III over the summer so she could get ahead on credits and fill that spot with AP Environmental Science for Sophomore year. She also took her Joshua's Law Driving Class this summer and now just has 3 scheduled drives to do with an instructor before her 16th birthday in October. Oh yea, she also competed at Regionals with Sydney's club team (with Sydney's blessing, of course) in the u19/u20 age group.

Whew. Not a lot of down time for her over the past year and summer.

Jordyn would NEVER tell anyone all of the above, but I will. Why? Because we are so proud of her. She works very hard at everything she does and never wants recognition for anything, but the things she does are pretty amazing so yea...I'm that mom that will share her achievements.  Way to go Jordyn on an amazing Freshman year! 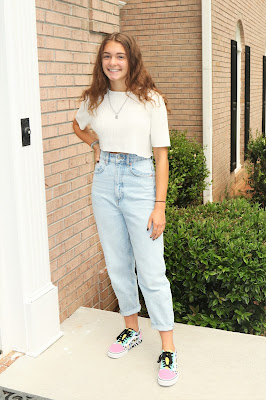 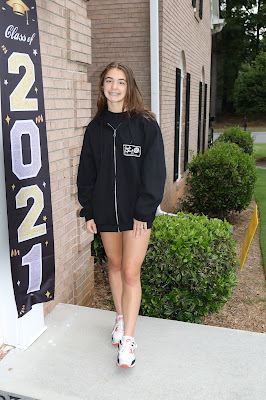 First Day!                                                            Last Day!
Bryce finished up his 6th grade year. He had a great year other than we didn't love his teacher for Math. Bryce's best class has always been Math so he was placed in the accelerated class, but this year Math was a struggle at times. I don't think his teacher's teaching style and Bryce's learning style lined up very well. Bryce pushed through and ended the year with a B in Math and A's in everything else. By the 2nd half of the year I was worn out with homework y'all so I won't even pretend that I stayed on top of Bryce the way I normally would. He pulled out awesome grades with very little effort. And when I say little effort, I mean it. This is wonderful for him, but I warned him that won't fly in 7th grade.
During a crazy school year with COVID, Bryce attended school face-to-face with no mask mandate for students and played a full year of soccer. He was not sick at all this year. I am so thankful for a healthy year when I know many struggled with health issues of various kinds. Way to kick butt in all areas Bryce. Here's to hoping you do the same in 7th grade! 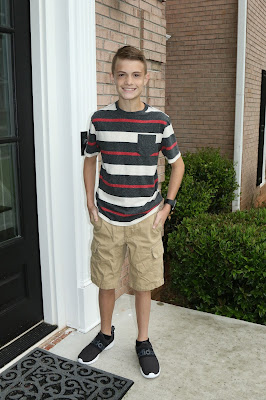 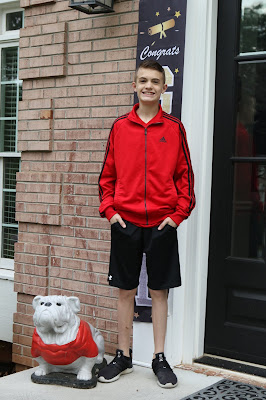 Posted by Jen at 3:05 PM
Email ThisBlogThis!Share to TwitterShare to FacebookShare to Pinterest