I'm going out of order a little here, but wanted to go ahead and give you an actual up-to-date post!

Today was the first day of school for Jordyn and Bryce. This summer flew by faster than any summer we have had before. I'm always a little blue when the kids go off to school. I would say I had company with Sydney still be at home a little longer, but she was off to work this morning too so I was left all alone after the whirlwind that is getting out the door for school. What did I do while I was all alone? I edited photos. I worked out. I deep cleaned Bryan and I's bathroom. Started cleaning Bryce's bathroom and did some laundry. Before I knew it Bryce as home. Jordyn stayed after school for her first Cross Country practice. Oh yes, Jordyn has decided to join the Cross Country team to help with her endurance for soccer. Isn't she amazing?!

First one out the door (along with Bryan) was Jordyn. She's a Sophomore this year. I have no doubt she will kill it this year like she usually does. 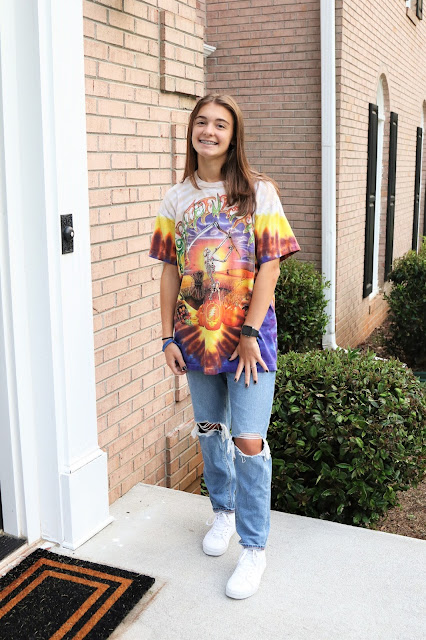 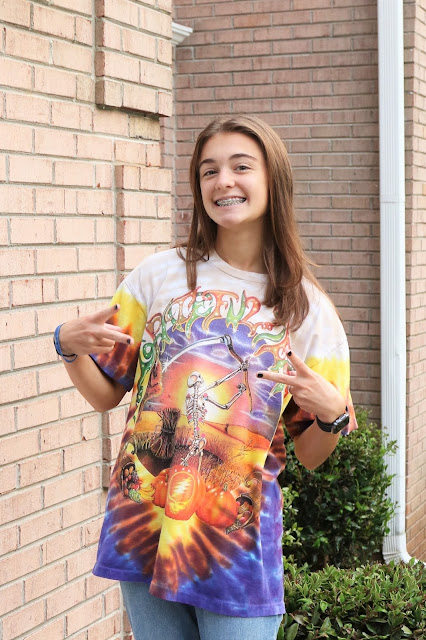 Do you love her vintage Grateful Dead shirt? Jordyn has pretty much taken over any clothing I saved from back in the day. Fun fact about this shirt: My dad bought it for me when I was in high school when I went through a Grateful Dead phase. Haha. He also bought me the hard to find Grateful Dead Beanie Baby, which is safely stored in my attic. ;)
Bryce is in 7th grade this year. He doesn't leave until 8:15, which is nice for him since he can sleep in a little and still have time to do his treatments before breakfast. Seventh grade year is a tough one, but I am feeling better about it after I saw who his teachers are. He has some awesome teachers this year and I think they will be a good fit for him. Fun fact: One of his teachers (won't say who for privacy) is very familiar with CF as his brother had it. Sadly the brother passed away years ago, but it's nice to know he has a teacher that truly understands Bryce's needs not only at school, but at home as well. 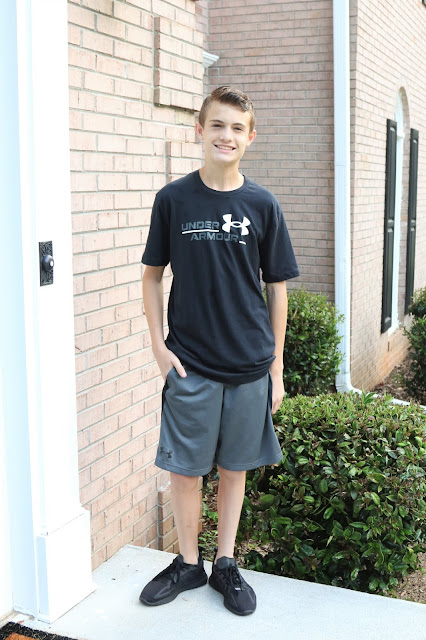 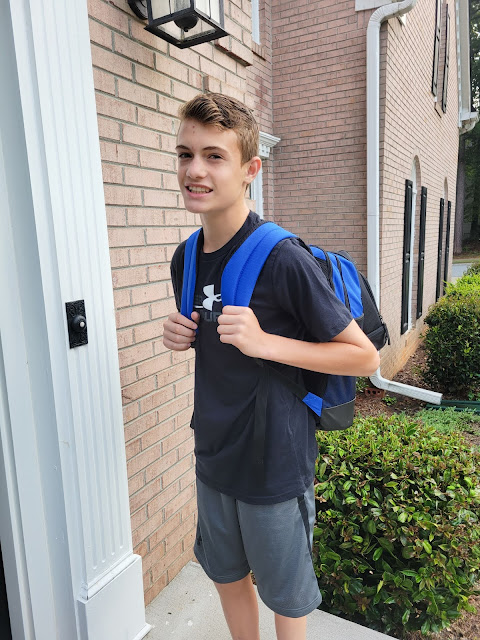 Can you feel his excitement through the computer screen? He was oozing with excitement to be going back to school. He is full on in teenage boy attitude these days.
Here's a funny video by a comedian named Trey Kennedy that gave me the giggles this morning because it is VERY ACCURATE! Enjoy!
Hopefully the video plays correctly. They have a new way of embedding videos so not sure if I did this right. Let me know if it won't play!
Sydney moves into her dorm on Aug 20th. Her first day of classes is Aug 23rd.
Posted by Jen at 5:37 PM
Email ThisBlogThis!Share to TwitterShare to FacebookShare to Pinterest