Ronnie over at Run Sickboy Run posted a really informative blog regarding Kalydeco and I wanted to share it. I know you guys know how excited this year has been with the big news of Kalydeco and how it will hopefully benefit Bryce (once he is old enough to take the medication). It's super exciting and even more exciting to know that Kalydeco may prove to be a "wonder drug" for other mutations outside of the G551D.

You can click on the link HERE.
(Ronnie has a great blog so check it out)
or just read below.

Kalydeco - Can it benefit others??

A couple weeks back, I was able to listen to Dr. Beall (President of the CFF) present about all of the progress that has been made over the years with specific focus on the new drug, Kalydeco. As most of us know, Kalydeco was approved a few months back for those among us who are rocking the G551D mutation (about 4% of the population). He's a good speaker and I can see how he has spear-headed the fundraising machine known as the CFF. He's passionate, charismatic, engaging and of course, informative.

He gave a very good illustration of what Kalydeco does for the peeps it helps, and why it doesn't work for others. Basically, he had all of us in the room (the cell) pretend we were sodium and chloride and the door to the room represented the protein which opens and closes to allow a natural exchange of different properties from within the cell to the lining of the airways. Those with the G551D mutation have a door that is stuck shut and Kalydeco has shown that it is able to open that door.

I have heard all of this before, but what I haven't heard was what came out of his mouth next. To paraphrase, he said that although Kalydeco is only for about 4% of the population now, they hope that it eventually it will be effective on between 16 and 20 percent of the population. So how could this be? Well that's because G551D is a gating mutation, or "stuck door" mutation, and there are other gating mutations out there. If a CFer's protein is on the correct place on the cell surface and the only issue that the door is stuck, then Kalydeco may work for them. (For those who are wondering - DF508 not only causes a stuck door, but the door isn't even located where it should be, on the surface of the cell). They are currently running further tests to see just how many others may benefit from this new drug.

Which leads me to my last and final point, Dr. Beall wasn't just blowing smoke. In fact, I exchanged an email with a momma in the community whose daughter is currently taking Kalydeco and does not have the G551D mutation. So is it helping her? It seems so! Her FEV1 is up 11% which is her highest in three years, and her sweat test came back almost 30 points lower. I don't know about you, but that excites me to no end. Not only of course for this young gal (who happens to be one of my favorites), but also for others who may benefit from Kalydeco.

I know it's not available to everyone who may benefit, and that sucks, but just know that they are working their butt of to see who will be able to benefit from the drug. In the mean time, do everything you can do each and every day to put yourself in the best position for the day that your "wonder drug" comes out.

SO - with all that being said...doesn't it make you want to keep the good news momentum going for the CF population? One way is to donate to the CFF. I'm making it really easy for you by providing a link below to our Great Strides fundraising page. Join Team Bryce Bryce Baby in "making strides" in the lives of the 30,000 living with CF in the US? Keep in mind one of those totally awesome people is our Bryce and as you can tell - we ain't to proud to beg!! Donate or sign up to walk with us NOW! 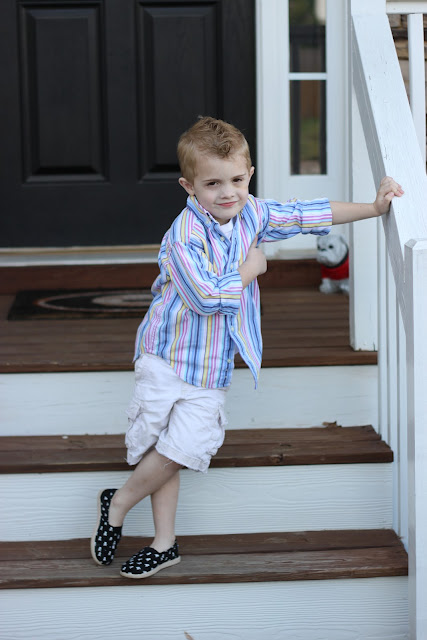 Posted by Jen at 8:42 AM
Email ThisBlogThis!Share to TwitterShare to FacebookShare to Pinterest