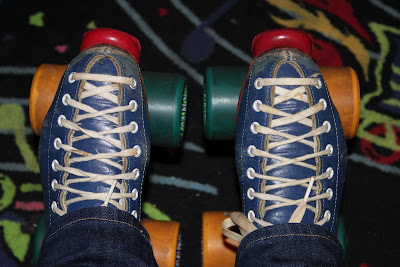 Last night we took the kids roller skating. It was $1.00 night so a family outing of fun cost us $5.00. What a deal! The kids lasted about 50 minutes. I think they would have lasted longer, but it was rather crowded with tweens and teens so I think the kids were a little intimated by the craziness around them. I grew up in a skating rink as my parents were in the business from the time I was born until my mid 20's. I have promised a skating blog of my history with skating several times and one of these days I will follow through on it. 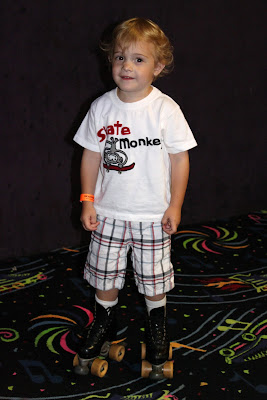 Bryce has on his skates and is ready to rock. The skates he had on used to be my baby brother's skates when he was Bryce's age. My baby brother is now 24...so those are some old skates! 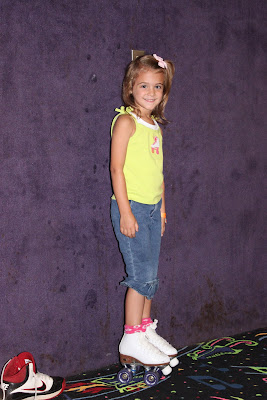 Jordyn all ready to go. Look at how "clean" the wall is she is standing in front of. I cringe thinking of how dirty that place is. Bleck. 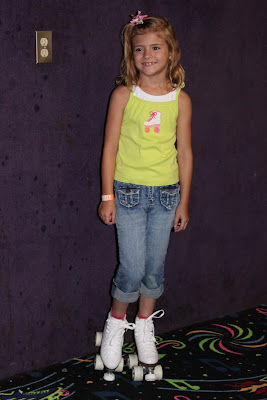 Sydney was so excited to skate. She loves skating and says it is one of her most favorite things to do. 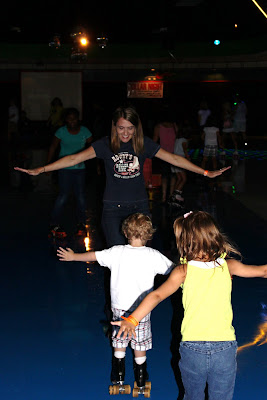 Helping the kids with their "duck walk". Bryce kept stopping to dance to the music and Jordyn would do a fake fall where she would gently fall to the ground on purpose. I think she was over the whole skating thing as soon as she put her skates on. Ha! 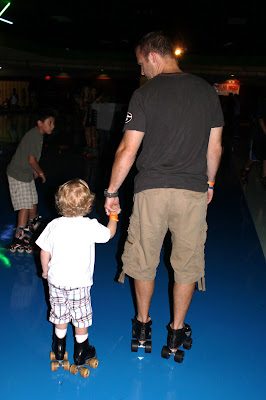 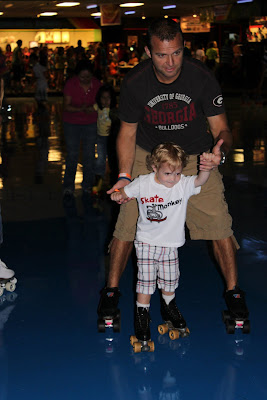 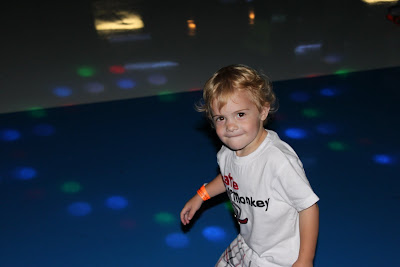 This is Bryce taking a break from his skating (walking) to do a little dance to the music. It was pretty cute. 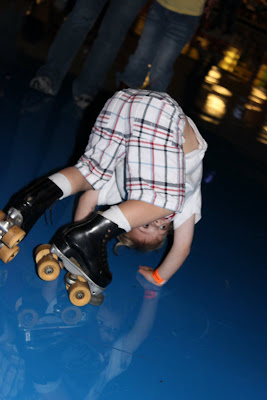 Uh oh! Down he goes. 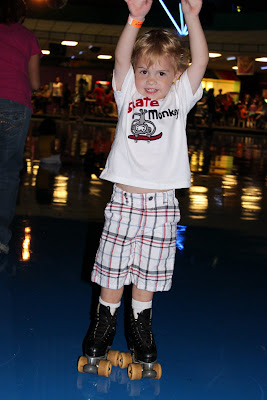 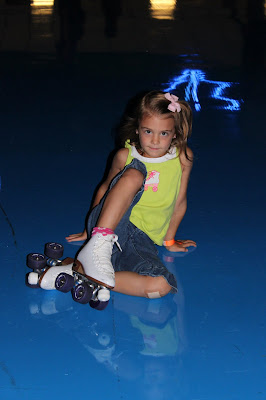 Jordyn after a fake fall. 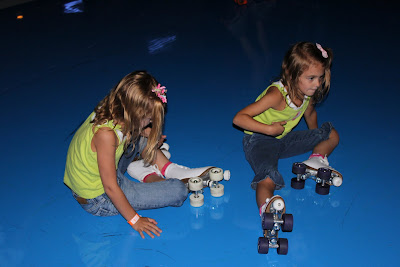 "How fast do your wheels roll?" 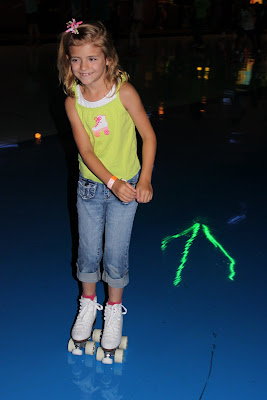 It did not take Sydney long to get her skating legs back. Sydney outlasted Jordyn and Bryce by about 20 minutes. By the time we left she and I were flying around the floor together hand in hand. I fun mommy moment with my Sydney.
Posted by Jen at 8:03 AM
Email ThisBlogThis!Share to TwitterShare to FacebookShare to Pinterest